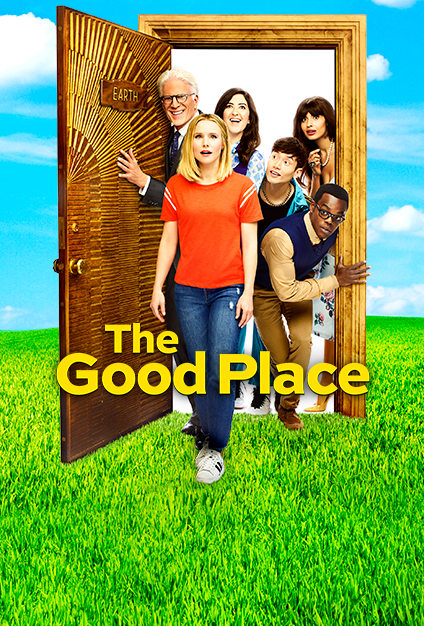 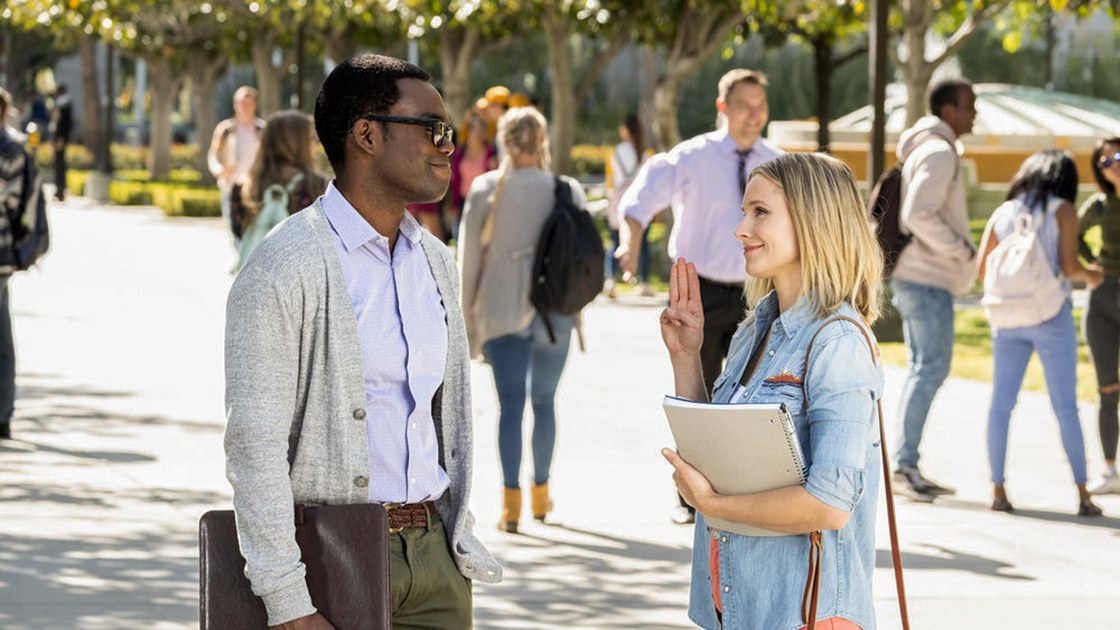 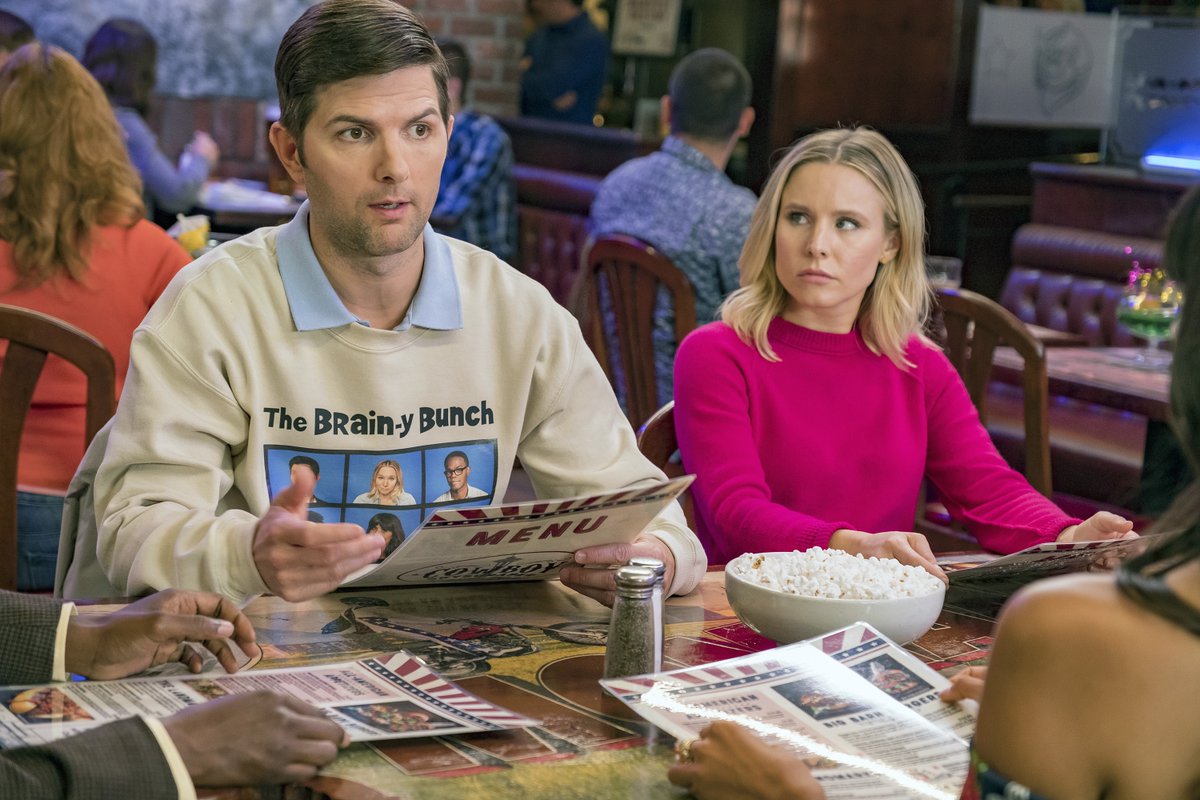 After their down right incredible second season I was more than a little curious about how this season would turn out. The real joy of The Good Place is how every season is drastically different in content while still staying true to the shows sense of humor, core characters and themes of moral philosophy. 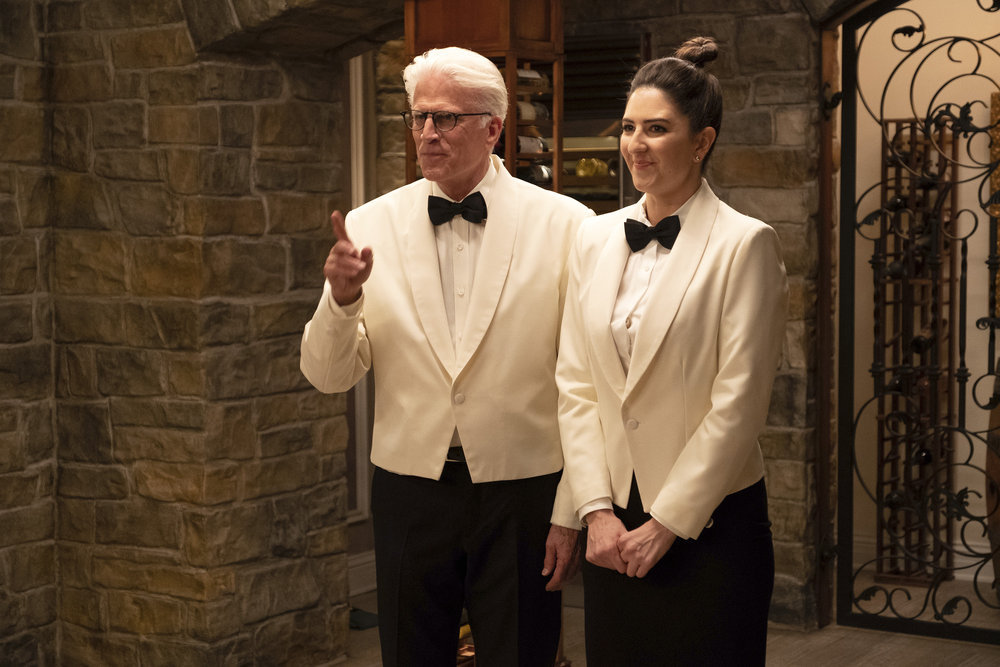 Season 3 opts to explore the usual ideas of morality while on Earth, giving more great moments of the core group of humans interacting and learning together without so much of the original gimmick. 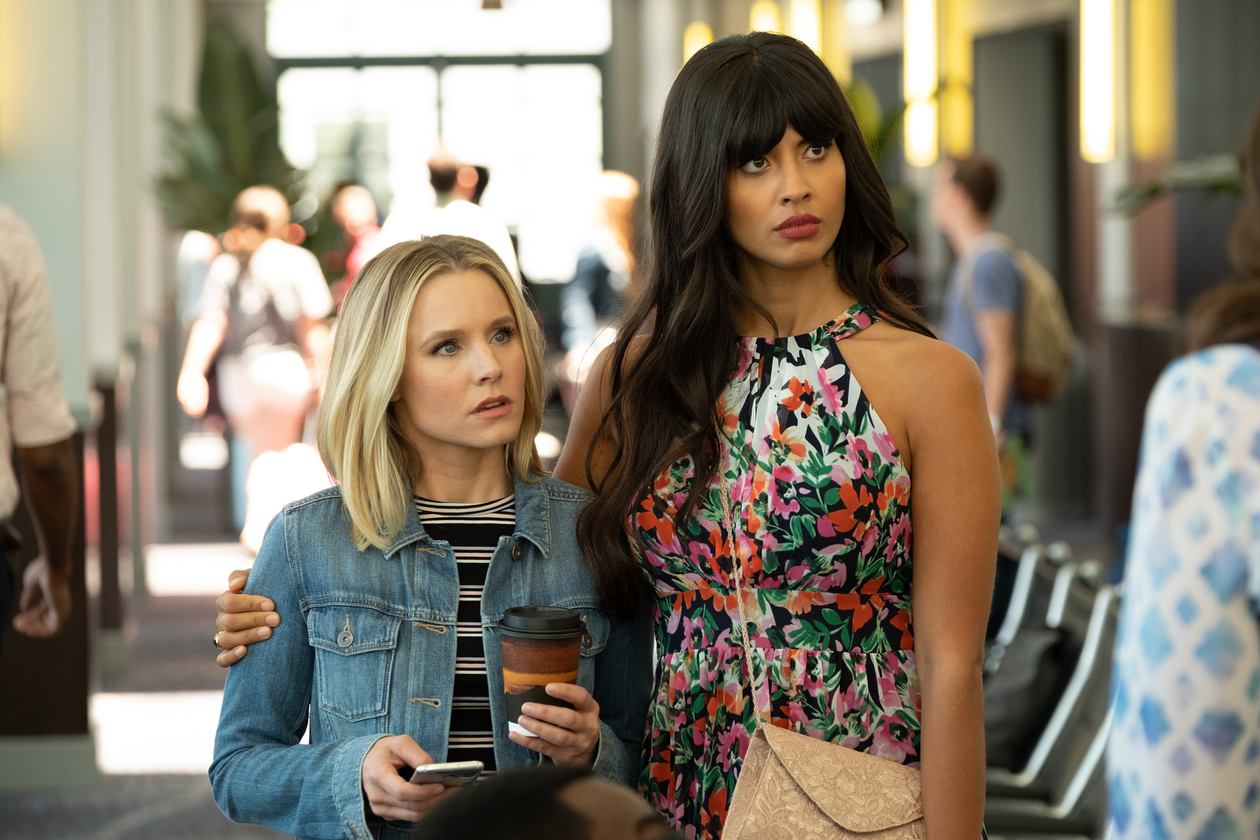 The biggest positive of this show is how well written the interactions between the main cast are managing to be very funny while offering actual incite into the underlying philosophy of the show. By taking the characters out of the crazy afterlife setting for a large part of the season forces the writers to focus on this element and allows the actors to show of their comedic sensibilities. However I would be lying if I said that the later half of the season, where more of the absurd elements the show rose to prominence for came back into play more, wasn’t the more interesting part. I have to give props to the writers for trying something different though and I can’t wait to see where they take this concept next. 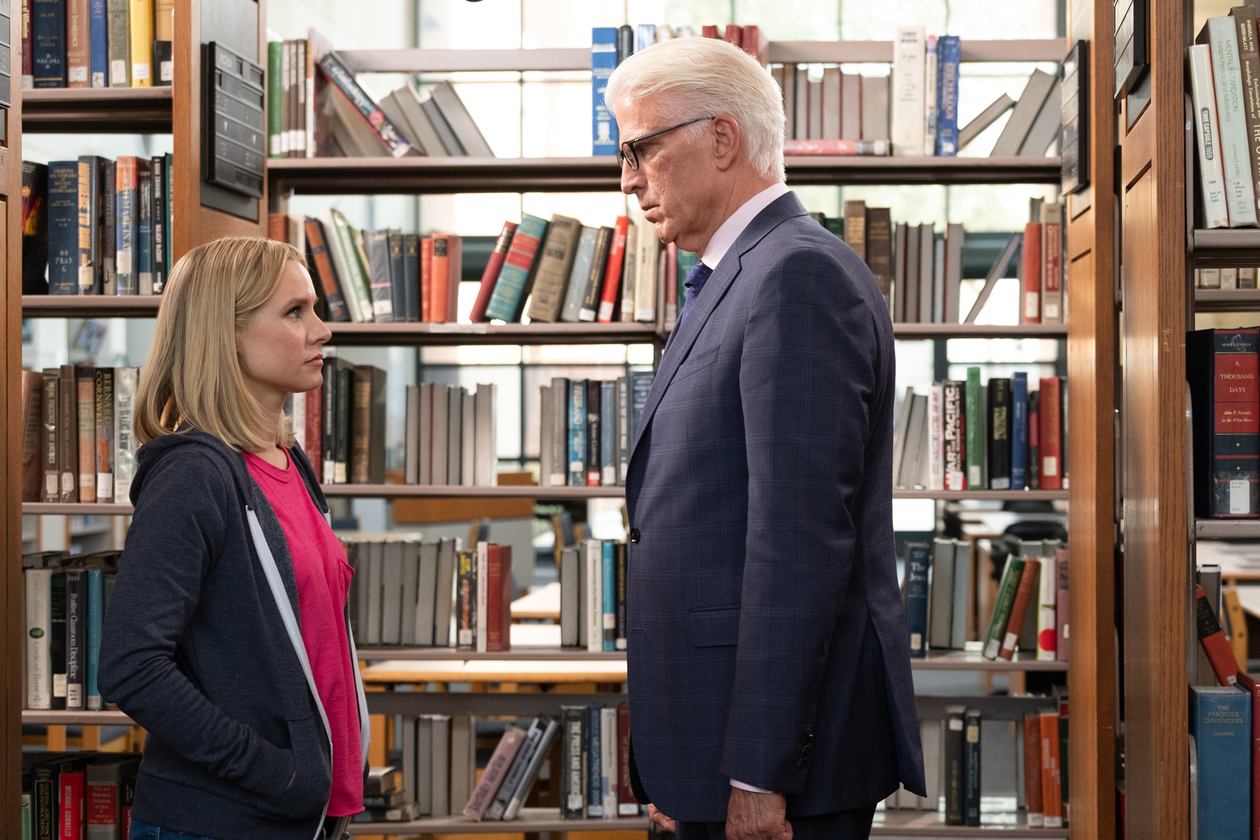 This season is where the cast got to show off more. The character of Jason became far more realised, fleshed out and funny when he had more mundane concepts to deal with. Kristen Bell and William Jackson Harper got to flex their dramatic mussels for larger sections and D’arcy Carden absolutely crushes it in every episode, especially in episode 9 “Janet(s)”. 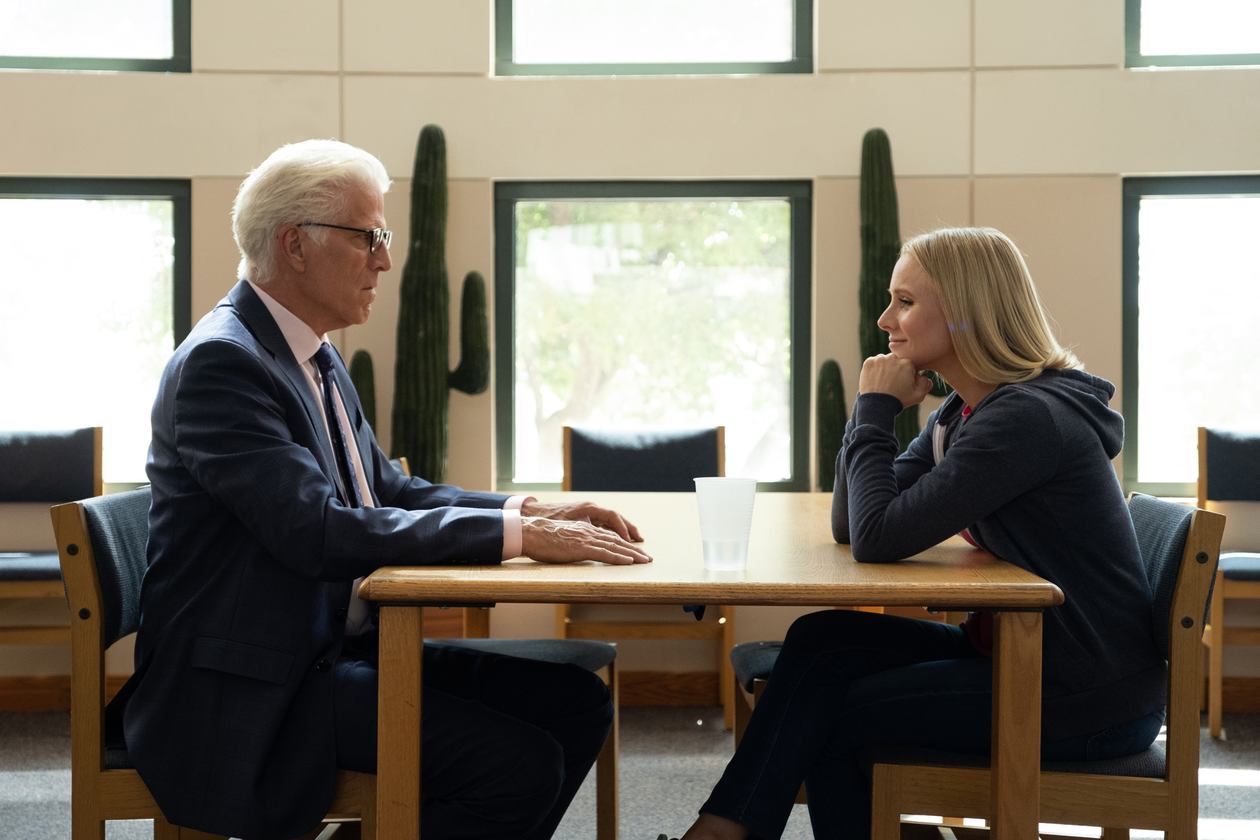 With it’s emphasis on name-drooping actual philosophers and general upbeat and absurd tone, The Good Place continues to separate itself for most of it’s competition.

It is one of those “inspired by a true story” affairs, taking its narrative cues from the tabloid-friendly troubles of Robert Durst, son of a wealthy New York real estate mogul, suspected of committing (or at least being involved in) three separate murders in New York, California, and Texas. Here renamed David Marks (presumably to avoid a nice, fat lawsuit), he is played by Ryan Gosling in a live-wire performance as a free spirit who can imagine no fate worse than going into the family business; he’s handsome and charming, and when he meets Katie McCarthy (a sunny Kirsten Dunst), they hit it off right away. They marry and go to Vermont to live the charmed life, but his father (Frank Langella) turns the screws on him to join the family business, and convinces David that he’ll have to make a good living to keep Katie happy–planting a seed of resentment towards Katie that’s manufactured out of sheer fiction.

As David sinks into his depressing job, a darkness is gradually revealed–a troublesome undercurrent, a deep and somewhat worrisome unhappiness that manifests itself in “voices” both in his head and out loud. Soon, David becomes both psychologically and physically abusive, prone to violent outbursts, capable of losing his tenuous grasp on reality. “Does that girl know how fucked up you are?” a friend asks him. To her detriment, she does not.

The film’s most basic, fundamental strength is how it refuses to give itself away; it is masterful in its ability to slowly uncoil its revelations, to allow dread and misfortune to seep in from the edges of the frame until the situation comes to a scary–and somewhat inevitable–head. But then the film jumps a full 18 years ahead (ballsy), and that’s when things get really weird.

Director Jarecki, who helmed the unforgettable 2003 documentary Capturing the Friedmans, makes the wise choice to play even the most bonkers material straight (with the notable exception of the deliberately, almost comically, melodramatic score, which is like something out of a vintage DePalma picture). His background as a documentarian is one of the film’s greatest assets–not just for his attention to detail and authenticity, but for his refusal to snicker at even the strangest story twists.

He’s also got a real way with actors–Gosling is somehow both impenetrable and impossible to take your eyes off of, and this is without question Dunst’s best work to date. She’s been a little scarce lately, so it’s good to see her from the beginning, and in their scenes of flirtation and romantic glow, she’s cute, warm, and charismatic. But she moves easily into the picture’s darker corners, her keenly-felt performance a stirring slow-motion account of a woman going right to pieces. It’s a tremendous piece of work.