In 2004, the puppets along with the formula are now in the ownership of Andre Toulon’s great-grandnephew Robert Toulon and his daughter Alexandra. Robert and his daughter are both very brainy and very childlike and collect, fix and build dolls and puppets for a living. Ever since Robert inherited his great-grandfather’s puppets he has been trying to create his own life force potion based on Toulon’s diary entries using alcohol and blood (which according to Robert and Alex is sacred). One Christmas Eve, Alex and Robert finally figure out how to make the potion and bring the puppets to life. Toulon explains to the awakened puppets who he is and they are quick to accept their new master.

Meanwhile, an evil toy manufacturer Erica Sharpe was apparently a spoiled child with a father who owned a toy factory and would do anything for her. When she begged her father for him to get her toys that live, when he couldn’t get them he tried to live up to his goal as a nice father and went to the length of getting in contact with Bael (the demon of wealth and profits) in which he made a deal to have toys that live in exchange for his soul. The toys which he was given were found in the darkest corners of Hell and had previously raised a lot of havoc elsewhere. After Erica’s father dies, the toy company is handed down to her. After getting fed up with her rude toy companions who fail to behave or follow any of her orders, she does some research and uncovers Andre Toulon’s epic tale and learns of the living, loyal puppets who are now in the hands of a former employee at her toy factory that she fired: Robert Toulon. She has had a secret spy camera in the Toulon residence for a long time and after watching Robert and Alex finally find the formula and bring them to life, she orders a team of thieves to break into the Toulon residence and retrieve the puppets, but when they do the puppets put up a fight and the workshop is set ablaze where the puppets are burnt by the accident from Six Shooter.

Robert fixes up the puppets with new cyborg parts and powerful new weapons which will come very much in handy. Meanwhile, Erica leads a girl into her trap, by convincing her to open a Jack in the box, only to find out it is Jack Attack. The girl is then tortured by the toys, making Oopsie Daisy rip open her shirt and bite at her breasts. She is then lead to an iron maiden, and forced in there. Erica’s servants activate the trap, and the spikes move forward and kill her. Her blood goes into a well which triggers a demon. Erica becomes bored of life and has another evil plan up her sleeve, using the help of a certain demon, she mass-markets demonic toys which appear harmless on the outside, but on Christmas Day all the toys will awaken and kill. When Bael learns of Erica’s obsession towards Robert Toulon’s puppets he remembers that centuries ago a doctor by the name of Jean Paul Toulon made a deal with him that he’d hand over his soul for the secrets of alchemy but after Bael came to collect the soul, it had apparently wandered deep into a black forest and become lost and entangled with an ancient oak tree. That very tree was the one Andre Toulon used to carve his first retro puppets.

Still being a selfish unforgivable demon like Bael, Jean Paul Toulon’s debt still needs to be paid off so he makes a deal with Erica that in exchange of Alex Toulon’s life he will let her keep the Toulon puppets and bring all the evil toys to life. Robert Toulon discovers the spy camera and has the idea that the thieves who broke into his workshop are connected with Sharpe toys, he goes over to the factory to see what is going on, there he is ambushed by an evil living Baby doll, named Baby Oopsie-Daisy. On Toulon’s return, he discovers his daughter has been kidnapped. Robert assists the help of a friendly police officer Sergeant Jessica Russell who on Christmas Day with the puppets break into Sharpe toys and have a final fight with Erica Sharpe and her demonic minions and Toulon and his loyal puppets. The demonic toys are no match for the puppets and quickly dispatched. Robert frees his daughter from the hands of her evil kidnappers and at sunrise, Erica fails to live up to her deal to bring Alex Toulon to Bael so instead of bringing the toys to life he takes Erica back to his kingdom in Hell where she will become his loyal slave for all eternity. After that, Pinhead was wounded. Saving the day and perhaps the world, the Toulons, their puppets and Jessica head off into the sunrise singing and going out for a Christmas dinner. At the end Baby Oopsy Daisy somehow survived in the well and says “Merry Christmas my ass, and a crappy New Year!” He then pops down. 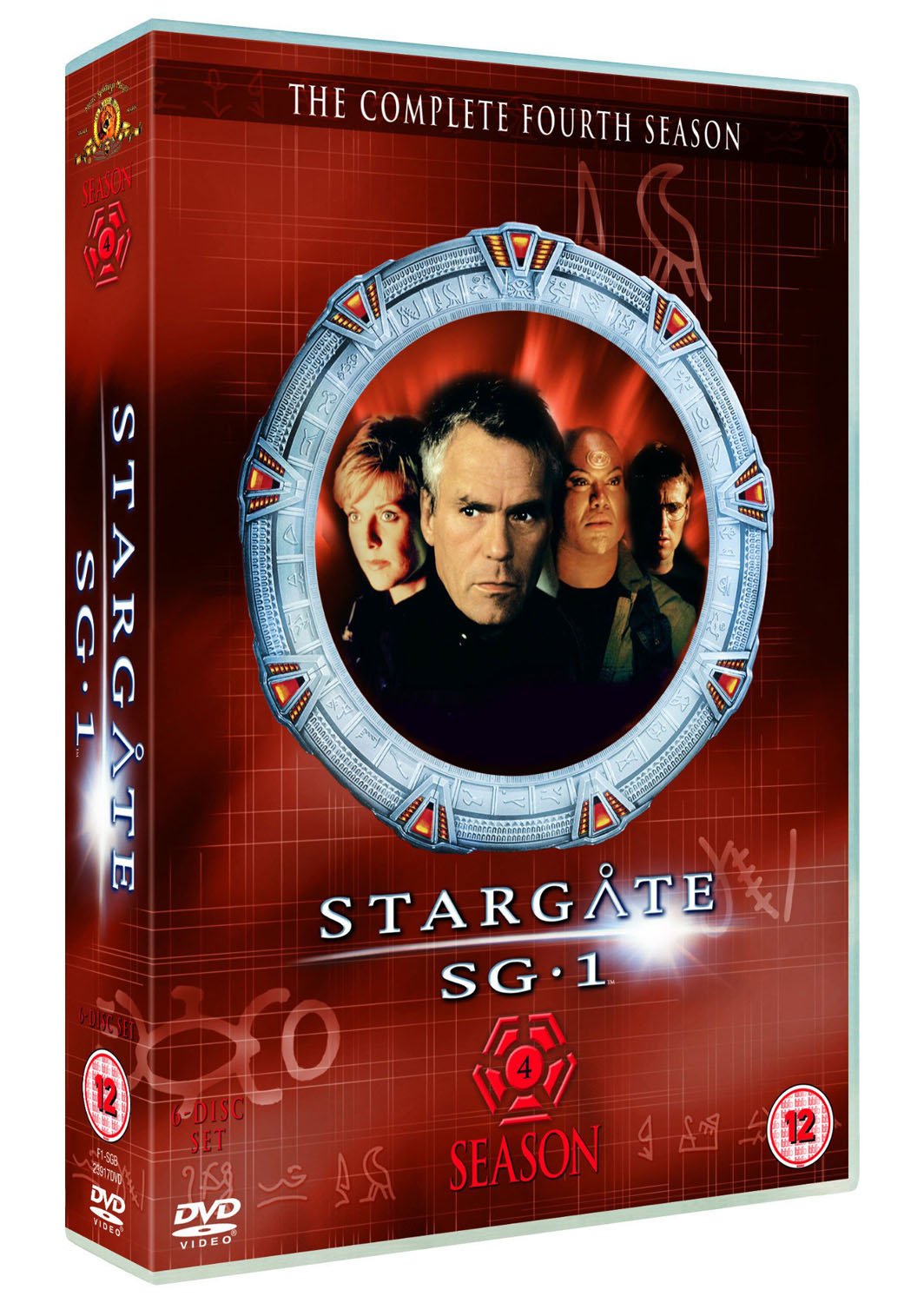 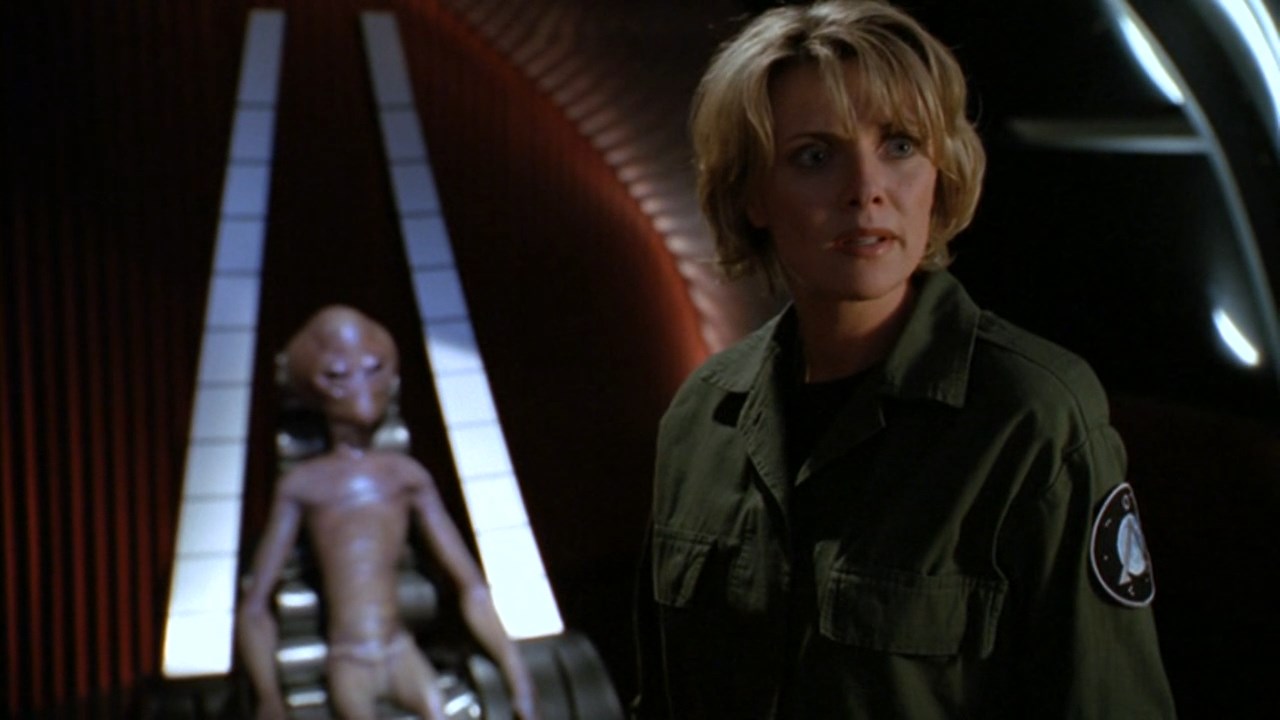 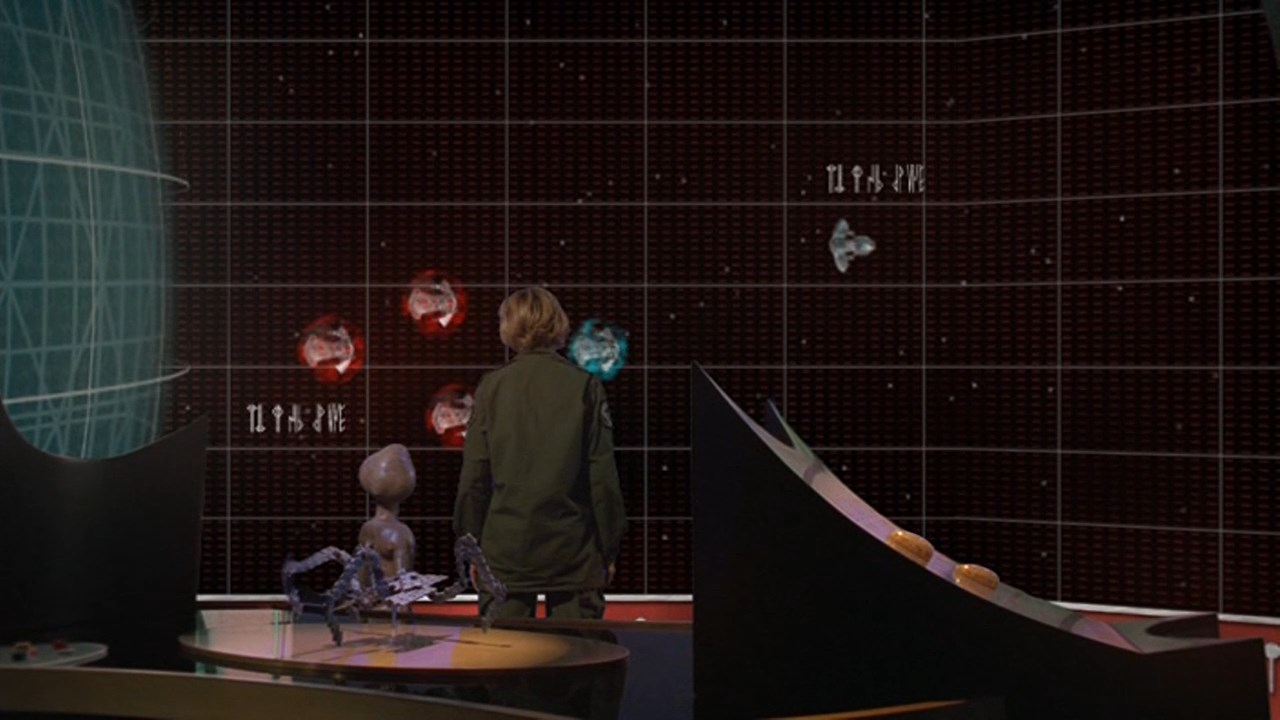 The Replicators. The Russians. The Aschen. These are only a few of the new enemies presented this year, in Stargate: SG-1 (okay, so technically, the Replicators were introduced last year). These new baddies made a lot of trouble this year for the SGC in what is definitely the best season yet. We learn more about the Replicators this year when Sam (Amanda Tapping) is brought to an Asgard-controlled planet to help defend the O’Neill, the Asgard’s newest and most advanced ship ever. Also, the Russians retrieve the Giza gate from the bottom of the ocean from when Thor’s ship, the Beliskner, crashed, while the SGC is now using the Antarctica gate. And, 10 years in the future, an advanced race, known as the Aschen, are quietly wiping out the human race by making humans infertile. 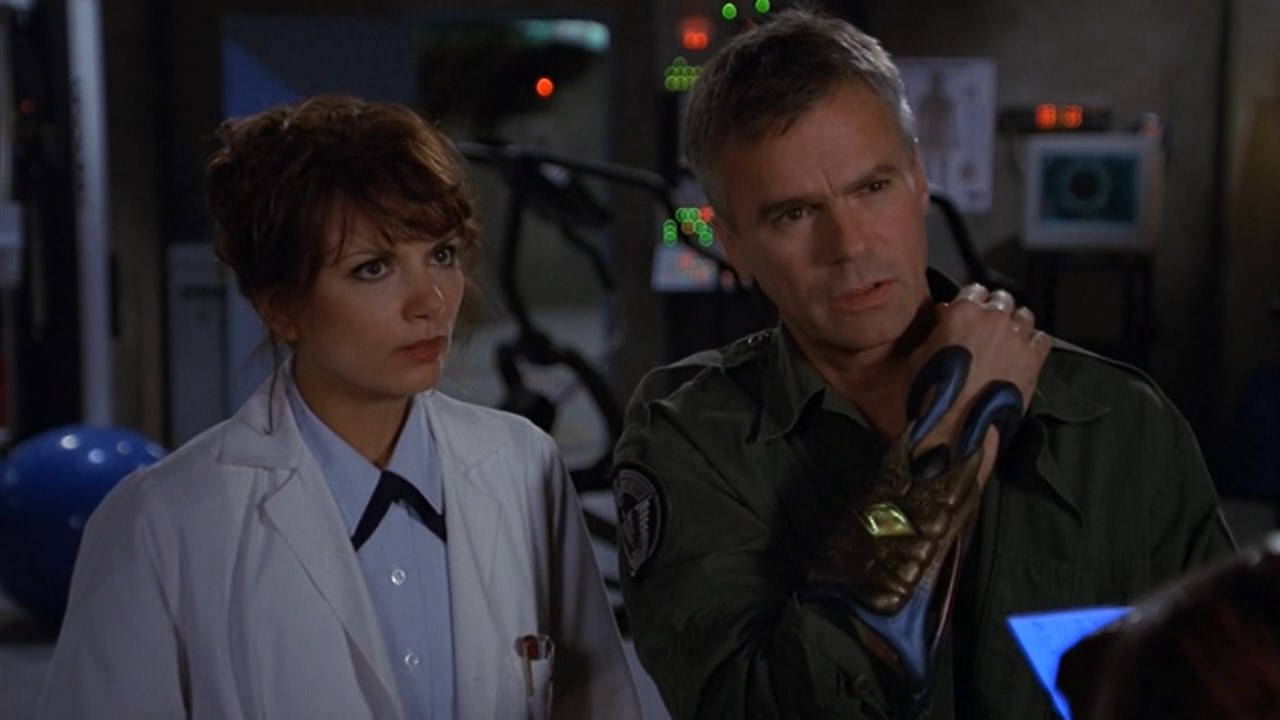 These are just a handful of the amazing new stories that occurred this year. It seems that Col. O’Neill (Richard Dean Anderson), Maj. Carter, Dr. Jackson (Michael Shanks), and Teal’c (Christopher Judge) can never catch a break. This year, not only have their alien enemies become more powerful than ever, especially Apophis (Peter Williams), their enemies on Earth have truly become a threat. Senator Kinsey (Ronny Cox), the man who tried to shut down the SGC in Season 1, has been linked to the rogue sector of the NID, the civillian organization responsible for the theft of numerous alien technologies over the last few years. 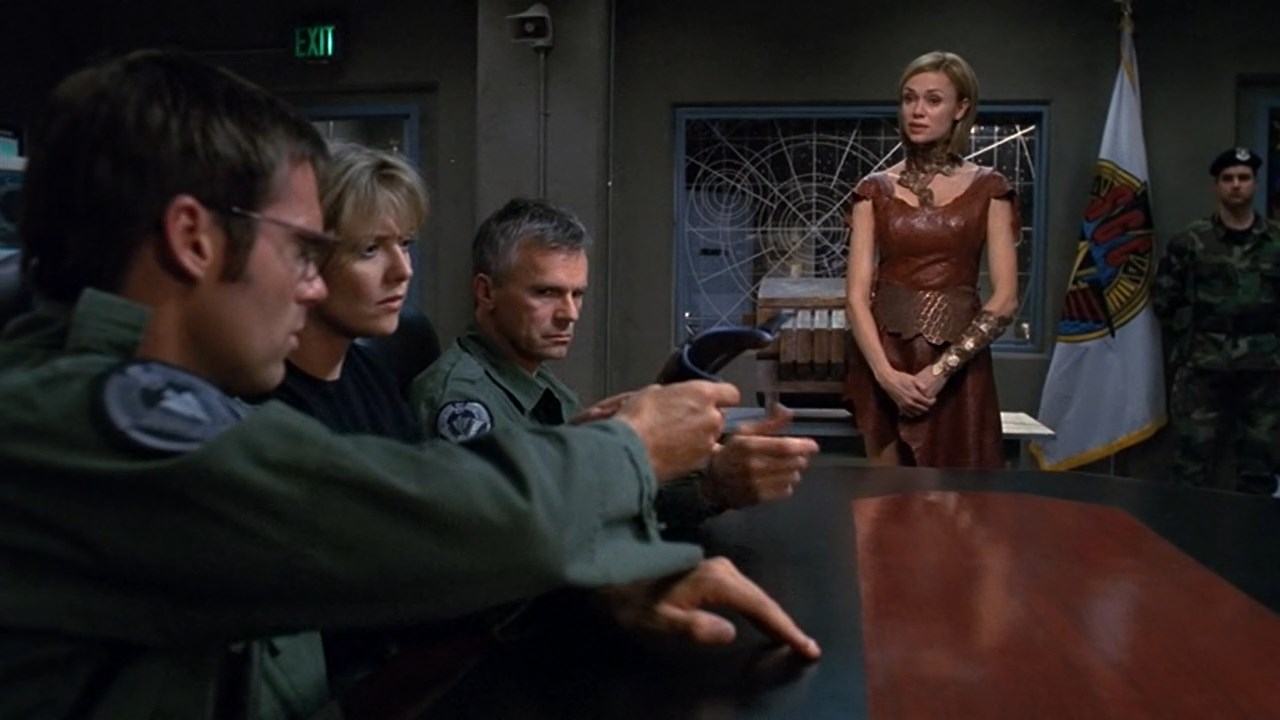 The stories this year are better than ever, especially with an increasing number of arcs occurring. Episodes like “Crossroads” and “The Serpent’s Venom” were expertly executed, and had immense emotional effects on our heroes. However, I have to praise the stand-alones this year, especially “Window of Opportunity” and “The Other Side”, which have never been better. 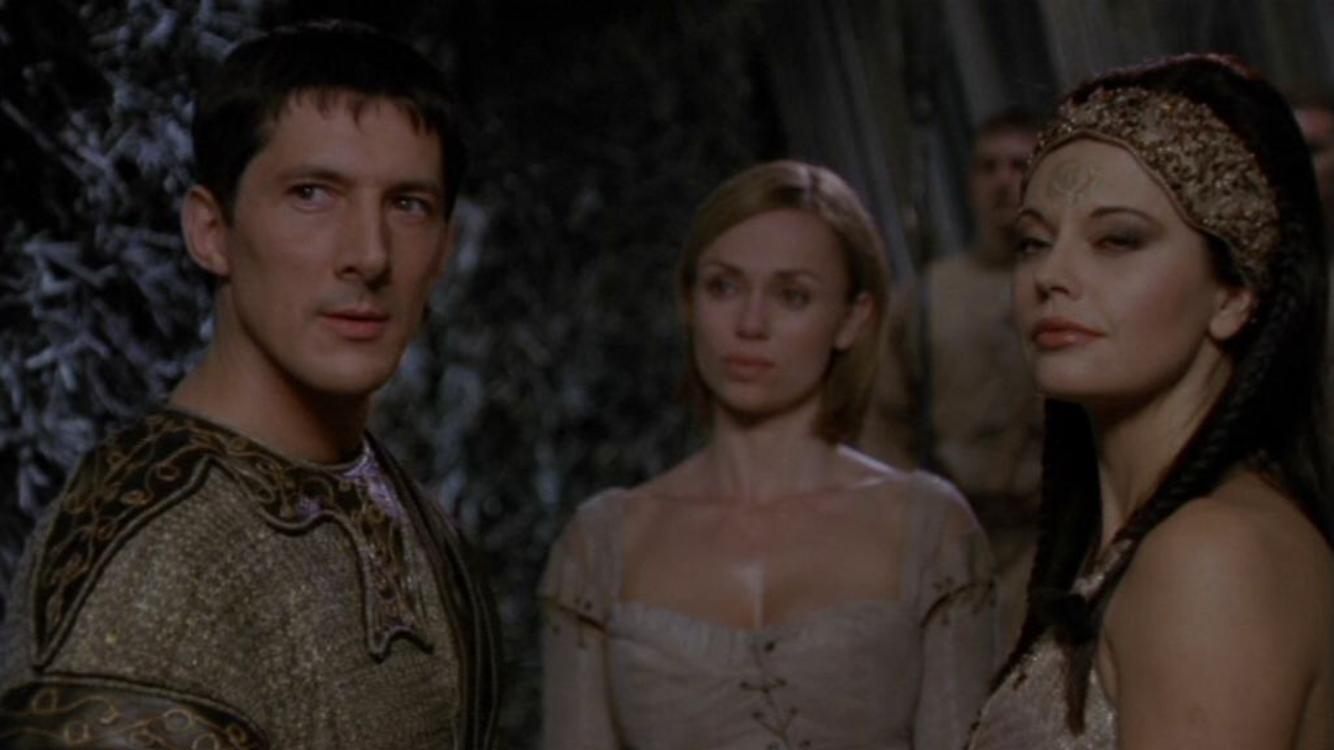 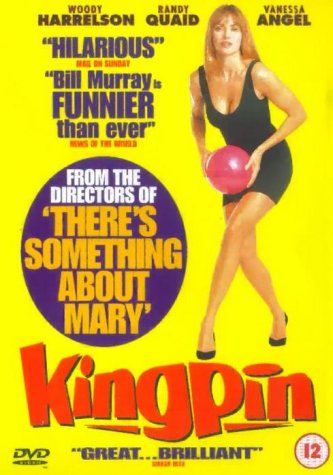 Flashy young bowler Roy Munson (Woody Harrelson) wins the 1979 Iowa state bowling championship and leaves home to turn professional. In his professional bowling tour debut, he defeats established pro Ernie McCracken (Bill Murray), who takes the loss poorly and seeks revenge. McCracken convinces Roy to join him in a plot to hustle a group of local amateur bowlers. When the amateurs become furious after realizing they are being conned, McCracken flees while Roy is brutally beaten and loses his hand when it is forced into the ball return, ending his career.17 years later, Roy uses a prosthetic hand and is living in Scranton, Pennsylvania where he sells novelty items (like fluorescent condoms) with little success and drinks heavily. On a sales visit to a nearby bowling alley, Roy catches sight of a man named Ishmael Boorg (Randy Quaid) rolling a near-perfect game. Roy tries to convince Ishmael to turn pro, with Roy acting as manager. Ishmael declines the offer, explaining that he is from the local Amish community and that his bowling hobby is a secret. Roy then sees a poster in a bowling magazine advertising a $1 million winner-take-all tournament in Reno, Nevada. Learning that Ishmael’s family is about to lose their farm to the bank for the exact amount of his cut of the prize money, Roy eventually convinces Ishmael’s family to let him join Roy on a trip to Reno.Roy discovers that the childlike Ishmael is not aware of some of bowling’s basic rules and skills, but after some coaching Ishmael’s game steadily improves. The duo earn money while traveling to Reno through Ishmael’s success in various local tournaments and by hustling bowlers in cash games. One night they agree to a high stakes private game against a wealthy bowling enthusiast named Stanley Osmanski (Rob Moran), which Ishmael wins, but Stanley attacks the duo after discovering that the roll of cash Roy put up was mostly Monopoly money. As the group flee Osmanski’s mansion, they are joined by his girlfriend Claudia (Vanessa Angel) who had also been a victim of Osmanski’s violence. Claudia proceeds to travel with them, annoying Roy who suspects Claudia has ulterior motives and is distracting Ishmael. Arriving in Reno the group runs into McCracken, who is now a national bowling superstar. It is revealed that McCracken had previously been romantically involved with Claudia. McCracken insults and makes fun of Roy, and infuriates Ishmael to the point where he attempts to punch McCracken but instead hits a wall and breaks his hand, leaving him unable to bowl. Later on, Claudia disappears with the duo’s funds after being discovered by Stanley, leaving Roy and Ishmael broke. Feeling distraught, Ishmael convinces Roy that they still have a chance to win the $1,000,000 – if Roy will bowl. Though initially hesitant, Roy finally agrees and enters the tournament, rolling the ball with his prosthetic rubber hand. He rediscovers his previous talent and wins his first several rounds, ending up in the televised finals against McCracken. During the final match Ishmael’s brother, who had been sent by the Boorg family to find Ishmael, shows up and takes him back to Pennsylvania. When Roy realizes he is alone, he begins to struggle and McCracken ultimately wins the tournament by one pin. 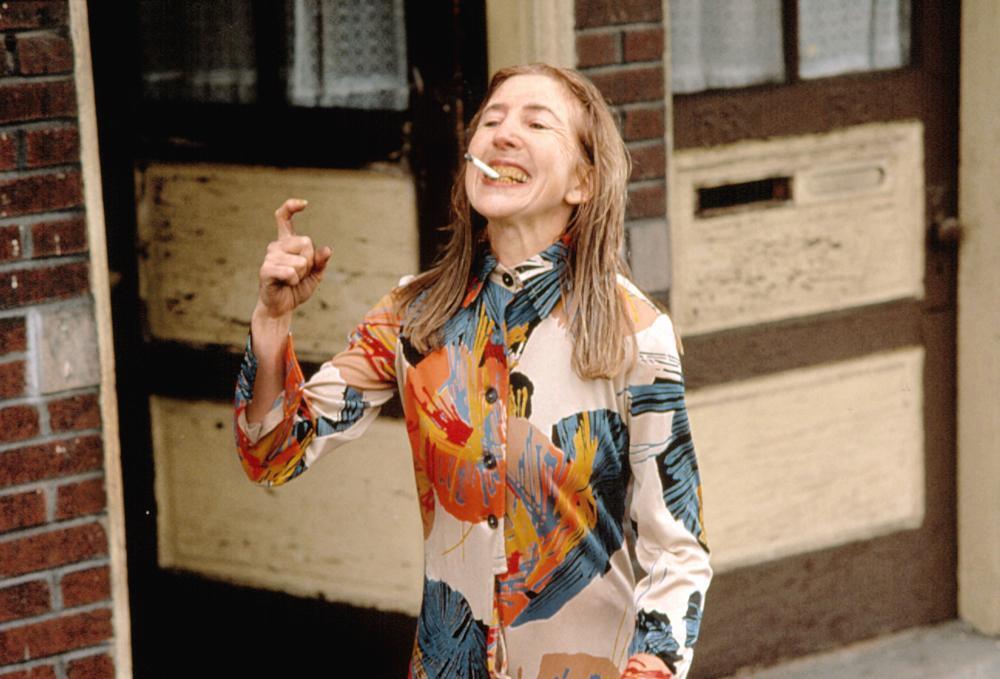 Afterwards, Roy is again living in Pennsylvania when he is visited by Claudia, who explains she had disappeared with Stanley in Reno in an attempt to keep him from hurting Roy and Ishmael. She confesses her love for Roy and offers him money earned from gambling on McCracken in the final match. Roy responds that he has already earned $500,000 in an endorsement deal for Trojan condoms that plays on his “rubber man” nickname, based on his prosthetic hand and given to him during the Reno tournament. Claudia told Roy that she took the money and told Stanley she is running off with McCracken. But she never did, the only way Stanley stop looking for her and give McCracken his payback what he did to Roy and Ishamel.Later, Ishmael is back living on his farm when he suddenly discovers Roy and Claudia in his family’s home. Ishmael’s parents explain that Roy and Claudia told them about Ishmael’s forbidden bowling career, but also about the moral strength and decency he showed during his travels. Roy tells them how Ishamel straightened Roy and Claudia’s life out. Roy and Claudia drive away together after paying off the Boorg family’s debts with Roy’s endorsement check.Bill Murray appears off and on in this twisted picture–and all of his screen time is absolutely precious . Kingpin is a piece of comedic gold, that many have overlooked.