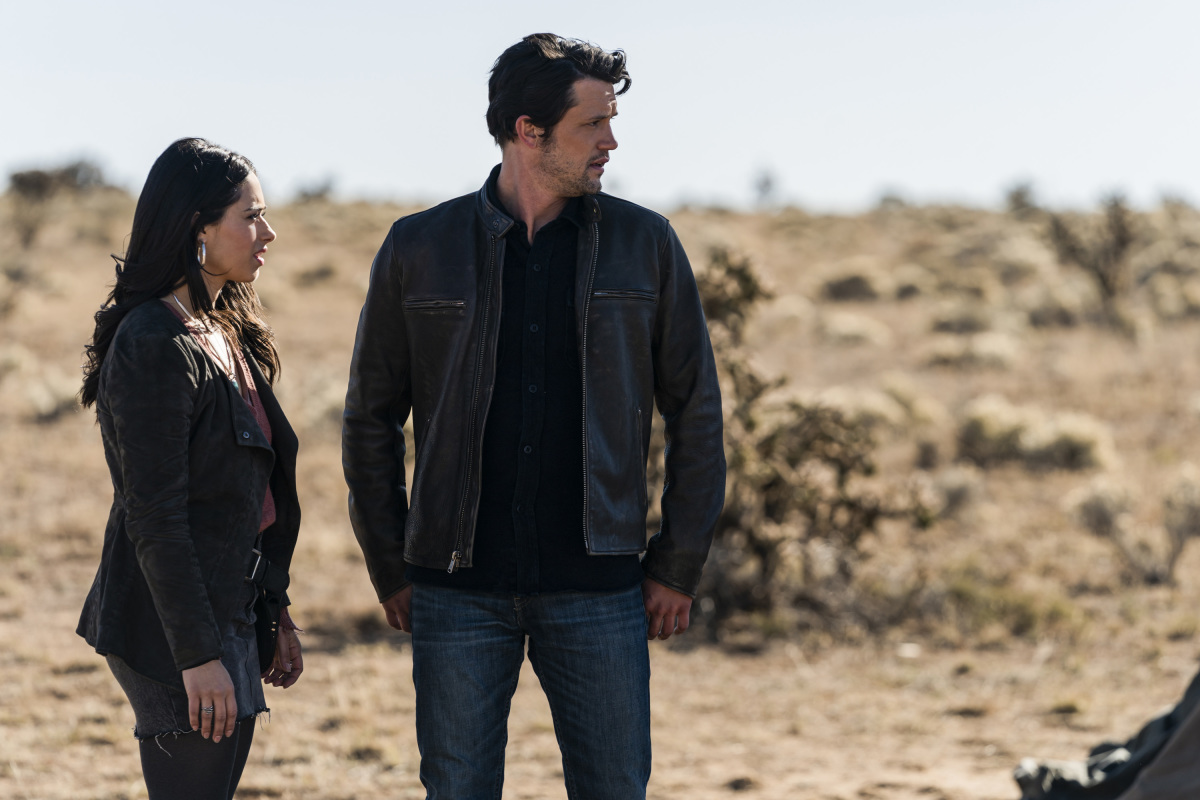 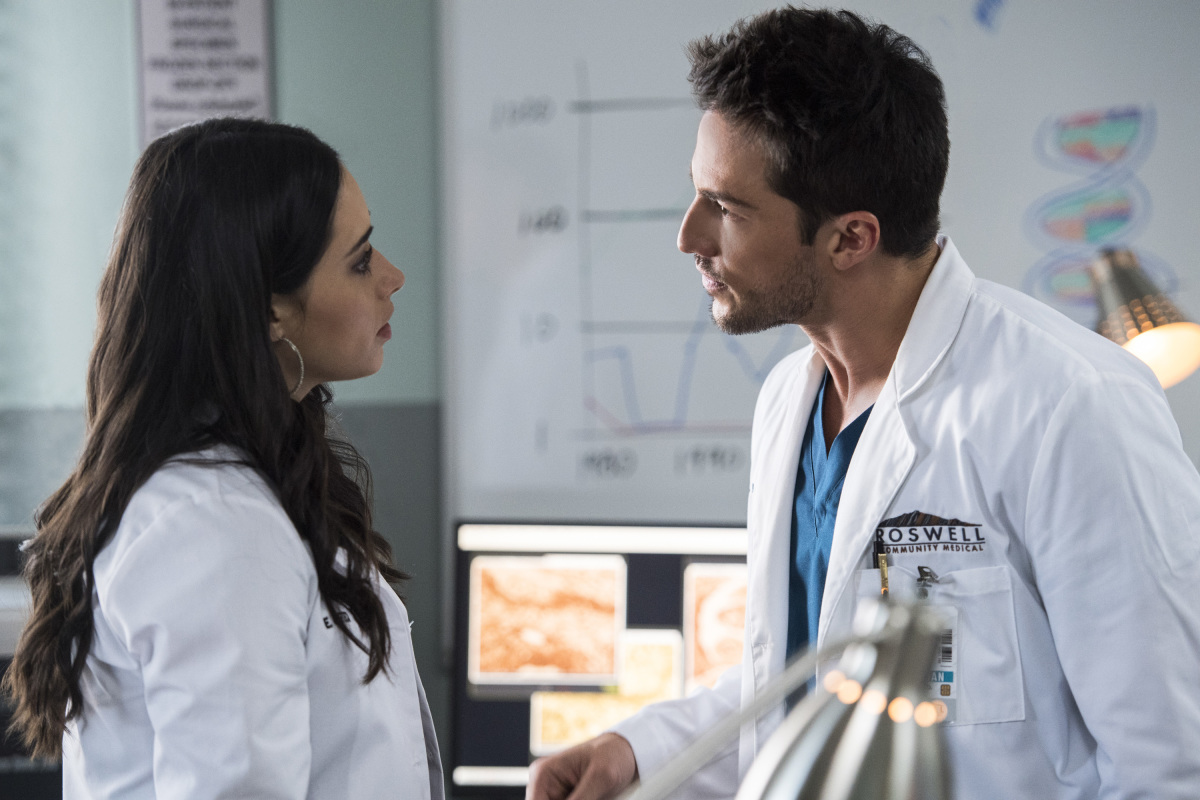 Roswell, New Mexico. It’s one of those places so iconic, so singularly famous for one specific thing that it doesn’t even warrant an explanation. Back in 1999, it was the show that launched the careers of Shiri Appleby, Katherine Heigl, Colin Hanks , and several other faces you know, even if their names are less familiar, like Nick Wechsler (Revenge, Dynasty), Brendan Fehr (Bones, Wynonna Earp), and Emilie de Ravin (Lost). And now, 20 years and a few changes later, it’s back. 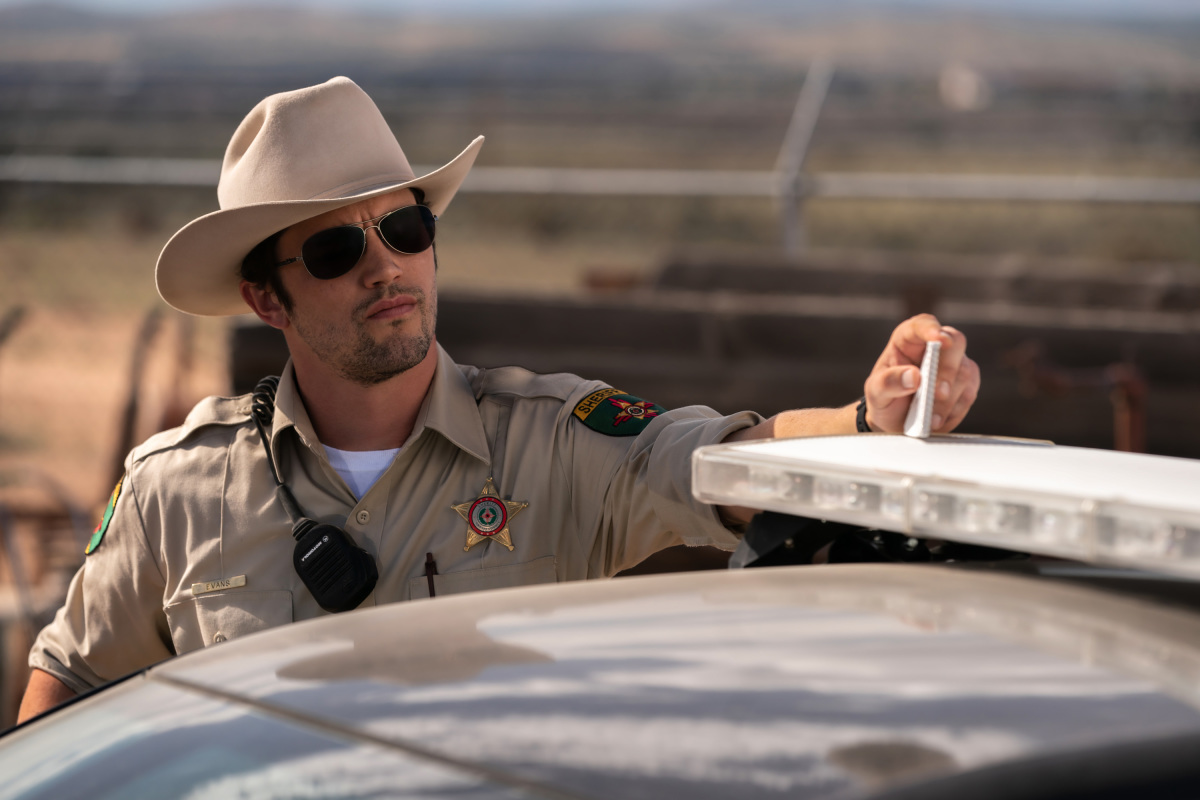 Notably, Roswell, New Mexico isn’t a sequel to 1999’s Roswell. Even though everyone is roughly 10 years older, and the original show took place 10 years ago, these events–namely the inciting incidents of Liz’s (Jeanine Mason) death and revival and the trio of aliens revealing themselves–are all taking place for the very first time. The aliens still arrived in the 1940s and entered the community as children due to some woo-woo hand wave alien stuff, but in this version they’ve managed to keep their true species a secret that entire time, implausible though that may be if you’ve ever met a teenager. 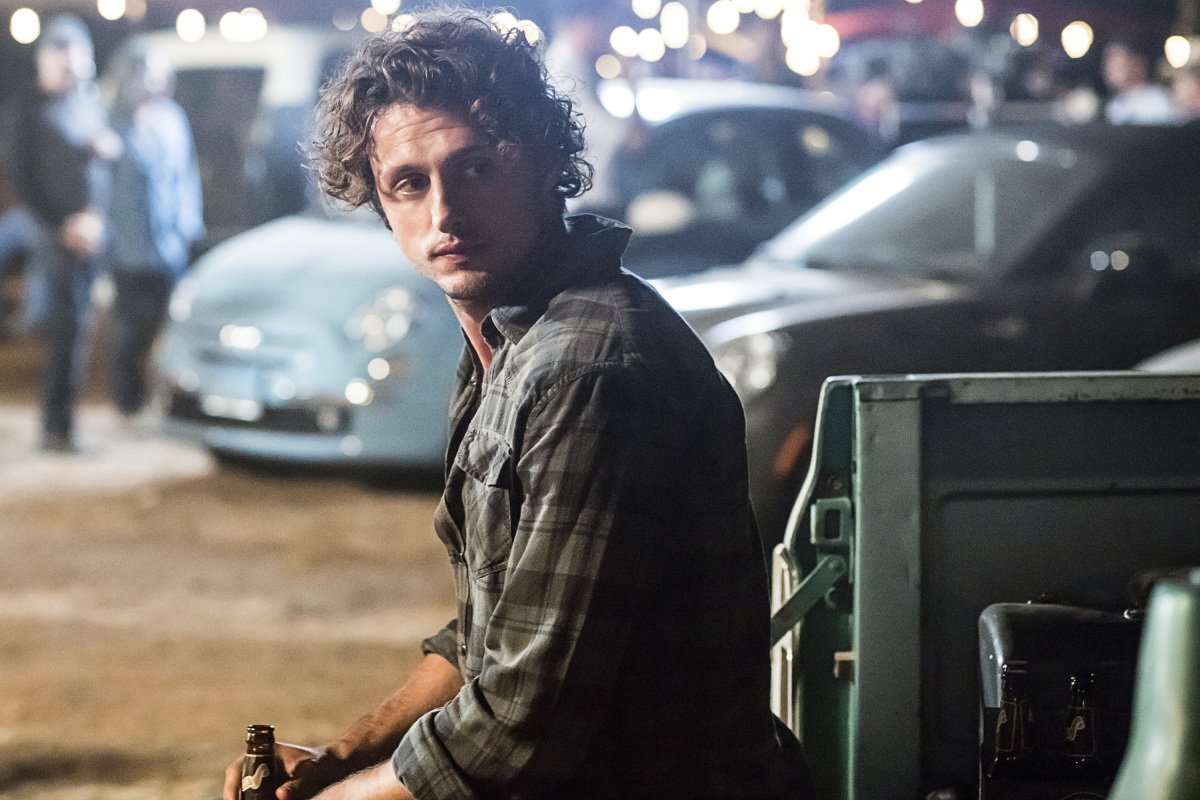 You’d be forgiven if, when watching, you thought you were caught in a time loop, or having déjà vu. It’s all there–Liz’s voiceover, this version of the legend of Roswell’s aliens, the Crashdown café, the suspicious sheriff; Liz is even wearing the exact same uniform at the Crashdown, and so far there’s heavy overlap on the soundtracks. There’s boy scout Max Evans (Nathan Parsons, The Originals), his overprotective Type-A sister Isobel (Lily Cowles, BrainDead), and their smart but troubled bad boy fellow alien Michael (Michael Vlamis, New Girl), whose time on Earth hasn’t been quite as charmed. 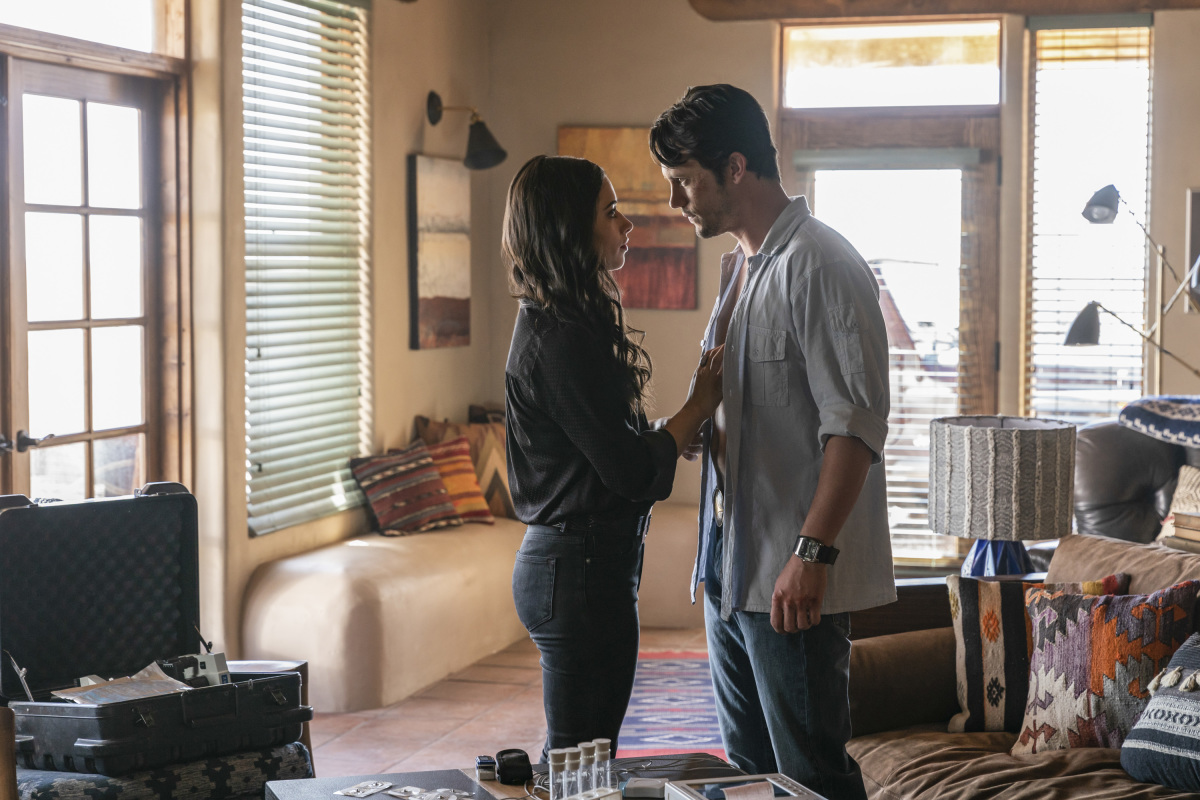 Like many pilots, this one is rather overstuffed. Science fiction and fantasy shows have the added task of not only telling you a story, but building a world or explaining power sets. As a result, the second episode of Roswell is much more successful than the first one, so  stick around for it and the rest of the season, as the show gets better as it gets along. 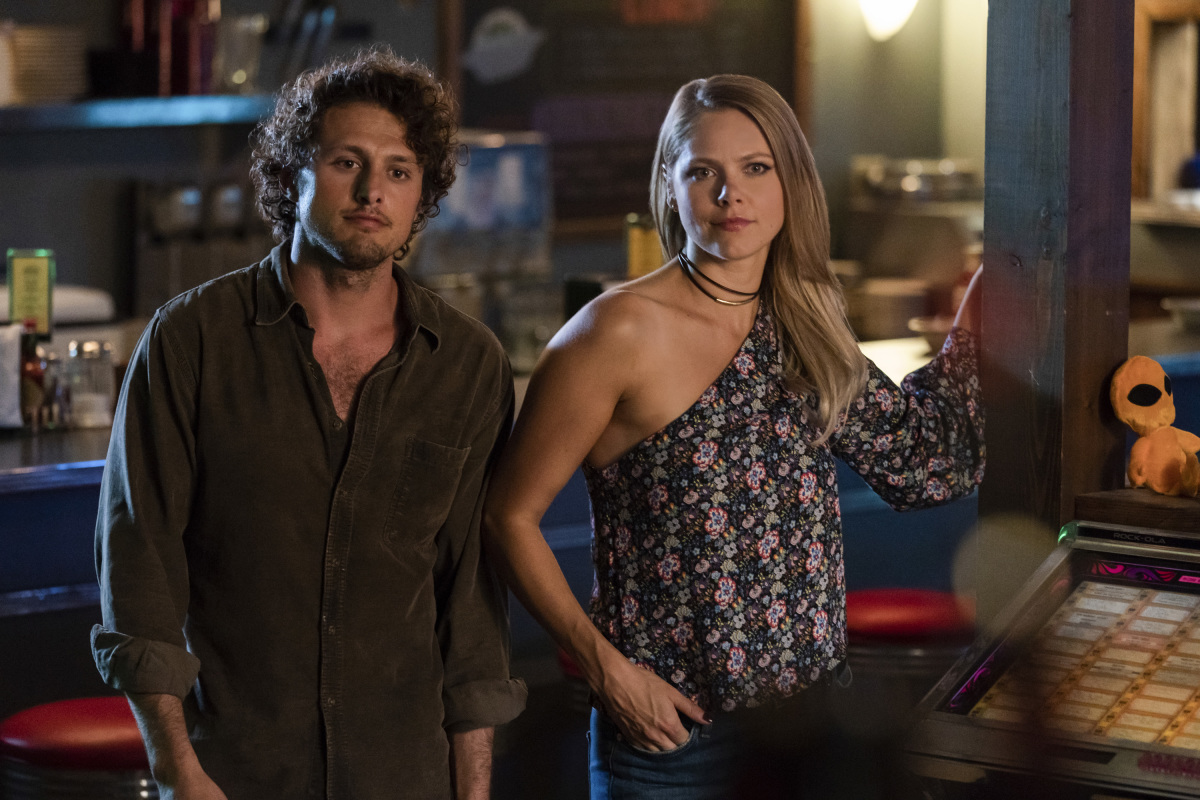 The pilot is mostly a paint by numbers affair, but there are a few updates, like when a conspiracy theorist podcaster references Beyoncé and the Illuminati. The older protagonists helpfully allow for all the steamy sex and bar scenes the CW loves, without all the questions as to who, exactly, is supervising a bunch of 16-year-olds who rarely seem to attend school. And things start off a little differently: Max fell for Liz Ortecho, who kicks things off with her return to town after 10 years away. Ten years ago, Liz’s sister Rosa (Amber Midthunder, Legion, Hell or Highwater) was killed in a car accident, which many see as her fault since she used drugs and two others died in the same accident, but it’s clear from the jump that there’s more to this story. 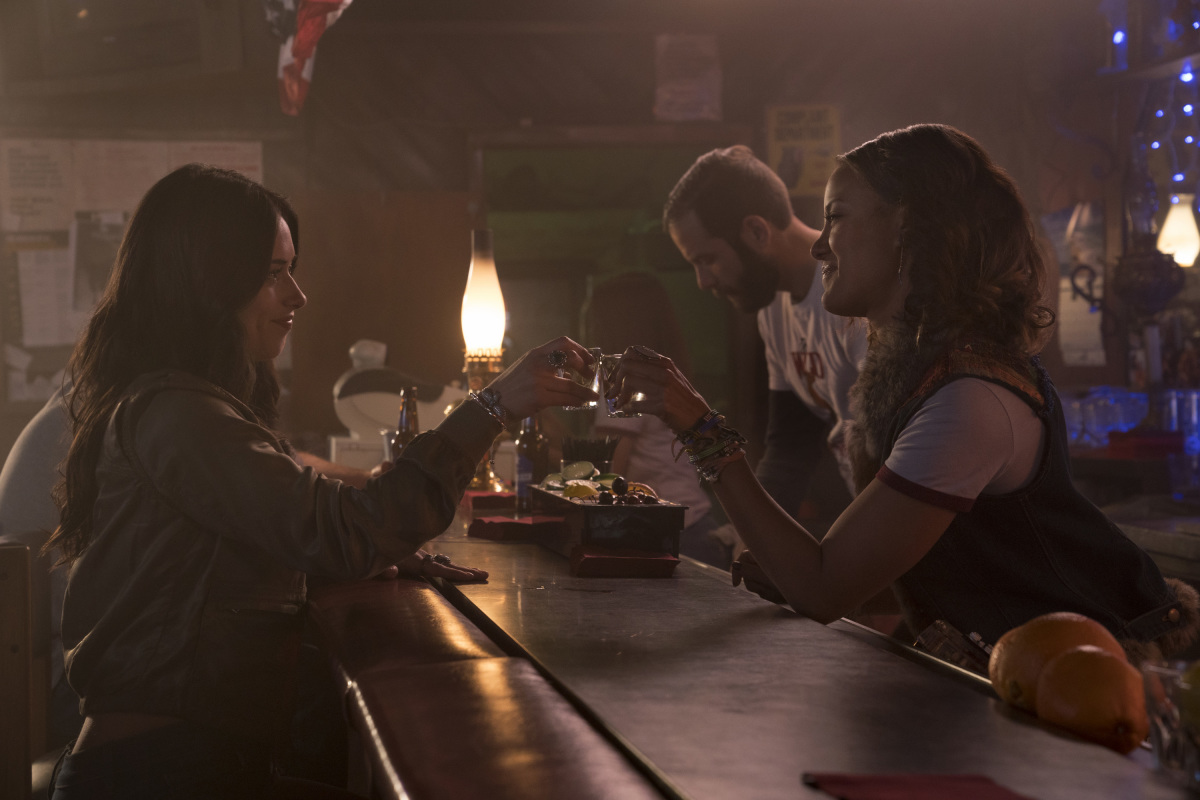 The biggest difference is that Liz and her family are immigrants (her father is undocumented) and her sister is dead, a death in which Max and co. apparently had some involvement. Story-wise, this opens up some avenues. First, adding the immigration element makes the story feel urgent and contemporary, and sets up parallels between Liz and Max. Both of them have to protect their families from the U.S. government, and both have secrets to keep and stigma to fight. Viewers of the original series can likely surmise additional, spoiler-y connections. 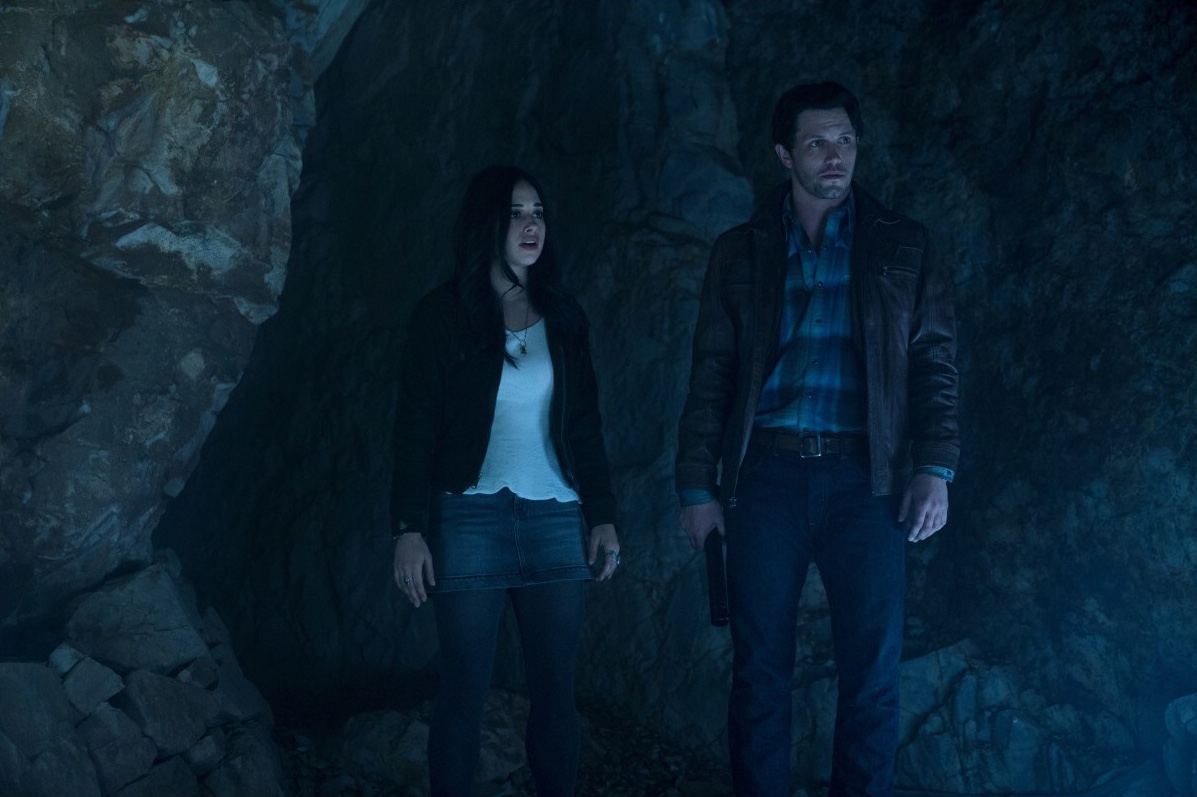 Second, Rosa places an obstacle between Liz and Max’s love story that’s a bit more appealing. It’s unclear what, exactly, is going on here, but Max obviously has secrets about Rosa. Secrets he doesn’t ever want Liz to know. The next episode will tease this out more, but for that kind of tension in the central pair is a good thing and helps make this a more adult show with adult disagreements. Finally, in this version, Liz is not the beloved hometown girl. In fact, she faces racist slurs and hate crimes. 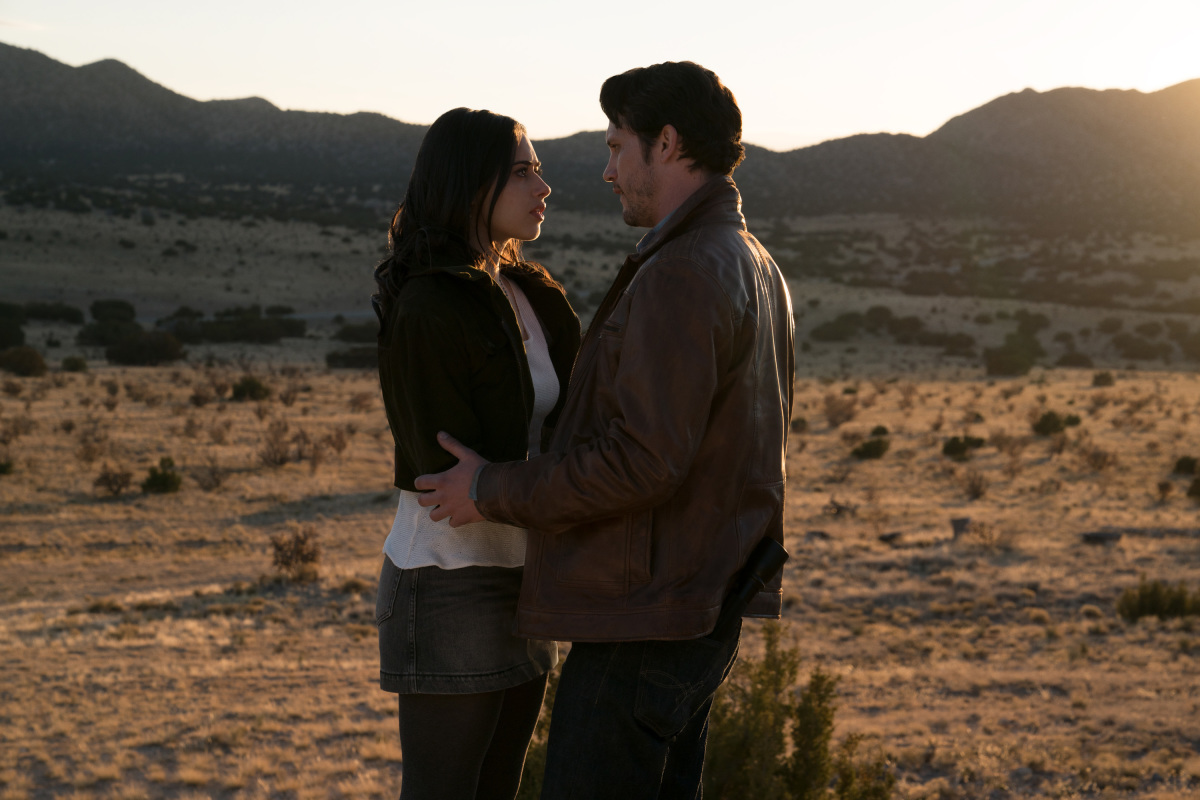 The CW has been among the more progressive networks for a while now, routinely casting diverse casts and including queer characters, even if they still have a lot to learn. Shows like Jane the Virgin, Crazy Ex-Girlfriend, and Supergirl have regularly taken on heady, “controversial” topics, including immigration, so it shouldn’t be a surprise. And yet, seeing ICE and racism called out directly on television still feels bold, especially at a time when most elected officials aren’t willing to do the same. 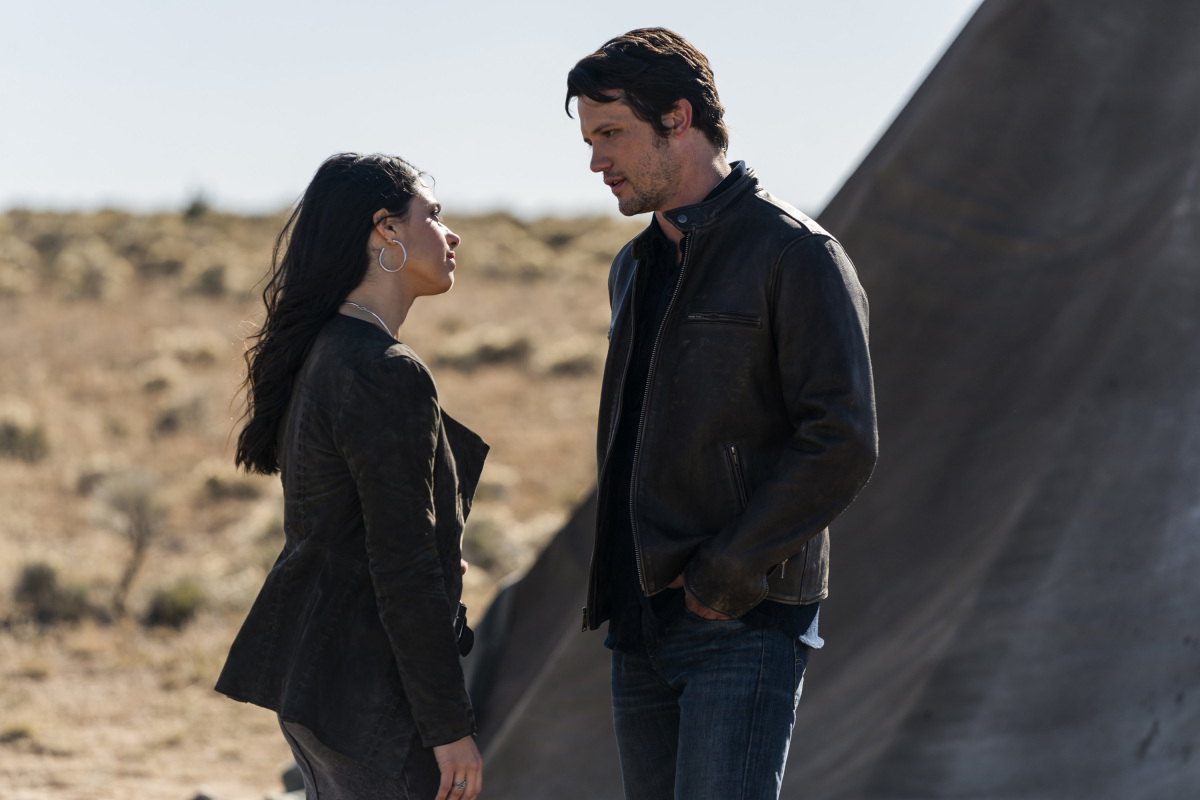 There are familiar beats here, even in the new material–sex with the ex in a car outside a bar is hardly innovative. If the premise and progressive racial politics of the show appeal to you at all, stick around for the next couple of episodes of Roswell before you decide whether to jump ship.

Television today often relies on sleazy comedy and bad CGI, with little or no story and too much drama. Cold Case begs to differ. It has the right amount of drama without overdoing it, is very suspenseful at all the right times, captures the nostalgia of different decades with song hits of the times and matching everything from the music, fashion, hair styles and cars to the exact year the crime took place. It is impossible to not immediately like the detectives of the Cold Case unit. There’s Lilly Rush, the main character who at first glance looks like a bimbo but when she talks throughout the show she’s actually an intelligent and skilled member of the team, with a past she shared with her alcoholic mother, absent father and promiscuous sister. She views Lt. Stillman as a father figure, because he was the first one to help her when she was a child and her mother sent her out into a bad situation.

Scotty Valens is Lilly’s partner, a street-smart and aggressive but nice guy who is a valued member of the group. He is Cuban; his father moved to the States in the 1950’s. He has an extreme dislike for pedophiles because of a past incident with his older brother and a boxing coach, so he is very good at bringing pedophiles to justice. Nick Vera is the overweight joke of the group at first but is actually really caring towards children and wished he could have had a family of his own. He’s great at solving crimes and at playing “No Drugs Tonight” with Scotty and Will. Will Jeffries is Nick Vera’s best friend and excellent at solving murders; he has an extreme dislike towards racism and hit-&-run cases. His own wife was squashed to death by a mystery trucker years ago and he wants some sort of revenge. Kathrine (Kat) Miller is the only other female detective on the team, becoming a permanent addition to the show around Season 3. She is the single mother of her beloved daughter Veronica and a valued detective who knows a lot about the street gangs from her undercover years. John Stillman is in charge, his team affectionately calls him Boss and he is estranged from his family due to his career. He views his team like his family and tries to help each of them as much as possible.

Sadly Cold Case was canceled ; it’s one my favorite show of all time. It tackles crimes relating to issues like the barbaric treatment for mental patients in the 50’s and 60’s (lobotomy and electro-shock therapy), homophobia, racism, rape, pedophilia, abortion, religion, suicide, racism, sexism, pollution (check out the episode Breaking News for that) and child abuse. While helping the forgotten victims rest in peace the team is able to find answers to their own problems. The show doesn’t try to sneak romance in too much; most crime shows make the two main characters as lovers but in Cold Case Lilly and Scotty are just best friends. He is there when her mother dies and rescues her from a killer named Ed, whereas Lilly keeps secrets for him revolving around the crime with his older brother. The show has episodes featuring songs by bands like the Fixx, the Doors, Tears for Fears, Joy Division, Nirvanna, the Cure and Depache Mode. There are some totally heartbreaking episodes like Sleepover, Baby Blues, Boy Crazy, the Goodbye Room, Wishing, Committed and the Good Death as well as some suspenseful episodes like Stalker, Officer Down, the Woods and Flashover. All in all this is a beautifully made and amazing show that will hopefully be remembered among fans forever. I think Lilly Rush’s actress is now being considered in the remake of the 1976 slasher film Alice, Sweet Alice (according to Wikipedia anyway), so hopefully we’ll see her in more crime movies and shows. Still, Cold Case I wish had been continued, why it was shut down in the making is a mystery to me but I’m really glad to have the seven seasons around, I’ll remember it forever. It was based off the Canadian crime drama show Cold Squad, but although I live in Canada I honestly think Cold Case was much better. It’s totally worth watching, if you ever have the chance to see it, check it out, you’ll love it, guaranteed!