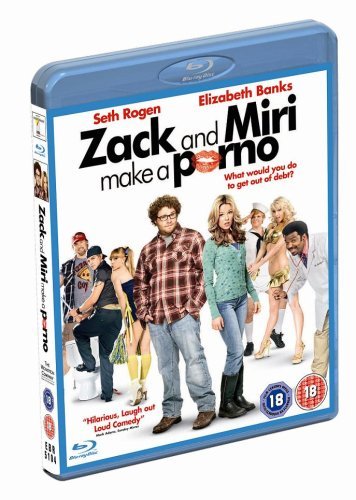 With Banks playing Miri, and Rogen as Zack, the film is stacked with funny up top, but Smith’s films have always been loaded with memorable roles from top to bottom, and this movie is no different, except that his usual cast, aside from Jason Mewes and Jeff Anderson, isn’t there. Instead, the casting was influenced by Rogen, and resulted in the freshest cast Smith’s had since Mallrats. Craig Robinson (“The Office”) is brilliantly funny as Zach’s put-upon pal, in a performance that tells me he can definitely lead a film on his own, especially when he argues with his wife (an excellent cameo by Tisha Campbell.) Also fun is Ricky Mabe’s turn as wide-eyed Barry, the young actor, and porn star Katie Morgan, who plays her part with a sweetness that, combined with Mewes’ hard-edged innocence, cuts the harsher elements of the story and helps the romantic angles.

In watching this movie, it would be harder than usual to finger it as a Smith movie, at least if Mewes and Anderson weren’t involved, as it looks far more polished visually (like Jersey Girl), the dialogue is far less dense, and the characters escape the Askewniverse ghetto. 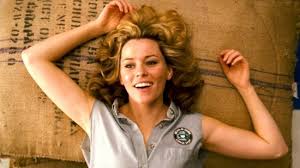 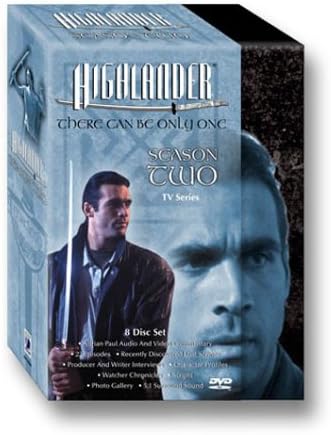 Spring boarding from the pluses of its debut season, Highlander: The Series opens its second season strongly. Though struggling midseason with some of the same growing pains as Season 1; the 93-94 Season 2 handles character departures and the introduction of the Watchers in fine form- allowing Highlander: The Series to come into its own away from the film franchise.

Immortal Highlander Duncan MacLeod (Adrian Paul) becomes increasingly suspicious of Joe Dawson (Jim Byrnes) and his Watchers- a secret organization who are pledged to observed immortals and never interfere. Someone, however, is breaking the rules and killing immortals, making life more difficult for MacLeod after the loss of his mortal girlfriend Tessa (Alexandra Vandernoot). Richie (Stan Kirsch), now also immortal, has problems of his own learning how to fend off evil immortals after his head, and mortal dojo manager Charlie DeSalvo (Philip Akin) grows more and more curious about his new boss and Macleod’s secrets.Highlander: The Series hits the ground running in this sophomore season with critical departures and the establishment of its own mythos from here on out. The premiere episode ‘The Watchers’ introduces the critical organization and Season 2 stays strong thru ‘The Darkness’ and the exit of Tessa. Unfortunately, midseason the show’s writers David Abramowitz and David Tynan flounder when Highlander: The Series once again returns to the action textbook crime of the week or immortal in the regular drama ho hum. Issues about racism, sexism, injustice, and abused women are indeed handled very nicely thanks to MacLeod’s wise and chivalrous immortal angles. But again, these debates are on every other show then and now. Drastic character changes and internal fantasy mythology are enough for Highlander.After such fine framework, Season 2 need not fall back on these stock scripts and filler episodes. Smartly however, this season distances itself from the internal inconsistencies of the film franchise by dropping mentions of The Gathering. The development of the Watchers, their deadly rogue faction the Hunters, and the wonderful observations and angst both provide pulls The Series away from the films once and for all. Further examinations of mortals dying after having full lives versus immortals who are numb to life also establish great drama beyond the standard crime villainy. Grief, infertility, and child loss also add extra depth and dimension, again proving Highlander: The Series is at its best, nay superior, when it adheres to the quality of its own immortal design. 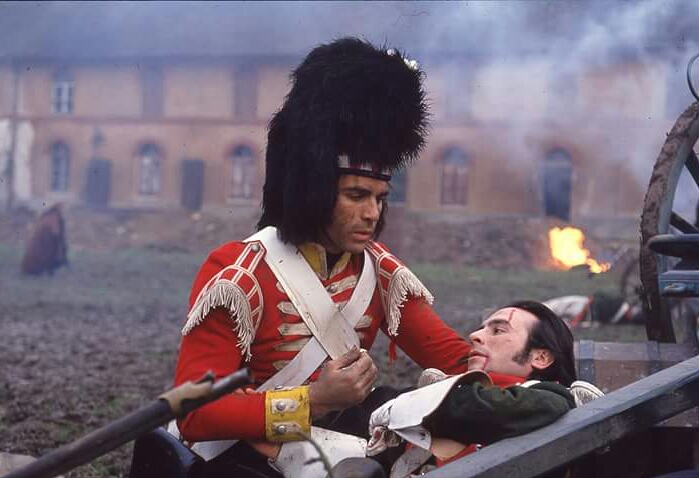 Yes, it is a little weird when MacLeod suddenly starts bagging some chicks so soon after Tessa’s exit, and there’s still a touch of those nineties hang ups with plenty of sweaty, shirtless dojo training montages. However, it’s nice to see less Action Mac and more on the consequences of immortality. He’s had plenty of time to develop his strict sense of honor and justice, but he also unhappily warns those around him that being his friend is deadly. Paul handles the kick ass, the somber, and the tears wonderfully. We think just as much of him when he cries as when he beheads the bad guy. The loss of Tessa Noel is also very nicely done in character and performance. Even though the leaving was largely Vandernoot’s decision, I don’t wonder if the exit of Mac’s steady girlfriend would not have happened in the future anyway. Obviously, there are so many more women and immortal bachelor angles to explore. Sometimes, MacLeod may even seem to get over Tessa too quickly, but his new cynicism and pains of mortality make their presence well known during Season 2 and beyond. Vandernoot’s exit and subsequent guest appearance in the two part finale ‘Counterfeit’ may even have the audience missing Tessa more, but her mortality reiterates that nothing on Highlander: The Series is sacred. 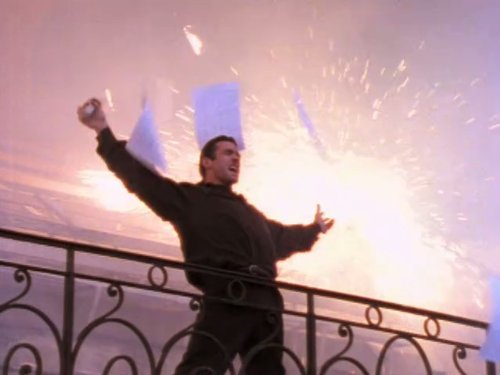 Returning favorites and guest villains raise Season 2 to a new level. The titular ‘Return of Amanda’ and ‘Legacy’ has Elizabeth Gracen’s immortal con visiting for some much needed humor and female familiarity post-Tessa. Forever Knight alum Geraint Wyn Davies also has some wicked fun in ‘Turnabout’, and rocker Roland Gift returns as Xavier St. Cloud to join rogue watcher James Horton (Peter Hudson, Cousin William) in the stand out ‘Unholy Alliance I and II’. Recurring regular Michel Modo as the bemusing and pesky French neighbor Maurice also provides some balance when the immortal life gets a little too heavy, and truly, I love the spooky Victorian joy of ‘The Vampire’.Though still a little dated with the pleated pants and too much denim, the styles of Season 2 are much improved.

The film depicts the life of a disturbed and delusional high school student, Pauline (AnnaLynne McCord), with aspirations of a career in medicine and the extremes to which she goes to earn the approval of her controlling mother. Pauline has a younger sister named Grace (Ariel Winter) who suffers from cystic fibrosis. Pauline has vivid dreams about herself and others being mutilated with excessive amounts of blood; and after each dream wakes panting in an orgasmic state. Pauline decides to lose her virginity to a boy named Adam – explaining what she wants from him and gives him her number. Because of her fascination with blood she arranges their meeting while she is on her period. While having an orgasm she imagines herself choking Adam and the bed filling with blood. At the end she asks Adam to go down on her, which he obliges. After a few moments he runs to the bathroom disgusted by the blood, as he was unaware she was on her period. 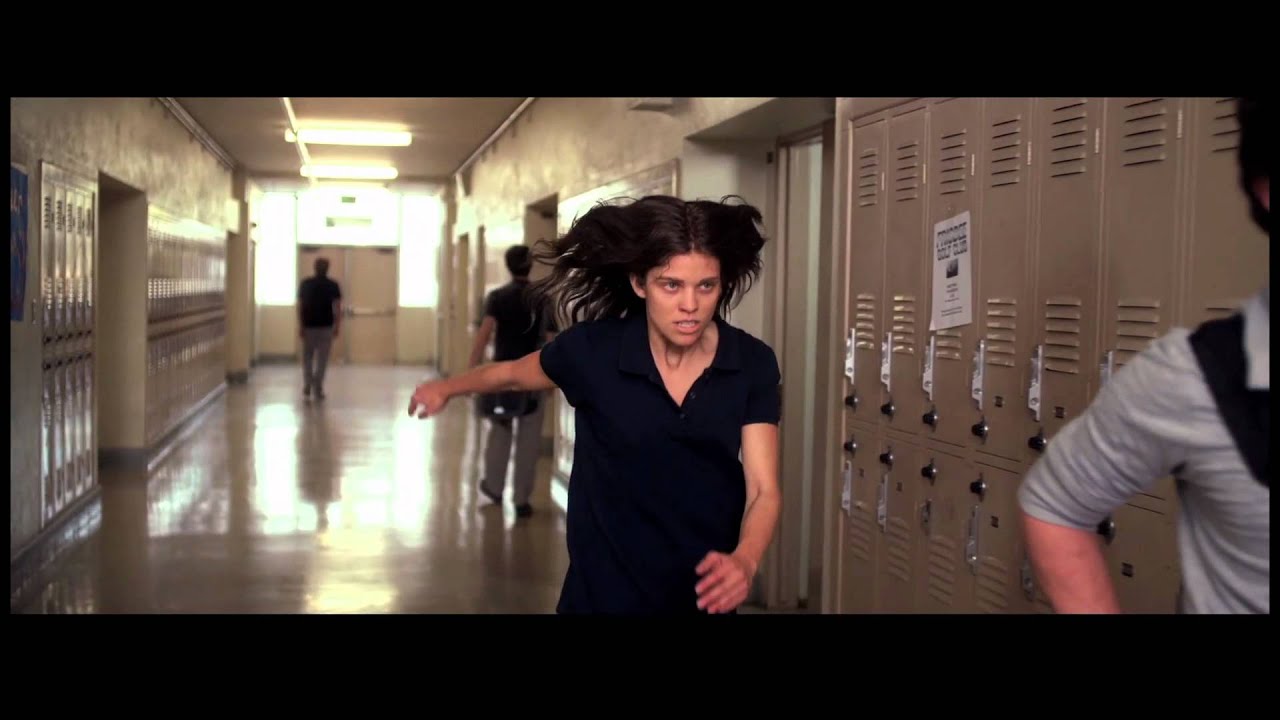 Across the street from Pauline and Grace is a teenage girl that jumps rope in her drive way. Pauline invited the girl to jump rope with her, but she found Pauline weird and refused. Grace defends her sister and storms off, pulling Pauline with her. Adam’s now ex-girlfriend and her friend TP Pauline’s house and spray paint ‘cunt’ and ‘whore’ on it. Pauline, on an angry tirade at school, pushes Adam to the ground and slams his ex-girlfriend’s face into her locker, resulting in her being expelled from school.

While in her room she overhears her parents saying Grace’s doctor wants her on the lung transplant list. During dinner that night her sister has a severe coughing fit, which concerns her parents. In the morning their mother leaves and the father stays home. Pauline drugs her father with tea and when he falls asleep, ties him up and gags him. Pauline then lures the jump roping girl to the backyard under the false premise that there are several jump ropes she can have that Grace can no longer use because of her lungs. She places a cloth over her mouth and after a brief struggle the girl loses consciousness. Pauline talks to Grace and lovingly strokes her hair, stating that Grace may be confused by what is going to happen but she has only her best interest in mind. She drugs Grace with the same cloth, then cuts and shaves her own hair.

In the garage, Pauline has cut open both girls and continues with her surgery, moving the healthy girl’s lungs into her sister and placing the other lungs on ice, then sewing them both up. Pauline’s mother arrives home and sees her husband tied up. She panics and runs through the house frantically screaming for Grace. She opens the garage door and finds Pauline with the bodies. Pauline explains that it is her first surgery, and although it is messy, it is wonderful, and that she was unsure what to do with the jump roping girl’s body so she used her to practice her incisions. She then urges her mother to take a closer look, who runs towards her and grabs her, holding her and screaming hysterically. Pauline at first seems proud, but then begins to sob.

If you’re in the mood for something which is a very grisly affair, mixed with pretty much every other genre, give this a go. It’s an indie film and it always will be, but everyone gives a good enough performance to elevate it to a cult film. 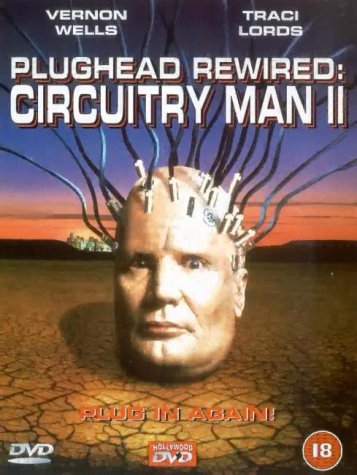 Plughead is reawakened by an agent(Traci Lords)and uses her to help him “seize souls” in a desert outpost. Plughead’s gun-toting henchmen tour the desert for undesirables so that he can suck their minds. An FBI agent with an attitude, Kyle(Deborah Shelton)releases asylum inmate, synthetic, Danner(Jim Metzler, returning from the previous film)to assist her in a mission to find and upend Plughead for the murder of her colleagues. Meanwhile, prisoners Leech(Dennis Christopher)and Rock(Nicholas Worth)wish to escape their chains(..they are “rebuilding the earth” by planting trees)so that they can steal “longetivity chips” from Plughead..as fate would have it, they’ll get that chance. Meanwhile, detectives Beany and Squaid(Paul Willson and Andy Goldberg, playing keystone cops pretty much)are also out to make their arrests, hoping for promotions.

While receiving star treatment, Vernon Wells, returning as Plughead, is basically in a supporting role tormenting Lords who is forced against her will to operate a machine that drains the minds of the “derelicts of society no one cares for”, attempting to fight his power, often unsuccessful. Shelton and Metzler get the most of the screen time, in their attempt to survive on the difficult journey to Plughead’s lair. Christopher & Worth, along with Willson & Goldberg, service the film as the comedy..mostly inept, stupid characters poked fun at. The film is directed in a black-humored, tongue-in-cheek manner. Again, the earth is polluted without the proper oxygen and this problem is showcased throughout as Kyle and Danner often run into difficulties when it comes to air. The film is almost entirely shot on the surface, the environment a desert wasteland where nothing much lives except humans with oxygen canisters and maybe rodents who have adapted somehow. We see in this film that a certain root can provide a type of ingredient which will provide temporary sustenance in regards to oxygen for Kyle and Danner when their tanks run out. Plughead has a sinister plot to use a DNA sequence buried in Danner’s mind..and there’s a second “link” climax in a surreal world within Plughead’s mind where twisting wires resemble thorns as his face is quite demonic.

I guarantee that after watching Plughead Rewired things will never ever be the same again.