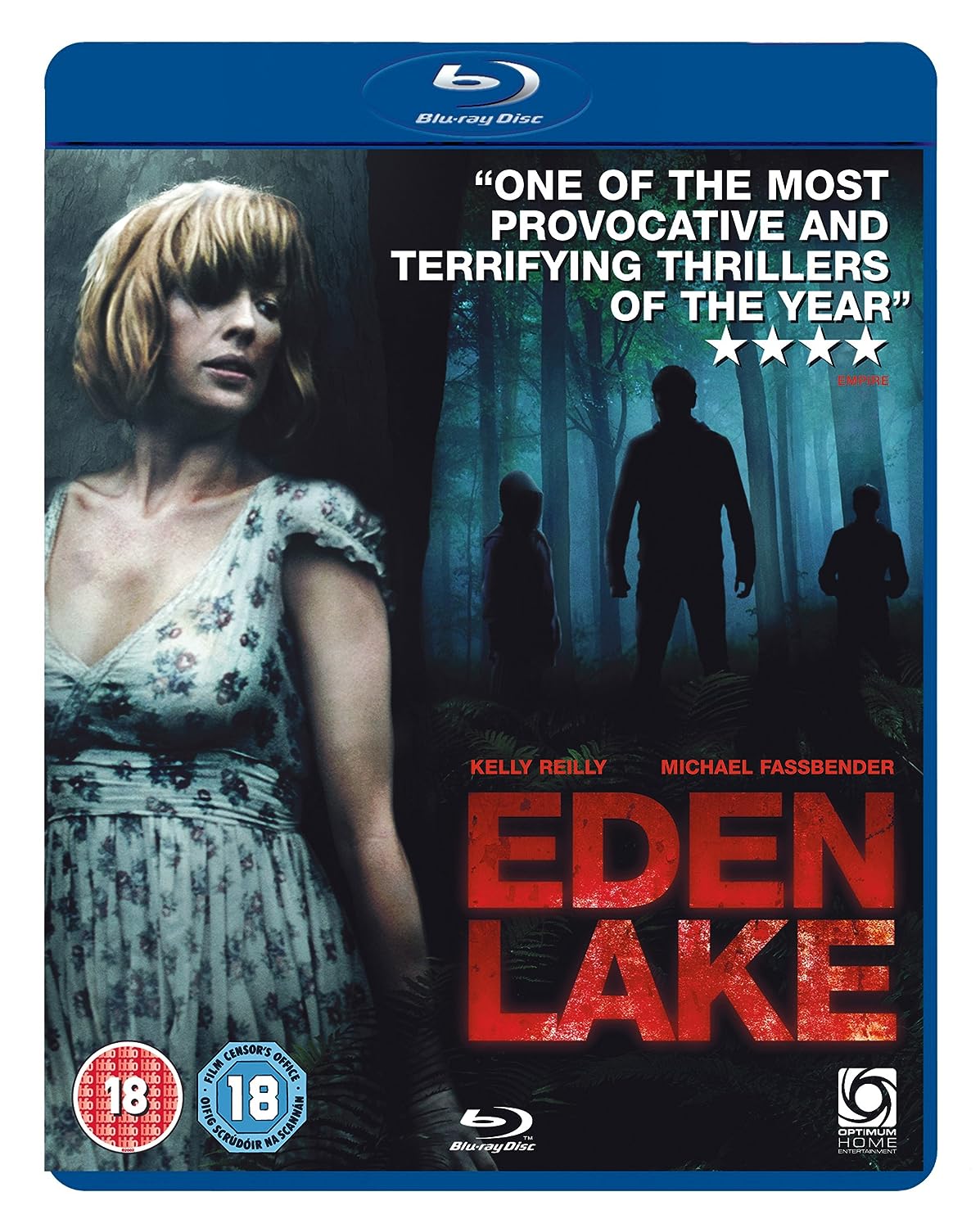 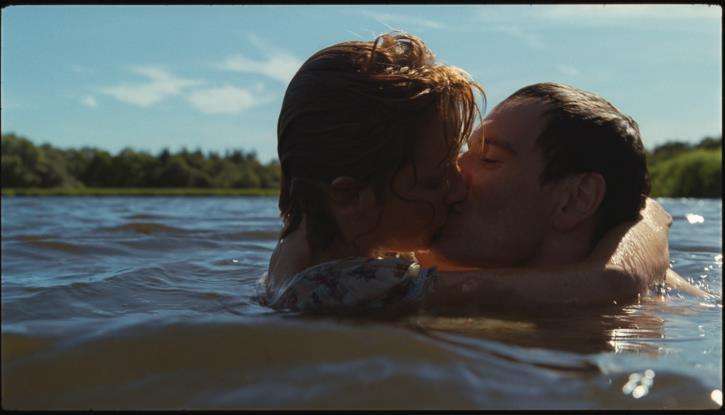 Nursery school teacher Jenny (Kelly Reilly) and her boyfriend, Steve (Michael Fassbender), journey to a remote lake in the wooded English countryside. Hiking to the lakeside, they meet Adam, a young boy gathering insects. Relaxing beside the lake, the setting is disrupted by delinquent teenagers and their dog, who have ridden their bicycles to a spot within a few metres of the young couple. After they sleep overnight in their tent, they find their food infested with insects and their car tire damaged by a bottle left behind by the teens. 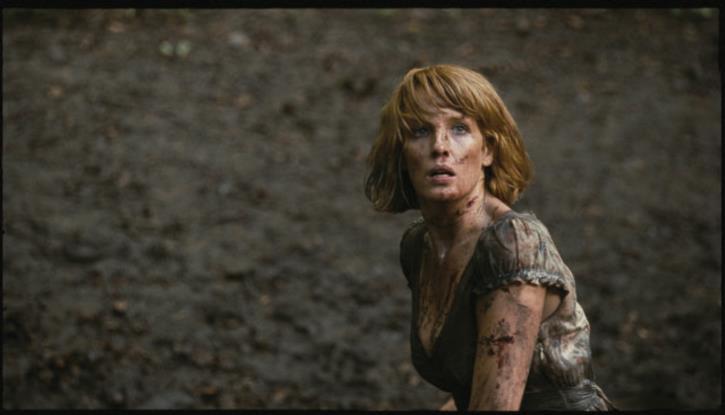 Returning to town for breakfast, Steve spots a house with the bikes he thinks belongs to the kids. When no one answers the door, he walks into the house, narrowly escaping as the surly homeowner returns. Back at the lake, Steve goes scuba diving while Jenny sleeps on the shore. Steve returns to find the bag with their car keys, phone and wallet is missing, soon confirming that their car is gone. Returning to town on foot, they avoid collision with their car, driven recklessly through the woods by the gang’s sociopathic leader, Brett (Jack O’Connell). Finding the gang in the woods after nightfall, Steve demands the return of his belongings, only to be attacked by the knife wielding teens. In the scuffle, Brett’s dog is mortally knifed, fuelling Brett’s lust for revenge. The couple grab their keys and drive off, but the gang attacks with stones and Steve crashes in the dark forest. Steve is trapped and Jenny runs for help.

At daybreak, Jenny sees Steve tied up in barbed wire in a small clearing. Brett forces each reluctant teen to torture Steve. Paige, a female gang member and Brett’s psychopathic equivalent, records it on her phone, causing them to realize they have no choice but to kill Steve. The gang spots Jenny and gives chase, allowing Steve time to free himself. Jenny evades the gang and finds Steve, unable to nurse his many deep wounds and finds an engagement ring, leading Steve to propose even as he is in severe pain. After Jenny again heads off for help, she injures her foot on a large spike, her scream attracting the gang. She soon runs into Adam and pleads for his help, but he fears the gang and texts them to hand her over.

The gang tie Jenny, and a now dead Steve, to a pile of wood. Brett forces Adam to set the bonfire while Paige films. Jenny is able to escape and the gang burn Adam to death. Jenny continues to evade the gang, reactively killing gang member Cooper who was actually attempting to help her. When the gang find the body, Brett is thrown into further rage, killing another gang member and causing Paige to run away from him. Jenny reaches a road and is picked up by a driver who is looking for his brother, Ricky, another gang member. When the driver exits the van to talk with the gang, Jenny panics and steals the van, speeds off, and intentionally runs over and kills Paige while making her way back to town. She makes it to town, crashing into a fence at a large backyard party. Awaking, she finds herself being comforted by an unknown woman. She discovers she is in Brett’s house and heads to the bathroom. Brett’s father notices the van on his lawn and one of the parents receives a call informing her of the dead gang members, who are the children of the adults at the house.

A commotion begins in the house and the bathroom door is kicked open as Jenny is confronted by Brett, his father, and party guests. Brett has convinced the parents that the teens have been sadistically murdered by Jenny and Steve. Upstairs, Brett shuts the door of his room, blocking the sounds of Jenny’s screams as she is presumably killed by Brett’s father. He deletes the videos of the gang’s crimes from Paige’s phone and puts on Steve’s sunglasses, as he stares emotionlessly into the mirror.This is easily the finest pure horror movie since Switchblade Romance, and is absolutely not to be missed.