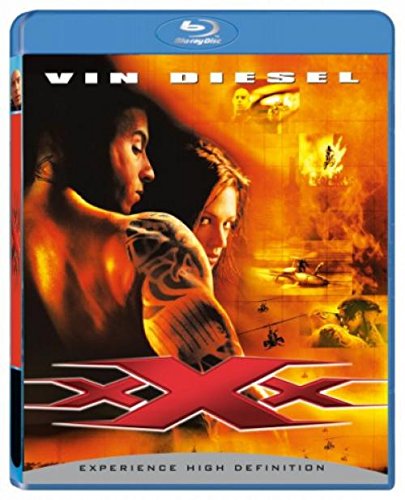 An NSA mission to collect information on Anarchy 99, a mercenary group of former Russian soldiers goes awry when the agent’s identity is discovered. Anarchy 99 has a biochemical weapon named “Silent Night,” missing since the fall of the Soviet Union, and NSA Agent Augustus Gibbons believes the only way to get close is to recruit an agent that would not have any ties to the United States government or any formal training that Anarchy 99 would recognise. He selects Xander Cage, also known as X, an extreme sports professional and host of his own television show, who was recently captured by the FBI for stealing and destroying a prominent California senator’s car as an act of protest. Gibbons puts Cage through two tests– stopping a staged diner robbery and escaping from a drug cartel’s plantation in Colombia during an army raid, each test seeing Cage demonstrate both his physical and psychological skills as he both defeats his foes and rapidly assesses the situation before him– and offers Cage the mission. Cage is convinced to accept the mission after Gibbons uses a carrot/stick technique, with a clean slate as the carrot and a prison sentence as the stick.Xander goes to Prague and meets with the NSA support team including Czech agent Milan Sova, who explains that Cage is only in Prague because Gibbons had put pressure on Sova and if he does anything wrong, he will be deported back to America. Cage flips this show of authority by saying that he doesn’t want to be there and pointing out that he’s never been under anyone’s jurisdiction. While scouting an Anarchy 99 party, Xander purposely reveals Sova’s cover, which allows him to gain the confidence of Anarchy 99’s leader, Yorgi. Through Yorgi’s brother Kolya, who is a fan of Cage’s show, Xander gains critical information on the military background of Anarchy 99’s members. Xander is attending a car deal with Yorgi at his invitation when Sova shows up and starts a firefight. Xander shoots Sova with a fake blood-splatter round to make it look like he is dead, which causes Yorgi to fully accept Xander as a member of Anarchy 99. Xander returns with Yorgi to their headquarters, a castle outside of the city, where he meets Yorgi’s girlfriend Yelena. Xander finds Yelena trying to break into Yorgi’s safe and, taking her to a nearby restaurant, tells her he is an American agent. Yelena gets a call from Kirill, a sniper working for Yorgi, who reveals they know of Xander’s true identity before he starts firing on them. Yelena and Cage work together to help each other escape by staging a fight between them, which results in Cage knocking Yelena out with a serving tray. Cage is then kidnapped by the NSA team and taken to Gibbons, who tells Xander to return home since his cover is blown, but Xander refuses as he fears for Yelena’s safety from both Yorgi and a planned attack on the castle by special forces. Xander learns that Sova purposely blew his cover.Xander sneaks back to the castle and overhears Yorgi’s plans to equip a waterborn drone named Ahab with “Silent Night” to release the biochemical in the middle of every major city, starting with Prague. Yorgi tests the weapon on his scientists, killing them. Xander rescues Yelena from Yorgi and kills Kolya. At a safehouse, Yelena explains she is an FSB agent, working undercover to get close to Yorgi two years ago, but six months after the start of the operation, her contacts abandoned her. Xander organises the rest of the NSA team in Prague for an assault on Yorgi’s castle. Xander himself jumps out of a plane and snowboards to a nearby monitoring station which Anarchy 99 uses to secure the castle and destroys it by starting an avalanche, but is captured by Yorgi’s forces. Xander is taken back to Yorgi, who reveals he has captured Yelena again and has known about her true identity all along. As the special forces attack starts, Xander and Yelena use the opportunity to escape, killing Kirill and Yorgi, who already launched Ahab towards the center of Prague. Xander alerts Gibbons, who has the Czech military prepare to destroy the Ahab via airstrikes with the unfortunate side effect of releasing some of the biochemical agent. Xander harpoons Ahab from the car, grabs the hard drive containing the priming and targeting information and flips one of the primed bio-warheads, causing the drone to sink underwater. Xander is rescued from the freezing river and Gibbons promises Yelena American citizenship. Xander and Yelena are relaxing in Bora Bora when Gibbons calls, telling him there is another mission. Xander ignores him and goes with Yelena.XXX is a good film, and is moderately entertaining, though considerably too long; trimmed to 95 minutes or so, it could have been an even more decent movie.

Demons once ruled mankind under Akivasha, Sorceress Queen of Acheron, until overthrown by the god Valka. The kingdom of Valusia was built on the ruins of Acheron, and Valka left a single flame of Acheron there to burn for eternity as reminder of “godless times”.

What appears at first to be a great battle soon resolves itself into Kull’s entrance exam for admission into the king of Valusia’s elite Dragon Legion. Kull fails to gain entry, however, after telling General Taligaro that he is from Atlantis, i.e., not of ‘noble blood’. While they speak, a messenger from the palace reports that the king has gone mad and is slaughtering his heirs.

Taligaro and the Legion ride for Velusia, Kull following behind. They enter the throne room to find the king covered in blood and the floor littered with bodies. The king turns on Taligaro, but Kull stops him, trying to calm his blind rage. The king then turns on Kull instead. Mortally wounded when his own sneak attack fails, the king summons enough energy to make Kull his heir out of spite. He knows that many will try to kill Kull, especially Taligaro and his cousin, who are both of royal blood and who would have otherwise been in line for the throne.

Taligaro and the king’s cousin conspire to bring Akivasha back to life, to destroy Kull and take the crown themselves. Akivasha seduces Kull with ease and marries him. Once married, she becomes Queen and promptly poisons Kull, who is believed by the royal court to be dead; however, Kull reawakens to find out the truth of Akivasha. He frees himself from confinement and plots to regain his throne and vanquish the evil witch. He is joined in his quest by Ascalante, a priest of an old abandoned god whom Kull had freed earlier, and Zareta, Ascalante’s sister and fortune-teller, who was a member of Kull’s harem wrongfully accused of his murder by the queen.

What results is a series of tests and adventures which ultimately results in the death of the witch, the reinstatement of Kull as King, the abolishment of the slavery of Velusia, the reformation of the laws of the lands, and the inclusion of a new Queen.

It is a very physical film. The fight scenes are well choreographed.If you are a fan of Andromeda and Hercules you will enjoy watching Kevin Sorbo as Kull.