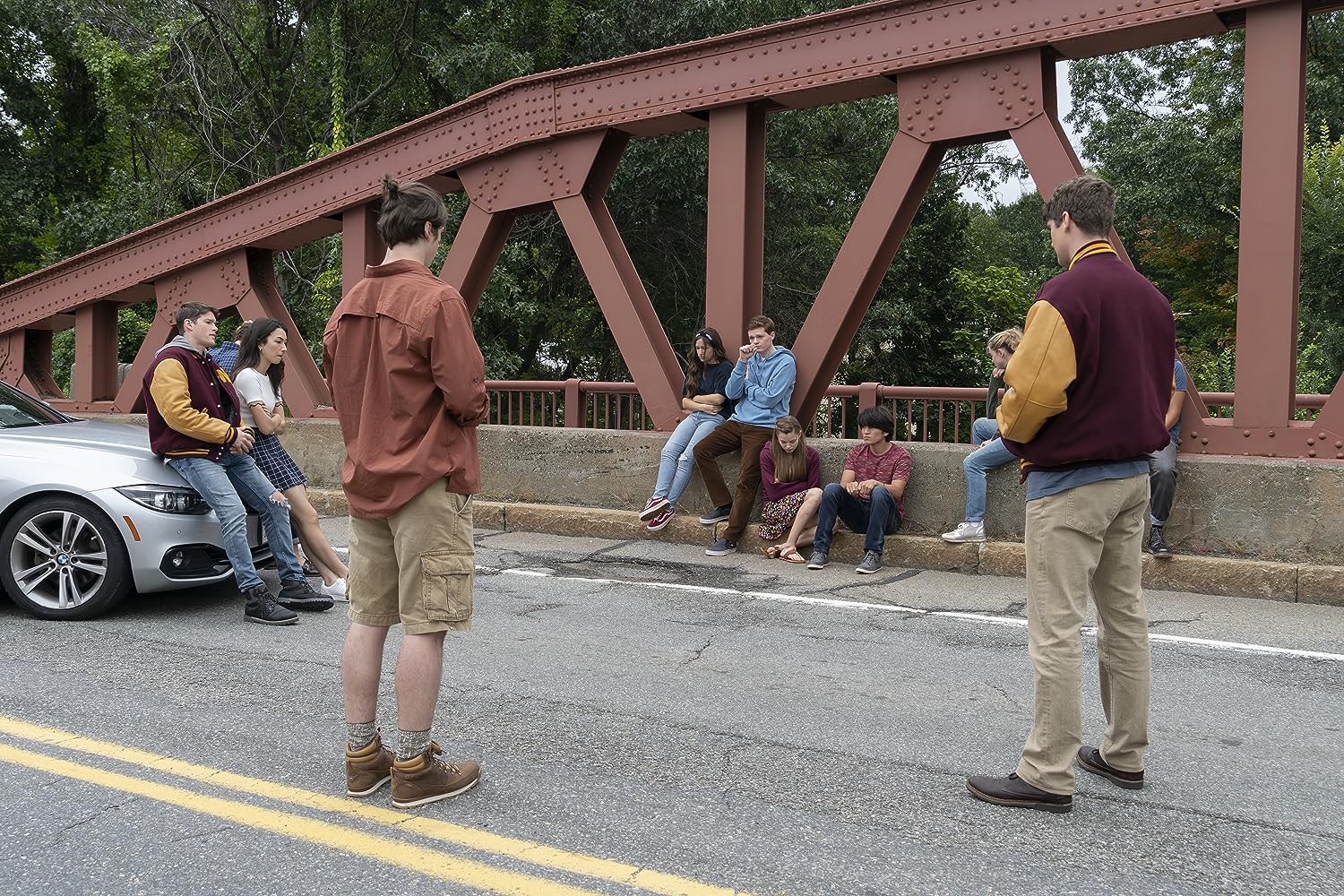 Netflix may have built its original series initially around adults, but these days, it really loves teens — especially teens who behave badly. That’s the cornerstone of “The Society,” a series constructed around the premise of what happens to 200 teenagers who think they’re going on a school field trip, and are instead deposited in a carbon copy version of their small town, except with no adults and no younger children around. Things aren’t too bad at first for the teens — the power is still on, and there’s a supermarket full of food — but the situation quickly takes on new urgency as they slowly realize that they’ve been completely cut off from the rest of the world. How, exactly, the teens ended up in this mirror universe is one question that only sort of haunts the series, as eventually the mystery behind its premise gets de-emphasized in favor of the kids discovering that their survival will require some heavy duty growing up, fast.

This theoretically makes the show a microcosm for discussing philosophical issues surrounding the creation of a society like this, as well as an opportunity to explore the nature of power, as factions arise and battle is waged for control. And while the show drags a bit in its early episodes, as the teens keep getting distracted from the bigger issues by their interpersonal woes, the pacing improves dramatically in the back half of the season as the drama escalates. “Are we in an episode of ‘Riverdale’ or in Soviet Russia?” one teen asks, and the answer ends up being far more the latter. To “The Society’s” credit, its commitment to exploring the big questions raised by the premise, specifically in regards to how the kids might come to manage each other and their resources, is unquestionable — because while initially led by Cassandra (Rachel Keller), the ad-hoc society quickly develops life and death stakes.

The show’s characters, despite being played by many not-exactly teenagers — Keller’s casting as a girl just out of high school feels particularly out of place after her breakout roles as older characters in “Fargo” and “Legion” — feel extremely teenager-y. And the vast nature of the cast, combined with a notable lack of diversity (the cast could be better served by a larger percentage of people of color) occasionally makes it hard to track individual characters — an issue not made easier by the fact that many of the characters lack much in the way of definition. (Like, how many jocks in letter jackets are there, exactly?) However, there are some standouts within the cast, including Kathryn Newton (most recently seen as Reese Witherspoon’s spirited daughter in “Big Little Lies”) as Allie, who finds herself having to step up in order to keep the town from descending into chaos.

Meanwhile Toby Wallace, as resident sociopath Campbell, develops well into his role as a charmingly evil villain. Another strong supporting player who deserves a lot more screen time than she gets is Salena Qureshi as Bean, and Sean Berdy from “Switched at Birth” gets to play a character whose hearing impairment is not his sole defining quality. (The show’s casual embrace of the nuances of sign language is one of its best details.) Too gritty and dark to have much fun scratching the pleasant itch of teen soap tropes, “The Society’s” adult content keep it from feeling like a natural fit for a network like the CW (though it does stir up memories of that network’s “The 100”). From the pilot directed by Marc Webb (“The Amazing Spider-man,” “500 Days of Summer,” the latter film making a cameo appearance later in the season), it feels slightly better in its execution than really necessary — though, no spoilers for the end of the season, but there are plenty of questions left unresolved, to an almost unsatisfying degree.

That said, at a certain point the drama does get addictive, as the show eventually reveals what it’s really about: a grim reckoning with the fact that these teens have had to grow up too fast. And these days, with climate change and school shootings and a government that’s rotting from the inside, teens today might find “The Society” painfully relatable.