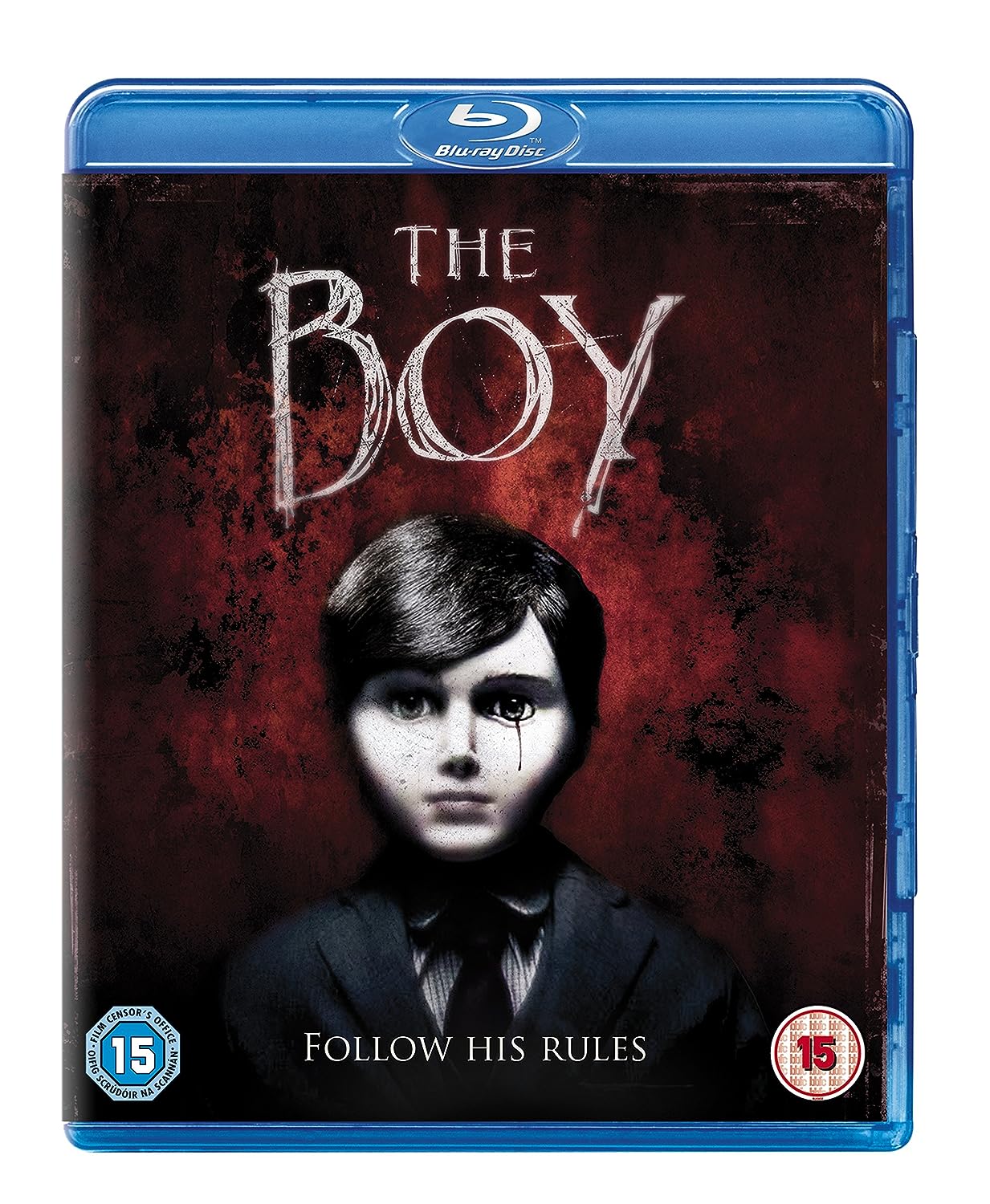 Greta, a young woman from Montana, escapes an abusive relationship by getting a temporary job as a nanny for the British Heelshire family. Upon arrival in the United Kingdom and the Heelshire residence, Greta introduces herself to Mr. and Mrs. Heelshire before meeting the elderly couple’s young son, Brahms. To Greta’s surprise and amusement, Brahms is a porcelain doll, treated like a living child by his “parents”. The real Brahms perished in a fire back in 1991, at the age of eight. Mrs. Heelshire, referring to the porcelain doll, states that Brahms has met “many nannies”, all of whom were “rejected”. Before the Heelshires leave on holiday, they give Greta a list of rules to follow, warning her that Brahms is not a normal child.Initially, Greta follows a relatively normal routine, choosing to ignore the rules set in place for Brahms. She regularly calls her sister, Sandy, and befriends the Heelshires’ flirtatious grocery boy, Malcolm. Soon after Greta’s refusal to follow Brahms’ rules, strange things begin to happen—a child’s sobs are heard in the hallways, phone calls are cut off and Brahms seems to move on his own, vanishing before reappearing in other sections of the house. Greta finds herself locked in the attic by an unseen force and discovers pictures of the real Brahms playing with a little girl, his childhood friend, Emily. After she is served a peanut-butter-and-jelly sandwich outside her door, she begins to believe that Brahms’ spirit lives on in the doll. Meanwhile, the Heelshires are seen on a coastline writing a good-bye letter to Brahms and filling their pockets with rocks before committing suicide by drowning. 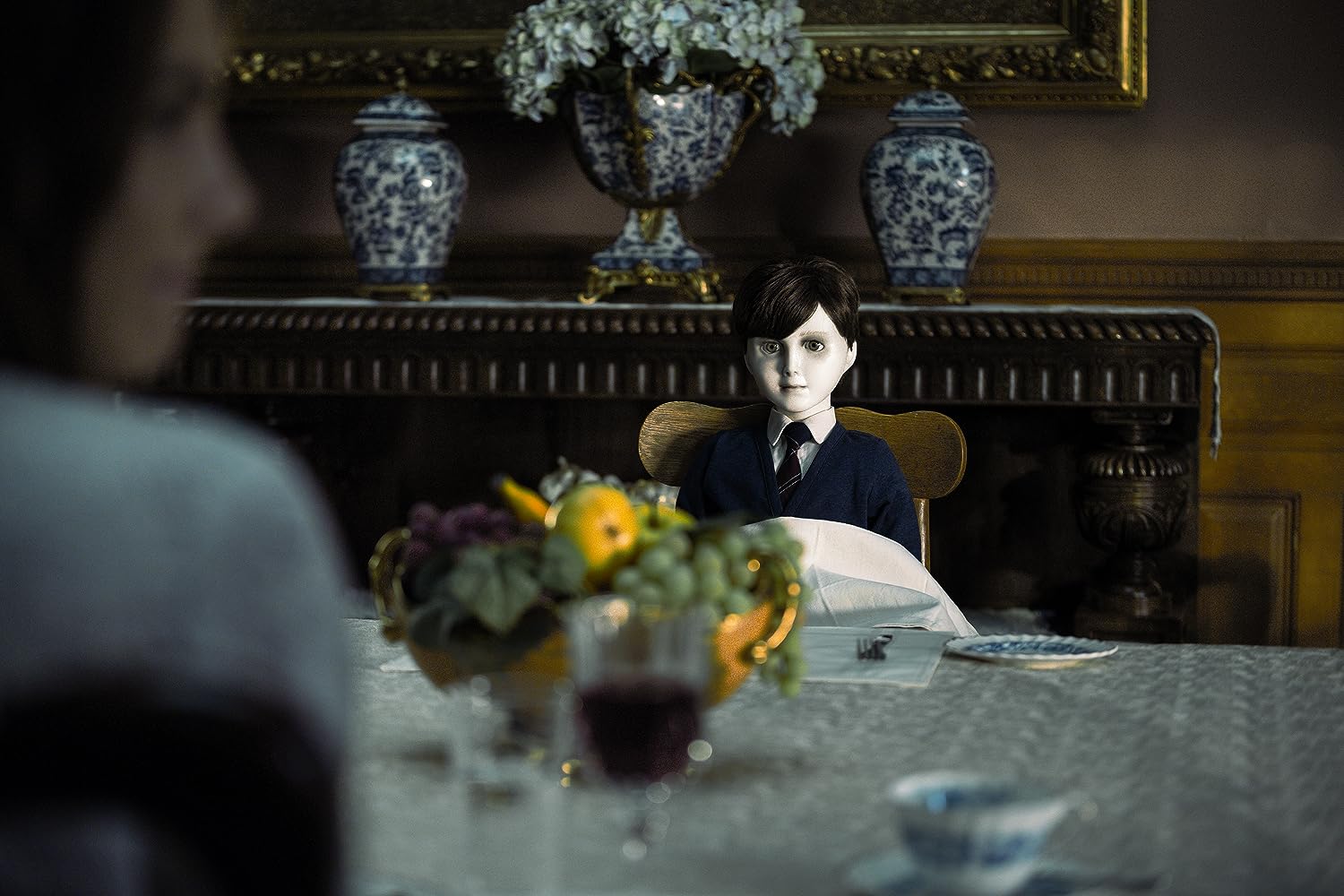 After Greta demonstrates Brahms’ ability to move by himself, Malcolm begins to frequent the house. He informs Greta that the real Brahms was friends with a young girl about his age, who disappeared after a playdate with him in the forest. The girl’s body was later found with her skull crushed. Malcolm warns Greta not to stay in the house, but Greta, having previously suffered a miscarriage, feels obligated to care for Brahms and begins to follow his rules. One evening, Greta discovers her ex-boyfriend Cole playing snooker in the Heelshires’ home. He questions why she has the doll, and wishes to see the real boy. After establishing that there is not a boy, Malcolm arrives while the three of them eat dinner. Malcolm leaves the house but stays in his car in case anything bad happens. During dinner, Cole shows Greta plane tickets and is determined to bring her home, which she refuses to do, making him angry. 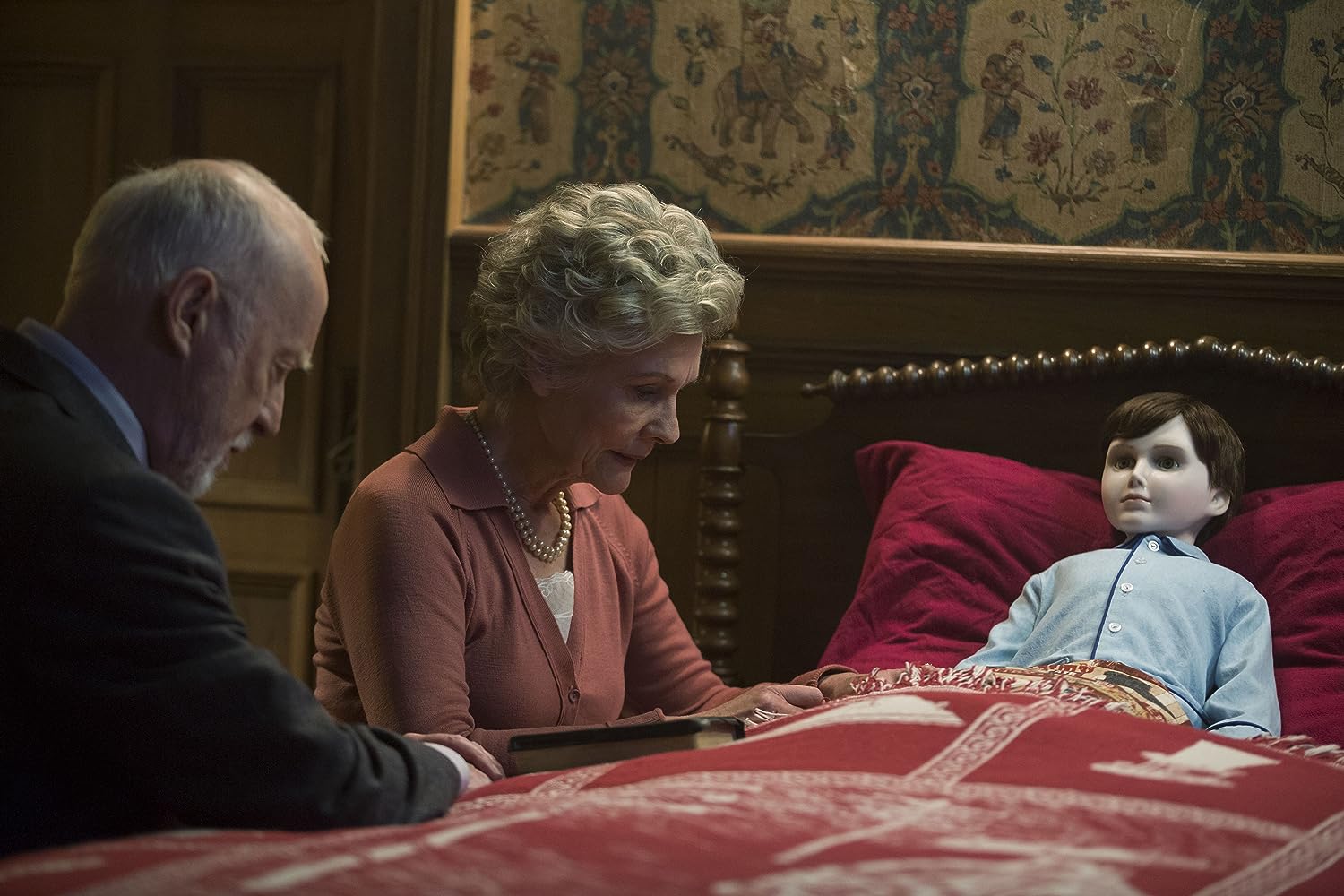 Greta then goes upstairs to put Brahms in bed, and asks him for help. Later on, Cole becomes even more enraged by the appearance of a message written in blood, as he presumed that Greta wrote it to scare him away. Greta says the doll may have done it, which he does not believe. He then pushes Greta and tries to take the doll, and upon hearing the commotion, Malcolm enters the room and an argument breaks out. Cole then loses his temper and smashes the porcelain doll. Immediately after, the house begins to shake, and the lights flicker. Cole goes to investigate a mirror in the room, when suddenly the mirror smashes open and the real adult and very much alive Brahms crawls through the shattered mirror. It is revealed that he was living within the walls of the house the whole time. 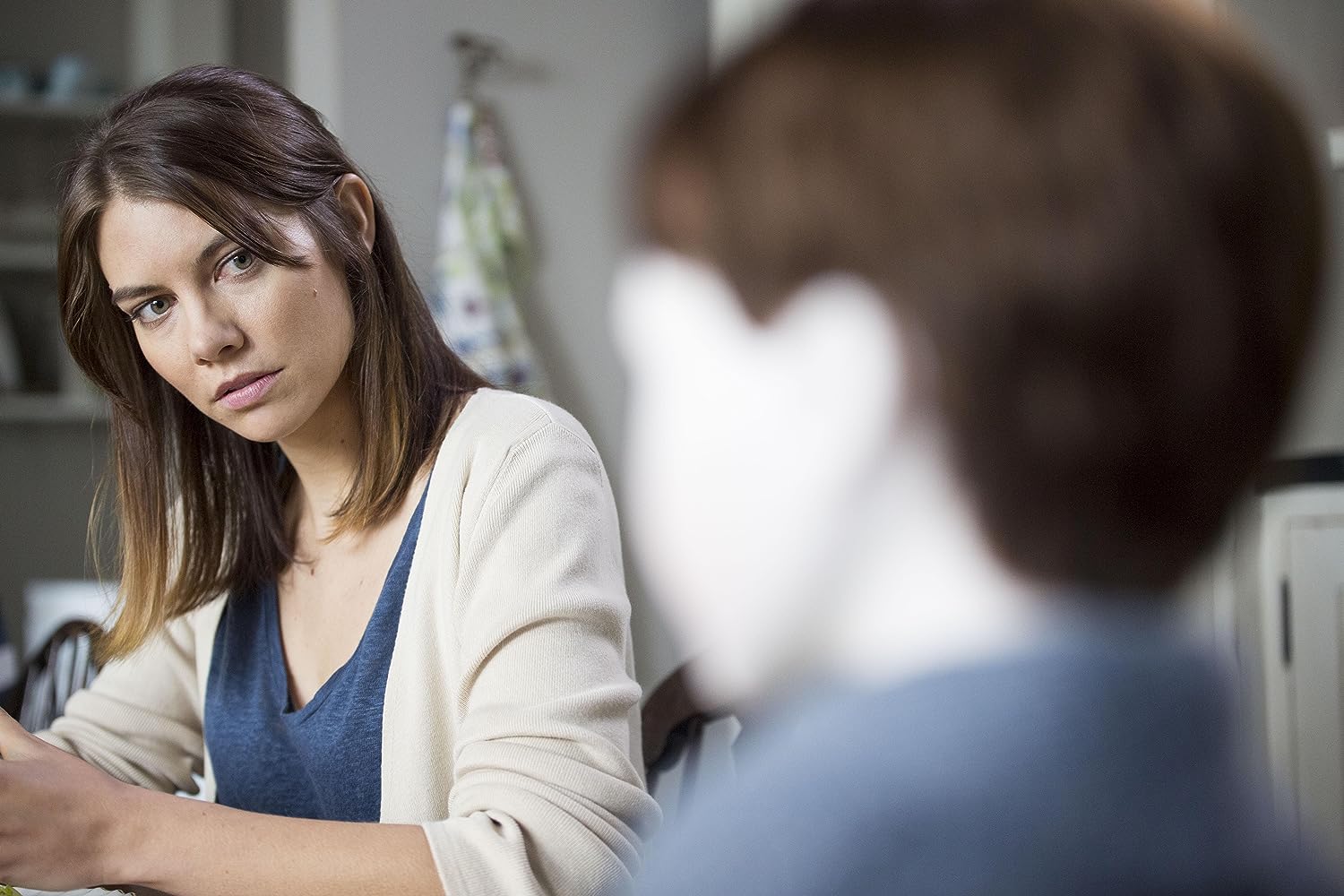 Brahms immediately attacks the group, trying to take Greta with him. Then, after overpowering the group, he kills Cole by stabbing him in the neck with a shard of the broken porcelain doll and then chases Greta and Malcolm throughout the house. They eventually escape to the attic where she discovers the room Brahms was living in, with a straw doll on a bed wearing her dress and jewelry, and embodying her image. Greta realizes that Brahms has been alive all along and was the one who was moving the porcelain doll throughout the house, stealing her possessions, and watching her every move. The Heelshires offered Greta (and the nannies before her) as a form of sacrifice to Brahms for “his keeping”. Soon, the chase resumes and they find a little opening that leads outside of the house. Brahms incapacitates Malcolm after hitting him with a bat twice, and Greta escapes through the opening. Brahms is yelling after her saying that he will kill Malcolm if Greta leaves. She immediately returns after realizing that she needs to save Malcolm. 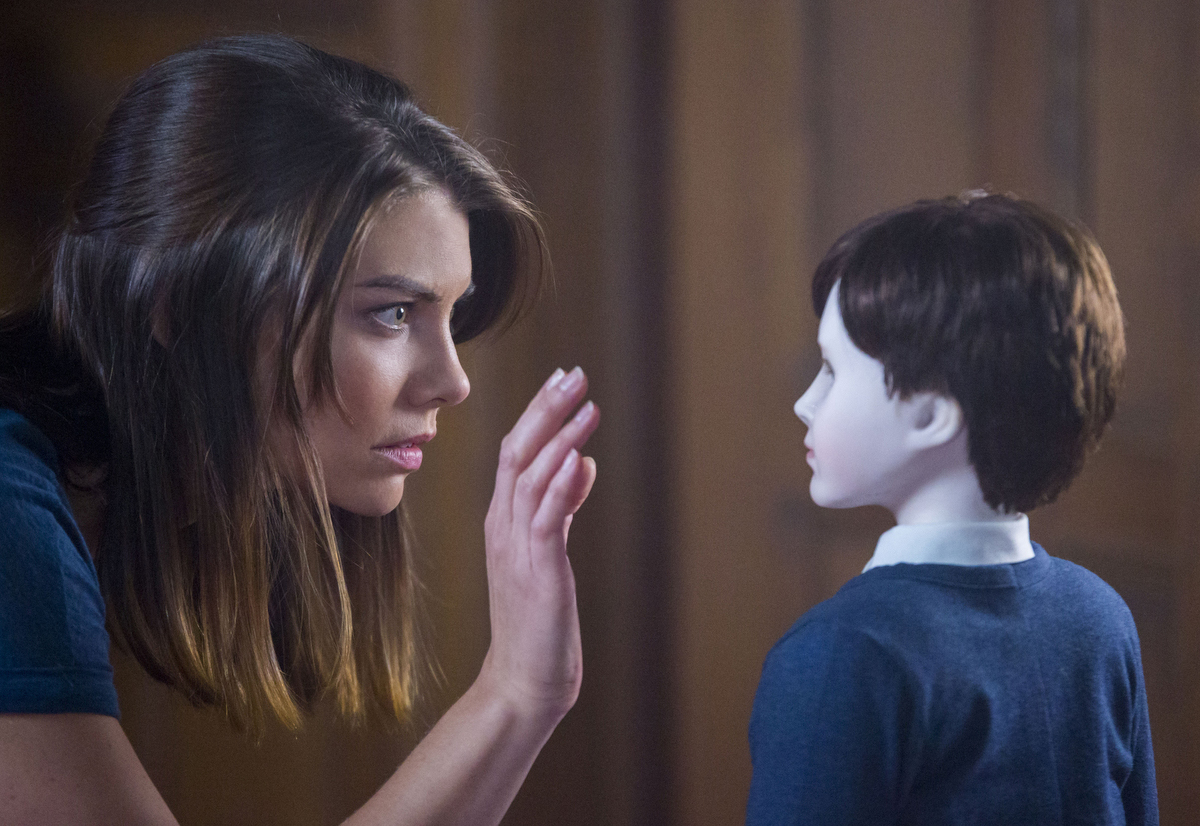 She returns, takes a screwdriver out of the cupboard and slips it into the back of her pants pocket. Greta confronts Brahms, telling him that she won’t leave. She then orders Brahms to go to bed, treating him as she would the doll (Brahms is still a feral child in this regard). After Greta tucks him into bed, he asks for a good night kiss, which she begrudgingly accepts. However, when he tries to pull Greta in and make out with her, she changes her mind and stabs him in the stomach with the screwdriver. Still alive, Brahms retaliates by throwing her against a wall and begins to strangle her. Greta then reaches down to the screwdriver (still stuck in his stomach) and twists it in deeper causing him to drop her and presumably die. Afterwards, she escapes, rescuing Malcolm and leaving the Heelshire estate gate open behind her. The film cuts to a scene of the open gate and then to a hand putting the porcelain doll back together, implying that Brahms is still alive. The film ends with a final glimpse of the repaired doll’s face.Definitely exceeded expectations! Started off as another Annabelle type of film but turned into something way more intriguing.