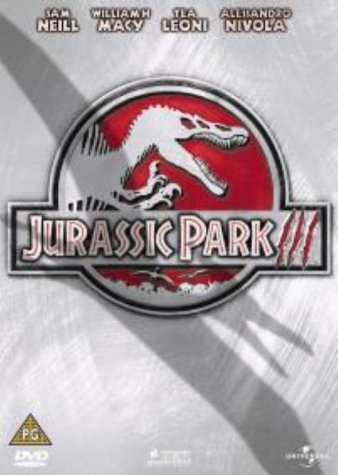 Ben Hildebrand and 12-year-old Eric Kirby go parasailing around the waters of Isla Sorna. An unknown creature attacks and kills the boat crew, forcing Ben to detach the line; he and Eric drift towards the island. On the mainland, Dr. Alan Grant has become famous after his involvement at Jurassic Park, while Ellie Sattler is married and has two children. Grant discusses with Sattler how raptors are far more intelligent than they had previously believed. At a dig site, Grant’s assistant, Billy Brennan, demonstrates how he can use a 3D printer to replicate a Velociraptor larynx.

Paul and Amanda Kirby, a seemingly wealthy couple, offer Grant funding for his research if he will give them an aerial tour of Isla Sorna. Desperate for research support, Grant reluctantly agrees. He flies there along with Paul, Amanda, Billy, and the Kirbys’ mercenary associates, Udesky, Cooper, and their pilot Nash. On the plane, Grant learns that the Kirbys actually plan to land on the island. When Grant opposes, he is knocked out by Cooper and wakes to the sound of Amanda using a megaphone. This attracts a Spinosaurus, which devours Cooper and Nash, and causes the plane to crash into the forest. Fleeing, the survivors briefly lose the Spinosaurus, only to encounter a Tyrannosaurus rex. The Spinosaurus returns, but the group escapes while the two carnivores fight each other. The Spinosaurus overpowers the T. rex and kills it.

Grant learns the Kirbys are actually a middle-class divorced couple, who are looking for their son Eric, and Amanda’s boyfriend Ben, who have been missing on the island for eight weeks. Later, the group finds the parasail with Ben’s corpse attached. The group takes the parasail, and then encounter raptor nests. They find an abandoned InGen compound, where Amanda is ambushed by a raptor. The group manages to trap it, but it escapes and contacts the rest of its pack. The group flees into a herd of Corythosaurus and Parasaurolophus, causing a stampede, separating Grant and Udesky from the others. Grant retrieves Billy’s satchel, while Udesky is killed by the raptors.

Grant suspects the raptors are searching for something, while observing two of them communicating. He is then ambushed and cornered by the raptors, but is rescued by Eric, who managed to survive in an overturned water truck. The next day, Grant and Eric hear Paul’s satellite phone ringing and are reunited with the Kirbys and Billy. Paul explains that he gave the phone to Nash before he was devoured, before the group is attacked by the Spinosaurus. After the group escapes, Grant discovers Billy took two raptor eggs to use for funding, which provoked the raptor attacks. He decides to keep the eggs to ensure the group’s survival. The group unknowingly enters a large aviary used to house Pteranodons, which attack the group and fly away with Eric. Billy rescues Eric by using Ben’s parasail, but is then attacked and seemingly killed by the Pteranodons. The rest of the group escapes the aviary, unintentionally leaving the door unlocked. They make their way downriver using a boat.

That night, the group hears the phone ringing buried in the faeces of the Spinosaurus and retrieves it. As rain falls, Grant tries to contact Sattler, but the Spinosaurus attacks the boat. Grant and Paul scare it off by setting the boat’s fuel on fire. The next day, the group makes their way towards the shoreline, but are surrounded by the raptors once again. The eggs are surrendered to the raptors, while Grant uses the replicated raptor larynx to confuse the pack, who run off with the eggs. The group flees to the coast and find that Sattler had called in the U.S. Marine Corps and the U.S. Navy to rescue them. They discover that Billy, while seriously injured, is still alive. As they leave the island, they see the Pteranodons flying free, and Grant muses they are looking for new nesting grounds.Overall though, “Jurassic Park 3” is well-acted, generally passably written (by “Election”‘s Alexander Payne and two other writers) and offers up just what it says it will – 90 minutes of solid thrills, well-staged and consistently exciting. It certainly won’t go down as one of best films films, but I definitely thought it was  most entertaining.