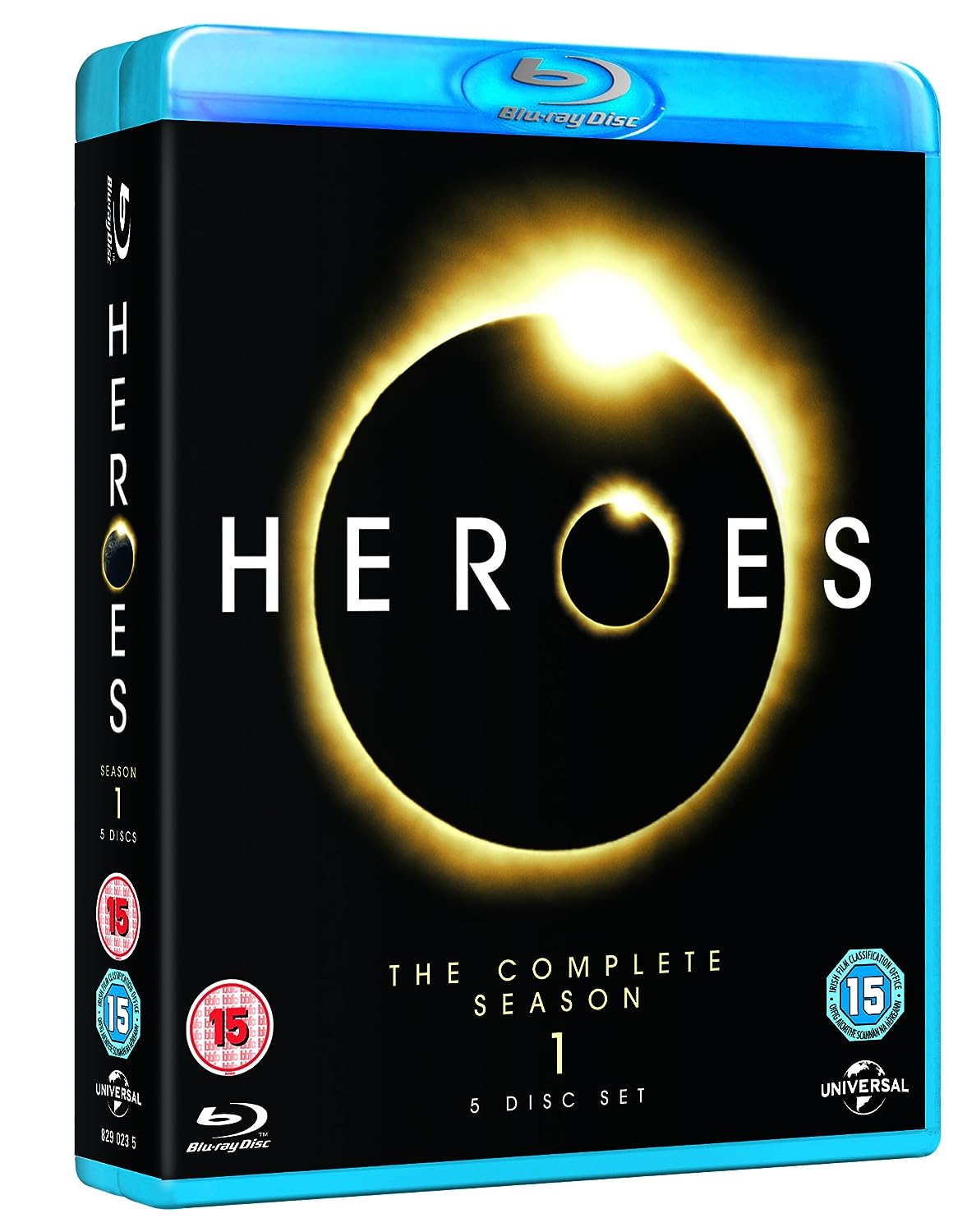 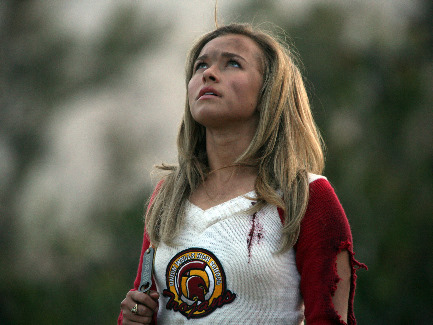 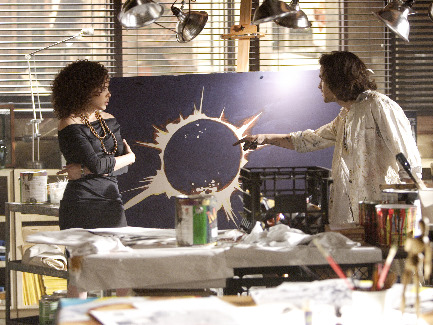 Set on present day Earth, the show details how a growing number of people are developing special abilities outside of government control with a variety of consequences to them and the population at large. Unlike the truncated second season, the first had a full 23 episodes to explore the concept, resulting in a number of smaller, multi-episode arcs that all built toward a bigger picture as the season progressed. Unlike the old style of comic books though, the cast is made up of all sorts of regular people that start to notice they are “special”, some of whom learn to increase their abilities with concentration or training, stumbling at times but honing said powers in numerous ways. 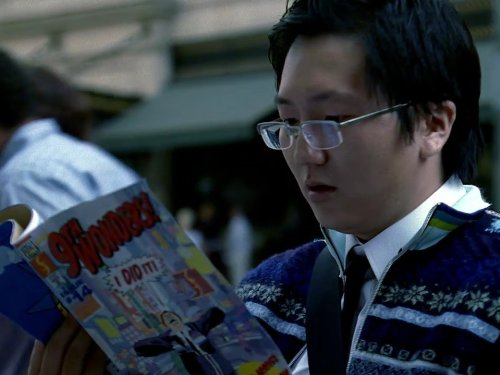 In overall terms, the story uses the Human Genome Project as something of a starting point, using scientist Mohinder Suresh (Sendhil Ramamurthy) as a focal point for identifying gifted people as he follows a trail set forth by his father, a formerly distinguished geneticist that chased what were considered crazy ideas about human evolution until he was killed. Mohinder discovers that certain trace markers in human DNA predict people with abilities and having observed firsthand exactly how gifted some of these people are, he ends up trying to warn them of a serial killer named Sylar (Zachary Quinto) and what appears to be secret agents out to capture them. Needless to say, his efforts are not universally appreciated and he himself is cast into the mix as a pawn, forced to face both powered and mundane humans out to stop him. The show also uses a dozen or so other main characters that either have powers or interact heavily with them, many seemingly patterned after specific comic book characters in terms of abilities, though not so much in terms of their personalities. 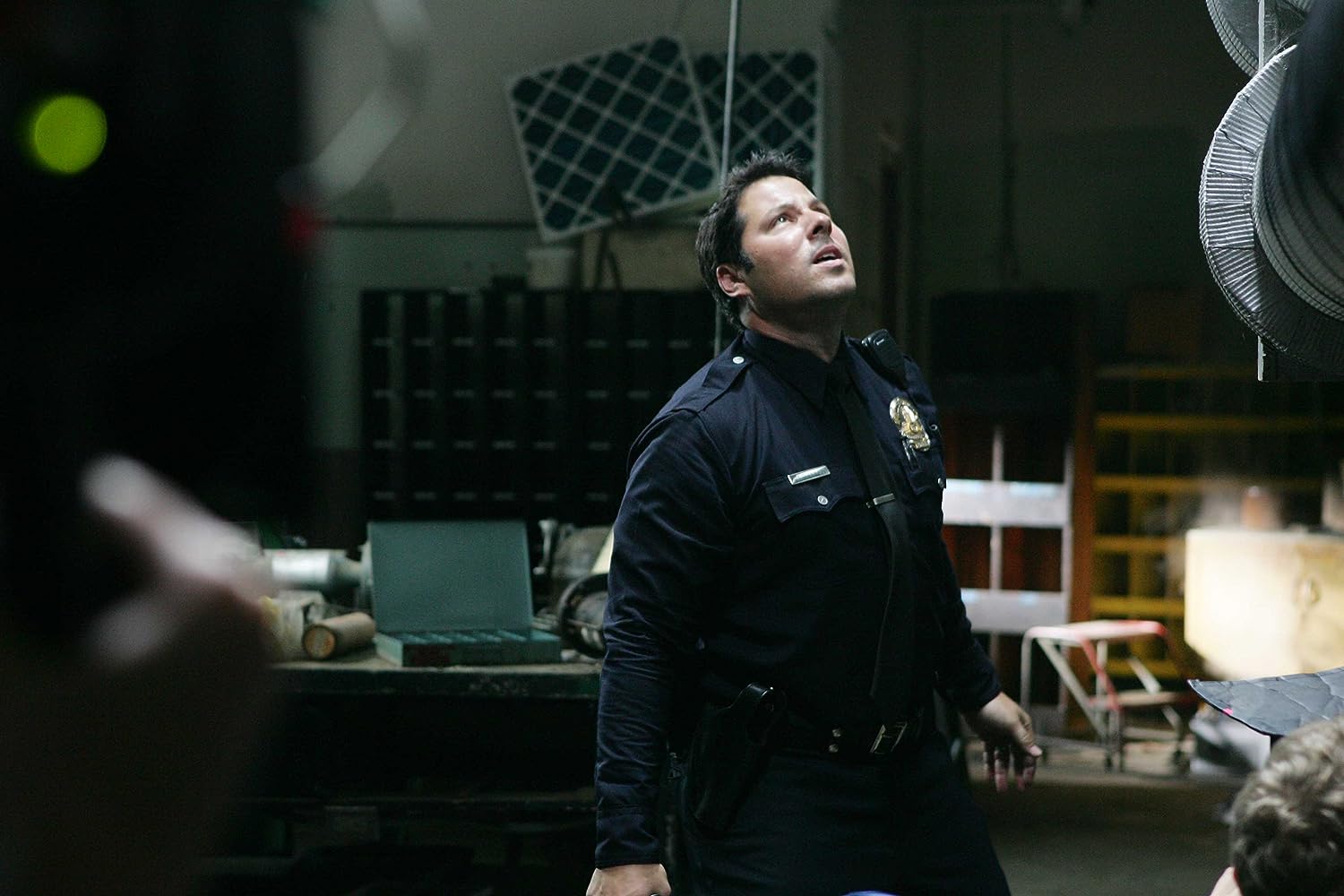 Take Hiro Nakamura (Masi Oka) for example, he can bend the space time continuum if he concentrates hard enough, the Japanese office worker slaving away at his father’s corporation while dreaming of his special destiny. The guy is a stereotypical science fiction/comic book nerd too, wanting more than anything to become a hero rather than follow the path laid out for him by his father Kaito (George Takei of Star Trek fame). His hit or miss attempts to control his powers provide some of the comic relief of the show but he also serves as someone genre fans can identify with as he tries to uncover his own future with the help of his best friend, the mundane Ando Masahashi (James Kyson Lee). 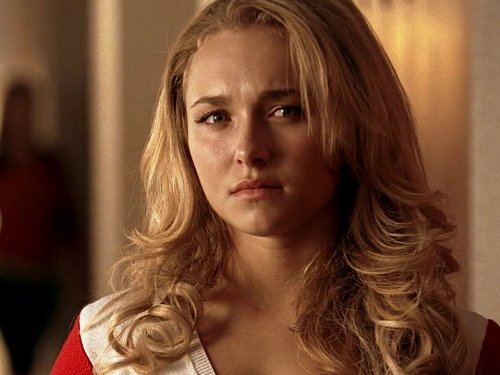 Then there was Claire Bennet (Hayden Panettiere), a gal with Wolverine-like healing powers who figures out she will regenerate no matter what happens to her, the gal finding out her adopted father Noah (Jack Coleman) is working for an agency with special plans for anyone with her kind of talents. The Texas high school cheerleader becomes an integral part of the main picture as she is stalked by Sylar, a man with the ability to take special powers by decapitating those he encounters, their showdown predicted long before by Isacc Mendez (Santiago Cabrera), a precognitive that draws the future while under the influence of heroin. 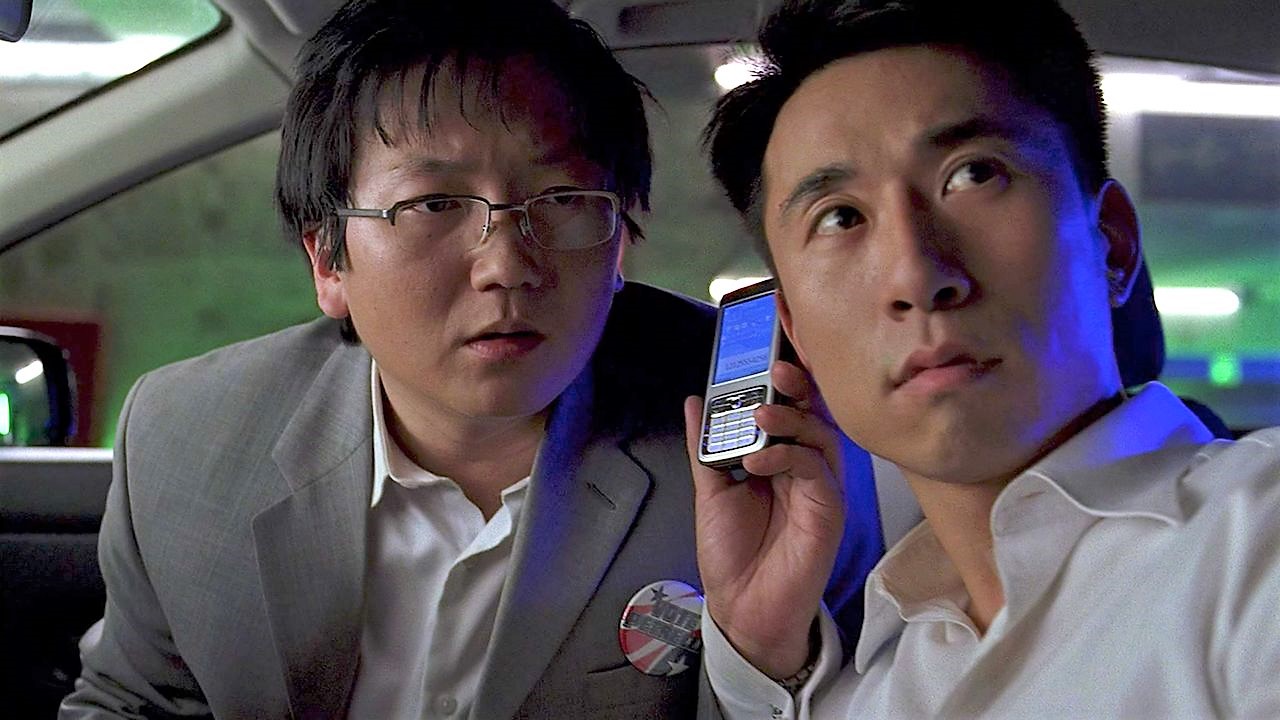 The cast also included internet stripper Niki Sanders (hotty Ali Larter) whose multiple personality disorder grants her alias Jessica super strength, Nathan Petrelli (Adrian Pasdar) a district attorney running for Congress that can fly, his brother Peter (Milo Ventimiglia) that finds out his ability is especially powerful as time moves forward, Matt Parkman (Greg Grunberg) a street cop that can read minds, and DL Hawkins (Leonard Roberts) who can become intangible at will. Some of them try to keep their secret, like Nathan since he is running for office, while others are on the run from the agency searching such folks out (their point man being Noah with the aid of a Haitian that can negate powers and erase minds played by Jimmy Jean Louis), the conspiracy something straight out of shows like The X-Files, Jericho, or Angel. The interactions of the cast make the show quite special too, capturing the spirit of modern comic books better than anything else I have seen to date. 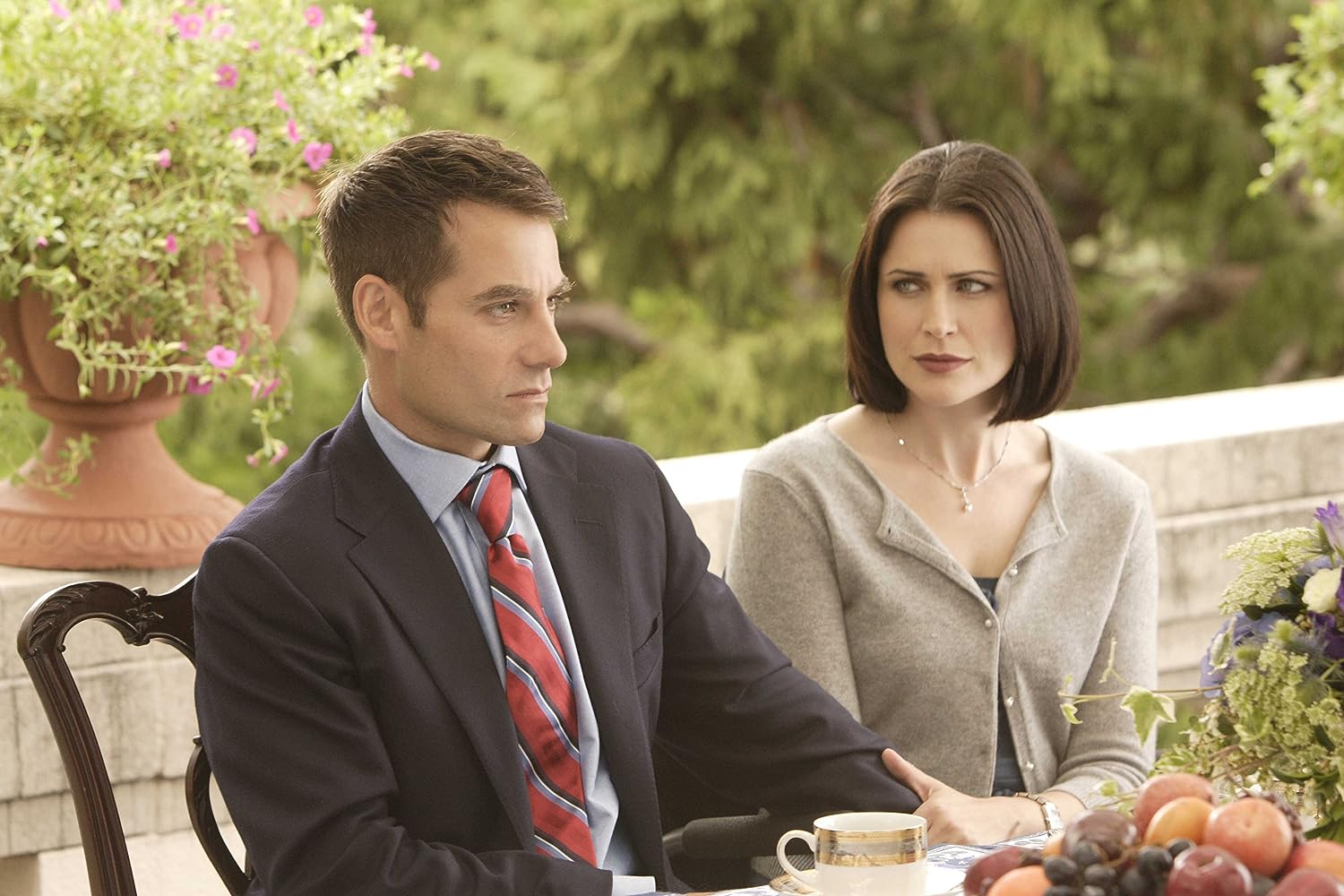 Particularly appealing is the manner in which most of the powers are not overly flashy, the dramatic elements allowed to keep the science fiction elements present but downplayed so that a larger audience won’t be alienated. Some of the episodes were gaudier than others in this respect but the exploration of human nature made this a wonderful show to appreciate, the sheer number of extras requiring me to take a lot longer to review this one but the quality of extras was such that I can see why so many fans found this show (in previous releases) to be such a winner, making it a high end Highly Recommended or better, reports of the second season being somewhat less inspiring but still interesting to me now that I’ve gotten a taste for the show. Also, fans of comic books and science fiction will likely find the great many references to other works interesting to find, things such as character names, addresses, license plates, or other minutia standing out to the dedicated few willing to pay stricter attention. 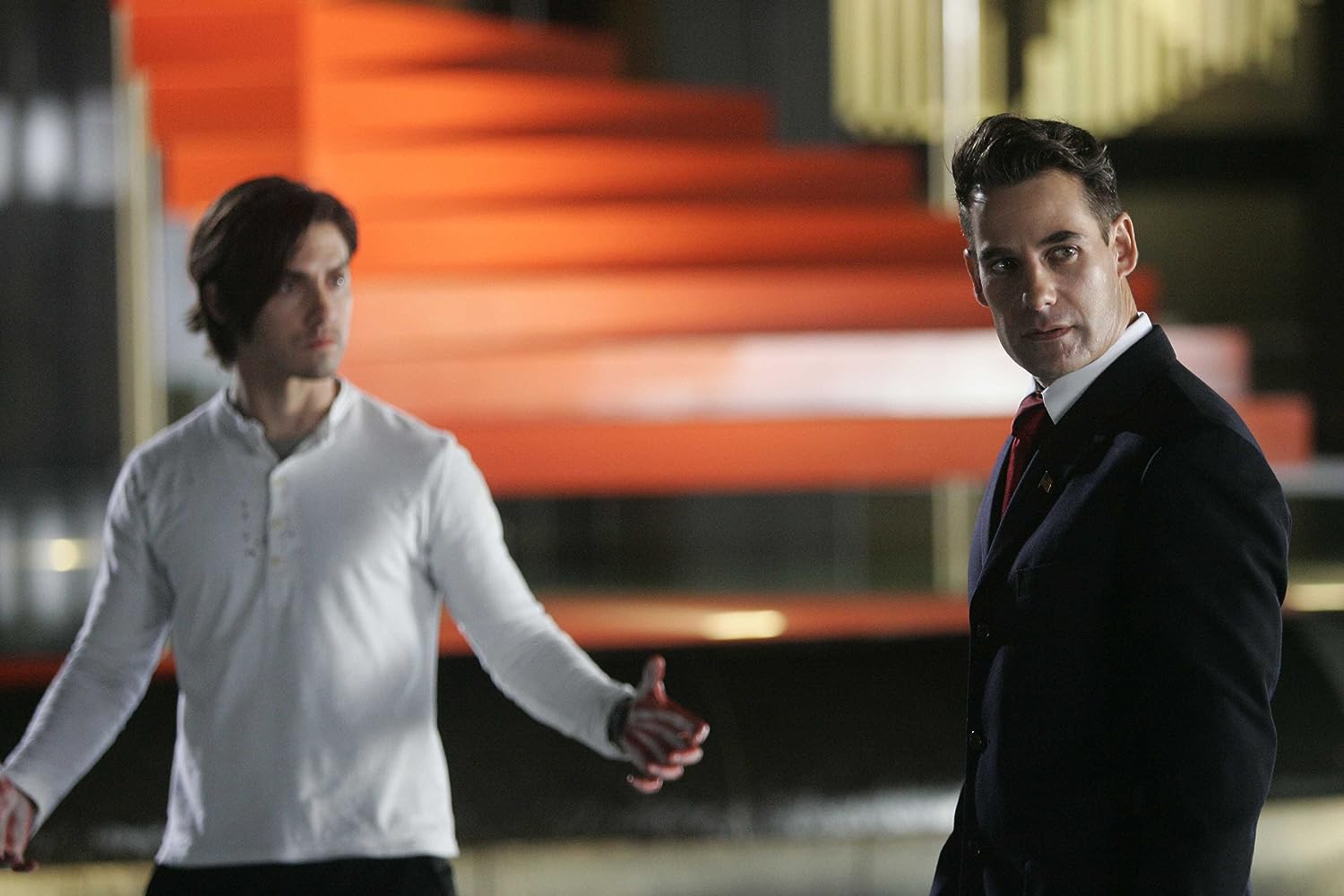 Heroes Season 1 may not have tread completely new territory in terms of vast conspiracies (the manner in which Micah manipulated the election seemed to come straight out of the Gore camp), super powered humans, or the way in which human nature deals so readily with conflict but it was the kind of comic book for TV that I have been waiting for all my life and despite a few writing quirks in this first season, it was most entertaining with the kind of replay value few TV-on-DVD sets provide these days. It dealt with numerous situations that non-fans could appreciate too (rape, alienation, “being different”, and the balance between individual rights versus those of the public being only a few to speak of) and left the show open enough for following seasons to take the characters in all new directions. The use of a formulaic process in the episodes was proven to not impact the quality of the show too, my initial concern about the time travel arcs being a series of “do overs” covered well before the finale showed a healthy respect for making our own destiny instead of a predestined outcome as originally implied. 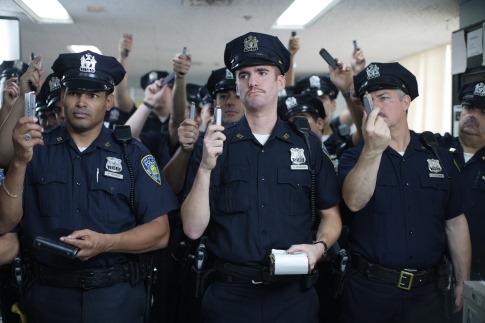 On September 11, 2001, Port Authority Police officers John McLoughlin and Will Jimeno are patrolling the Port Authority Bus Terminal in Midtown Manhattan when they see a plane fly dangerously low overhead. As all of the police officers return to the station, they see on TV that the North Tower of the World Trade Center has been hit by the plane. Sergeant McLoughlin assigns many of the officers to assist in a precautionary evacuation attempt of the North Tower and they board a Metropolitan Transit Authority bus. On the bus, they hear reports that the South Tower is also hit by another plane. When they arrive at the World Trade Center, they realize the extent of the disaster, and see one of the victims jump out of the towers to certain death. The men proceed to get safety equipment from Building 5 and enter the concourse between the towers.

The group consists of McLoughlin, Jimeno, Dominick Pezzulo and Antonio Rodrigues. Officer Christopher Amoroso appears to inform them of other events, such as the attack on the Pentagon, the second plane’s hit on the South Tower and an attack on Israel though the group does not accept any of these as true. As the men prepare to enter the North Tower, the buildings begin to rumble. McLoughlin realizes that the South Tower is collapsing onto them and that their only chance of survival is to run into the service elevator shaft. Amoroso trips and does not have time to get up. Rodrigues is unable to get to the shaft in time. McLoughlin, Jimeno and Pezzulo manage to escape the huge amounts of dust and rubble flying down from the South Tower. However, as the rubble continues to crush the elevator shaft, the three are trapped. As the cascade of debris subsides, Pezzulo realizes he can free himself and manages to move nearer to Jimeno who, along with McLoughlin, is pinned under rubble and cannot move. Pezzulo tries but fails to shift the debris covering Jimeno’s legs and is instructed by McLoughlin not to leave. 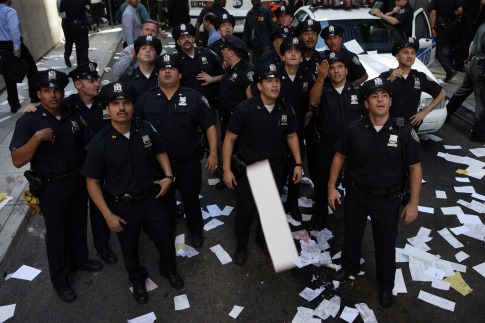 As Pezzulo becomes optimistic that they will live, the rumbling begins again as the North Tower starts to collapse. Although Jimeno and McLoughlin are not further harmed, Pezzulo is fatally injured when a concrete slab falls into the hole, crushing his torso. After he fires a gun through a gap in the rubble to try to alert rescuers to their position, he dies. Jimeno and McLoughlin spend hours under the rubble, in pain but exchanging stories about their lives and families. McLoughlin is particularly anxious to keep Jimeno from falling asleep and Jimeno also realizes that by straining to grab a metal bar above his body, he can make a noise that rescuers might hear. Two United States Marines, Dave Karnes and Jason Thomas, who are searching for survivors, do hear it and find the men, calling for help to dig them out. Jimeno is rescued first, and then hours later McLoughlin is lifted out of the debris, barely alive and in critical condition. They are then both reunited with their distraught families at the hospital. Two years after the attacks, McLoughlin and Jimeno attend a barbecue with their families: McLoughlin’s wife Donna, Jimeno’s wife Allison, daughter Bianca, and their newest addition Olivia.The epilogue states that John and Will were two of the 20 people pulled out alive and are now retired from active duty. Dave Karnes re-enlisted in the Marines.

Nice to see a different spin on the 9/11 tragedies, whilst maintaining the true grit of the overall tragedy.