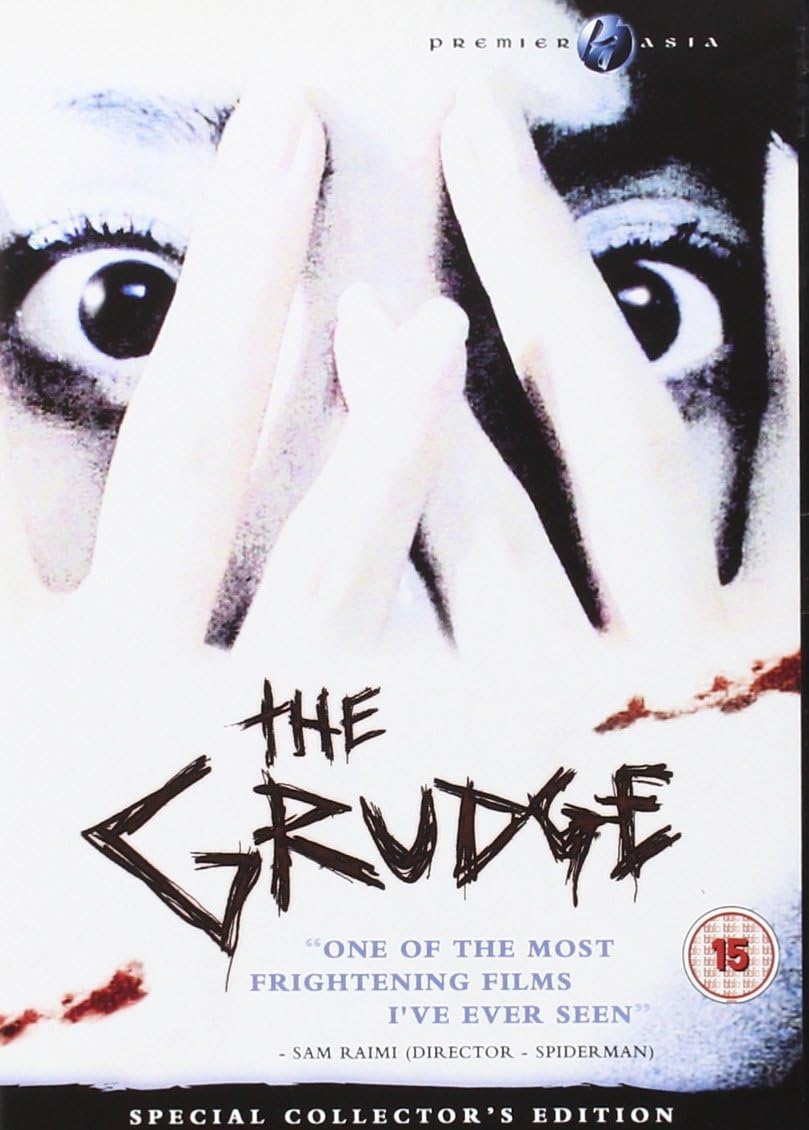 Several years prior to the main plot, Takeo Saeki murders his wife Kayako after discovering she is in love with another man, also killing the family cat, Mar, and his son, Toshio. The murders create a curse that revives the family as a vengeful ghost, with Kayako’s ghost murdering Takeo. Whoever enters the house in Nerima, Tokyo, is eventually consumed by the curse, which spreads to the place they die in and in turn consumes anyone who comes in.The latest owners of the house are the Tokunaga family, consisting of salaryman Katsuya, his wife Kazumi, and his ill mother Sachie. Kazumi is quickly consumed by the curse, and Katsuya is emotionally affected by Takeo’s personality before dying too. Katsuya’s sister Hitomi dies shortly after Kayako’s spirit follows her to her office and then her apartment. Social worker Rika is sent by her boss Hirohashi to care for Sachie. She discovers Toshio, and witnesses Sachie being killed by Kayako’s ghost, causing her to faint.Hirohashi finds Rika and contacts the police. Detectives Nakagawa and Igarashi discover Katsuya and Kazumi’s bodies in the attic, and later learn of Hitomi’s disappearance and the death of a security guard at her workplace. Hirohashi’s body is discovered, and Rika is haunted by the ghosts. Upon researching the history of the house and the Saeki murders, Nakagawa and Igarashi contact a retired detective named Toyama, who is afraid of revisiting the case. Toyama goes to burn the house down but hears a group of teenage girls upstairs. One flees while the others are consumed. Kayako appears, chasing Toyama away but killing Nakagawa and Igarashi.Some time after visiting the house, Rika has moved on with her life. Her friend Mariko, an elementary school teacher, pays a visit to Toshio, who is registered as her student but has never shown up for class. Rika races to save her but is too late. Kayako’s ghost comes after her, and Rika witnesses Kayako briefly take on her appearance. She realizes that she is doomed to play out the curse and the same fate as Kayako. With Toshio watching from the banisters, Takeo’s ghost descends the stairs and kills her. 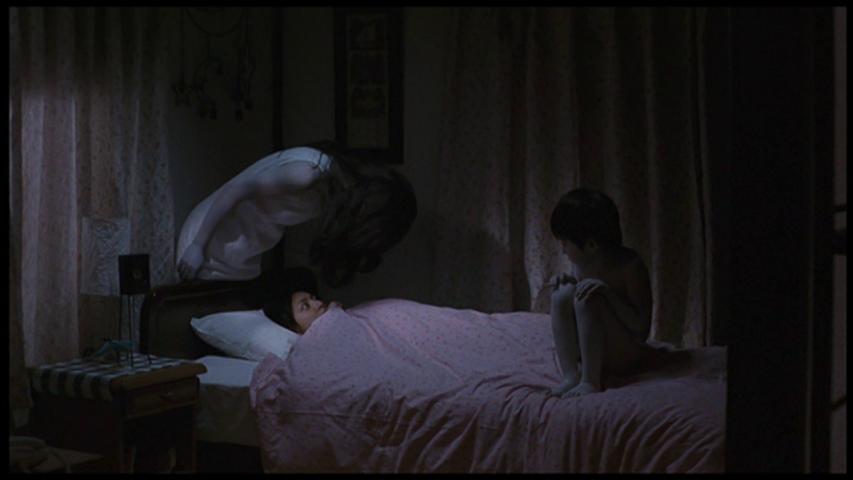 In the deserted Tokyo streets, many missing persons posters lie on the ground. Rika’s corpse, now with a much longer hairstyle similar to Kayako, lies in the house’s attic, only to reawaken with a death rattle. Elsewhere, Toyama dies at some point and leaves his daughter Izumi behind. As a teenager, Izumi went to the house with her friends but fled while her friends were killed by Kayako; this was the event Toyama witnessed in the past. Izumi is wrought with guilt for abandoning her friends and becomes increasingly paranoid and unstable. Two of her other friends visit her and discover Izumi and her dead friends have their eyes blackened out in photos. Izumi encounters a vision of her dead father, then discovers the ghosts of her friends watching her. She is cornered by her dead friends, only for Kayako to appear and drag her into damnation. 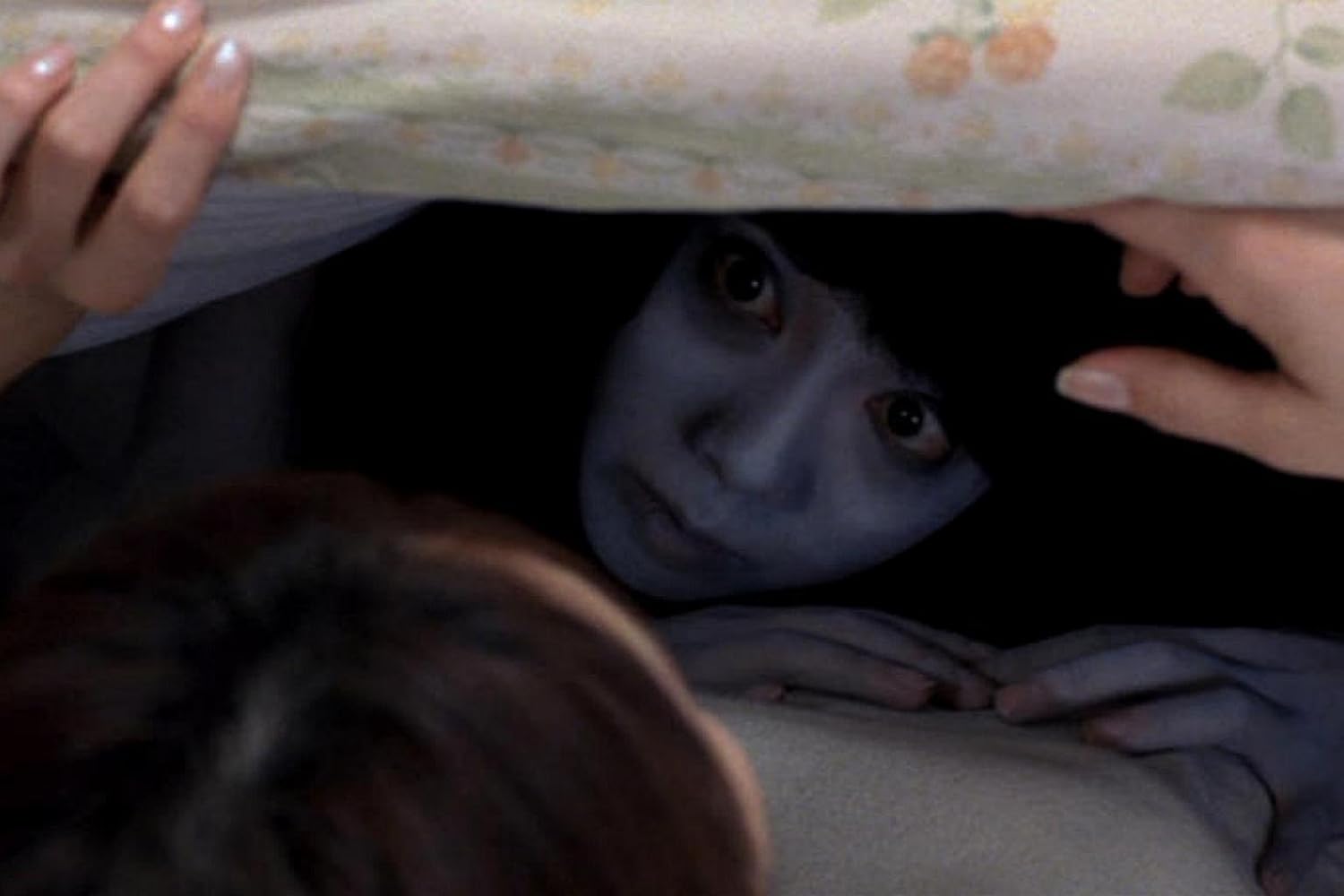 This is a nicely atmospheric horror film, with a creepy scene per minute. There were a couple very minor flaws–occasionally awkward performances or editing being the primary one, but overall this is highly recommended.