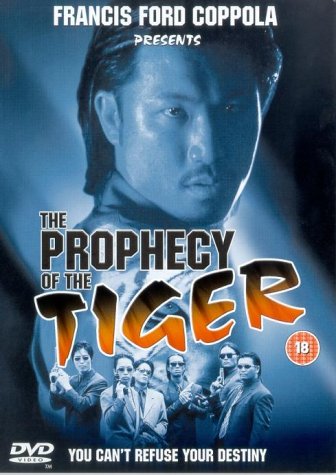 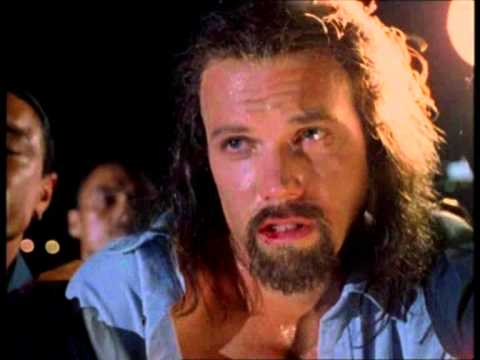 When it comes to interpreting classic horror novels to the silver screen, Francis Ford Coppola is a funny one. Having already directed “Bram Stoker’s Dracula”  and co-produced “Mary Shelley’s Frankenstein”  it seems only natural that he would try his luck with a version of Robert Louis Stevenson’s “Dr. Jekyll and Mr. Hyde.” Unfortunately, the only thing you’ll find in common with Stevenson’s mini-novel and this film is the American film title.

One can only imagine how this little film got into production. Coppola must have never even read the script. I imagine his agent gave him a call and said, “Hey, they need an executive producer for another Jekyll and Hyde picture. You’ve already done Dracula and Frankenstein. Another wouldn’t hurt…we could sell them in a three-in-one DVD pack, because we’re clever Hollywood marketers. What do you say?” Well, someone got fired over this deal, and I have a feeling that it was Coppola’s agent (and quite possibly Adam Baldwin’s as well). Adam Baldwin, judging from his previous work was an ideal choice to play a young, charismatic Dr. Jekyll in Victorian London. Instead, this treatment gives us a Henry Jekyll who adopts a martial-artist crime fighter secret identity as Mr. Hyde, a being he mutates into (think the Incredible Hulk) after being revived from the dead by a mysterious herb while vacationing with his wife in Hong Kong. He then seeks out to avenge the death of his wife by transforming into Mr. Hyde, kind of like a really ugly caped crusader. Oh yeah, and I forgot to mention that he is the prophesized “White Dragon” or something to that effect, destined to save the world, yadda yadda yadda.

The makers have taken what would have been a mediocre martial artist movie and made it worse by adding the Dr. Jekyll/Mr. Hyde theme, and loosly at that. My question is, who put this thing together? Judging from its low production values, I can only assume that it was originally a made-for-tv, would-be television pilot in the tradition of “Invisible Man,” and, when it didn’t find a distributor, was dumped on video as a feature film for the sake of Coppola’s name. While some of the martial-arist fighting is indeed quite nice, for a cheap production like this, and Adam Baldwin shows potential as a would-be Jekyll and Hyde, I cannot recommend this film on any level. Gothic horror fans will find no Gothic horror, and martial artist fans won’t find anything that hasn’t already been done better.

To be fair, however, Coppola’s previous efforts at Gothic horror have featured deceiving titles: “Bram Stoker’s Dracula” had little to do with the Bram Stoker’s novel, and “Mary Shelley’s Frankenstein” was more an effective homage to it than a literal interpretation. At least he successfully leaves the “Robert Louis Stevenson” out of the title.

Man-Thing is set in a backwater Leeziana town with an unusually large number of unexplained disappearances, the previous sheriff among them. Kyle Williams (Matthew Le Nevez) isn’t on the job as Bywater’s new sheriff long before he’s saddled with a murder investigation, one that’s interrupted by a squabble involving protestors at Schist Petroleum. Schist has set up shop in swamplands held sacred by the three…well, two, now…Indians that call Bywater home. Schist’s buyout happened under extremely suspicious circumstances, and townsfolk like schoolteacher Teri Richards (Rachel Taylor) aren’t going to stand for it. So…you know the drill. More unexplained murders. Kyle and Teri fall madly in love inexplicably quickly as they investigate. Can’t trust rednecks or blustering corporate weasels. Climax when the Man-Thing finally comes.

For a movie titled Man-Thing, the plant-like creature almost seems like a minor supporting character. Sure, there are plenty of P.O.V. shots. A hand. A briefly glimpsed arm. A fuzzy photo. You don’t really get a full-on, unobscured look at Man-Thing until the last fifteen minutes or so of the movie. Sure, a “less is more” approach can work extremely effectively in a movie like Jaws, but Man-Thing isn’t Jaws. Wow. It really, really isn’t Jaws.

Very loosely based on “Cry of the Native” in Adventures into Fear #16, the basic story is a mishmash of clichés — amorous kids who stumble into the path of a killer before the opening titles, the new cop in town, the corrupt, murderous businessman, a wronged man wreaking havoc from the grave, the quarreling, determined woman who gradually steps into the role of love interest, two scoops of cryptic Native American hokum… The creature looks like Roy Thomas and Gerry Conway’s creation, and a character named Ted Sallis does factor in, but the origin and motivations are both completely different. Nothing that happens bears much resemblance to the comics; the creature is practically a guard dog, killing pretty much everyone who crosses his path indiscriminately. No one who knows fear even burns at the Man-Thing’s touch. Violent shaking and stabbing vine-tentacles, sure, but no burning touch. I guess even if he is a second or third-tier character, “Man-Thing” still carries more marquee value than “Boring Sheriff”, the bland character who winds up snagging most of the screentime. The cast as a whole ranges from mediocre to there-are-twenty-million-people-in-Australia-and-I’m-pretty-sure-you-could-find-someone-better-than-this-guy. Also, Australians attempting a Southern accent are about as convincing as me trying to adopt an Australian accent. Stop it.

Although Man-Thing debuted on the Sci-Fi Channel, this DVD has the full R-rated version of the movie, complete with a little bit of silicone-enhanced nudity and plenty of profanity. Some of the special effects wound up looking reasonably nice, and it’s unflinching about lingering shots of mangled corpses and skewering much of the cast. Doesn’t do much to redeem the movie, tho’. If I were watching Man-Thing on television, I’d have given up before the opening titles.  There’s no sense of tragedy or emotion or fear or excitement or…anything. Man-Thing isn’t unendurable or unwatchable, but the movie’s so bland, so uninteresting, and so sluggishly paced that it’s nearly impossible to recommend.