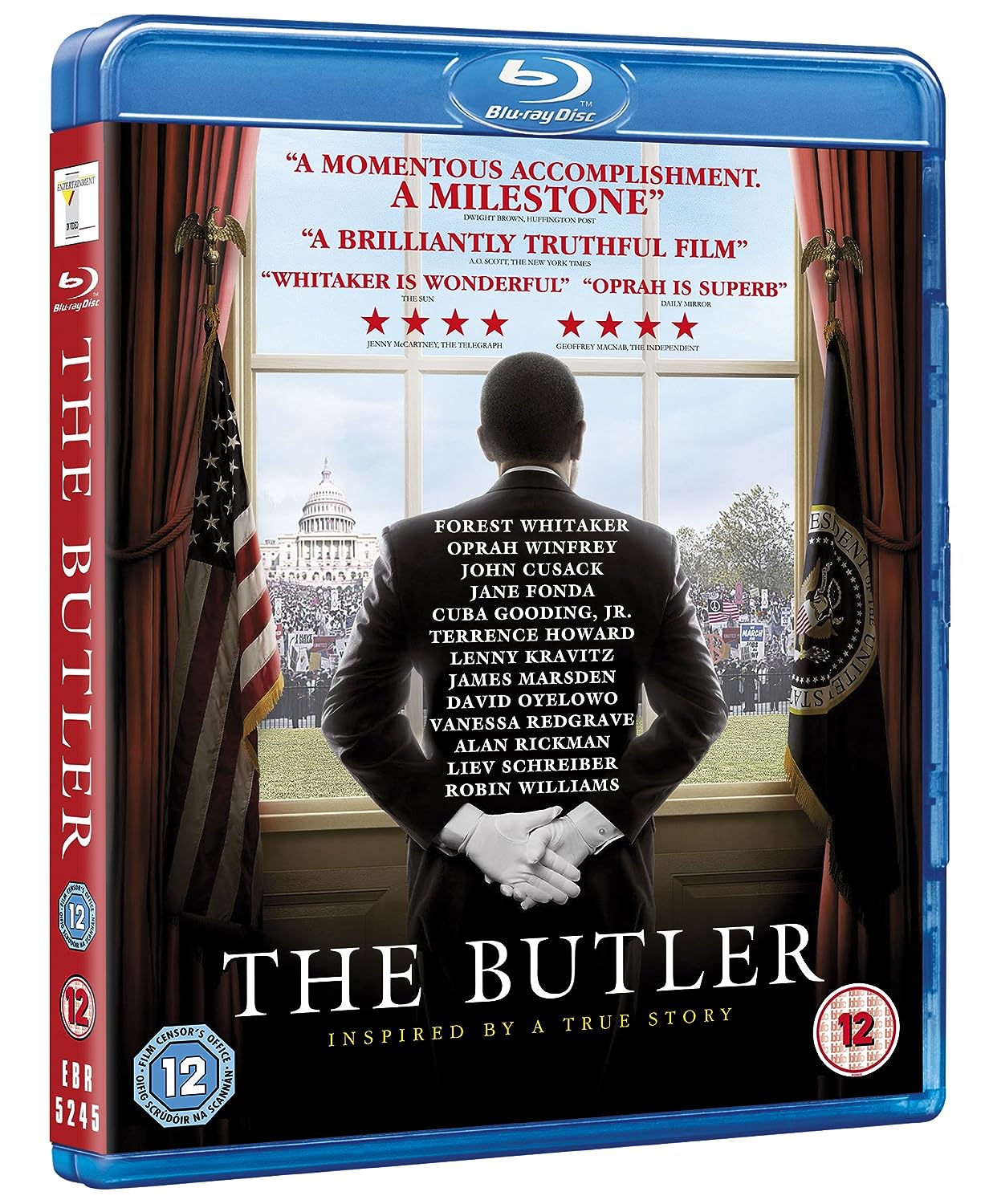 In 2009, an elderly Cecil Gaines recounts his life story, while waiting at the White House to meet the newly inaugurated president. In 1926, at the age of seven, Gaines is raised on a cotton plantation in Macon, Georgia, by his sharecropping parents. One day, the farm’s owner, Thomas Westfall, rapes Cecil’s mother, Hattie Pearl. Cecil’s father confronts Westfall, and is shot dead. Cecil is taken in by Annabeth Westfall, the estate’s caretaker and owner’s grandmother, who trains Cecil as a house servant. 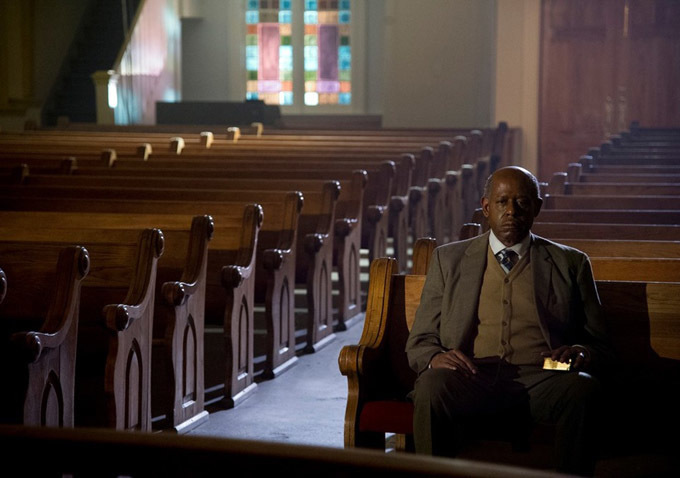 In 1937, at age eighteen, he leaves the plantation and his mother, who has been mute since the incident and presumably dies of old age by the time the plantation shuts down. In desperation from hunger, Cecil breaks into a hotel pastry shop, elects sympathy in the elderly master servant, Maynard, asks for a job and is, unexpectedly, hired. He learns advanced serving and mostly interpersonal skills from Maynard, who, after several years, recommends Cecil for a position in a Washington, D.C. hotel. While working at the D.C. hotel, Cecil meets and marries Gloria, and the couple has two sons: Louis and Charlie. In 1957, Cecil is hired by the White House during Dwight D. Eisenhower’s administration. White House maître d’hôtel Freddie Fallows shows Cecil around, introducing him to head butler Carter Wilson and co-worker James Holloway. At the White House, Cecil witnesses Eisenhower’s reluctance to use troops to enforce school desegregation in the South, then his resolve to uphold the law by racially integrating Little Rock Central High School in Arkansas. 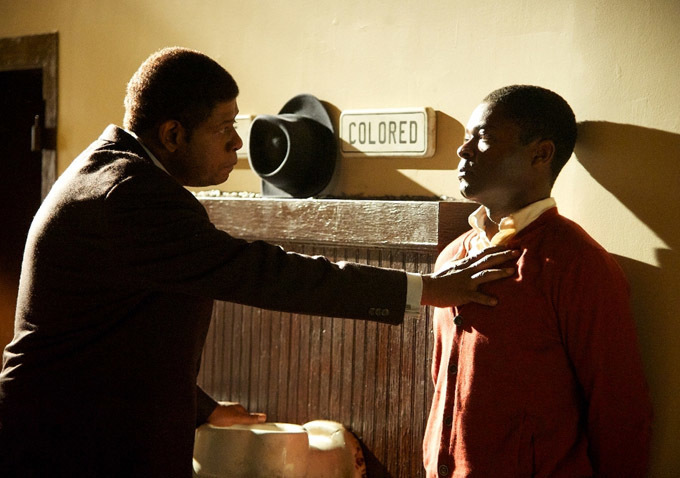 The Gaines family celebrates Cecil’s new occupation with their neighbors, Howard and Gina. Louis, the elder son, becomes a first generation university student at Fisk University in Tennessee, although Cecil feels that the South is too volatile; he wanted Louis to enroll at Howard University instead. Louis joins a student program led by Southern Christian Leadership Conference (SCLC) activist James Lawson, which leads to a nonviolent sit-in at a segregated diner, where he is arrested. Furious, Cecil confronts Louis for disobeying him. Gloria, who feels that Cecil puts his job ahead of her, descends into alcoholism and an affair with the Gaines’s neighbor, Howard. 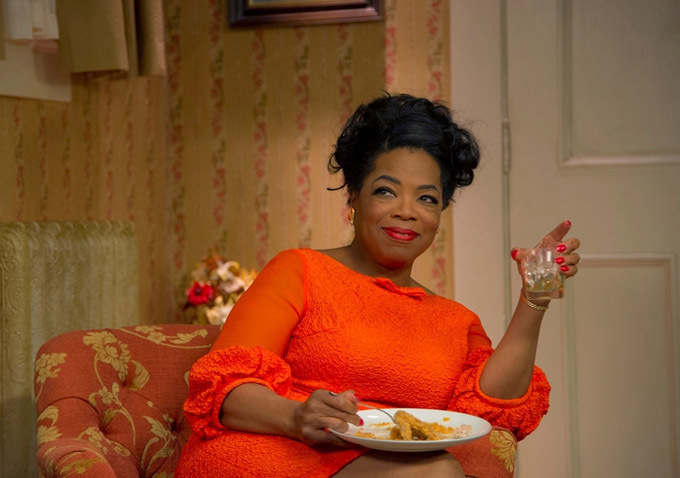 In 1961, after John F. Kennedy’s inauguration, Louis and a dozen others are attacked by members of the Ku Klux Klan while on a freedom ride to Birmingham, Alabama. Louis is shown participating in the 1963 Birmingham Children’s Crusade, where dogs and water cannons were used to stop the marchers, one of the movement’s actions which inspired Kennedy to deliver a national address proposing the Civil Rights Act of 1964. Several months after the speech, Kennedy is assassinated. His successor, Lyndon B. Johnson, enacts the transformative legislation into law. As a goodwill gesture, Jackie Kennedy gives Cecil one of the former president’s neckties before she leaves the White House.Louis is later shown participating in the 1965 Selma Voting Rights Movement, which inspired Johnson to demand that Congress enact the landmark Voting Rights Act of 1965. Johnson also gives Cecil a tie bar. In the late 1960s, after civil rights activist Martin Luther King, Jr.’s assassination, Louis visits and tells his family that he has joined the Black Panthers. Outraged, Cecil orders Louis and his girlfriend, Carol, to leave his house. Louis is soon arrested, and Carter bails him out. Cecil becomes aware of President Richard Nixon’s plans to suppress the movement.The Gaines’ other son, Charlie, confides to Louis that he plans to join the Army in the war in Vietnam. Louis announces that he won’t attend Charlie’s funeral if he is killed there because while Louis sees Americans as multiple races, Charlie sees the country as one race. A few months later, Charlie is killed and buried at Arlington National Cemetery. Louis does not attend. However, when the Black Panthers resort to violence in response to racial confrontations, Louis leaves the organization and returns to college, earning his master’s degree in political science and eventually running for a seat in Congress.Cecil repeatedly confronts his supervisor at the White House over the unequal pay and career advancement provided to the black White House staff. With President Ronald Reagan’s eventual support, Cecil prevails and his professional reputation grows to the point that he and his wife are invited by President and Nancy Reagan to be guests at a state dinner. At the dinner and afterwards, Cecil becomes increasingly uncomfortable with the class divisions in the White House. Finally, after witnessing Reagan’s refusal to support economic sanctions against Apartheid South Africa, Cecil resigns. Cecil and Gloria visit the defunct, abandoned Georgia plantation where he was raised. Gloria agitates for Cecil to mend his relationship with Louis. Realizing his son’s actions are heroic, Cecil joins Louis at a Free South Africa Movement protest against South African apartheid, and they are arrested and jailed together.In 2008, Gloria dies shortly before Barack Obama is elected as the nation’s first African-American president, a milestone which leaves Cecil and Louis in awe. Two months, two weeks and one day later, Cecil prepares to meet the newly inaugurated President at the White House, wearing the articles he had received from presidents Kennedy and Johnson. Stephen W. Rochon approaches Cecil and tells him the president is ready and prepares to show him the way to the Oval Office. Cecil tells him that he knows the way, and, as he walks down the hallway, the voices of presidents Eisenhower, Kennedy, and Johnson are heard, then President Barack Obama’s famous “Yes we can” quote is heard as Cecil walks through the doors of the Oval Office.Some superb performances here noteably from Forrest Whittaker giving one of his best performances as The Butler himself and Operah Winfrey giving her best performance ever as his loyal wife with excellent support from Terrance Howard and John Cusack, Robin Williams, James Marsden and Alan Rickman give good cameo appearances as presidents Nixon, Eisenhower, Kennedy and Reagan respectively with Jane Fonda also appearing as Nancy Reagan. Yes it gets very sentimental but this is ultimately a powerful piece of filmmaking from Lee Daniels the director of Precious. 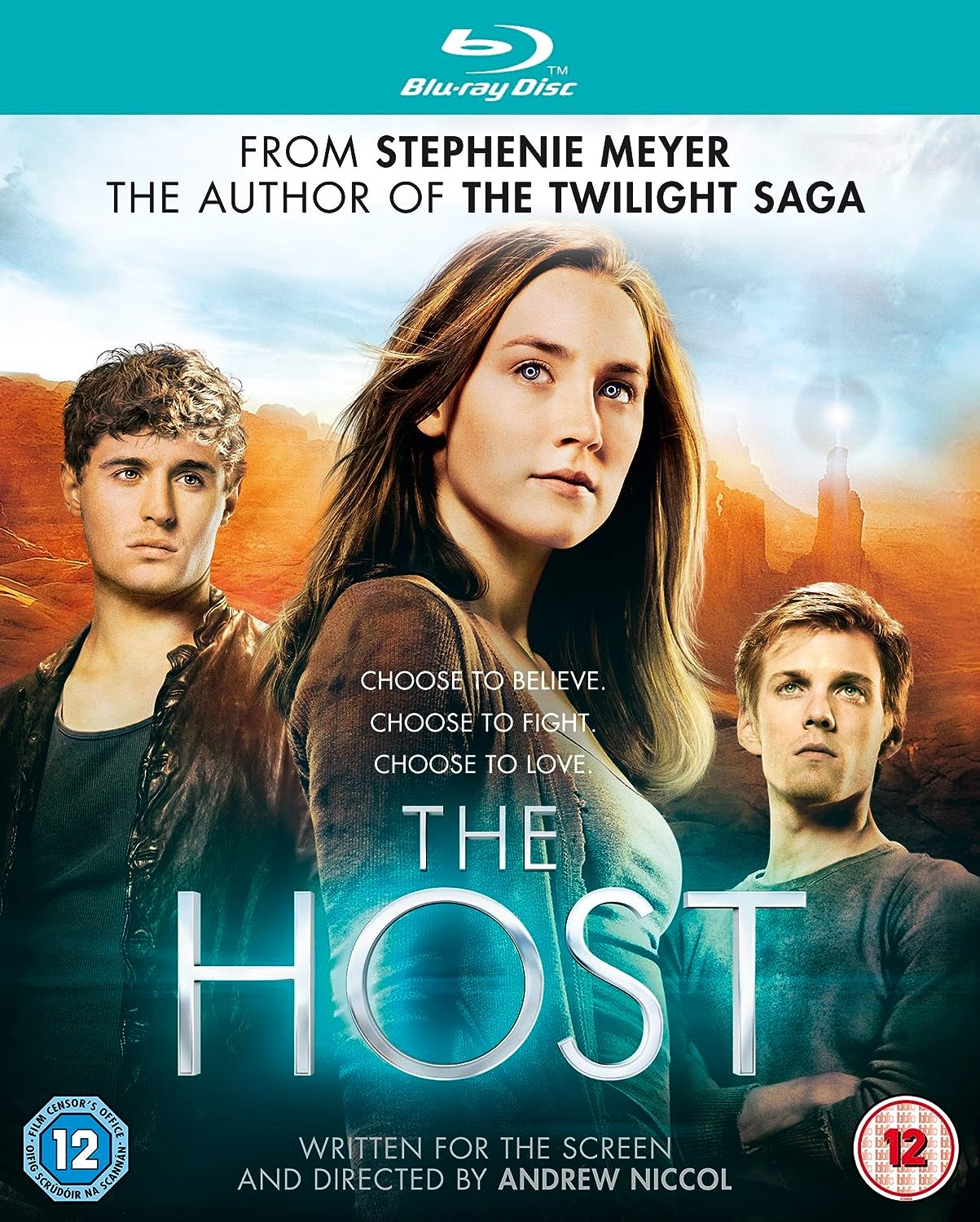 The human race has been taken over by small parasitic aliens called “Souls”. They travel to planets inserting themselves into a host body of that planet’s dominant species while suppressing the host’s consciousness. They access the host’s memories, and occupied hosts are identifiable by silver rings in the hosts’ eyes. A human on the run, Melanie Stryder, is captured and infused with a soul called “Wanderer.” Wanderer is asked by Seeker to access Melanie’s memories in order to discover the location of a pocket of unassimilated humans. Melanie’s consciousness, however, has not been completely eliminated, and it struggles to regain control of her body. Melanie and Wanderer carry out an internal conversation and debate with each other, forming a friendship.

Wanderer shares with Seeker that Melanie was traveling with her brother, Jamie, and her boyfriend, Jared Howe, to find Melanie’s uncle Jeb in the desert. Wanderer admits that Melanie is still present, so Seeker decides to be transferred into Melanie’s body to get the information herself. With the help of Melanie, Wanderer escapes and makes her way to the desert, where she is found by Jeb, who takes her to a series of caves hidden inside a mountain where the humans (including Jared and Jamie) are hiding.

Wanderer’s presence is met with hostility by all but Jeb and Jamie. Melanie instructs Wanderer not to tell anyone she is still alive, since it would provoke them, though she later allows her to tell Jamie. Wanderer begins interacting with the humans and slowly begins to gain their trust, forming a bond with Ian O’Shea. Seeker leads a search party into the desert to find Wanderer. They intercept one of the shelter’s supply teams, and in the ensuing chase, Aaron and Brandt commit suicide to avoid capture. During the chase, Seeker accidentally kills another Soul, leading her superiors to call off the search.

Returning to the caves, Jared and Kyle move to kill Wanderer, causing Jamie to reveal that Melanie’s consciousness is alive. Jeb and Ian accept this, but Jared refuses to believe it until he attempts to determine the truth by kissing Wanderer, provoking Melanie to take back control and slap him. Kyle tries to kill Wanderer but endangers his own life and ends up being saved by Wanderer. Ian believes that Kyle attacked Wanderer and tells her that he loves her. Wanderer admits that, while occupying Melanie’s body, she must love Jared, but she has feelings of her own, and the two kiss. Wanderer enters the community’s medical facility and discovers that Doc has been experimenting with ways to remove Souls and allow the host’s mind to regain control, resulting in the deaths of many Souls and Hosts from his failed experiments. After isolating herself for several days, Wanderer learns that Jamie is critically ill with an infection in his leg. She infiltrates a Soul medical facility to steal some of their alien medicine, saving Jamie’s life.

Seeker has continued looking for Wanderer on her own, but Jeb captures her and imprisons her in the caves. Wanderer offers to show Doc the proper method of removing Souls, on the condition that he remove her from Melanie’s body and let her die. Doc uses the technique to remove Seeker from her host, with both Host and Soul surviving. Wanderer takes the Seeker alien to a Soul space-travel site, where she sends it far enough from Earth that it can not return for numerous generations. Wanderer makes Doc promise to let her die when she is removed and not tell anyone. Their friends intervene with Doc, who then inserts Wanderer into Pet, a human who was .

This film caught me by surprise. It’s rare to see such a well-done SF film with good ideas where everything else also comes together – plot development, characters and action. It’s a sign of a good film to have many good characters, and this film does, but Saoirse Ronan stands out in what could be a difficult role to pull off without confusing (essentially playing 2 x characters in one). There are points where there is true humour when the characters in her head are at odds with each other.  an Excellent Film.