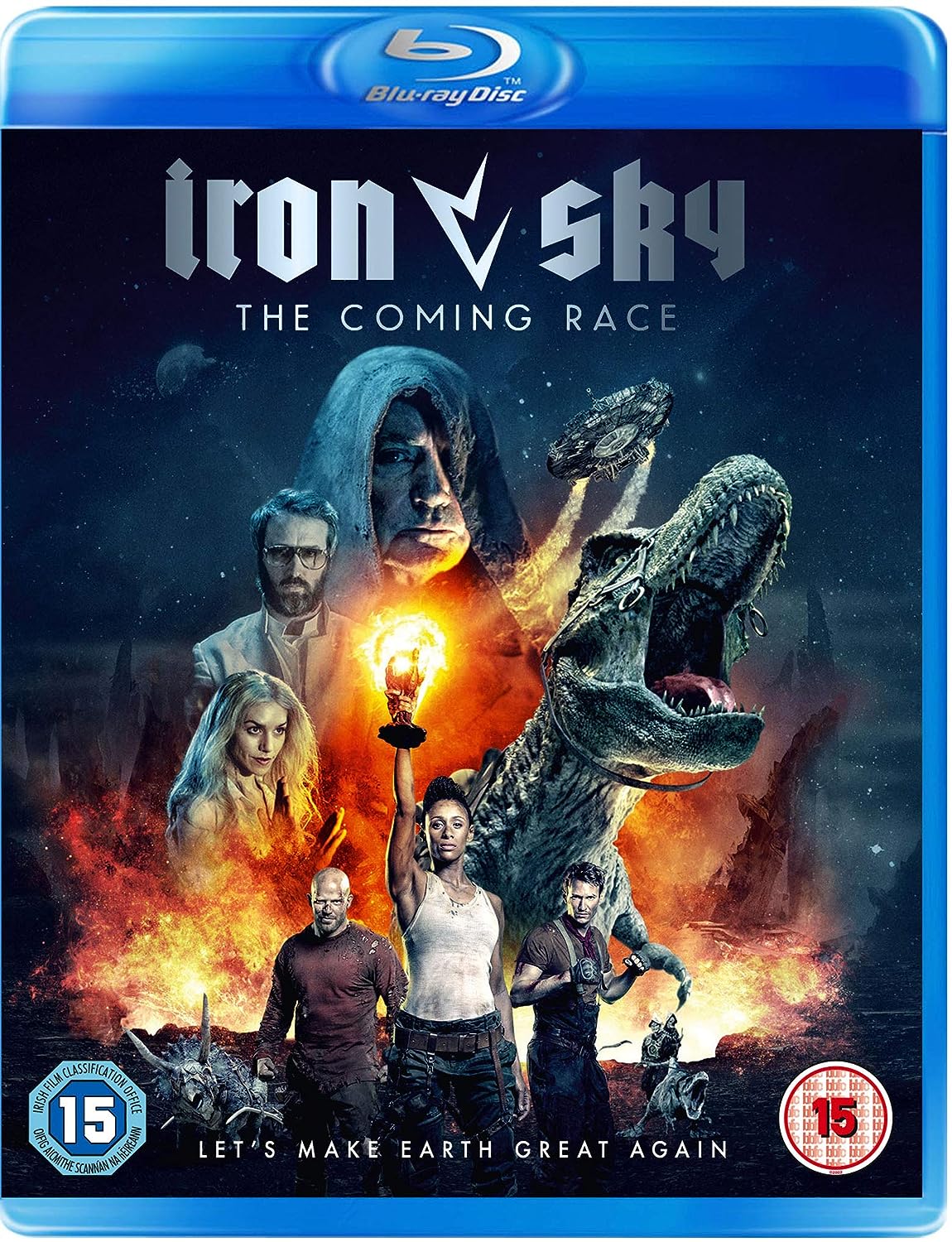 Over 20 years after the nuclear war that had been triggered by the invasion of the Moon Nazis, Earth has become an inhospitable place. The last survivors have rallied together on the former Nazi Moon base, with many refugees from Earth among them. Over the years a large human colony has formed, with its own fascist government and religions, including the Jobists, a cult that formed around the teachings of Steve Jobs and their leader (Tom Green). 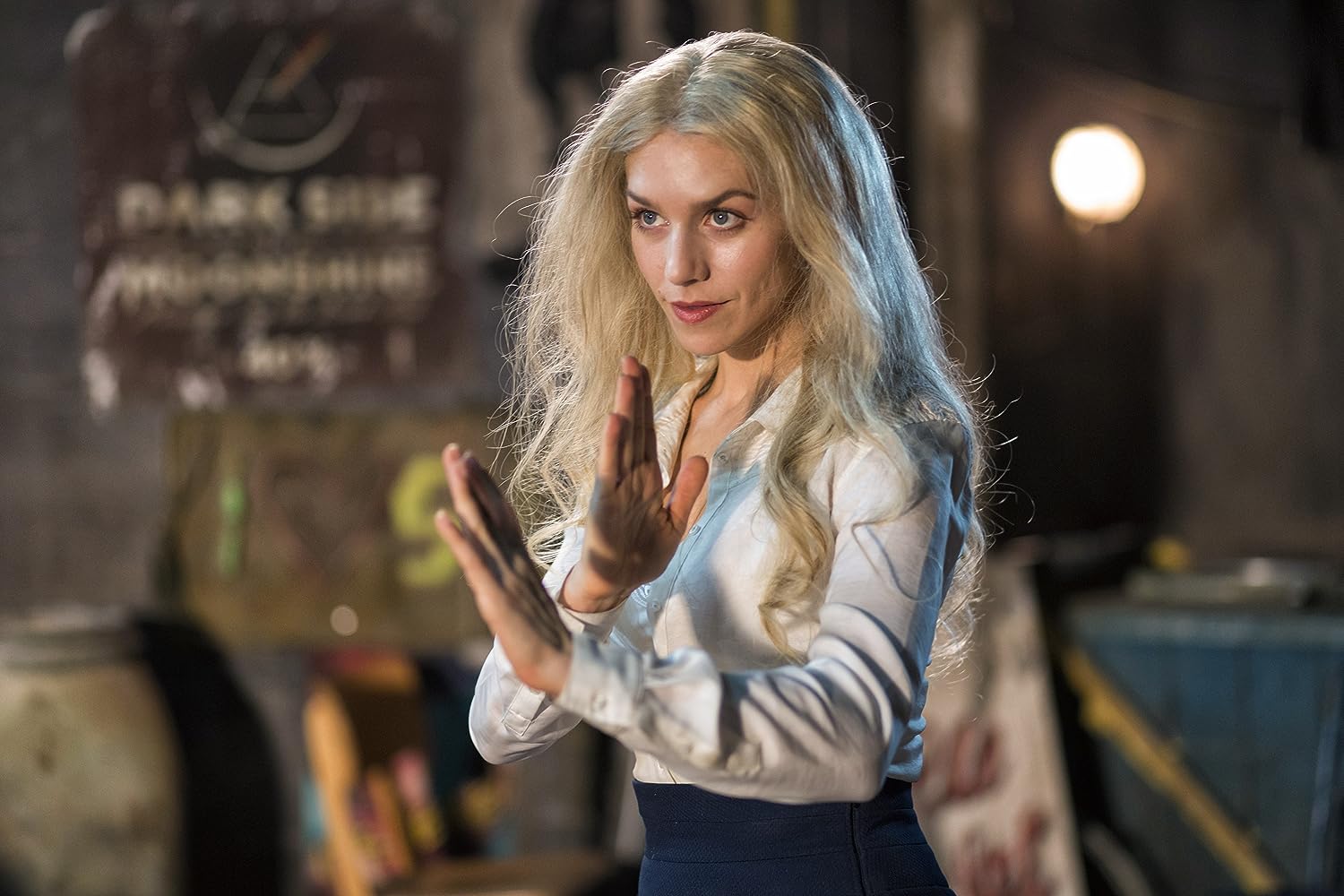 But the aging base is deteriorating and due to the damage the Moon received in the nuclear war, its time is running out. Obi Washington (Lara Rossi), the daughter of Renate Richter (Julia Dietze) and James Washington, finds out that there may be other survivors hidden in an underground city at the center of the Earth with the means to save the base and decides to travel to Earth to seek help.

But the survivors, she and a ragtag band of explorers find at the center of the Earth are not even human—they stumble upon a prehuman world of dinosaurs ruled by the Vril, a race of reptilians led by Adolf Hitler in his true reptilian form among other former human rulers, all of whom were Reptilians under their human skins all along.

Iron Sky-The Coming Race is silly movie, but what else can you expect of the story of Nazis in the moon. Acting is great and Udo Kier is great in double role of his. The Movie sounds beautifully and CGI looks great. It is great to see, that Finnish movie makers can make Hollywood quality spectacle. It surely is not the greatest movie you have ever seen, but very enjoyable crazy comedy science fiction flick. 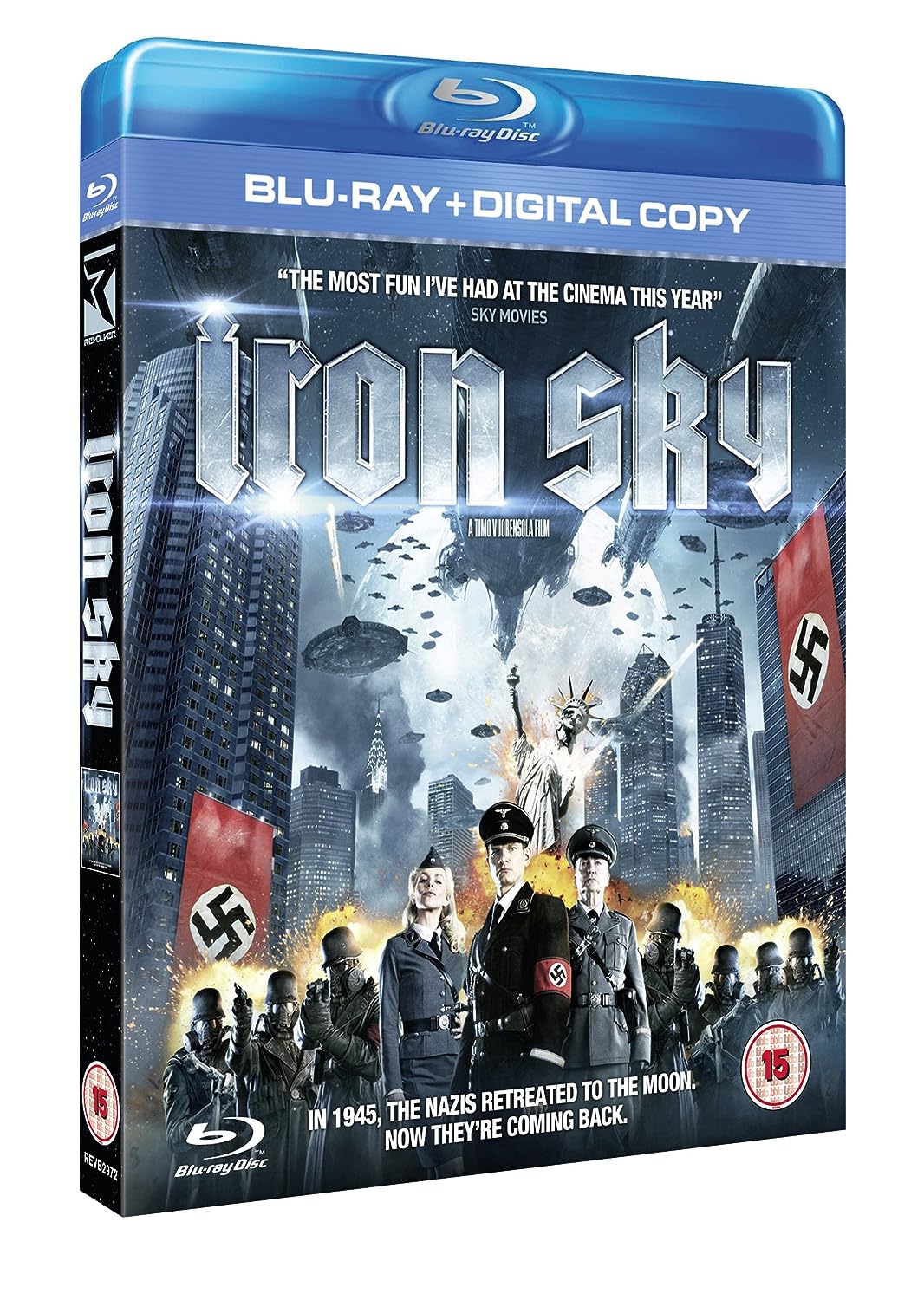 The film opens in 2018 with an American manned landing mission to the Moon. The lander carries two astronauts, one of them an African American male model, James Washington, specifically chosen to aid the U.S. President in her re-election (various “Black to the Moon” word-play posters are seen in the film, extolling the new Moon landing).Upon landing on the far side of the Moon, they encounter the descendants of Nazis who escaped to the Moon in 1945 (self-styled the “Fourth Reich” in dialogue). Washington is taken captive after the other astronaut is killed. Nazi scientist Doktor Richter examines Washington and obtains his smartphone, which he later recognizes as having more computing power than the 1940s style computers of the Fourth Reich, enabling its use as a control unit to complete their giant space battleship Gotterdammerung. When Richter strives to demonstrate his Wunderwaffe to the current Führer, Wolfgang Kortzfleisch, the phone’s battery is quickly exhausted. Nazi commander Klaus Adler, chosen for genetic reasons to mate with Earth specialist Renate Richter (Doktor Richter’s daughter), embarks in a flying saucer to collect more such computers on Earth. He takes with him Washington, who has been “Aryanized” by Doktor Richter using an “albinizing” drug. 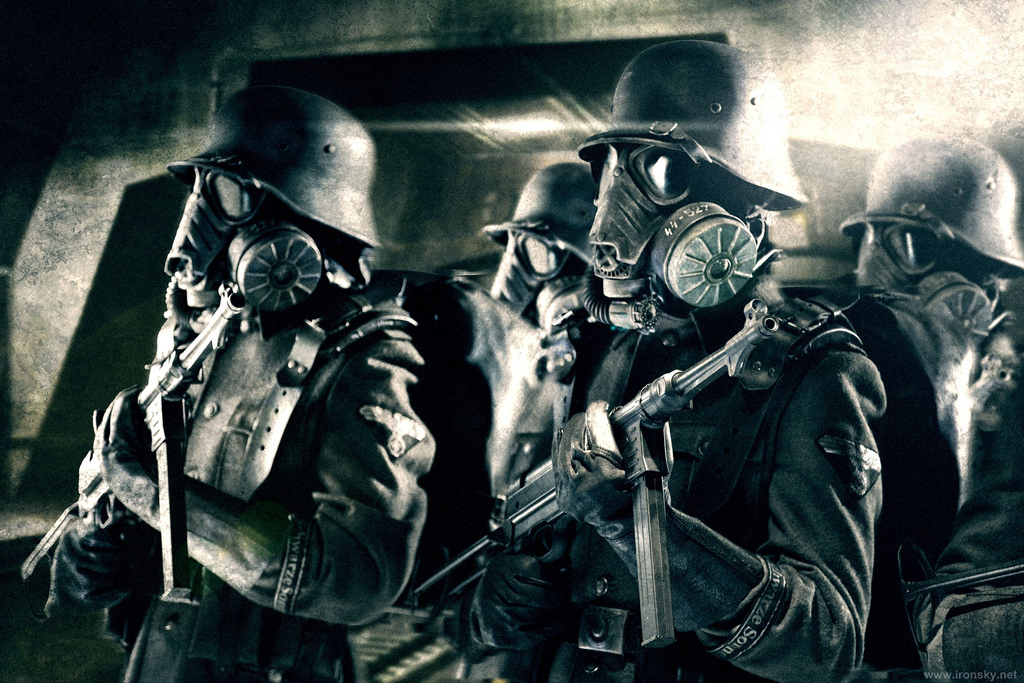 Upon landing in New York City, they discover that Renate has stowed away with them. They abandon Washington after he connects them with the President’s campaign adviser, Vivian Wagner. Whereafter Adler and Renate energize the President’s re-election campaign using Nazi-style rhetoric. At the time, Renate is unaware of Adler’s ambition to replace Kortzfleisch and rule the world. After three months, Kortzfleisch lands on Earth and confronts Adler, but is killed by Adler and Vivian. Adler declares himself the new Führer before returning to orbit in Kortzfleisch’s flying saucer, deserting Vivian but taking her tablet computer.

Concurrently, Renate is persuaded by the now-homeless Washington that Adler intends global genocide. Shortly afterwards, the Moon Nazis launch a mass attack on the Earth with a fleet of giant Zeppelin-like spacecraft called Siegfrieds which tow asteroids as missiles and launch countless flying saucers at New York City, where they destroy the Statue of Liberty and blitz the city. The U.S. Air Force engage the flying saucers with some success. The United Nations assembles to discuss the Moon Nazi threat. The President appoints Vivian as commander of the secretly militarised spacecraft USS George W. Bush, which carries nuclear and directed-energy weapons, only to discover that most of the other nations (except Finland) have also secretly armed their spacecraft. They dispatch them against the Nazi fleet and wipe out the Siegfrieds.

At the damaged Moon base, Renate reunites with Washington, who has reverted his pigmentation back to normal. They kiss before a confused group of Nazi survivors, whom Renate assures, “[they] have a lotta work cut out for [them]”. The final moments of the film show the Earth apparently during an international nuclear war. At the very end of the credits, the planet Mars is revealed with an artificial satellite in orbit. Most of the names in the movie have a symbolic and often ironic meaning. The plot refers to several motifs that originate in post-war Esoteric Nazism, such as the symbol of the Black Sun and Nazi UFOs.

Out of all the films released in 2012, Iron Sky is, without a doubt, one of the most fun films to be a part of the list.  I’ve never had a more hysterical and enjoyable ride with a movie since Super 8. The script is absolutely cheesy, the visual effects are astonishing, and the action is non-stop. There isn’t much to say about the film besides the fact that it’s a strange yet entertaining time at the movies and you’re sure to not forget it because, even though some people will hate it and others will like it, the story is just so random you can’t not remember it.