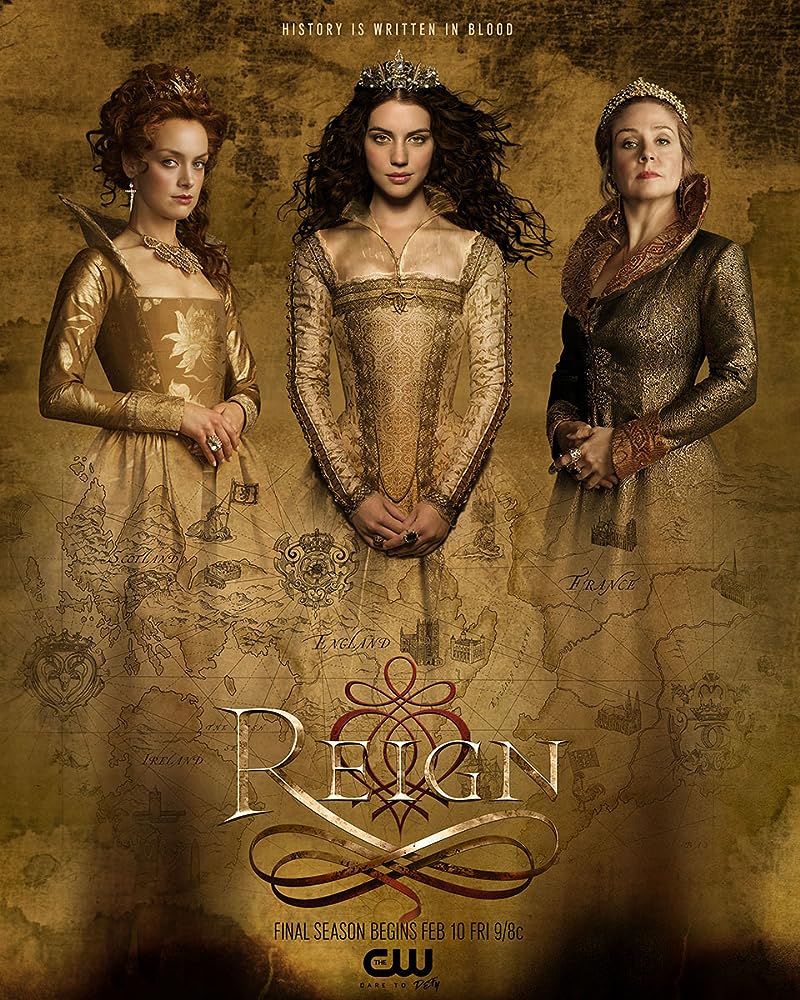 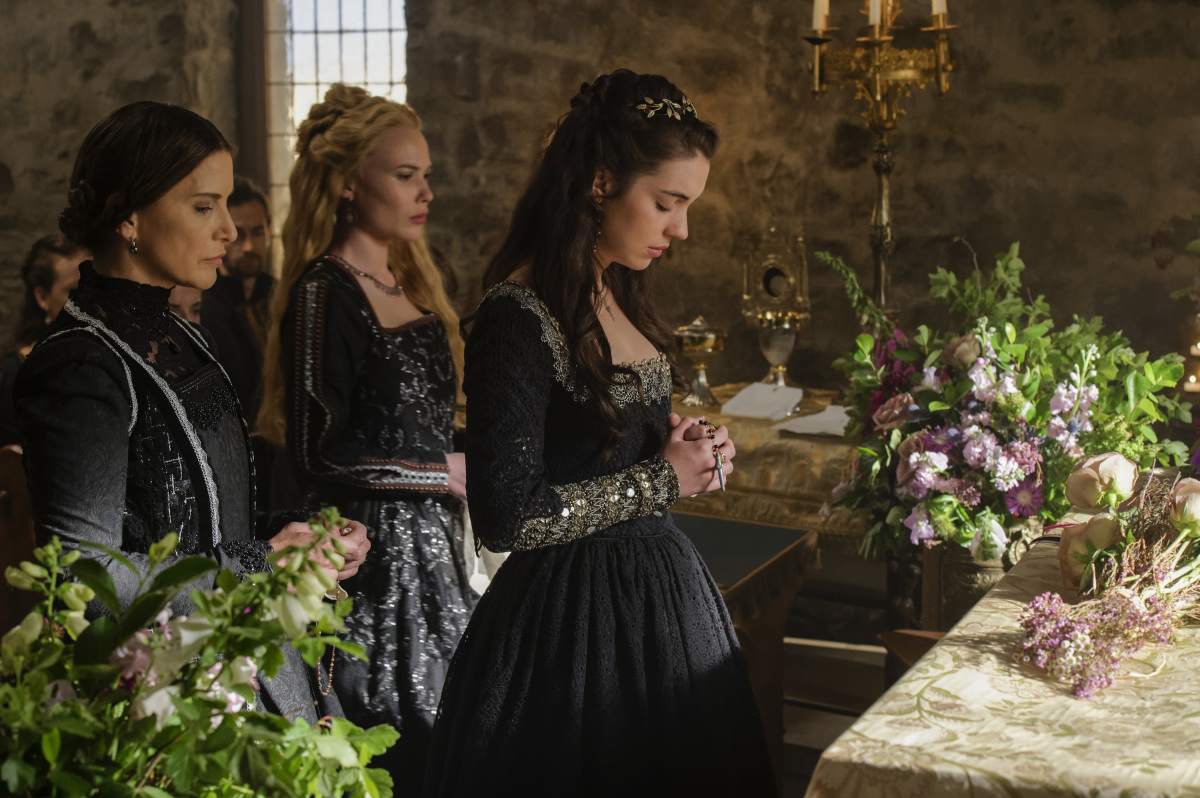 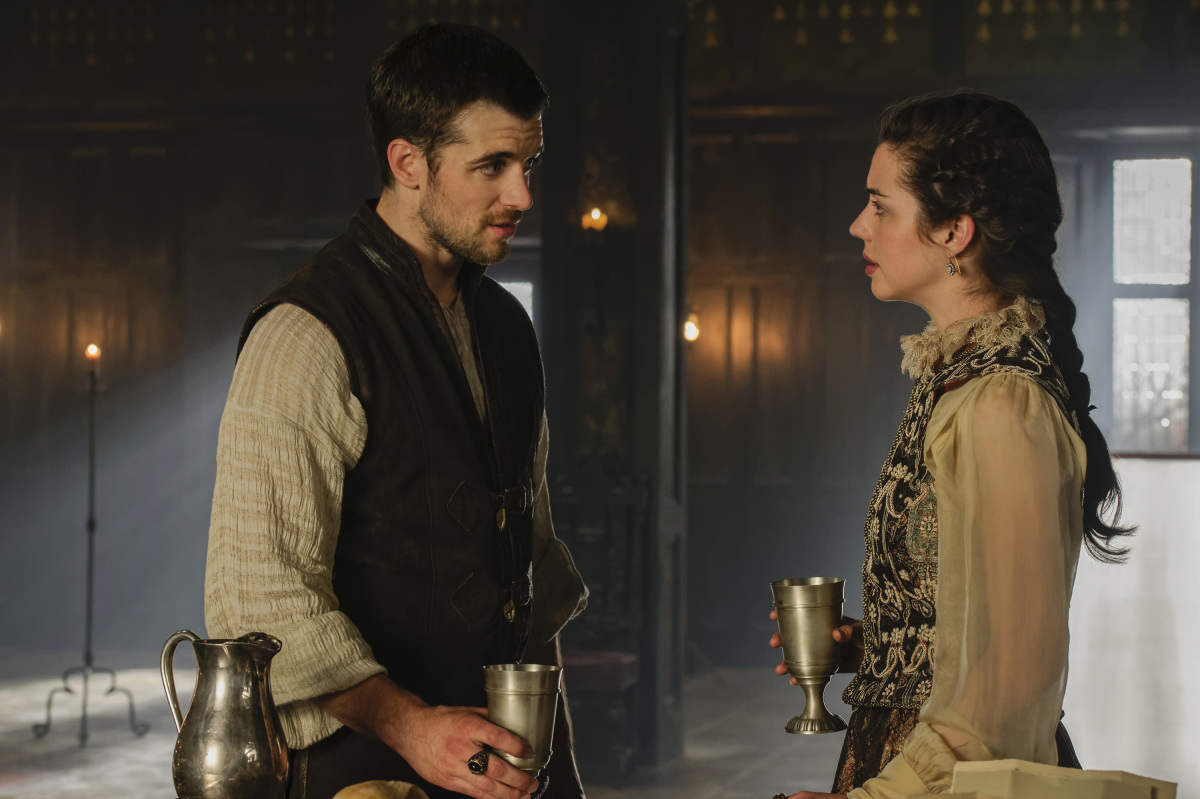 From CBS Television Studios and Whizbang Films/Take 5 Productions in association with Warner Bros. Television, comes Reign‘s fourth and final season – a season which brought the story of Queen Mary of Scots’ life to a close with an unforgettable finale which capped off a season that left us wanting more and managed to deliver its strongest season yet. 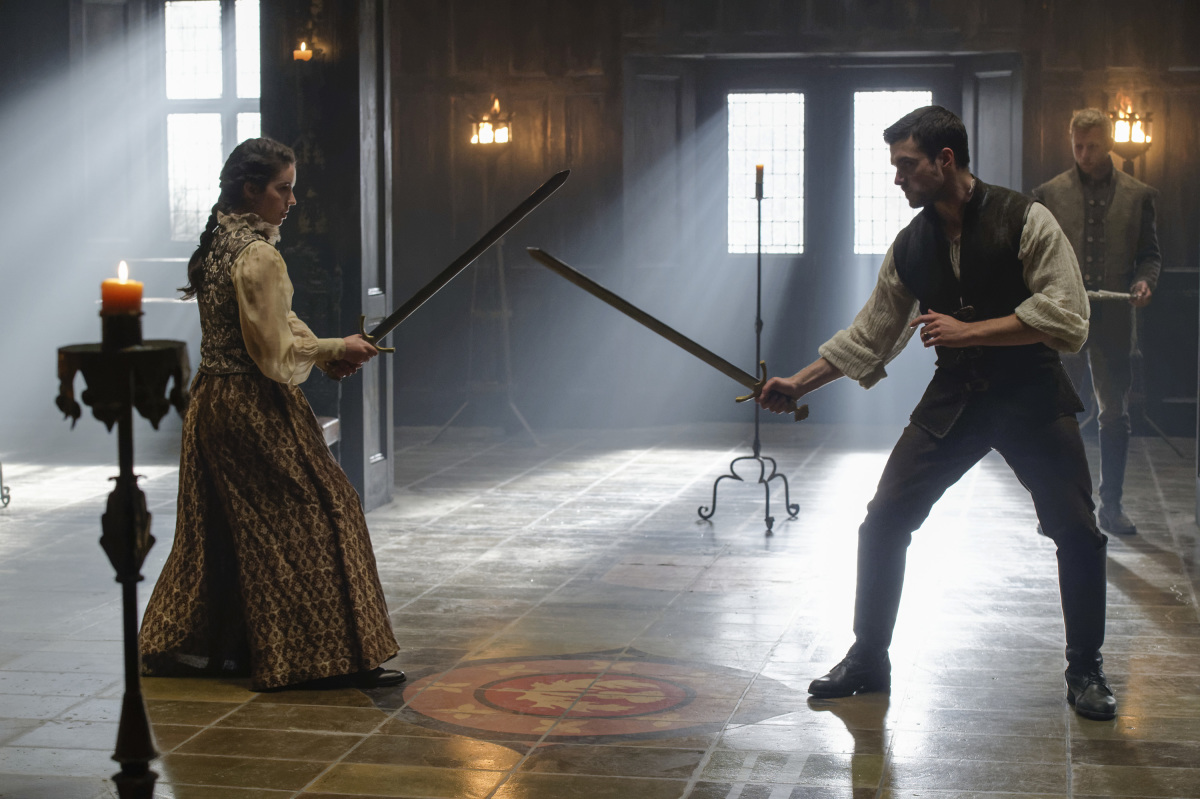 “It’s been an incredible four season run for Reign,” said Rosemary Markson, WBHE Senior Vice President, Television Marketing. “The fan base of The CW’s beloved costume drama is both passionate and loyal, and they’re going to love this final installment to complete their Reign collection.” 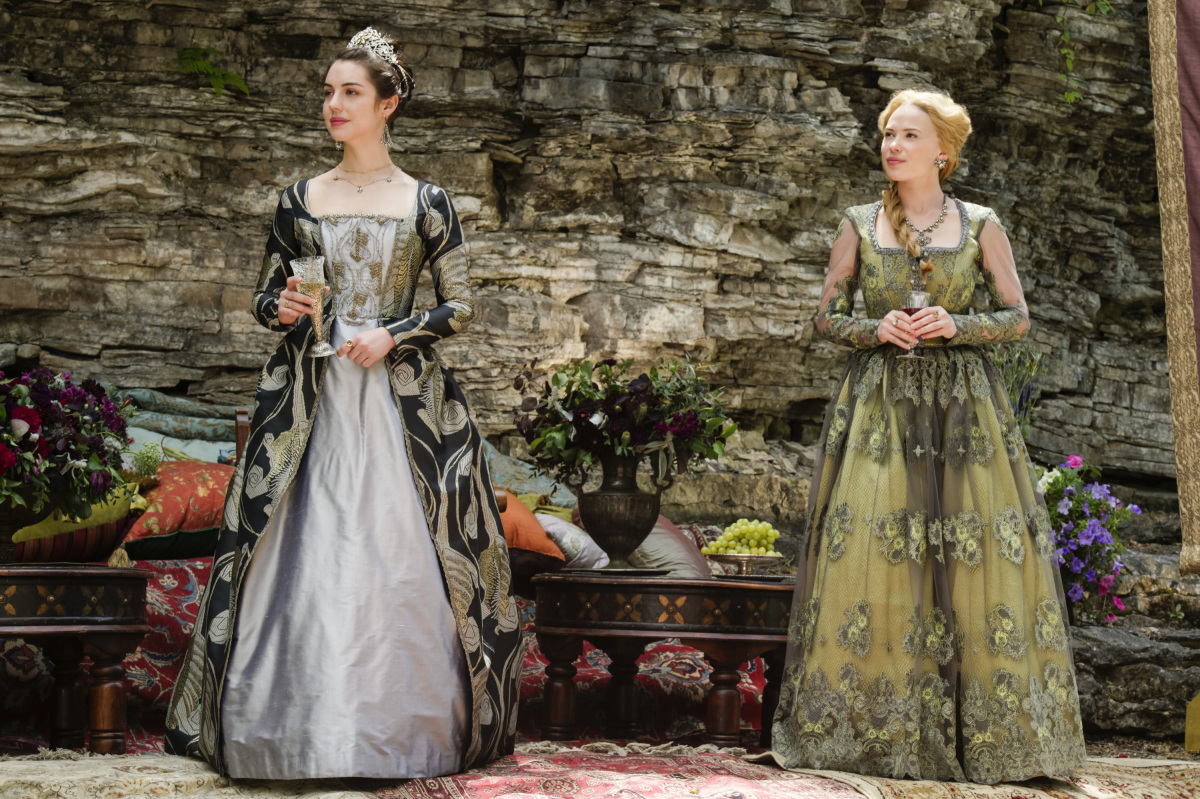 Season four of Reign finds Mary rising to the challenge, taking back her country and establishing her rule in Scotland, the land of her birth but a wild nation foreign to her, and now, once again, her home. Even as our canvas expands to welcome a new court in Scotland with new players, including Mary’s half-brother James, and the men who vie for her hand, the French Court grows as well,” Warner Bros. teases of the fourth and final season of Reign. “Catherine gave France many heirs – too many, as it turns out. We will meet more of her brood, who are amusingly and dangerously at each other’s throats. Our queens will make wise choices and knowingly brutal sacrifices; their fates, especially Mary’s and Elizabeth’s, are not only intertwined but increasingly inescapable. It is a season of impossibly high stakes, unexpected betrayals, sexual exploits, a royal wedding, a royal birth and a rising body count as three queens in three nations fight for their people, their loves, and their lives. 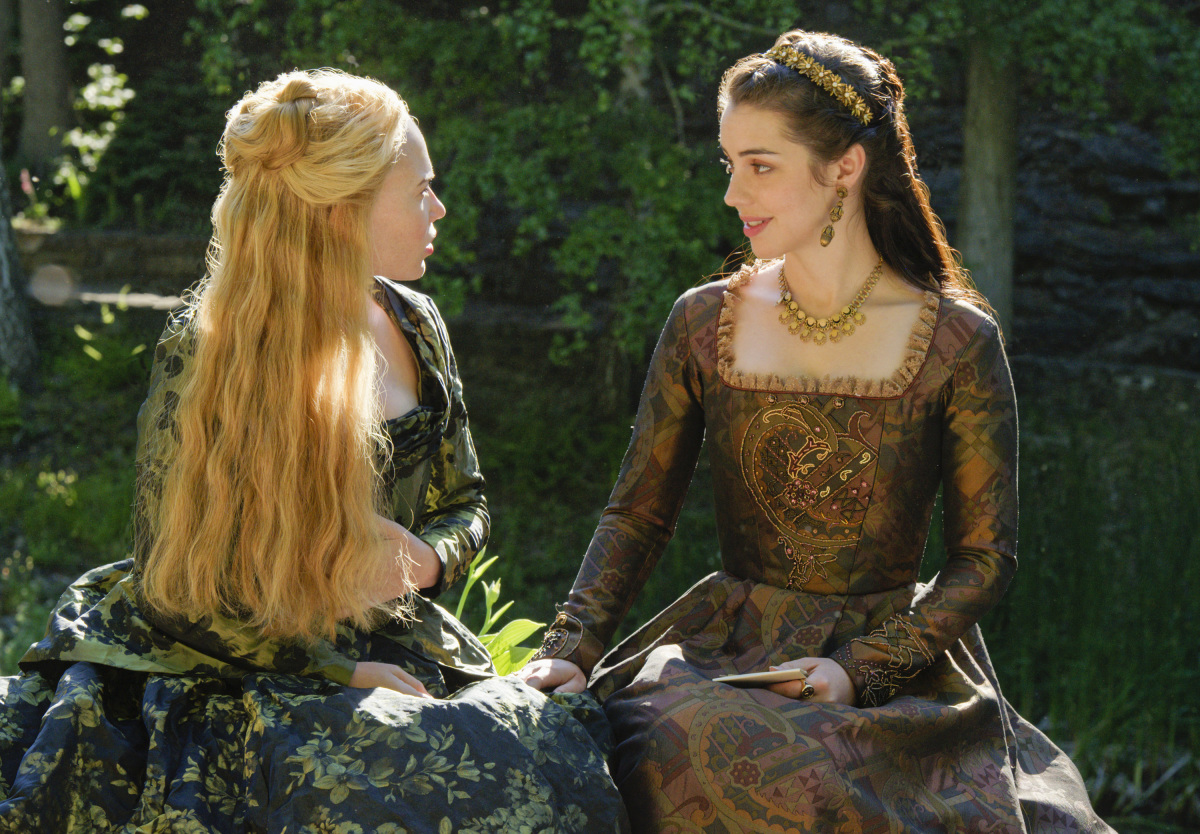 Luckily for Warner Bros. The episodes were among the strongest in years. In watching the show’s fourth season I suddenly found my love for the show being reignited and with each passing episode I couldn’t believe that Season 4 would be the show’s last as each episode left me on the edge of my seat and anxiously awaiting the next. 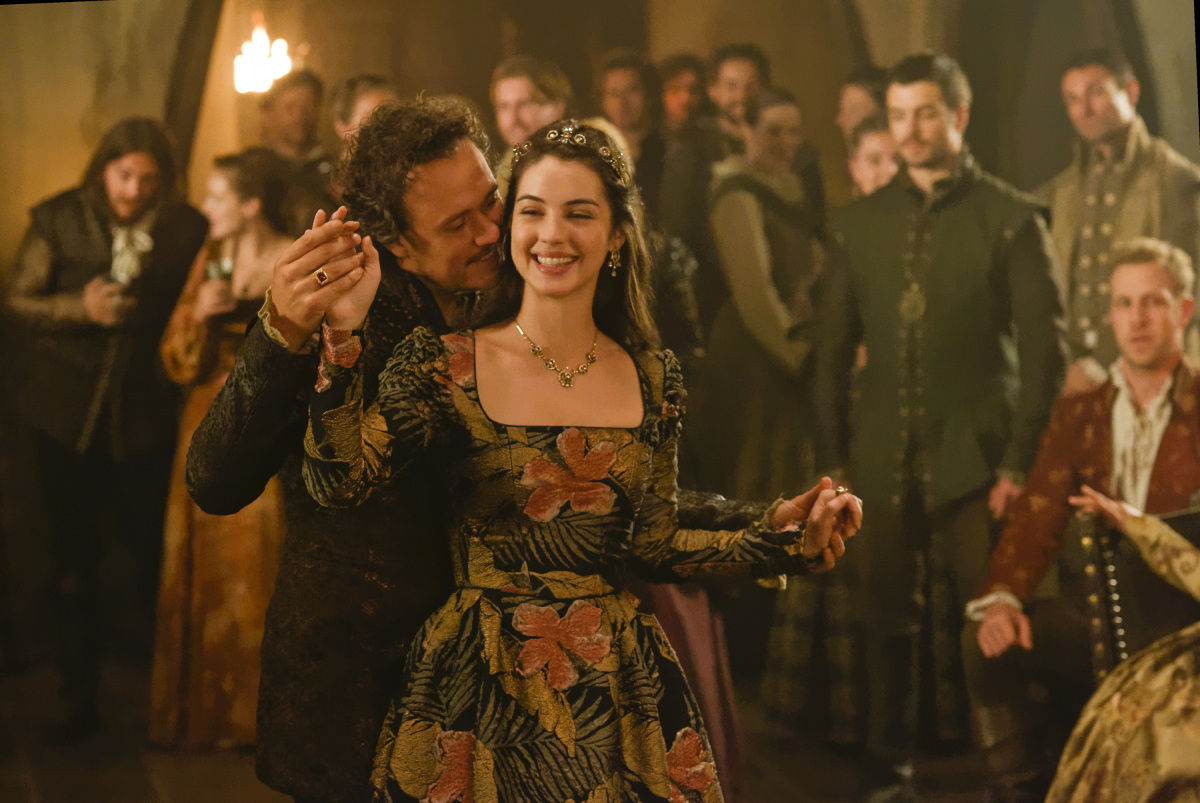 Season 4 helped to remind me why I first fell in love with the show and made saying goodbye even more difficult as a result. 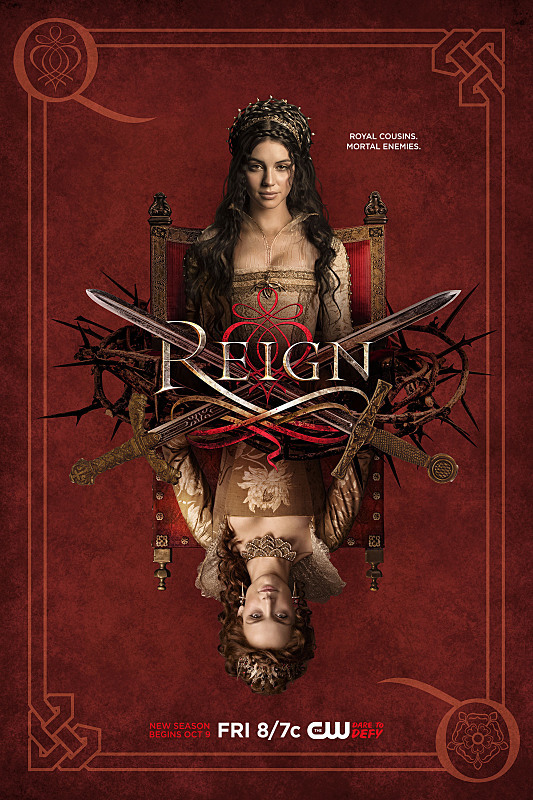 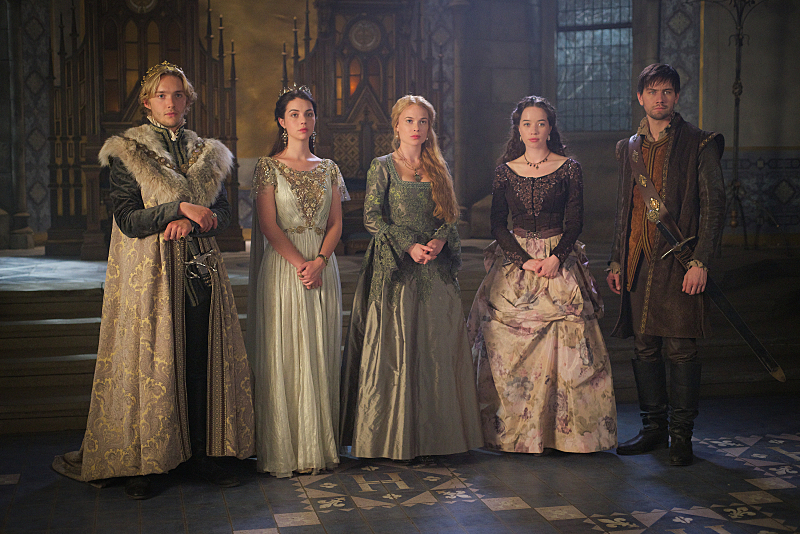 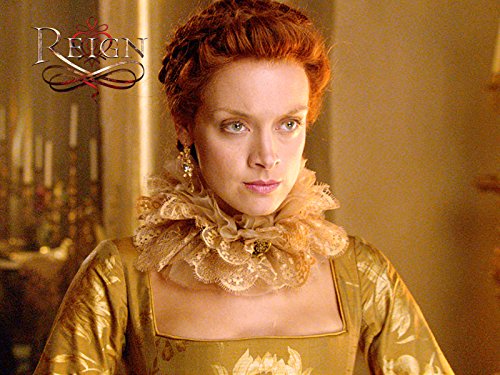 Mary (Adelaide Kane) has found herself reborn now that she and Francis (Toby Regbo) have decided to leave the past behind them and move forward again as one loving and happy team. Of course, this doesn’t mean that all problems have been solved, as Catherine (Megan Follows) is currently aiding the English queen Elizabeth (Rachel Skarsten) to conquer Scotland, thus taking away Mary’s power. This new alliance doesn’t really last that long, seeing Catherine ends up in the dungeons at French court rather quickly when she resurfaces on French soil. 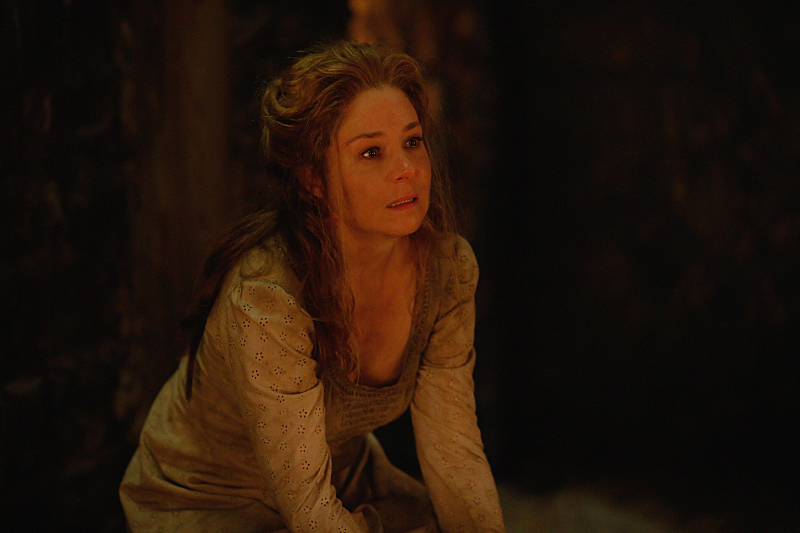 Even though everything seems to be heading towards the right direction for the beloved royal couple, Francis is still ill, and it seems he has an incurable disease, thus his time left on this Earth is quite limited. Not wanting to give up, Mary looks for remedies or healers who might be able to help her beloved husband. Meanwhile Catherine is still trying to influence people from the depths of the dungeons. Nonetheless, Narcisse (Craig Parker) decides to finally make his move on Lola (Anna Popplewell) now that Catherine is out of the picture. Even though Narcisse had a thing for Lola in the past, he went for ‘pleasuring’ Catherine, in order to profit from her power, as he was stripped of his by Francis due to his dubious practices. 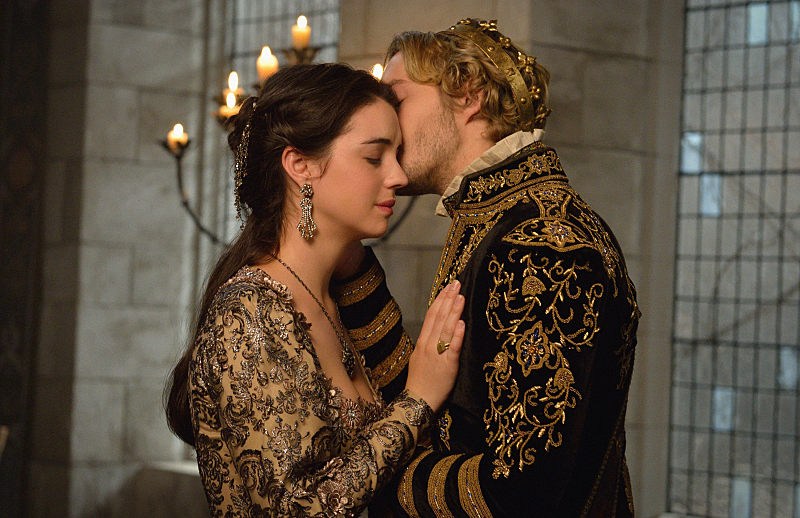 All of this goes accompanied by the hunt for a murderer who has killed countless people, forcing Bash (Torrance Coombs) to request the aid of Delphine (Alexandra Ordolis) who has strange powers. Finding Delphine might prove difficult, as she is currently being hunted because people think she’s a witch and a murderer. 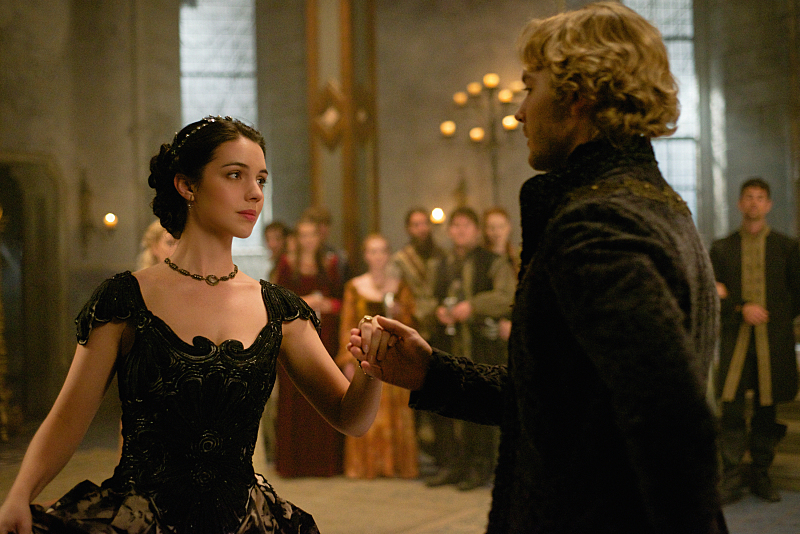 The flow of this season is rather fast and chaotic, as there were four episodes less to wrap up the season, compared to the first two seasons of the show. Nonetheless, this quicker flow is quite likeable, as there is more suspense, a lot more events going on, which boosts the series, which was not bad for the most part, but sometimes a bit too slow and dull. Even though it’s clear that this season revolves around Mary and the problems in Scotland, the ‘side stories’ are all tied together with the main plot, and they prove to be extremely exciting. Overall these eighteen episodes feel more brutal, more adult and simply a lot more interesting. One thing proves to be an issue though, as this season suffers from the same problem that pestered The Vampire Diaries at a certain time, where sex seemed to be a lot more important than story value. 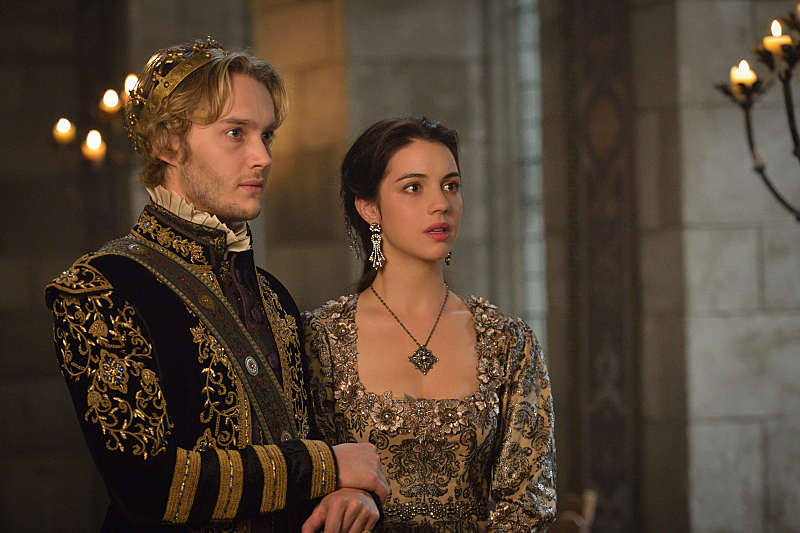 Acting performances remain constant in comparison with the previous seasons, as there haven’t been any significant changes cast wise. Only Rachel Skarsten is getting a lot more screen time this season, and she plays out her role as queen Elizabeth quite admirably. She does a great job in portraying a whimsical, ruthless and determined character. Craig Parker, who plays Narcisse, also becomes a lot more relevant again, as he is gaining more and more power again, perhaps even more than he originally had. Of course, the rest of the cast still provides very entertaining performances. 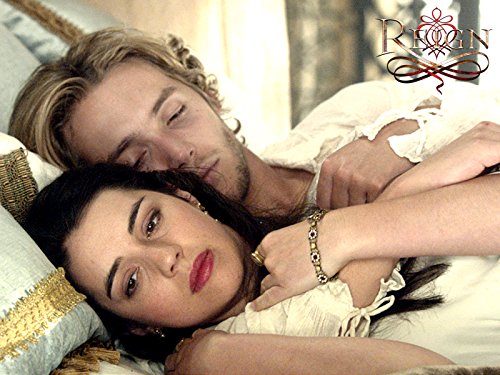 Reign: Season 3 takes a pinch of what made Season 2 slightly better than the first one, and shows that series can become better over time, rather than lose its momentum. You’ll be treated to a lot of interesting relations, many bloody battles, murderers, the occult and of course, a beautiful lead actress who knows what she is doing. The only setback of this last release is the fact that is comes with no extra features. Nonetheless, if you loved the previous seasons, this one will not disappoint.