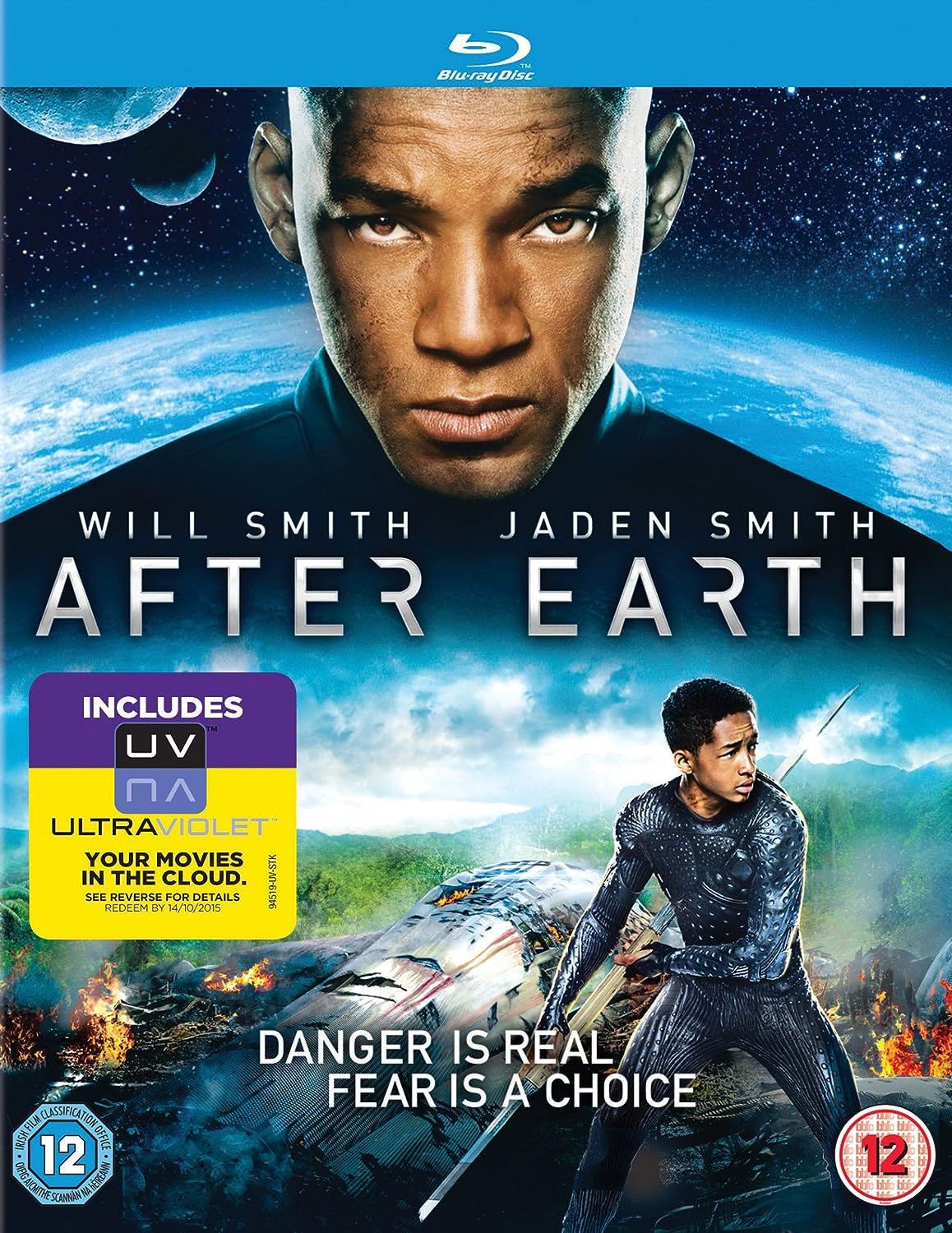 In the 21st century, an environmental cataclysm forces the human race to abandon Earth and to settle on a new world, Nova Prime. One thousand years later, the Ranger Corps, a peacekeeping organization commanded by General Cypher Raige (Will Smith), comes into conflict with the S’krell, alien creatures who intend to conquer Nova Prime. Their secret weapons are the Ursas, large predatory creatures that hunt by “sensing” fear. The Rangers struggle against the Ursas until Cypher learns how to completely suppress his fear, a technique called “ghosting”. After teaching this technique to the other Rangers, he leads the Ranger Corps to victory. Meanwhile, Cypher’s son Kitai Raige (Jaden Smith) blames himself for the death of his sister Senshi (Zoë Kravitz) at the hands of an Ursa. Kitai trains to become a Ranger like Cypher, but his application is rejected due to his recklessness, and Cypher views him as a disappointment. Kitai’s mother Faia (Sophie Okonedo) convinces Cypher to take Kitai on his last voyage before retirement.

During their flight, however, an asteroid shower forces their spaceship to crash-land on the now-quarantined Earth, near erstwhile Central America. Both of Cypher’s legs are broken, and the main emergency rescue beacon damaged. Cypher instructs Kitai to locate the tail section of the ship, which broke off on entry to the atmosphere. Inside is the backup beacon which they can use to signal Nova Prime. Cypher gives Kitai his weapon, a wrist communicator, and six capsules of a fluid that enhances the oxygen intake so he can breathe in Earth’s low-oxygen atmosphere. Cypher warns him to avoid the highly evolved fauna and flora, and to beware of violent thermal shifts. Kitai leaves to find the tail section, with Cypher guiding him through the communicator.

Giant baboons attack Kitai, and during his escape a poisonous leech bites him. Kitai administers the antidote, but two of his capsules become damaged and his nervous system shuts down. When Kitai awakens, he narrowly escapes a thermal shift. Kitai lies to Cypher, not informing him of the damaged capsules. That night, Kitai listens to Cypher tell him a story of when he was attacked by an Ursa, how Cypher realized that fear is merely an illusion created by the mind’s thoughts of the future, and thus Cypher first began to “ghost” himself from the Ursas, choosing to live rather than to let his enemies – both fear and the Ursas – decide his fate.

The following day Kitai reaches a mountaintop, and Cypher learns about the broken capsules. Knowing that the only way to complete the journey with only two capsules would be to skydive, Cypher orders Kitai to abort the mission. Believing his father still sees him as a disappointment, Kitai blames Senshi’s death on Cypher’s absence on the day of the attack. He skydives from the mountaintop, but a large eagle captures him and his communicator is damaged. Kitai wakes in the eagle’s nest, surrounded by its chicks. Tigers attack the chicks, and Kitai defends—but fails to save—the chicks. The eagle attacks the tigers, and Kitai escapes. He reaches a river, and builds a raft to continue along it. Tired, Kitai falls asleep on the raft. He dreams of his sister, Senshi, who reassures him that Cypher’s bitterness is just his own anger for not saving her. Senshi urges Kitai to wake up. When he does, another thermal shift catches him by surprise and he nearly freezes to death. Kitai is rescued by the eagle, who sacrifices itself for him.

Kitai reaches the tail section and retrieves the emergency beacon along with another communicator, weapon, and more oxygen capsules. The communicator only allows Cypher to see and hear Kitai, but not for Kitai to hear him. Kitai learns that the ship’s Ursa escaped and killed the remnants of the crew. The emergency beacon does not activate, and Cypher realizes that the atmosphere is blocking the signal. Kitai heads to a nearby volcano from which he can launch the beacon, and is injured when the Ursa attacks him. Kitai is able to control his fear and “ghost” himself from the Ursa enough to kill it. He then launches the beacon. A rescue team arrives, and the film ends with the two traveling back to Nova Prime, both agreeing that they would rather work with Faia.

I believe the whole bad feedback about this movie comes from the fact that it was directed by Shyamalan and that Smith senior was not the main star. If you get past the fact that Shyamalan’s previous offerings were simply horrible and alleviate the pressure of performing as a blockbuster, you’ll find that this was actually a decent movie. 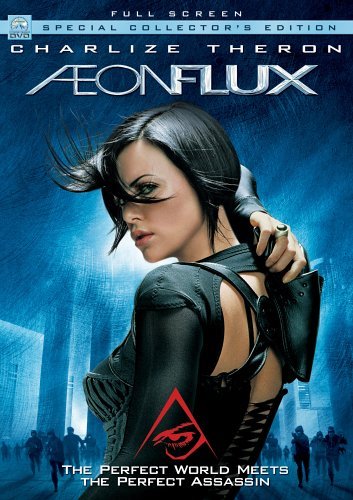 In 2011, a deadly pathogenic virus has killed 99% of the Earth’s population, forcing the survivors to regroup and scatter across the Earth. 404 years later, in late 2415, all of the survivors inhabit Bregna, a walled futuristic city-state, which is ruled by a congress of scientists. Although Bregna is largely an idyllic place in the destroyed Earth, people routinely disappear and the population suffers from bad dreams. A skilled warrior, named Æon Flux, is a member of the Monicans, an underground rebel organization who communicate through telepathy-enabling technology and are led by the Handler. After a mission to destroy a surveillance station, Æon comes home to find her sister Una has been mistaken for a Monican and killed. When Æon is sent on a mission to kill the government’s leader, Trevor Goodchild, she discovers that both she and the Monicans are being manipulated by council members in a secret coup.

Æon questions the origins of everyone in Bregna, and in particular, her personal connection to Trevor. Everyone in Bregna is revealed to be a clone, grown from recycled DNA. With the dead constantly being reborn as new individuals and bearing partial memories of their previous lives, their troubling dreams have increased. Cloning was required because the antidote to the virus made humans infertile. Trevor’s ongoing experiments were attempts to reverse the infertility. His ancestors had also worked on this problem. Æon learns that she is a clone of the original Trevor’s wife Katherine, and is the first “Katherine” clone in over 400 years.

One of Trevor’s experiments, Una, was successful: she had become pregnant. However, in order to stay in power, Trevor’s brother, Oren Goodchild, had her killed along with the other members of the experimental group. He ordered all of Trevor’s research to be destroyed. In a confrontation with Trevor and Æon, Oren reveals that nature has corrected the infertility problem and that some women are becoming pregnant. Oren has had them all killed to maintain the Goodchild reign. Æon then goes against both her former allies, who want to kill Trevor, and Oren. She convinces the other Monicans to ignore the Handler and to help her kill Oren and his men. Æon goes to destroy the Relical, the dirigible that stores the DNA for cloning. There she meets the old man who monitors everything. She discovers that he preserved Katherine’s DNA for years, although Oren had ordered it to be destroyed so “Katherine” could not influence Trevor in any way. The dirigible crashes into the city wall, breaking it down to reveal the surrounding land for the first time in centuries. It is lush and fertile, not a wasteland as they were taught.

The plot is surprisingly stronger than what I expected. It isn’t anything original; everything has all been done before, it ticks all the boxes for what you would expect from a sci-fi movie, but this doesn’t make it bad at all. Along the way there are some genuinely surprising twists in the storyline that keep you interested, and the settings are all fantastic so you really do feel linked to the world they are living in.