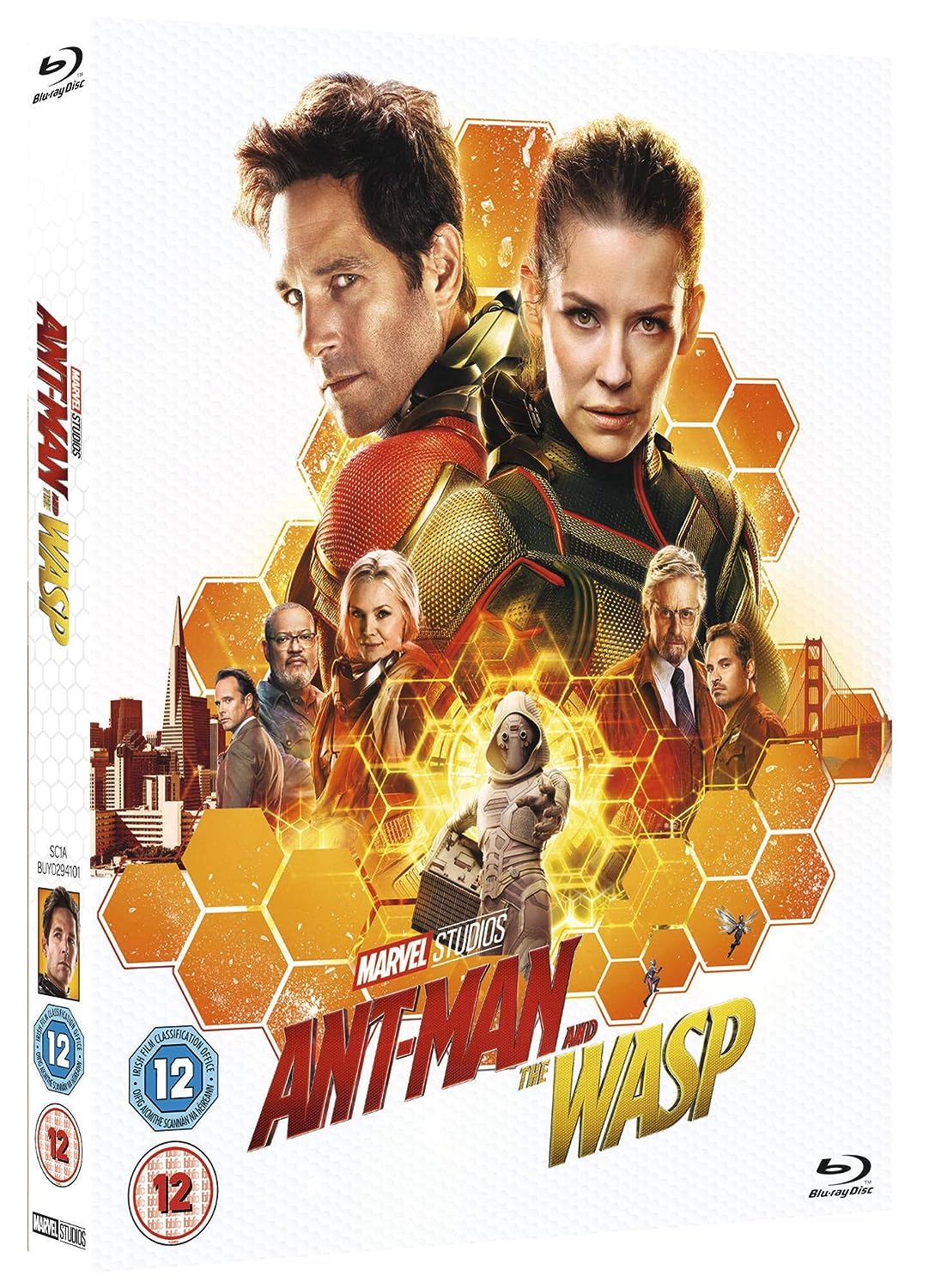 Two years after Scott Lang was placed on house arrest due to his involvement with the Avengers in violation of the Sokovia Accords,[N 1] Hank Pym and his daughter Hope van Dyne briefly manage to open a tunnel to the quantum realm. They believe Pym’s wife Janet van Dyne might be trapped there after shrinking to sub-atomic levels in 1987. When he had previously visited the quantum realm, Lang had unknowingly become quantumly entangled with Janet, and now he receives an apparent message from her.With only days left of house arrest, Lang contacts Pym about Janet despite the strained relationship they have due to Lang’s actions with the Avengers. Hope and Pym kidnap Lang, leaving a decoy so as not to arouse suspicion from FBI agent Jimmy Woo. Believing the message from Janet to be confirmation that she is alive, the trio work to build a stable tunnel so they can take a vehicle to the quantum realm and retrieve her. They arrange to buy a part needed for the tunnel from black market dealer Sonny Burch, who has realized the potential profit that can be earned from Pym’s research and double-crosses them. Donning the Wasp outfit, Hope fights off Burch and his men until she is attacked by a quantumly unstable masked woman. Lang tries to help fight off this “ghost”, but the woman escapes with Pym’s lab, which has been shrunk down to the size of a suitcase.Pym reluctantly visits his estranged former partner Bill Foster with Hope and Lang. Foster helps them locate the lab, where the ghost captures the trio and reveals herself to be Ava Starr. Her father Elihas, another of Pym’s former partners, died along with his wife during the experiment that caused Ava’s unstable state. Foster reveals that he has been helping Ava, whom they plan to cure using Janet’s quantum energy. Believing that this will kill Janet, Pym refuses to help them and escapes with Hope, Lang, and the lab.Opening a stable version of the tunnel, Pym, Hope, and Lang are able to contact Janet, who gives them a precise location to find her but warns that they only have two hours before the unstable nature of the realm separates them for a century. Burch learns the trio’s location from Lang’s business partners Luis, Dave, and Kurt, and informs a contact at the FBI. Luis warns Lang, who rushes home before Woo can see him violating his house arrest. Pym and Hope are arrested by the FBI, allowing Ava to take the lab.Lang is soon able to help Pym and Hope escape custody, and they find the lab. Lang and Hope distract Ava while Pym enters the quantum realm to retrieve Janet, but Burch and his men also attack Lang and Hope which allows Ava to begin taking Janet’s energy. Luis, Dave, and Kurt help incapacitate Burch and his men so that Lang and Hope can stop Ava. Pym and Janet arrive safely from the quantum realm, and Janet voluntarily gifts some of her energy to Ava to temporarily stabilize her.Lang returns home once again, in time for a now suspicious Woo to release him at the end of his house arrest. Ava and Foster go into hiding. In a mid-credits scene, Pym, Lang, Hope, and Janet plan to harvest quantum energy to continue helping Ava. While Lang is in the quantum realm doing this, the other three disintegrate.After the events of Infinity War, knowing that I would be watching a movie that took place before the events made me skeptical about whether or not I would enjoy this movie. Ant-Man and the Wasp is a film that as a standalone would be amazing. The synergy between the actors and actresses was perfect.   It’s just a charming movie. Funny. Heartwarming. Action Packed. The perfect film to make you forget that half of everyone in the Universe disappeared.