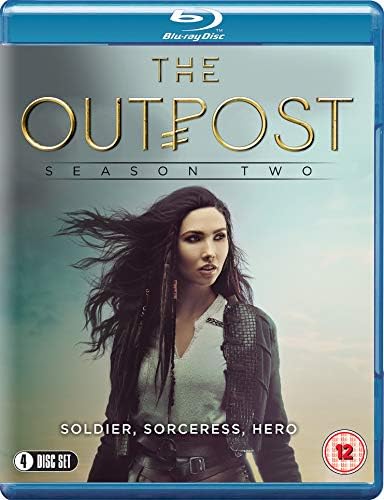 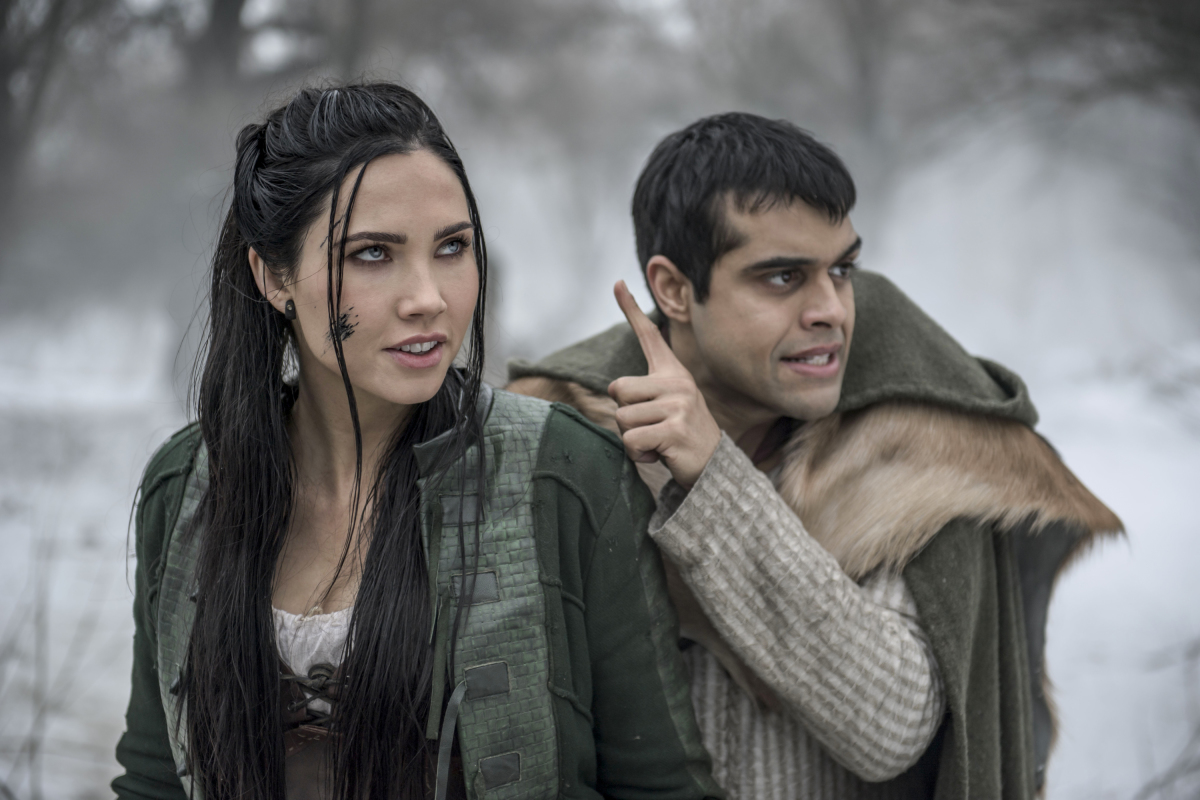 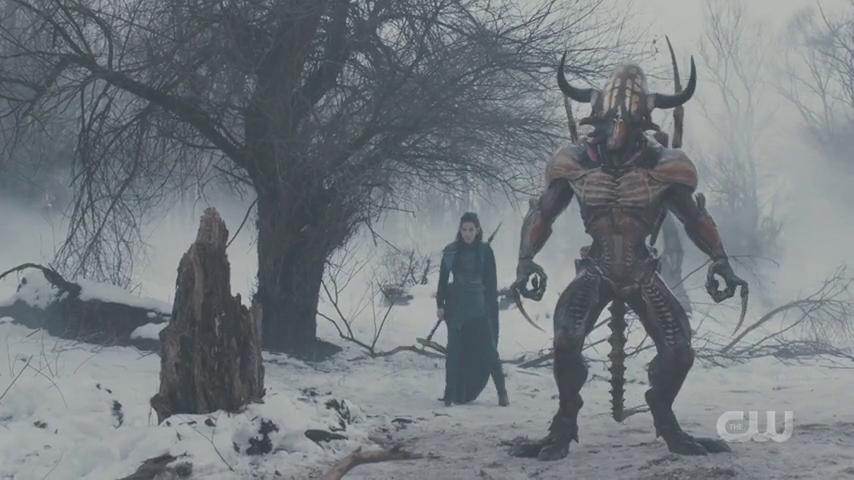 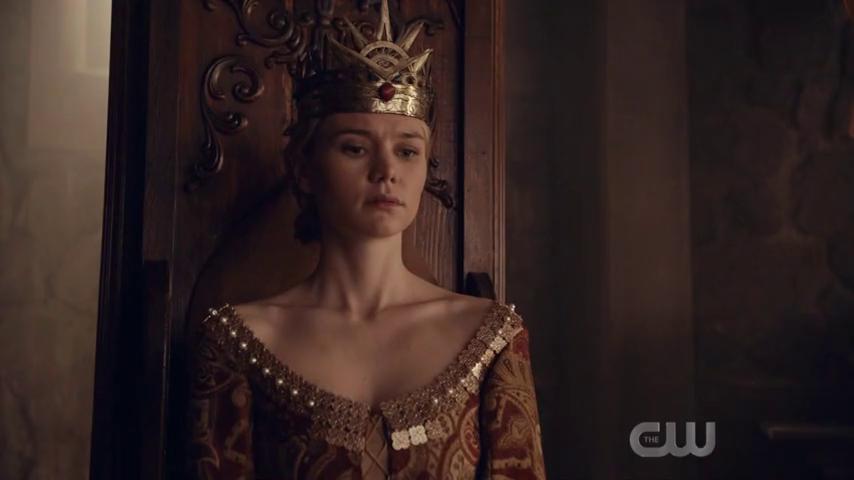 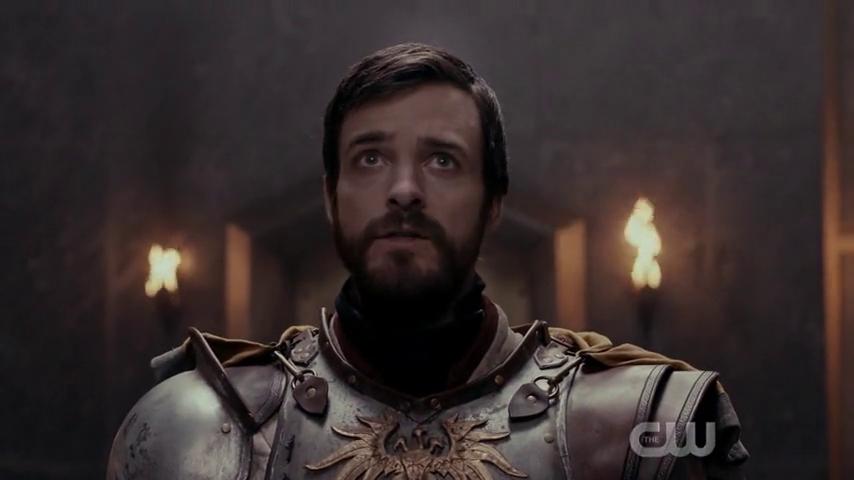 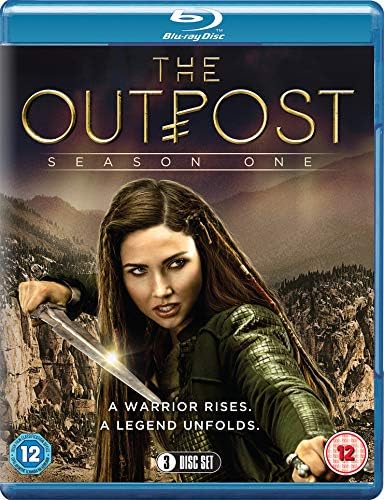 To be honest no one can truely judge a TV show just after one episode but after so many do. The Outpost is a Low Budget High-Fantasy project from movie makers in Utah. The sets are well chosen even if they had to use very often green screen, something that can look cheap if you give it a closer look. Still I see the love for details in the set and appreciate that. Either you find nothing that seems out of place, everything in the set fits in. 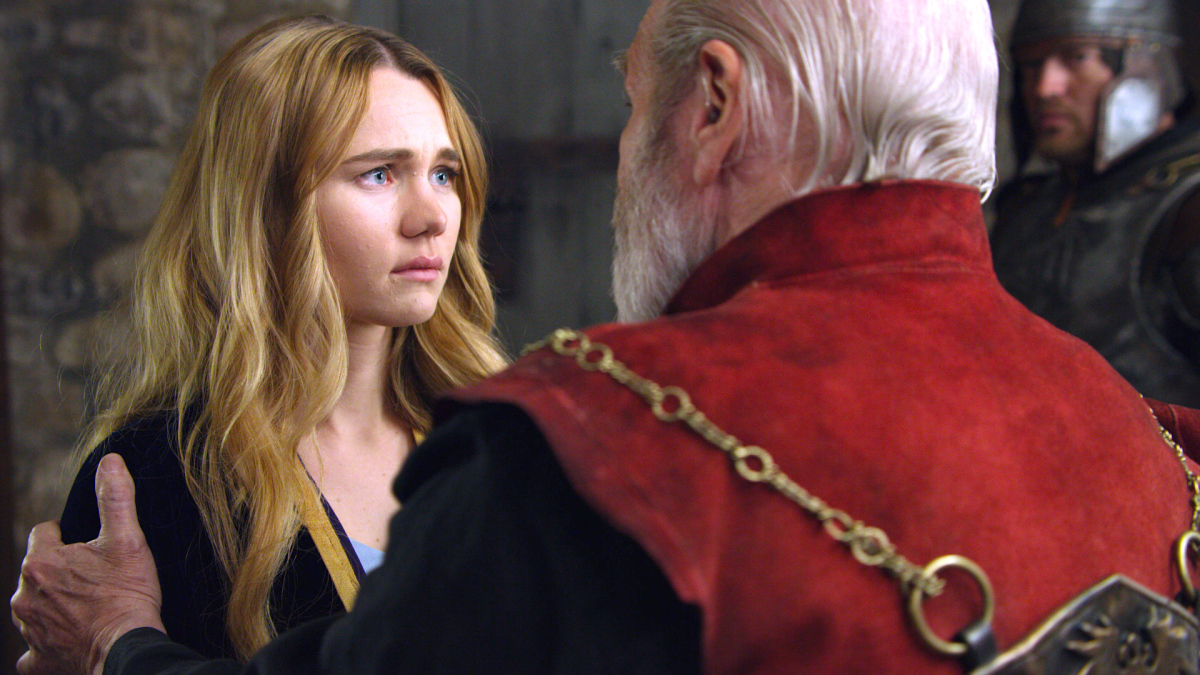 I think 90 % of the reviews on imdb  expected another Game of Thrones, and that isn’t the case here, and it wasn’t supposed to be that way. If a show is something new it is hard to tell right at the pilot. I liked the actors yet, the acting was decent and the story introduction a little rushed to get it into the first episode without getting too slow and not bore the audience. A little too much action but I understand why they did so. The effects aren’t high-end but decent as well. It gives the show a slight retro fantasy series look. The story yet has a few minor logic and plot holes but nothing to worry about. Some logic holes you have to deal with at fantasy stories and plot holes happen to the best writer. 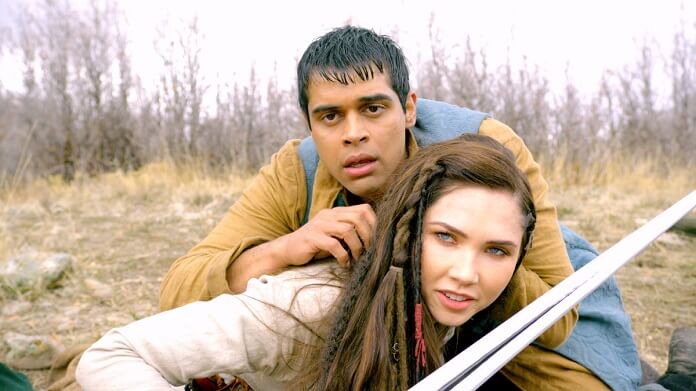 One of the best parts in the opening episode was the grand Music in the background, something that never gets enough attention. The most costumes look new and clean but I see no issue in that, people have still to see that it’s a low budget production. The Armors are very detailed and well made, I saw worse ones in movies with a higher budget, and there too is a love for details. The show has humor, and even if there are very clean and yet plane characters, that doesn’t mean that they are not supposed to get deeper. 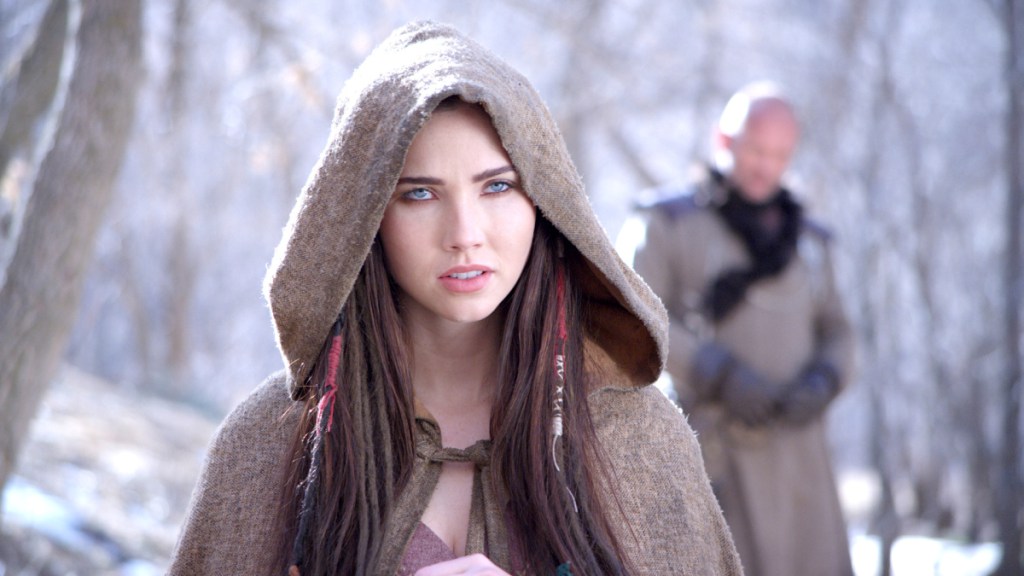 I think many who wrote reviews on imdb are too spoiled by expensive CGI and Special Effects and don’t see that even bigger and more popular shows are full with problems they here whine about. As the show continues through it’s 10 episode run, it gets better and better and becomes must see show. 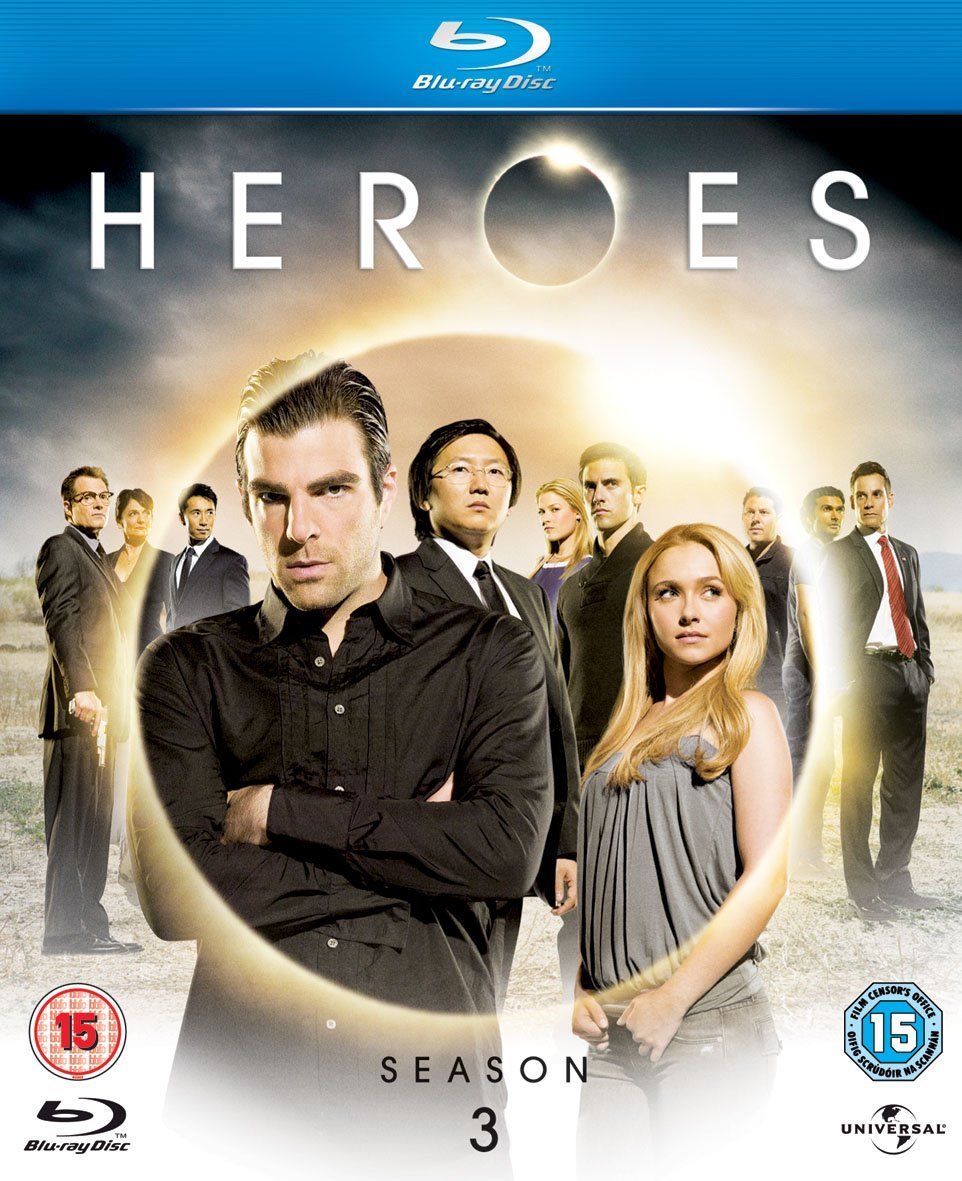 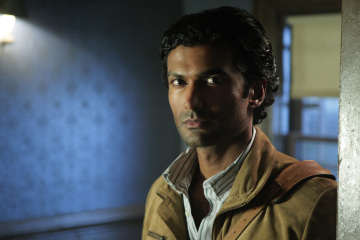 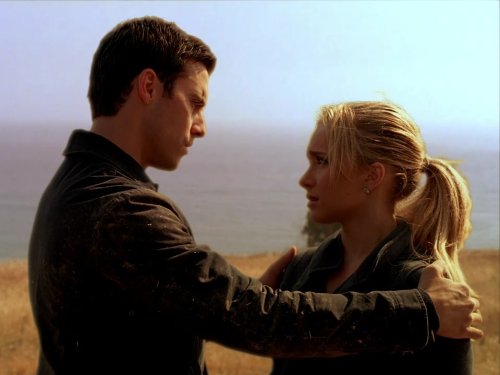 I love the concept of a weekly show about people dealing with superpowers and an evil government agency coming to get them. I also really like that it doesn’t shy away from the violence, especially when it comes to the ruthless power collecting ultimate bad guy (who at times shows his good side) Sylar. What I don’t like is how scattered and uneven this show has become. I dare anyone to try and make sense out of the first half of the season titled “Villains”. The only crime committed was a lack of concern for a coherent plot. Luckily the second half of the season “Fugitives” got the show focused in and back on track. More after the jump… 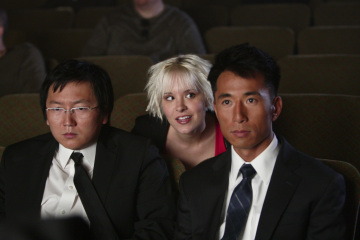 The first half of the season “Villains” was advertised with big campaigns claiming that this season “Heroes will battle Villains.” I was super stoked because the way my mind pictured the structure of the show was switching the narrative focus over to the villains and showing the events through their perspective making all the good guys side characters. I realize this sounds a bit ambitious, but coming off of a lackluster sophomore season I thought the creators were pulling out all the stops. This is not what happened. Instead what came out of the first half was a jumbled, messy plot that had moments of brilliance mixed in with a heavy dose of confusion. I still was thoroughly entertained, but I’m an easy sell when it comes to anything comic book oriented. 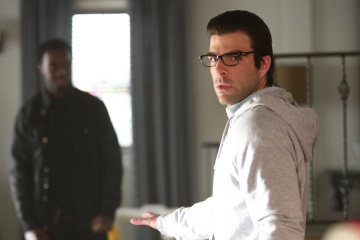 The plot of “Villains” centers around the revelation that Arthur Petrelli is in fact alive and planning some dastardly things at Pinhearst, in his search for the catalyst (the nebulous source that gave all these characters powers). If Arthur can get his hands on the formula then he can create a whole slew of super humans to do his bidding. This is a pretty cool plot, especially when a ton of super baddies are released from Level 5 during a crisis leading to HRG and Sylar teaming up to round them up. Sylar has a lot of moral issues this season as he grapples with his true nature, is he a monster or was he programmed by the Company to be this way? 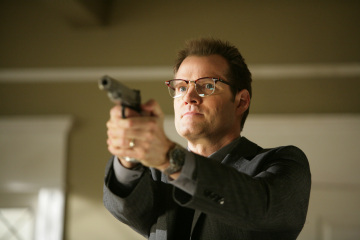 There are some really fun things he gets to do this season, especially the buddy cop-esque episode where he and HRG are trying to stop a bank robbery being held up by super villains. The plot gets confusing when time travel keeps being thrown in and the actual source of the catalyst was jumbled for me. Is it Claire or Hiro’s mother or both or just a formula? I have no idea. There’s also a two-part episode where another eclipse happens and they all lose their powers. I understand why in the dramatic arc of the story this was put in, but it’s not fun to watch superheroes without powers and these two episodes dragged a bit. I liked the initial idea and towards the end the showdown with Arthur and the Petrelli boys is great, but this half loses steam here and there with just too many ideas on the table. 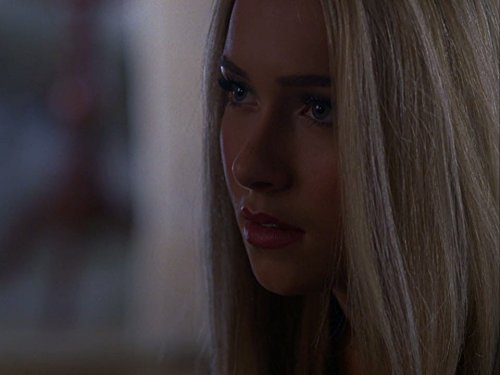 Now comes the second half of the season “Fugitives,” which I thought was awesome! Nathan outs himself to the President as being a person with abilities and is then put in charge of rounding up all people like him in the interest of Homeland Security. Nathan’s motives are a bit sketchy, has he turned to the Dark Side or is this all a way to help Claire, or is it a way to work the system from the inside and eventually destroy it? I’m not telling, but there are a decent number of twists throughout. The reason this half of the season works so much better is because there is a clear through-line and the story is way more focused. Basically it’s the U.S. government versus everyone with abilities, as villains team with heroes and the lines of good and bad are blurred to fight a bigger enemy that threatens all their existence. It’s also a classic comic book plot that works well for a reason, because it seems realistic that this is how our government would react if living Weapons of Mass Destruction started popping up all over the country. 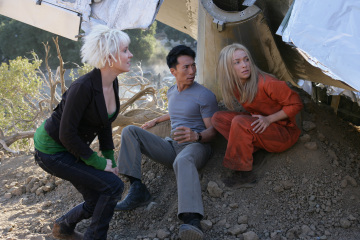 “Fugitives” has a clear bad guy in the ruthless Agent Danko, who will stop at nothing to detain and sometimes simply destroy anyone with abilities. HRG and Angela start playing both sides and their characters have some great moments. Sylar takes a trip down memory lane to try and find out who his real parents are and some interesting new developments come up leading him down a darker path then before. And Sylar acquires his best power yet, when he kills a shape-shifter, could he be any more unstoppable? While Nathan grapples with the morals of the decisions he’s made and how to fix this manhunt he’s started. Not to mention a great deal is revealed when the gang of heroes goes to Coyote Sands to find out about a mysterious project called “Icarus” which turns out to be a concentration camp for people with abilities where some pretty bad stuff went down. Lots of action, suspense, twists, and a more focused plot makes “Fugitives” a bad ass return to form for a series that has had some ups and downs, but is still dear to my nerdcore heart. 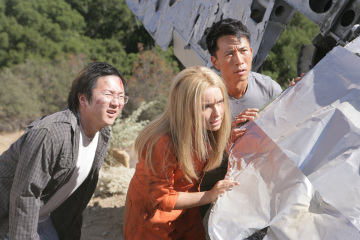 The first half of season three meandered a bit, but was still fun to watch. The second half reminded me why I started watching the show in the first place and gives a great deal of hope for season four, especially with the cliffhanger we were left with at the end of “Fugitives.” Let’s just say it won’t be politics as usual this coming season…