Berke Landers (Ben Foster) and his girlfriend Allison (Melissa Sagemiller) were the quintessential high-school couple who grew up together and eventually fell in love, but she breaks up with him immediately after the film begins. This leads to an opening musical number of “Love Will Keep Us Together” by Vitamin C, imagined by Berke. He seeks advice from his embarrassing parents Frank (Ed Begley Jr.) and Beverly Landers (Swoosie Kurtz), who are hosts of a relationship advice show called Love Matters, but they don’t help with the situation and constantly focus on his sex life and sexuality throughout the film. Allison then starts a relationship with Striker (Shane West), a ‘foreign’ student who was once the lead singer of a boy band called “The Swingtown Lads”. When Allison and Striker audition for the school’s upcoming musical, Berke desperately tries to win Allison back by also auditioning for the play, despite having no theatrical talent and having a busy schedule as a member of the basketball team. Meanwhile, Berke’s friends Felix (Colin Hanks) and Dennis (Sisqó) try to find a new girlfriend for him.

With the help of Felix’s younger sister, Kelly (Kirsten Dunst), a talented songwriter and singer, Berke wins a minor role in the play, a modern musical version of Shakespeare’s comedy A Midsummer Night’s Dream called A Midsummer Night’s Rockin’ Eve, written and directed by the school’s domineering drama teacher, Dr. Desmond Oates (Martin Short). Striker plays Demetrius, Allison plays Hermia, Kelly plays Helena, and Lysander is to be played by the school’s star actor, Peter Wong (Christopher Jacot). But after Peter is injured in a freak accident, Striker nominates Berke to take over the role of Lysander, and, still intent on winning Allison back, Berke accepts. He gradually improves with continuing assistance from Kelly, but remains unaware of the growing attraction between the two of them. While searching through props backstage, Kelly accidentally shoots Berke in the arm with an arrow gun, thinking it’s a prop. Meanwhile, Oates blames Kelly’s singing for his own poorly written song and rejects her suggestions to improve it.

Felix and Dennis set Berke up on a date with Dora (Kylie Bax) a very attractive but accident-prone woman. The date ends horribly when Dora inadvertently causes a fire in the restaurant. They try again by taking him to a strip club. However their attempts fail when Burke is locked into a harness and whipped by a dominatrix named Mistress Moira (Carmen Electra). The night ends with the club being raided by the police, Felix and Dennis abandoning Berke who is then picked up by his parents who, to Berke’s shock, congratulate him.At a party at Berke’s house, Kelly kisses Berke, but he insists that a relationship between them could not work because she is Felix’s sister. She leaves him, annoyed at his unwillingness to move on with his life, and Felix, coming across the two, punches Berke. At the same party, Berke and Allison catch Striker cheating on Allison with her best friend Maggie (Zoe Saldana), and so Allison breaks up with Striker. Meanwhile, Frank and Beverly return home to the party and once again congratulate Berke. Berke lampoons them for constantly embarrassing him and not acting like normal parents would to these types of situations. On the play’s opening night, the first half of the performance goes smoothly except for some onstage scuffling between Berke and Striker. During the intermission, Allison confides to Berke that she wants to get back together with him, leaving him with a difficult choice between her and Kelly. Meanwhile, Striker bribes two of the theater technicians to try and blow up Berke using stage pyrotechnics. Before the play resumes, Felix gives the orchestra sheet music for a love ballad written by Kelly to replace Oates’ unpopular tune. 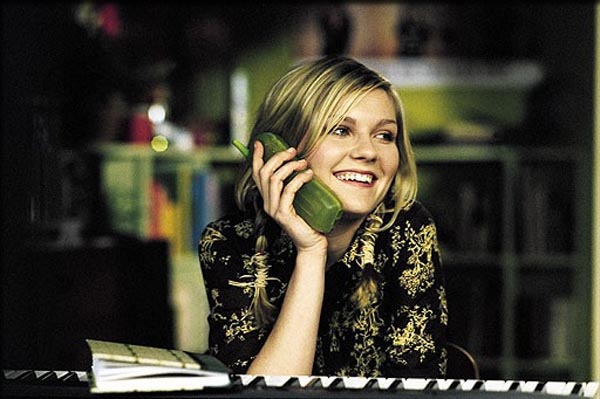 After the curtain rises, Kelly sings her song so beautifully that Berke is reminded of their time together and finally realizes he loves her. As the fourth act begins, he abandons his lines from the script and makes up his own verse professing his character’s love for Kelly’s character Helena. The audience applauds as Berke and Kelly kiss. Striker protests this change, but unwittingly signals the technicians to set off the explosion, blowing him offstage. Felix saves Dora’s life and they become a couple. Dennis kisses Kelly’s friend and his dancing partner Basin (Mila Kunis), who kisses him back, suggesting that they also begin a relationship. Kelly and Berke leave the theater after the show, looking forward to their future together as they discuss the next night’s performance. The film ends with Sisqó and singer Vitamin C singing and dancing along with the cast to the song “September” as the credits roll. 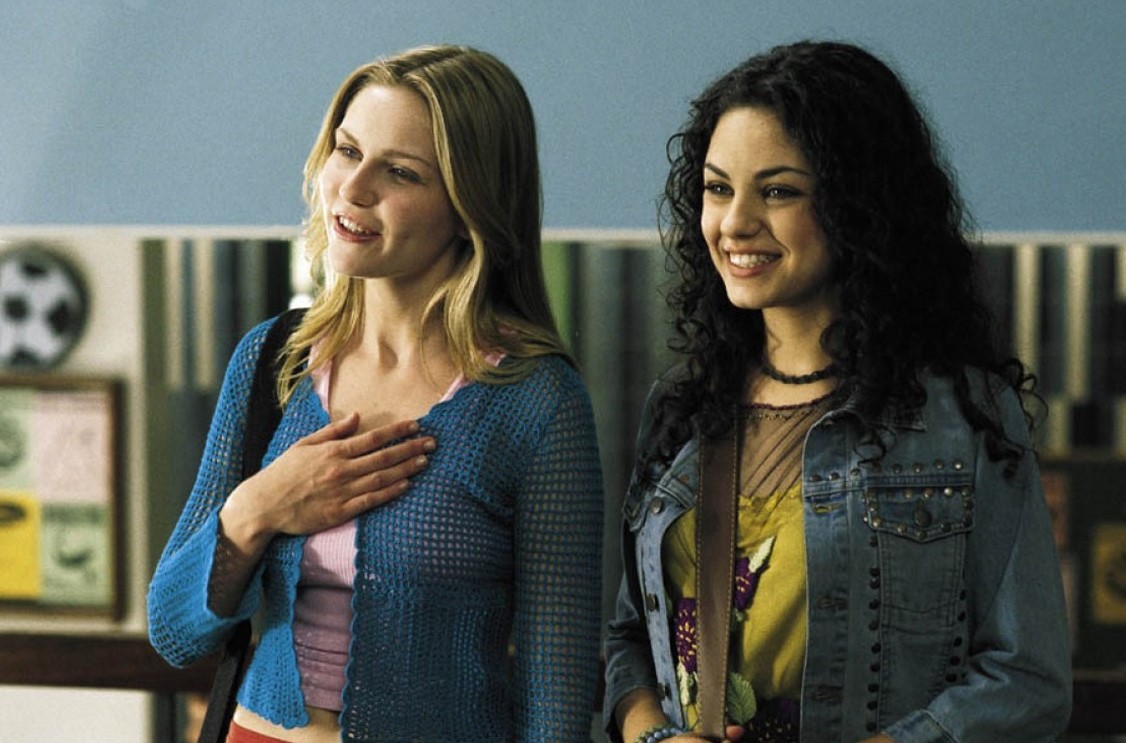 Although Get Over It! is not quite as saccharine sweet as others, there’s something a little more endearing about its different approach. Dunst is very good and stops the show when she sings “Dream of Me”; the songs and dances aren’t half bad and full of color and energy; Sagemiller is beautiful and very appealing. director O’Haver has a real flair for directing dance & music numbers.