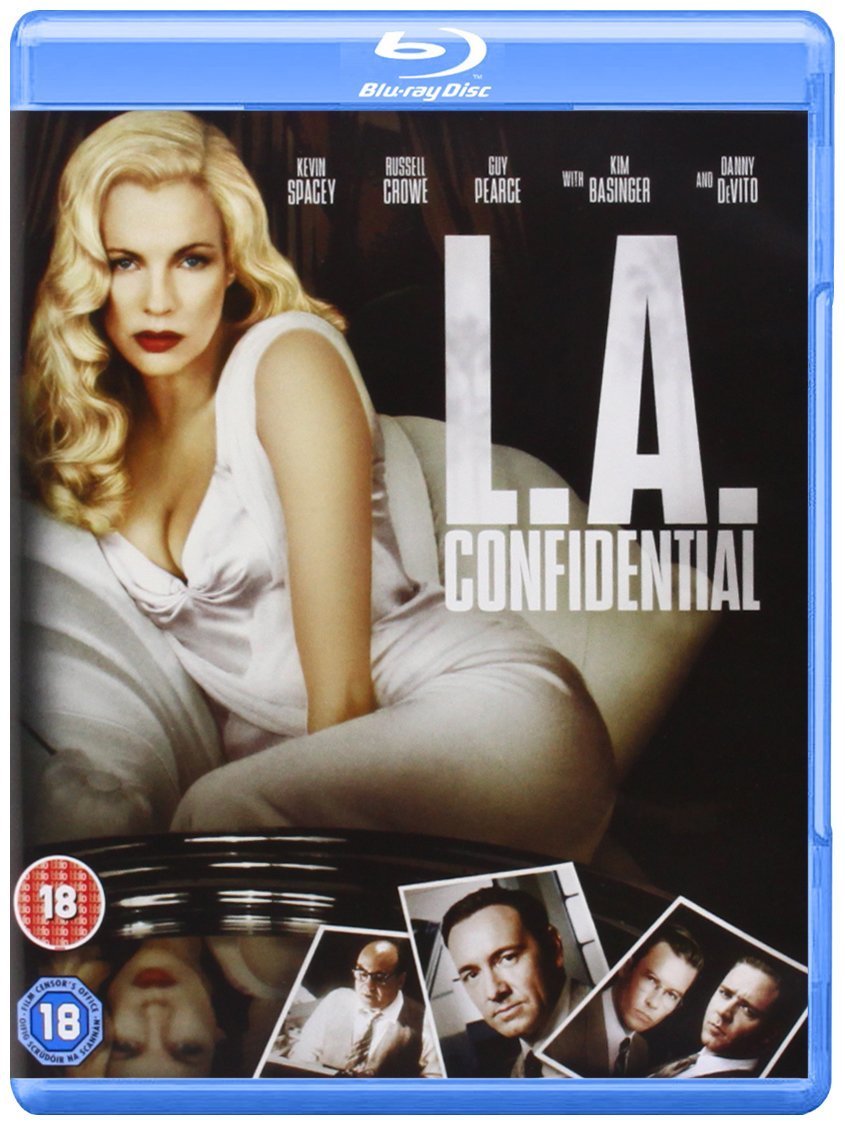 In early 1950s Los Angeles, Sergeant Edmund “Ed” Exley, son of the legendary LAPD detective Preston Exley, is determined to live up to his father’s reputation. His intelligence, insistence on following regulations, and cold demeanor contribute to his isolation from other officers. He exacerbates this resentment by volunteering to testify in the Bloody Christmas case in exchange for a promotion to Detective Lieutenant. This goes against the advice of Captain Dudley Smith, who states that a detective should be willing to shoot a guilty man in the back for the greater good. Exley’s ambition is fueled by the murder of his father, killed by an unknown assailant, whom Exley nicknames “Rollo Tomasi”.Officer Wendell “Bud” White, whom Exley considers a “mindless thug”, is a plainclothes officer obsessed with violently punishing woman-beaters. One such incident leads him to confront a former cop named Leland “Buzz” Meeks, a driver for Pierce Patchett. White comes to dislike Exley after White’s partner, Dick Stensland, is fired due to Exley’s testimony in the Bloody Christmas scandal. White is sought out by Smith for a job in which they harass and beat up out-of-town criminals trying to fill the void left in Los Angeles following the imprisonment of gangster Mickey Cohen for tax evasion. The Nite Owl case, a multiple homicide at a coffee shop, becomes personal after Stensland is found to be one of the victims.Sergeant Jack Vincennes is a narcotics detective who moonlights as a technical advisor on Badge of Honor, a popular TV police drama series. He is providing Sid Hudgens, publisher of the Hush-Hush tabloid magazine, with tips about celebrity arrests that will attract more readers to Hudgens’ magazine. When he becomes involved in Hudgens’ scheme to set up actor Matt Reynolds in a homosexual tryst with L.A. district attorney Ellis Loew, and Reynolds is killed as a result, Vincennes becomes determined to find the killer. 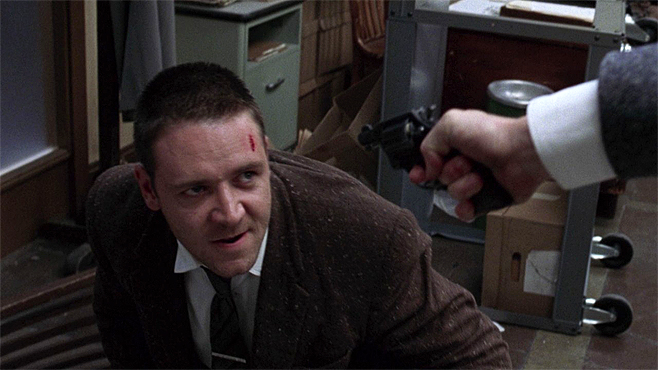 Three African Americans are initially charged with the Nite Owl murders, and later killed in a shootout. Although the Nite Owl crime initially looks like a botched robbery, Exley and White individually investigate it to discover indications of corruption all around them. White recognizes Nite Owl victim Susan Lefferts as one of Meeks’ escorts which leads him back to Pierce Patchett, operator of Fleur-de-Lis, a call girl service that runs prostitutes altered by plastic surgery to resemble film stars. He begins a relationship with Lynn Bracken, a Veronica Lake look-alike prostitute. The body count rises when White searches a storage room under Lefferts’ mother’s house, and finds the decomposed corpse of Meeks.When Vincennes approaches Smith with the evidence he has found with Exley, Smith realizes his scheme to take over Mickey Cohen’s heroin empire is threatened. Smith shoots Vincennes, who utters “Rollo Tomasi” before dying, the origin of which Exley told Vincennes in confidence. Exley’s suspicions are aroused when Smith asks him who Rollo Tomasi is. During an interrogation of Hudgens, Smith arranges for White to see photos of Bracken sleeping with Exley, which sends White into a rage. Confident that White has gone after Exley to kill him, Smith kills Hudgens. Exley investigates and discovers Meeks and Stensland used to work closely with Smith. White drives to the police station and begins to fight Exley, but Exley is able to convince White that Smith is corrupt and has set them both up. The two decide to team together to take down Smith. They are able to obtain evidence against Smith by threatening Loew, and later find Patchett murdered. Exley and White realize that Smith himself has been taking over after Cohen, and the killings have been Smith tying up loose ends.

Exley and White are set up with a trap against Smith and his hitmen. After a gunfight that kills all the hitmen, Smith shoots White in the face, but then is forced to surrender to Exley. As police arrive, Exley shoots Smith in the back, killing him. The LAPD cover up Smith’s crimes and say he died a hero in the shootout to protect the department’s image, and in exchange Exley bargains to also be hailed a hero and receives a medal for his bravery. Upon leaving City Hall, Exley sees Bracken, who tells him she is returning home to Arizona with White, revealing White survived the shooting. Exley and White shake hands and Bracken drives off into the sunset.

This was easily the best Hollywood movie of 1997, this just may be one the smartest movies you haven’t seen. With great performances from an ensemble all-star cast and a clever script, the dramatic tension of this modern film-noir classic is an absolute must-see! Told through a variation on the theme of “good cop, bad cop” with an overarching corruption angle, this film cleverly deals with issues of racism, social justice and ethics in a non-discriminatory manner. Character development is well-done and the dramatic tension is superb. If you are a fan of crime-drama and detective stories, you won’t be disappointed 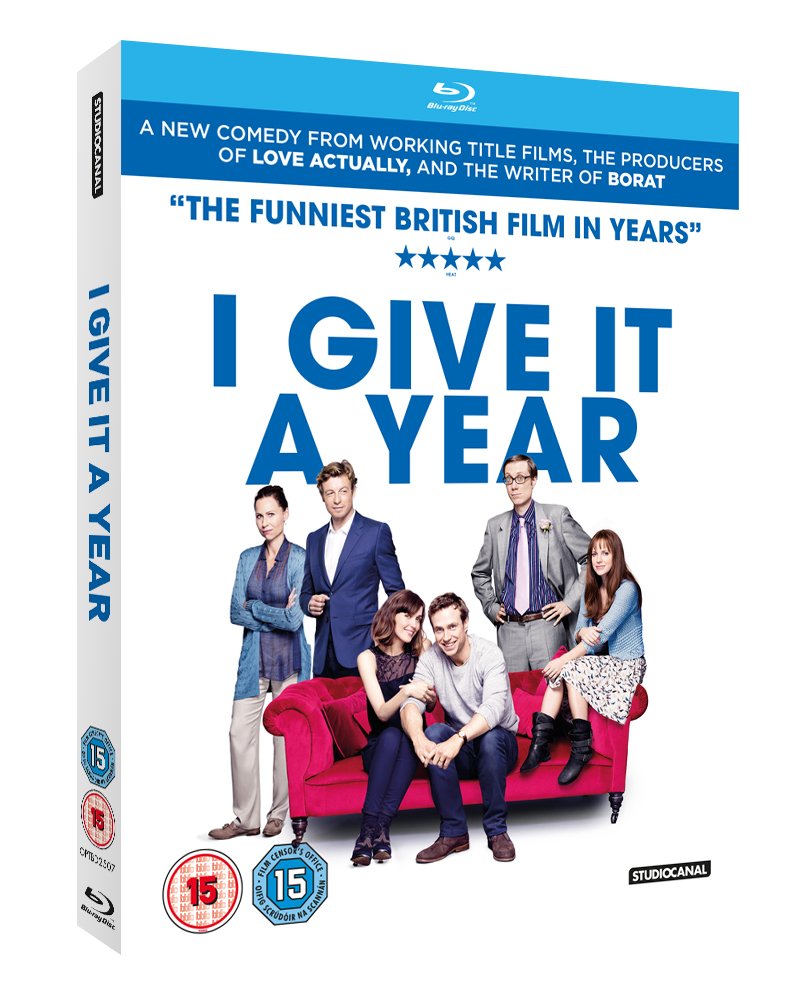 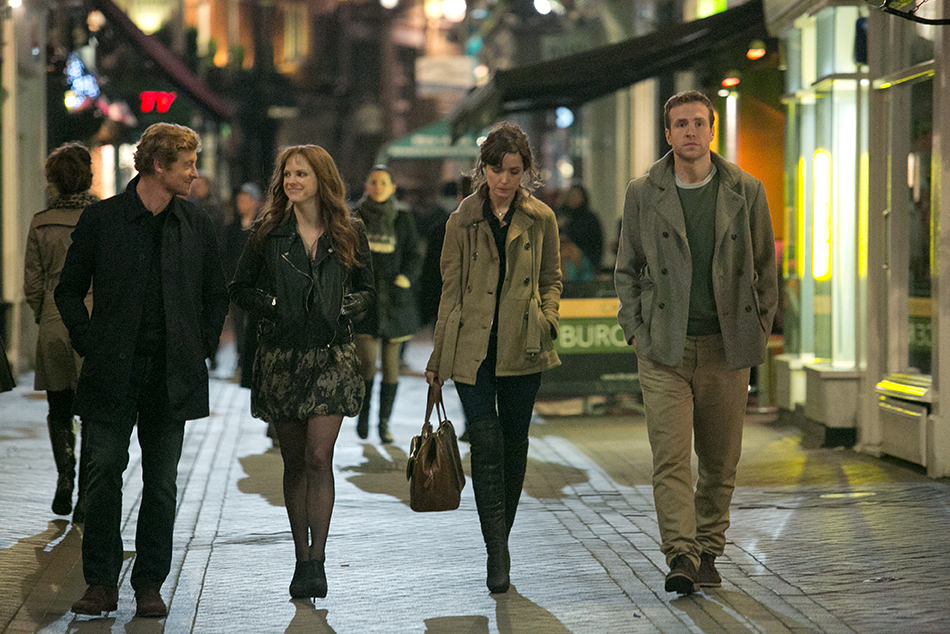 Nat and Josh have a conversation about his suggestion of Chloe dating Guy. The two talk about the prospects of both of them as romantic interests. The four meet for dinner, and spend the evening playing pool. Chloe and Guy seem to hit it off, happily competing against Nat and Josh. Nat becomes more frustrated with Josh’s clumsy and patronising attempt to teach her how to play properly, as well as with her growing jealousy towards Chloe, who can play well. They leave the bar, and Nat asks Guy to talk about packaging details, intending to meet Josh back at their flat afterwards. Chloe and Josh depart together, while Nat and Guy go the other direction. After a moment, Nat passionately kisses Guy, resulting in the ripping of the underwear bought for her by Josh. 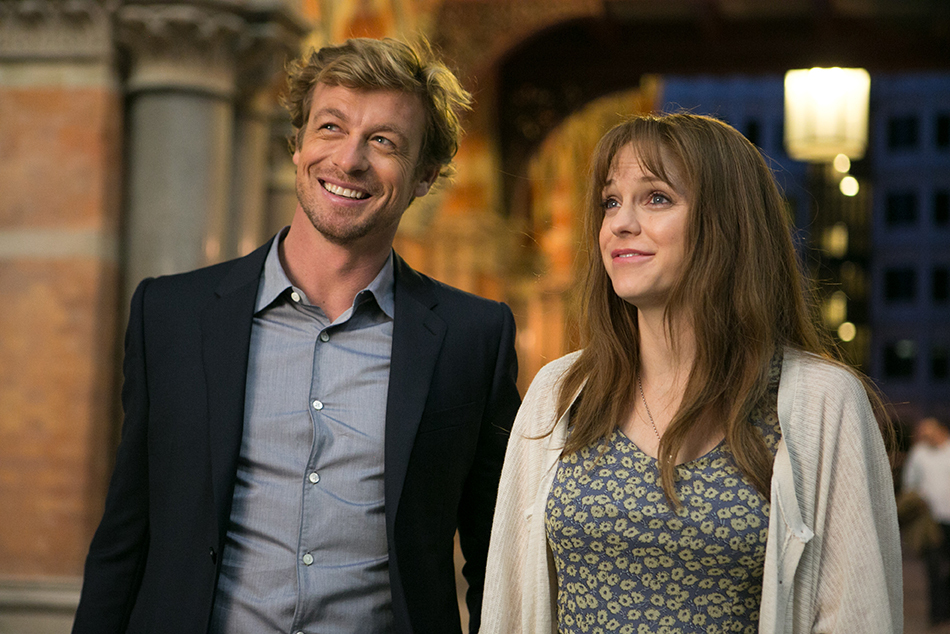 Meanwhile, Josh attempts to discourage Chloe’s attraction to Guy, and she admits she is and has always been still in love with him, lamenting that Josh never stopped her from leaving and insisting that their current circumstances are impossible, that they cannot see each other anymore. When Nat returns home, she and Josh talk about their relationship. After nine months they decide to get help instead of giving up on their marriage. This leads us back to the counsellor’s office, who ultimately advises them to try to make it to the one-year marker. The couple then put up with each other’s quirks over the next few months, eventually making it to their anniversary. Nat brings out the same expensive lingerie for the special occasion, and struggles to do it up because of two broken hooks, remembering the circumstances in which they were broken—her with Guy. Josh meanwhile leaves the flat, telling Nat he’s remembered he has to do something and that he will meet her at the restaurant. He races to Chloe’s apartment, only to find that she is heading off in a cab with Guy, whom she embraces lovingly. Nat contemplates phoning Guy, but then decides to go to the restaurant, where her friends and family are there waiting to surprise the couple. After failing to contact Josh, Nat sits down. She discovers that their friends didn’t think her marriage would last. Josh makes it to the restaurant party, and tells Nat that he thinks she is the perfect wife, just not for him. He asks her for a divorce and she immediately and delightedly agrees. The couple rejoice at the situation, and immediately leave the party one after the other.Meanwhile, Guy and Chloe are at the railway station waiting to go to Paris on a romantic trip. Josh finds them and professes his love for Chloe. When it’s discovered that he split up with Nat, the two are shocked. Nat appears behind Josh, who awkwardly assumed he is the one she wants to speak to, but it turns out she was there for Guy. After a short exchange they happily discuss how perfect Guy and Chloe are for them. In the end, Chloe and Guy mutually break up. Nat ends up kissing Guy and Chloe shares a kiss with Josh.I really enjoyed this movie! It’s a laugh-out-loud romcom, which is genuinely unconventional. It is awkward in all the right places. This movie is clearly making fun of mainstream romcoms. Definitely worth checking out. 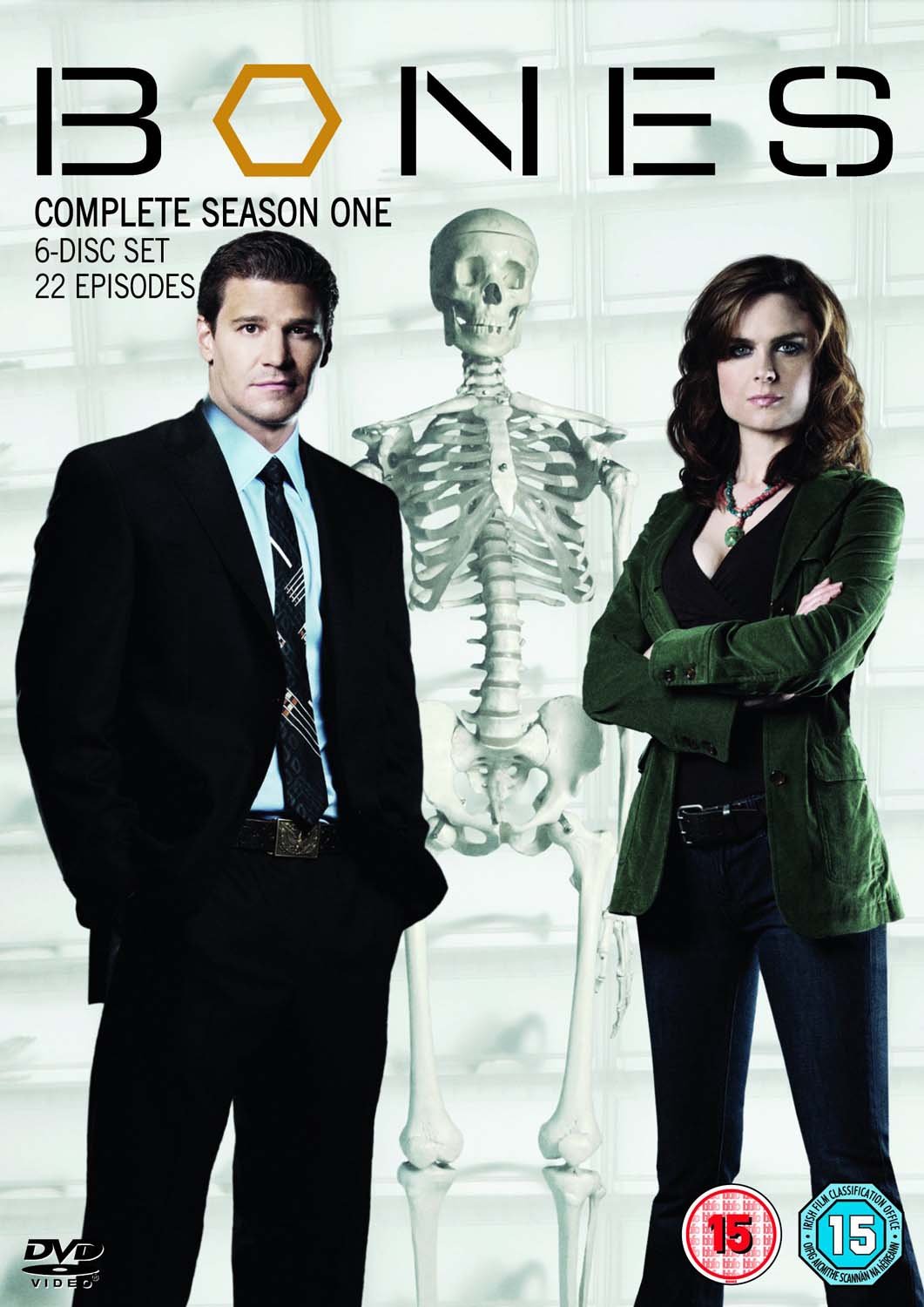 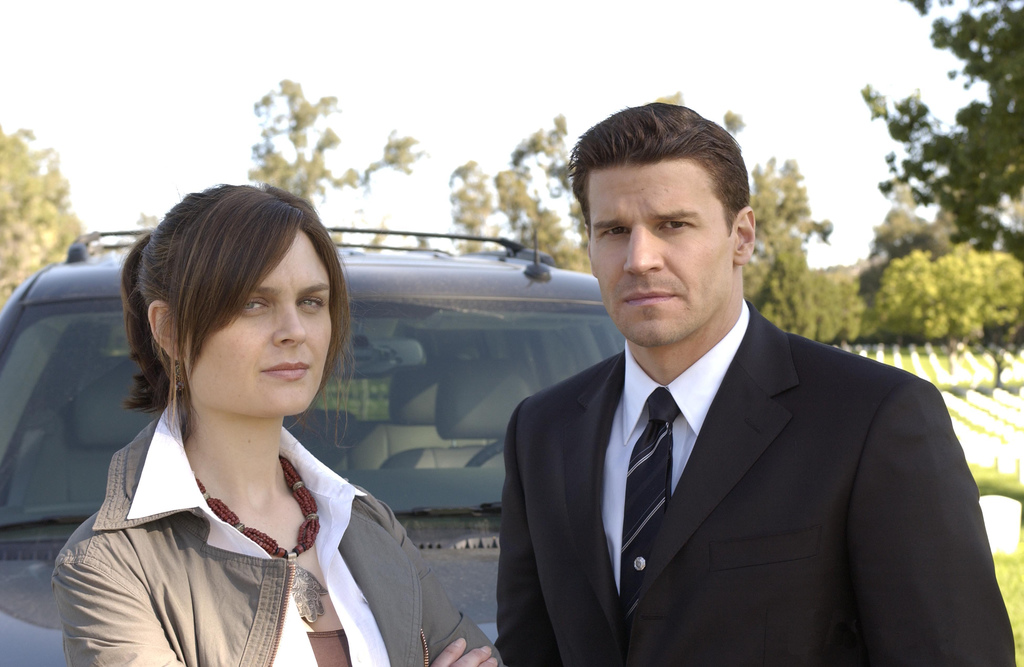 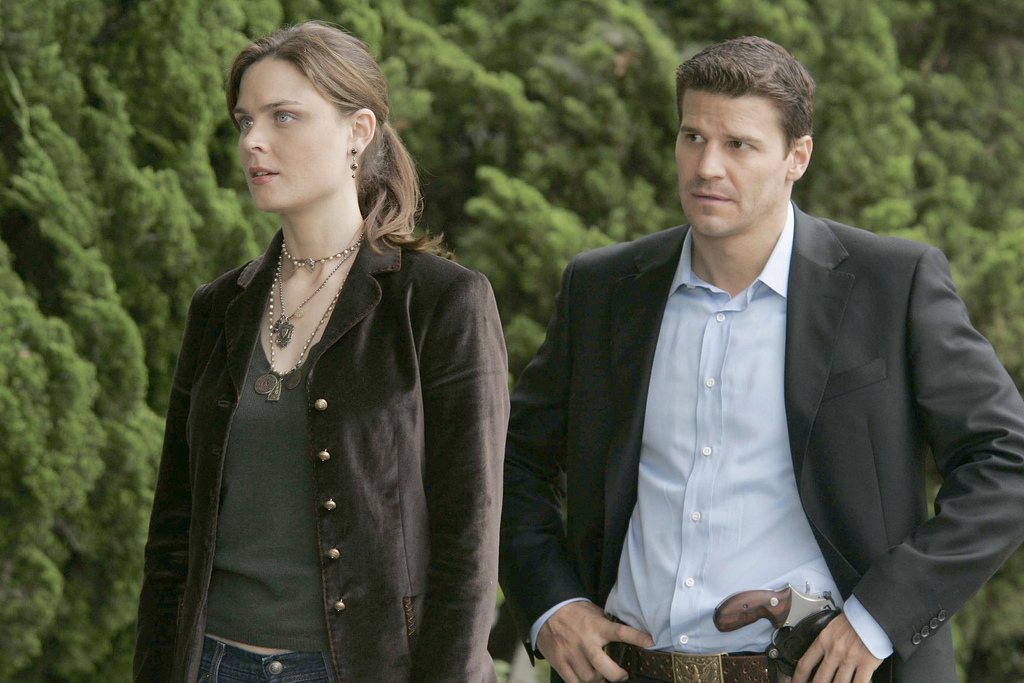 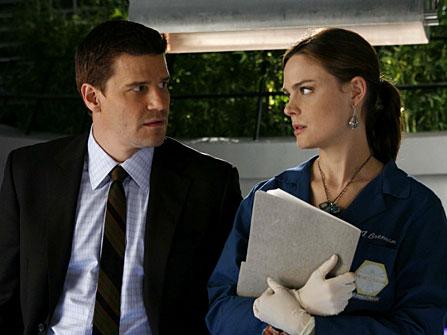 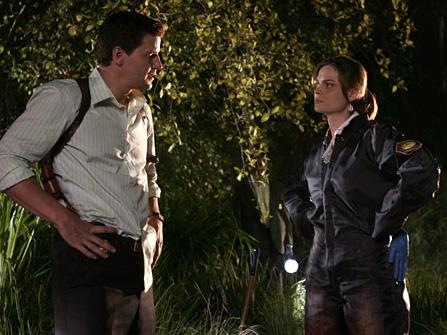