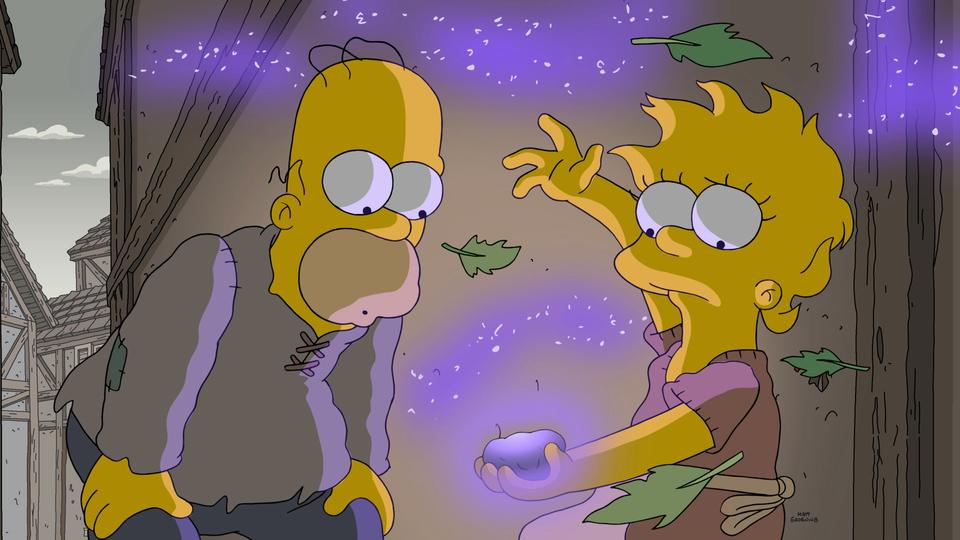 What more can I possibly say about a TV show that has already been praised to death? I was 8 when the Simpsons first aired and I’m 37 now. I’ve seen every single episode, and I’d have to say it’s a rare combination of factors that come together to make The Simpsons the best show ever. 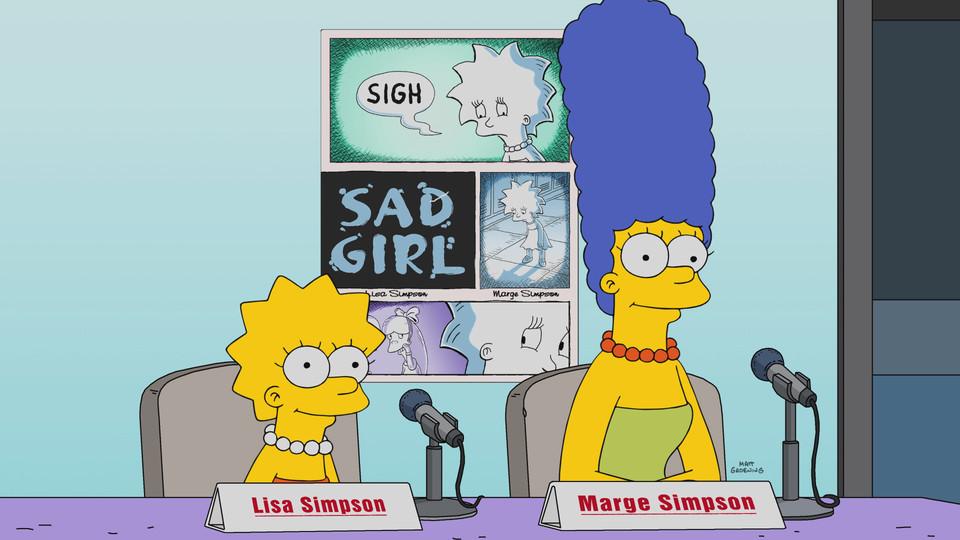 It’s a very clever and intelligent show – they never dumb anything down – and as creator Matt Groening has remarked, “The Simpsons is a show that rewards paying attention.” There are always enough obscure pop-culture references or subtle background gags to ensure that the second, third, or tenth viewing of an episode will find you noticing something you hadn’t before.
In the early days of The Simpsons, they derived a large part of their popularity from the everyday, down-to-earth, unglamorous, average-blue-collar-slob aspect of the Simpson family. Homer is lazy and doesn’t like his job, Bart doesn’t excel at school, the plastic ketchup bottle they use at the dinner table makes that farting sound, and so on. This aspect of the program contrasts it with popular 80’s family sitcoms such as The Cosby Show which always featured impossibly well-functioning families who got along a little too perfectly and usually learned a neat little lesson at the end of each episode. An early tag-line for The Simpsons said that they “put the Fun back in Dysfunctional.” 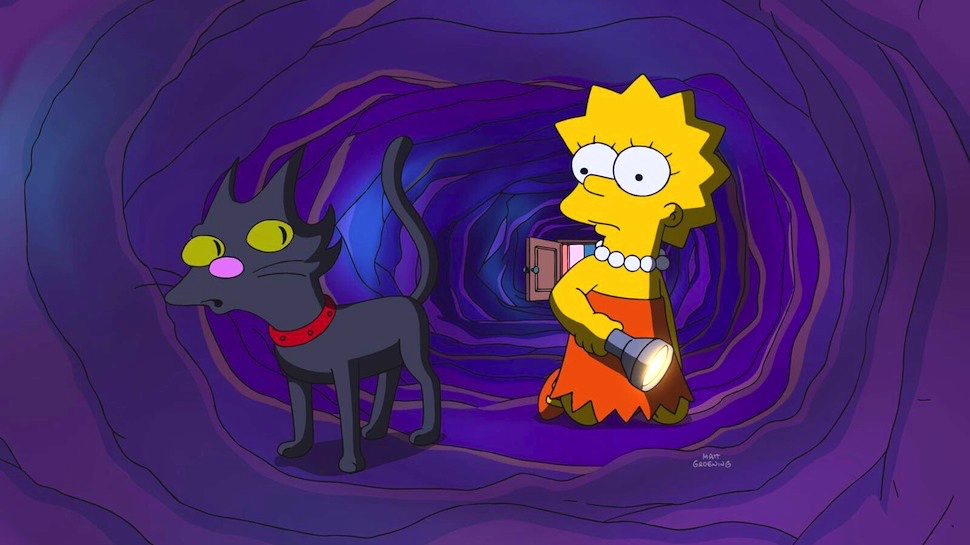 Perhaps this blue-collar-slobness by itself is nothing shockingly original – think of previous TV shows such as Roseanne, Married with Children, All in the Family, The Honeymooners – but the Simpsons doesn’t stop there. This show is extremely densely packed with jokes – everything from cerebral witticisms and sly satire to Homer falling down and going “D’oh!” Because it’s a cartoon, the writers can get away with surreal gags such as the time Homer tells a joke which falls flat, after which a long silence happens which is punctuated by a single tumbleweed rolling through the Simpson’s living room. 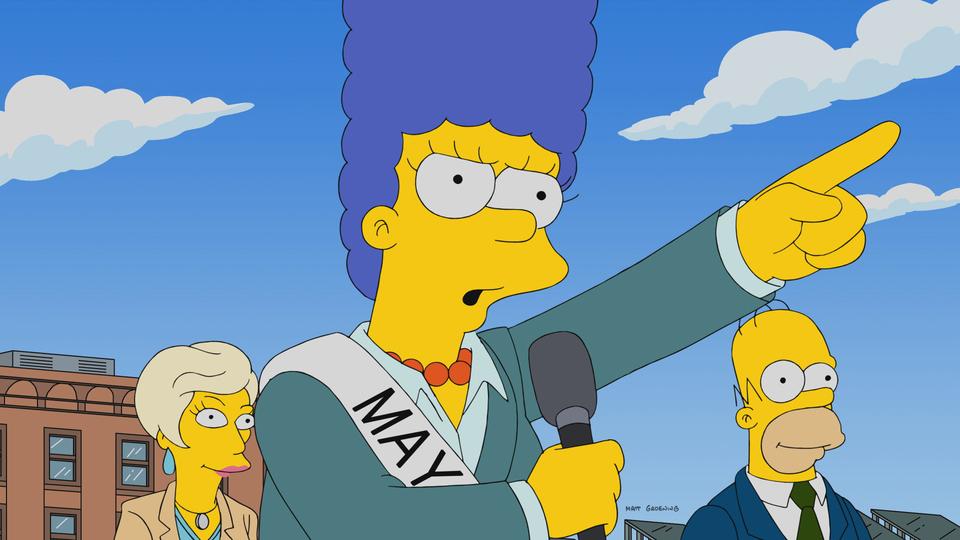 There are just too many things to mention about The Simpsons. It can be touching occasionally; more often the viewers are treated to an unequalled cavalcade of obscure references, surreal sight gags, wacky adventures, self-mocking irony… The list goes on and on. Just watch it, else you’re missing out on one of the most important elements of  popular culture. Season 29 continues the trend of excellent humor and some very fun moments for our favorite family and shows The Simpsons has strong legs to continue on with 30th season airing in the winter of  2018. 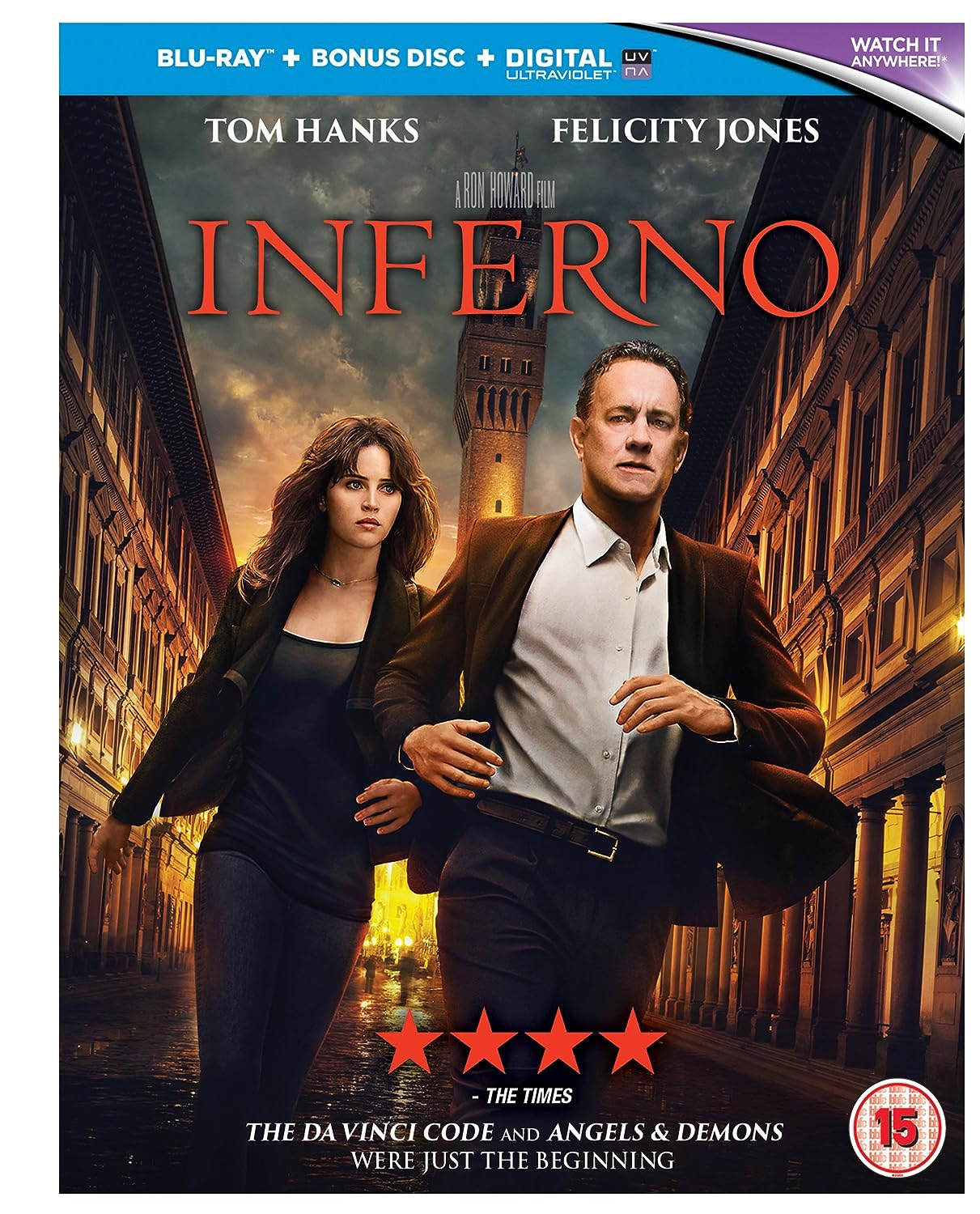 Harvard University professor Robert Langdon awakens in a hospital room in Florence, Italy, with no memory of what has transpired over the last few days, but being plagued with visions of a scorched Earth. Dr. Sienna Brooks, one of the doctors tending to him, reveals that he is suffering from amnesia as a result of a bullet wound to the head. Another doctor says the police are there to question Langdon but the officer turns out to be Vayentha, an assassin, who shoots the doctor while heading down the hall. Sienna helps Langdon to escape, and they flee to her apartment.Among Langdon’s personal belongings, Langdon and Sienna find a Faraday pointer, a miniature image projector with a modified version of Sandro Botticelli’s Map of Hell, which itself is based on Dante’s Inferno. They soon realize this is the first clue in a trail left by Bertrand Zobrist, a billionaire geneticist who believed that rigorous measures were necessary to reduce the Earth’s growing population, and who committed suicide after being chased by armed government agents.Langdon and Sienna figure out that Zobrist, who is obsessed with Dante, has created a virus he has dubbed “Inferno”, with the potential of decimating the world’s population. In the meantime, they have been traced by both Vayentha and agents from the World Health Organization (WHO), who try to raid the apartment, forcing them to flee again. The WHO agents are headed by Elizabeth Sinskey, an old lover of Langdon’s, and are trying to prevent the release of the virus. Vayentha reports to her employer Harry Sims, the CEO of a private security company called “The Consortium”, who is acting on behalf of Zobrist, who gives her instructions to kill Langdon as he had become a liability.Langdon’s knowledge of Dante’s work and history, and of hidden passages in Florence, allows the two to follow clues such as letters and phrases which lead to various locations in Florence and Venice, while killing Vayentha and evading the WHO. Along the way, Langdon discovers that he stole and hid the Dante Death Mask, a crucial clue, an event he also does not remember. Zobrist had provided Sims with a video message about the virus, to be broadcast after it has been released. Shocked by its content, Sims allies with Sinskey to prevent the outbreak. However, Langdon and Sienna are contacted by Christoph Bouchard, a man purporting to be working for WHO, warning them that Sinskey has a double agenda and is after the Inferno virus for her own profit. The three cooperate for a while, until Langdon realizes that Bouchard is lying and seeking to profit from Inferno himself, forcing the duo to flee on their own again.Langdon figures out that the virus is in the Hagia Sophia in Istanbul. With that knowledge, Sienna abandons Langdon, revealing that she was Zobrist’s lover and that she will ensure the release of the virus. Zobrist and Sienna used to play treasure hunt games; this trail was the backup plan in case something happened to Zobrist. Langdon is recaptured by Bouchard, but Sims kills Bouchard and rescues Langdon, who then re-teams with Sinskey, who asked him for help in interpreting the imagery from the Faraday pointer. Sims reveals he was hired by Sienna to kidnap Langdon when Zobrist had been killed, and drugged with benzodiazepine to induce a memory loss; the events in the hospital were all staged.They realize the virus is in a plastic bag hidden under water in the Basilica Cistern in Istanbul. The WHO team – joined by Langdon, Sims, and Sinskey – race to locate and secure the bag, while Sienna and her allies attempt to detonate an explosive that will rupture the bag and aerosolize the virus. Sims is killed by Sienna, and when Langdon confronts her, she commits suicide in an attempt to release the virus. The detonation is able to rupture the bag but because it was already contained in a special containment unit, the virus was secured in time and Sienna’s allies are killed. The virus is then taken by WHO, and Langdon goes back to Florence in order to return the Dante Death Mask.The movie seems to have taken lot of liberties with Dan Brown’s book although I cannot compare much since I’m yet to read it fully. I could not go beyond 100 odd pages, it felt very crazy to me. If I were to judge just the movie, I’d say it entertained. I think that’s director Ron Howard’s skill, he can make any story watchable. There’s enough tension to hold our attention till the very end. Although I’ve heard the book ends differently, I’m glad the movie ends the way it did…felt more sane & positive to me! I find Dan Brown’s earlier works like DaVinci Code or Angels & Demons to be more readable.