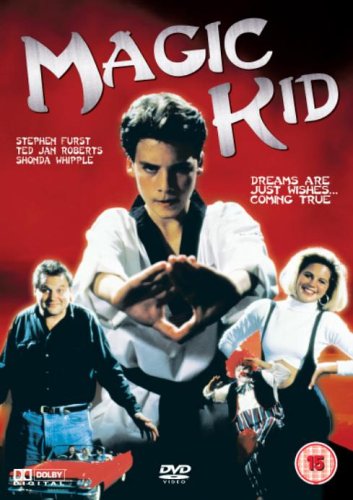 The film is about Kevin Ryan, an 11-year-old karate-champion from Kalamazoo, Michigan, who spends his summer with his uncle, Bob Ryan and his girlfriend Anita in California. His older sister Megan is coming with him. Bob owns a management bureau for clowns-acts. He has money problems and owes $10,000 to a mafioso named Tony.

Because of all his problems he starts and ends his day with a bottle of Jack Daniels, even in his morning-coffee. Tony wants his money back and sends his nephew and two collectors to Bob. Bob is still in bed when the Mafia arrive, but Kevin sees the three thugs entering the house to take $15,000 off Uncle Bob. Tony is very pissed about it, so Bob takes his niece and nephew out of the house. Kevin offers to help his uncle against the bad guys. Megan gets in trouble when she goes to a club to meet her hero Tommy Hart. The bad guys recognize her and want to kidnap her, but Bob and Kevin, who were looking for Megan, arrive just in time. Kevin takes out the thugs, but then comes ‘The Animal’, a big, very large though guy. And then comes Don ‘the Dragon’ Wilson to save the day.

The film itself it not that bad. Sometimes the acting in the film is nerve-racking. The action in the film is good and the storyline is all right. The main reason most will watch is for Ted Jan Roberts of Masked Rider fame, which is the only reason I obtained it.