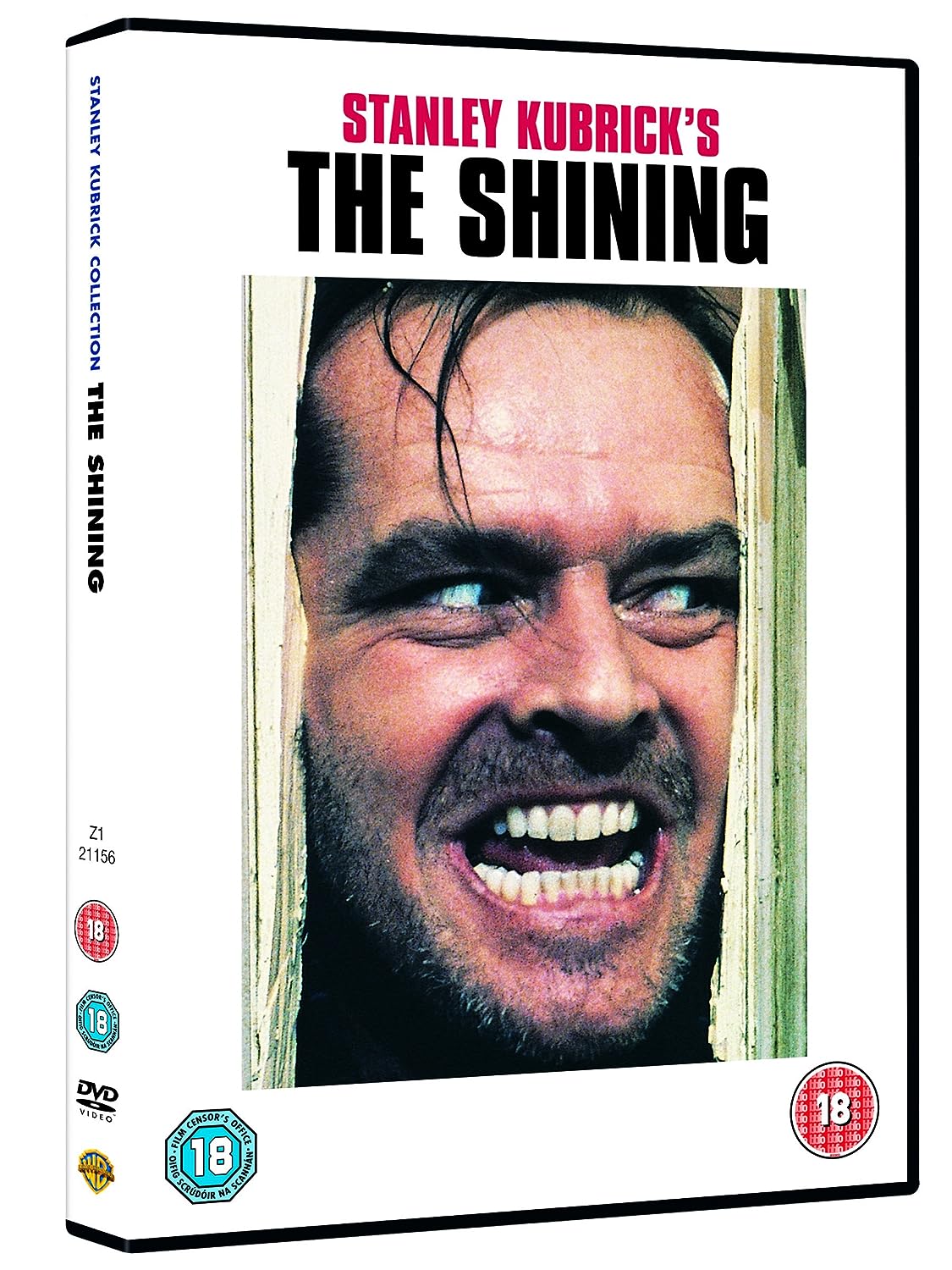 Jack Torrance arrives at the mountain-isolated Overlook Hotel, which is twenty-five miles from the closest town, to be interviewed for the position of winter caretaker. Once hired, Jack plans to use the hotel’s solitude to write. The hotel, built on the site of a Native American burial ground, becomes snowed-in during the winter; it is closed from October to May. Manager Stuart Ullman warns Jack that a previous caretaker, Charles Grady, developed cabin fever and killed his family and himself. In Boulder, Jack’s son, Danny Torrance, has a terrifying premonition about the hotel, viewing a cascade of blood emerging from an elevator door, and then falls into a trance. Jack’s wife, Wendy, tells a doctor that Danny has an imaginary friend named Tony, and that Jack has given up drinking because he dislocated Danny’s shoulder following a binge.The family arrives at the hotel on closing day and is given a tour. The chef, Dick Hallorann, surprises Danny by telepathically offering him ice cream. Dick explains to Danny that he and his grandmother shared this telepathic ability, which he calls “shining”. Danny asks if there is anything to be afraid of in the hotel, particularly room 237. Hallorann tells Danny that the hotel has a “shine” to it along with many memories, not all of which are good. He also tells Danny to stay away from room 237.A month passes; while Jack’s writing goes nowhere, Danny and Wendy explore the hotel’s hedge maze, and Hallorann goes to Florida. Wendy learns that the phone lines are out due to the heavy snowfall, and Danny has frightening visions. Jack, increasingly frustrated, starts behaving strangely and becomes prone to violent outbursts. Danny’s curiosity about room 237 overcomes him when he sees the room’s door open. Later, Wendy finds Jack screaming during a nightmare while asleep at his typewriter. After she awakens him, Jack says he dreamed that he killed her and Danny. Danny arrives and is visibly traumatized with a bruise on his neck, causing Wendy to accuse Jack of abusing him. Jack wanders into the hotel’s Gold Room and meets a ghostly bartender named Lloyd. Lloyd serves him bourbon whiskey while Jack complains about his marriage. Wendy later tells Jack that Danny told her a “crazy woman in one of the rooms” attempted to strangle him. Jack investigates room 237, encountering the ghost of a dead woman, but tells Wendy that he saw nothing. Wendy and Jack argue over whether Danny should be removed from the hotel and a furious Jack returns to the Gold Room, now filled with ghosts attending a ball. He meets the ghost of Grady who tells Jack that he must “correct” his wife and child and that Danny has reached out to Hallorann using his “talent”. Meanwhile, Hallorann grows concerned about what’s going on at the hotel and flies back to Colorado. Danny starts calling out “redrum” and goes into a trance, referring to himself as “Tony”. 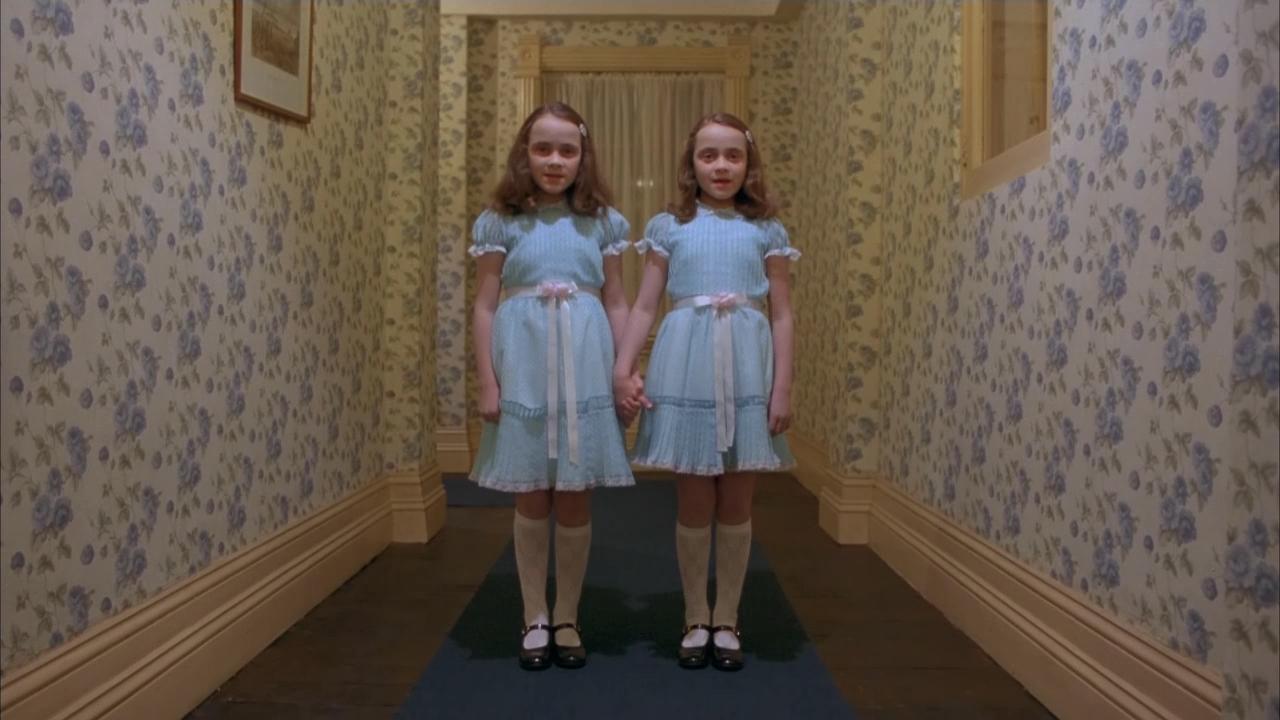 While searching for Jack, Wendy discovers he has been typing pages of a repetitive manuscript: “all work and no play makes Jack a dull boy”. She begs Jack to leave the hotel with Danny, but he threatens her before she knocks him unconscious with a baseball bat. She drags him into the kitchen and locks him in the pantry, but she and Danny are both trapped at the hotel: Jack has disabled the hotel’s two-way radio and snowcat. Later, Jack converses through the pantry door with Grady, who unlocks the door. 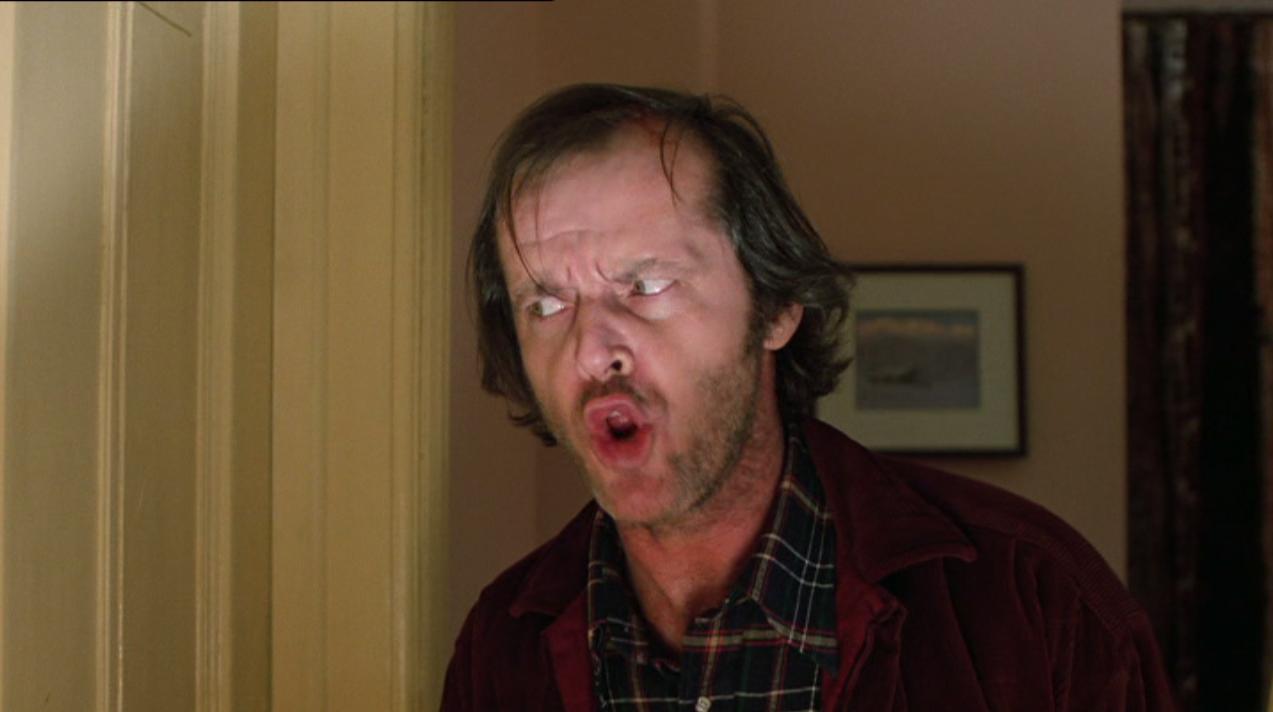 Danny writes “REDRUM” on the outside of the bathroom door in the family’s living quarters. When Wendy sees the word reversed in the bedroom mirror, the word is revealed to be “MURDER”. Jack begins hacking through the quarters’ main door with a firefighter’s axe. Wendy sends Danny through the bathroom window, but it will not open sufficiently for her to pass. Jack breaks through the bathroom door, shouting “Here’s Johnny!”, but retreats after Wendy slashes his hand with a butcher’s knife. Hearing Hallorann arriving in a snowcat he borrowed, Jack leaves the room. He murders Hallorann with the axe in the lobby and pursues Danny into the hedge maze. Wendy runs through the hotel looking for Danny, encountering ghosts and the cascade of blood Danny envisioned in Boulder. She also finds Hallorann’s corpse in the lobby. Danny lays a false trail to mislead Jack, who is following his footprints, before hiding behind a drift. Danny escapes from the maze and reunites with Wendy; they escape in Hallorann’s snowcat, while Jack freezes to death in the snow. In an old photograph in the hotel hallway dated July 4, 1921, Jack Torrance smiles front and center amid a crowd of party revelers at the Overlook. 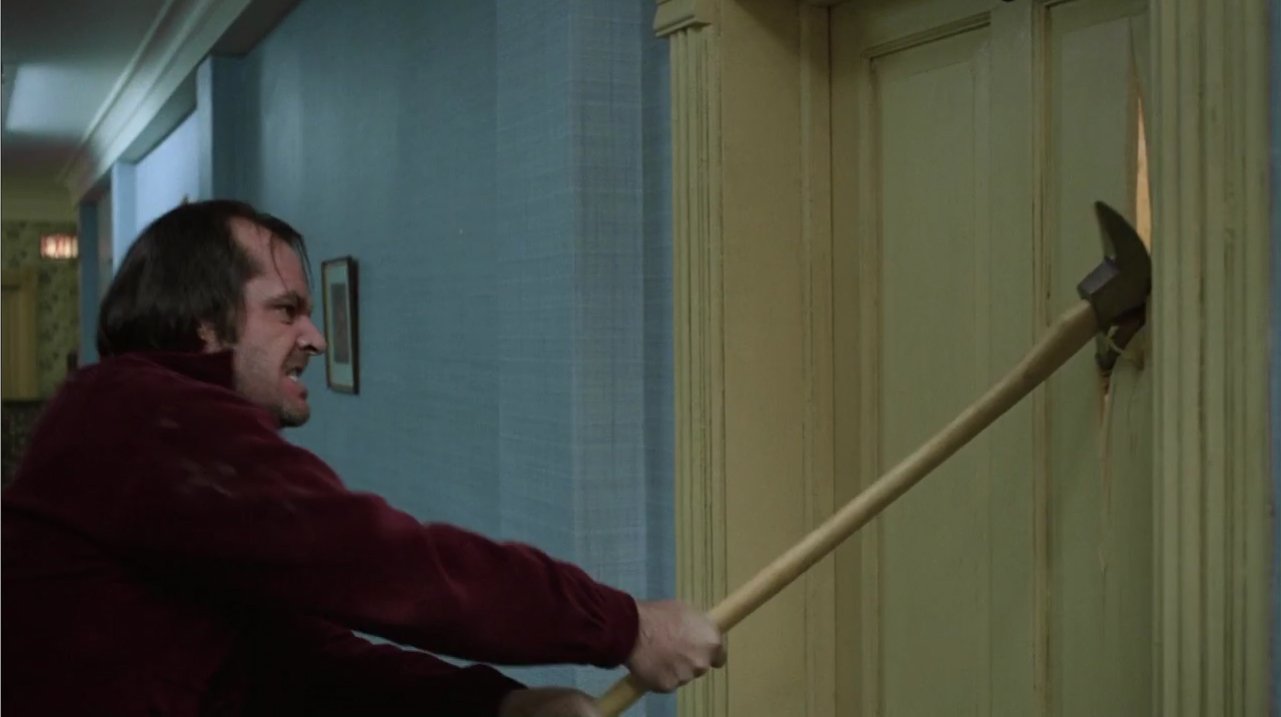 The Shining is, in my opinion, a special landmark in horror cinema which will always be regarded as one of the scariest movies in film history. It is an unforgettable, chilling, majestic and truly, profoundly scary film crafted by an eccentric genius who wants to show that the impossible can be done. The Shining is a sublime, hauntingly intriguing and endlessly watchable film that shows Kubrick at his best.