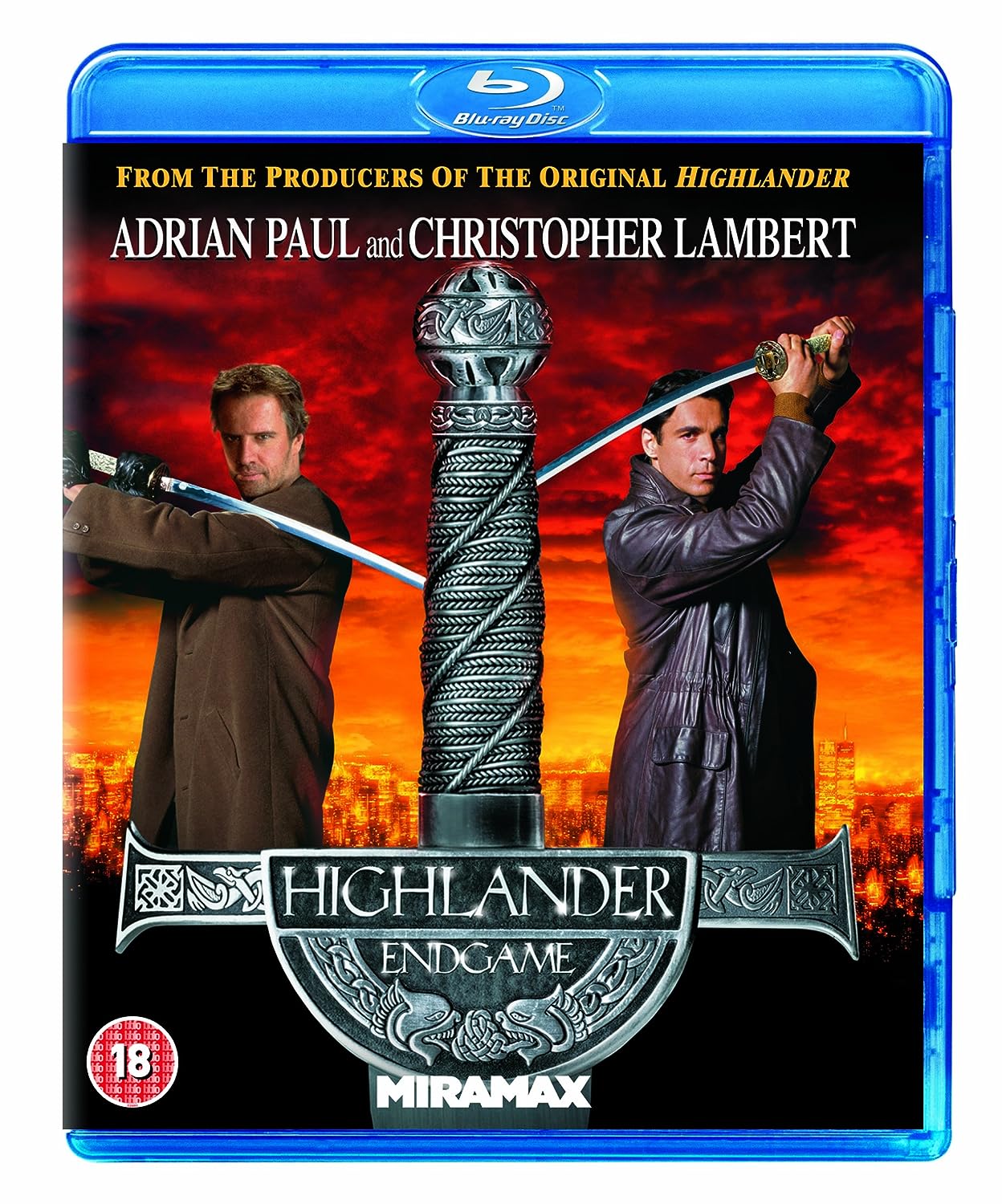 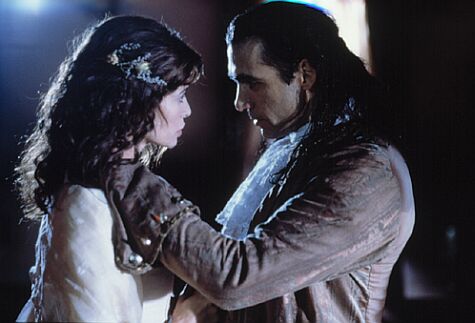 In A.D. 1555, Connor MacLeod (Christopher Lambert) returns to his former home in Glenfinnan, Scotland, to save his mother from his former friend and village priest Jacob Kell (Bruce Payne). Kell executes Connor’s mother for witchcraft. Connor kills both Kell and Kell’s adopted father, Father Rainey, and sets Glenfinnan ablaze. Jacob Kell is reborn as an Immortal, and vows vengeance against Connor for Rainey’s death. He spends the next four centuries killing people Connor cares about. Kell amasses great power by ignoring the rules of The Game; he recruits several lesser Immortals as disciples, who overpower other Immortals so Kell can take their heads. By the turn of the century, Kell has 661 Immortal kills (compared to 262 for Connor MacLeod, and 174 for Duncan MacLeod). 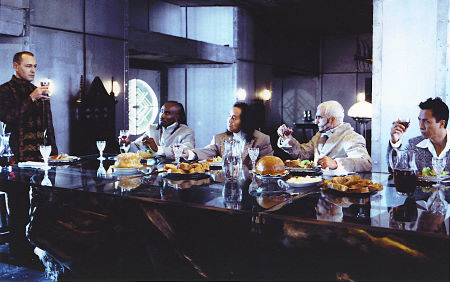 Ten years before the present-day events of the film, Kell orchestrates the death of Connor’s adopted daughter Rachel Ellenstein. Heartbroken, Connor departs for The Sanctuary, where Immortals are under surveillance by a subgroup of Watchers to prevent The Prize from being won.

A decade later, Kell and his disciples attack the Sanctuary, and Connor is believed to have been beheaded along with the other Immortals there. Duncan MacLeod (Adrian Paul), compelled by a vision he has of the slaughter, begins to investigate. Meanwhile, Mathew Hale, the watcher supervising the sanctuary, looks on at the carnage, and decides that they will now turn to “volunteers” to refill their test-subjects’ numbers. Duncan goes to see Methos, who tells him about the Sanctuary. Duncan cannot believe that Connor would even go to such a place. He later leaves London for New York, where he goes to Connor’s loft, which was destroyed in the explosion that killed Rachel. Sensing an Immortal, he turns to see Kate (Lisa Barbuscia), his wife from 200 years before. Then Kell’s posse arrives, and fights Duncan (disregarding the rule of one-on-one combat). The fighting stops when Kell arrives, but Carlos shoots Duncan, who falls on a spike, killing him. Kell is furious with Carlos, and beheads him: as the quickening begins, a van drives up to where Duncan fell, and takes him away.

Later on, Duncan wakes up, only to realize that he has been taken by Watchers who want to keep him in the Sanctuary so that he does not win the Prize. He is later saved with the help of Methos and Joe. He discovers Connor was spared by Kell, so as to allow the evil Immortal to make Connor’s life even more miserable. Kell wants to kill Duncan in order to torture Connor, and given the number of Quickenings he has received, this seems quite likely to occur. Additionally, Connor is too guilt-ridden by the deaths of all his loved ones to stand up to Kell by himself. Duncan later confronts Kate (now using the alias “Faith”) at a fashion shoot, and asks her why she is with Kell. She tells him how much she hates the fact that she will never have children or grow old and die, and believes that Kell understands her pain. Duncan must earn her forgiveness, or face her as an embittered part of Kell’s faction. Later on in his hotel room, Kate arrives after having a chat with Kell, and the two make love. Though it would appear that she has forgiven him, it is not the case, and she tells Duncan that she will never forgive him; Duncan tells her that it is never too late for redemption, and that he will wait, even if it takes years or centuries.

Ultimately, Kell executes his group in a mock Last Supper to gain their powers, including possibly Faith, and Connor convinces Duncan that Connor must allow himself to be beheaded in order for Duncan to have enough power to rival Kell. After an emotional good-bye, Duncan follows Connor’s advice, and beheads his beloved clansman.

Soon after, Duncan and Kell engage in a final battle. At first, Kell easily overpowers Duncan, even when MacLeod attempts a supposedly-unbeatable sword move that Connor taught him. Just before Duncan’s impending death at the hands of Kell, Connor’s spirit helps give Duncan the strength to continue. Duncan then kills Kell by jumping over him and decapitating him as he turns around. Duncan absorbs all of Kell’s massive power. He then goes to Glen Coe, Scotland to bury Connor next to Connor’s first wife Heather. Kate appears and explain Duncan that Kell spared her life. Kate and Duncan share a kiss, suggesting that they will reconcile their marriage and live together forever.

This installment of the Highlander movie series is a brilliant blend of the original movie and the popular television characters. The story line is weaved through past history (as Highlander fans have come to expect) and picks up where the television series ended. It still stands alone as a movie in itself, though I will admit it may be hard for a non-highlander fan to grasp all of the concepts that are thrown at them. All in all, Davis/Panzer have once again given credit to this wonderful science fiction series by watching the details of the character’s pasts and still creating unknown events in their lives. This is the beauty of this series, just when you think you know the character something pops up from their past. This will be an emotional movie for diehard Highlander fans, just as the “To Be/Not to Be” t.v. finale was. In my opinion. 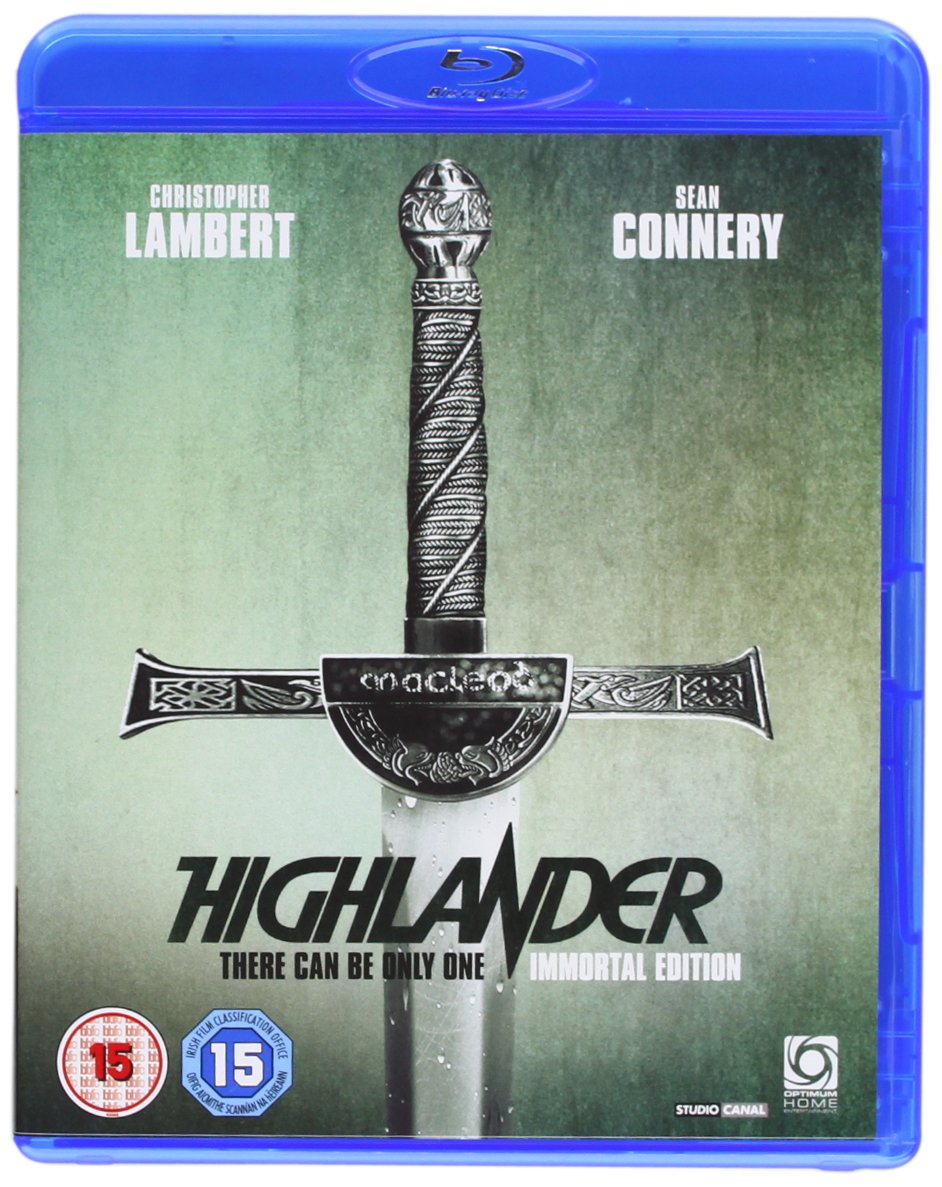 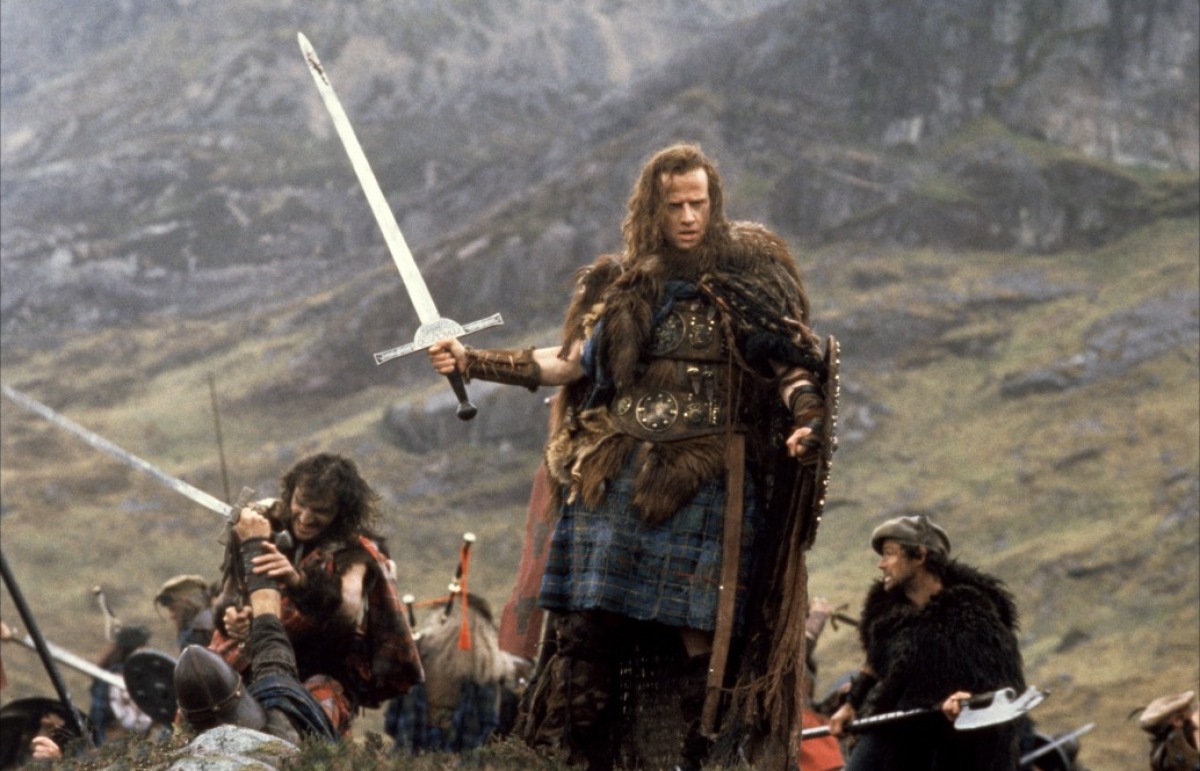 In 1985, Connor MacLeod, also known as the Highlander, is in New York City. In an arena parking garage, Connor is confronted by fellow immortal Iman Fasil, and decapitates him, upon which an energy surge destroys several cars around him. He hides his sword just as police swarm the exit to the garage, and arrest Connor. 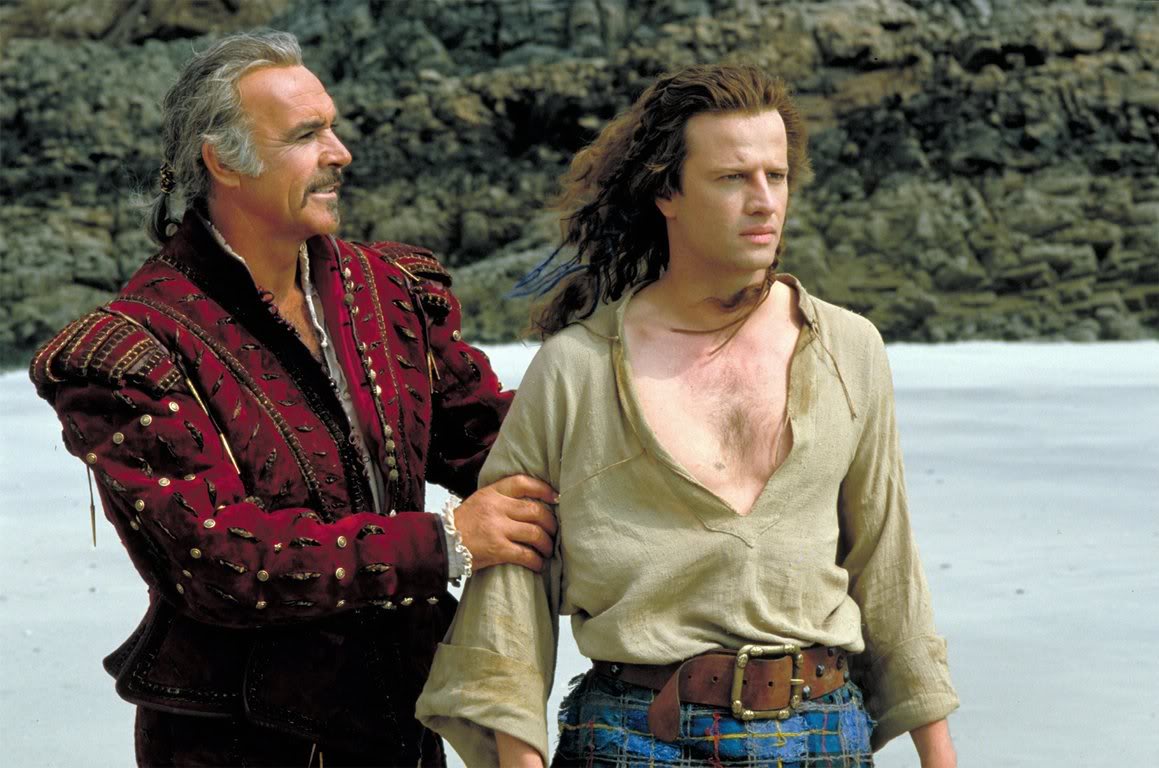 The story then goes back in time to the 16th century Scottish Highlands, in the village of Glenfinnan on the shores of Loch Shiel. Connor and his clan, the Clan MacLeod, prepare for battle. Back in 1985, the police release Connor, as they have failed to get any information from him. One of the detectives involved, Brenda Wyatt, is an expert in metallurgy and recognises Fasil’s sword as an extremely rare Toledo Salamanca broadsword. Later, Connor returns to the garage to retrieve his own sword but sees Brenda is looking at the crime scene. She finds metal shards embedded in a concrete column and saves them for analysis.The scene returns to the Highlands, where the Kurgan assists the clan Fraser against the Clan MacLeod in exchange for the sole right to slaying Connor. In the resulting confrontation the Kurgan stabs Connor but is then driven off by the MacLeod clansmen. The wounded Connor is taken back to the village, and everyone assumes he will die. When he makes a remarkable overnight recovery, the village is convinced that it is the work of the devil. The villagers attempt to have Connor executed, but he is instead exiled by the clan leader out of mercy. 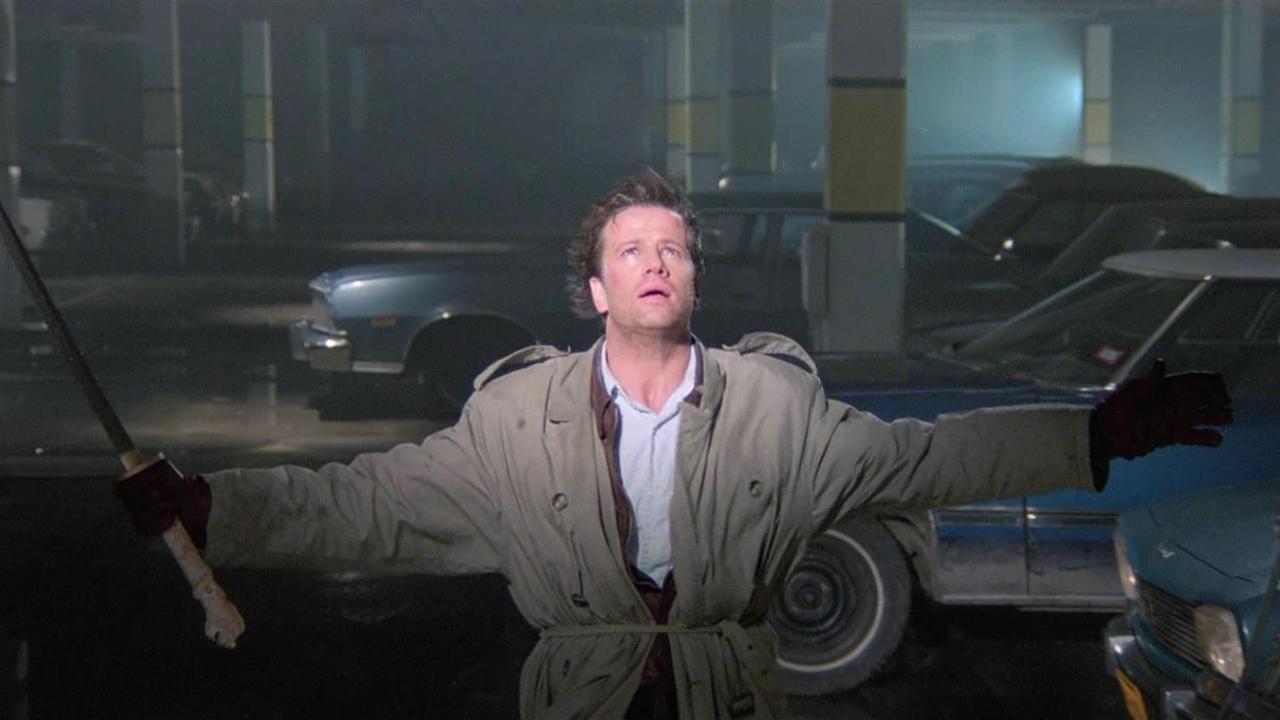 In 1985, Connor lives under the alias Russell Nash and is a wealthy antiquities dealer. Meanwhile, the Kurgan takes up residence at a seedy motel. Connor tails Brenda to a bar, but she leaves quickly. She then tails Connor, but the Kurgan attacks them both. The fight is interrupted by a police helicopter, and everybody flees. Brenda analyzes the metal fragments and discovers them to be from a Japanese katana, dated about 600 B.C. but made with advanced technology for the era. She makes a date with Connor in an attempt to entrap him. Connor recognises the ruse, tells her to stop digging, and leaves. 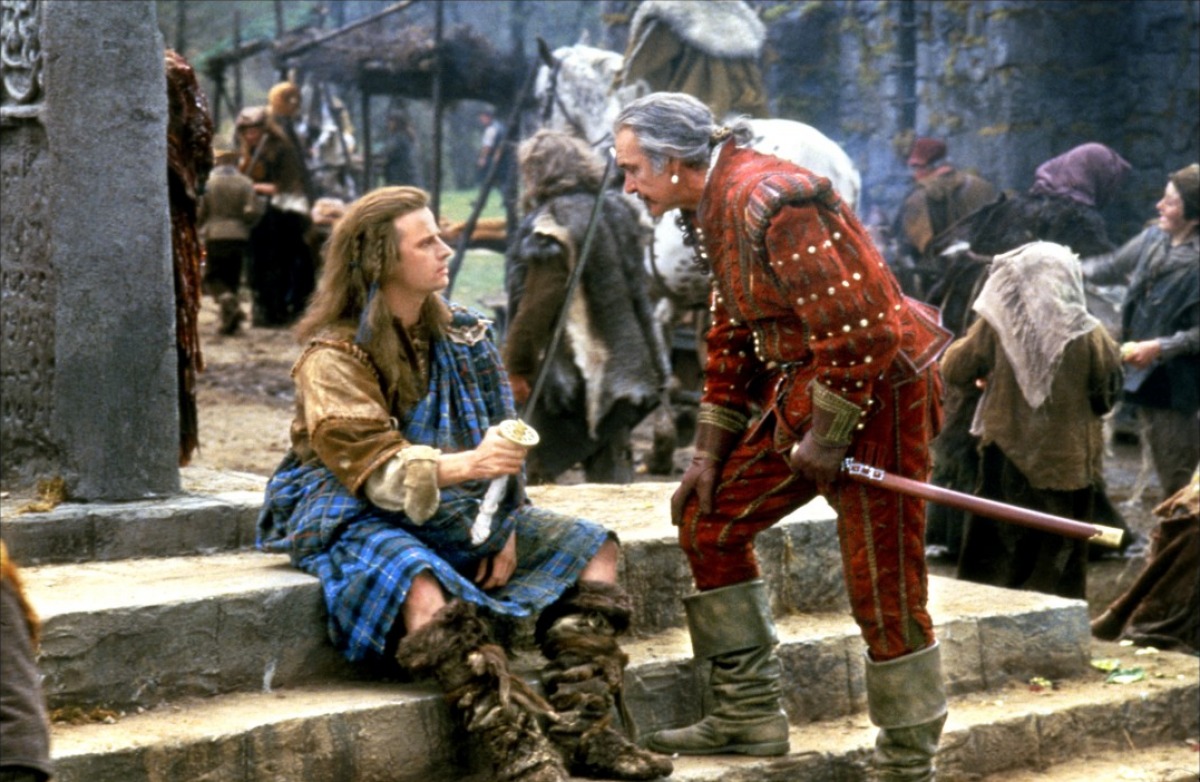 In the past, Connor lives an idyllic life with his wife Heather. One day, the mysterious Juan Sánchez Villa-Lobos Ramírez appears and begins training Connor in sword fighting. He explains that they both belong to a group of immortals, who constantly fight one another but can only be killed by complete decapitation. When one immortal decapitates another, the winner receives a transfer of power called “the quickening”. Eventually, all the immortals must do battle until there is only one left alive; the last survivor will receive “the Prize”. Ramirez tells Connor that the Kurgan, by that time the strongest of the immortals, must not win the Prize, or mankind will enter a dark age. One night, while Connor is away, the Kurgan attacks, decapitating Ramirez and raping Heather.In Central Park, Connor meets a long-time friend, fellow immortal Sunda Kastagir. They talk about the impending gathering of immortals which precedes the final battle, and they joke about old times. Brenda has by now discovered that Connor has been alive for centuries, living under false identities, faking his death every few decades, signing his assets over to children who had died at birth, and assuming their identities. She confronts Connor, who demonstrates his immortality. After this revelation, Brenda and Connor become lovers, although Connor is reluctant, following a flashback in which Connor’s wife, Heather, dies of old age in his arms. Ramirez has earlier explained that immortals cannot have children and should not get romantically involved. Ramirez reveals his Japanese katana was made specifically for him by the father of his third wife.

The Kurgan finds Kastagir, killing him and wounding a man who witnessed his beheading. When the Kurgan finds out about Connor’s relationship with Brenda, he kidnaps her to draw Connor out. After a climactic battle at the Silvercup Studios in Queens, Connor defeats and beheads the Kurgan. He receives the Prize, which manifests itself as a massive quickening. Now mortal and capable of having children, Connor returns to Scotland with Brenda. Connor now has awareness of people’s thoughts around the world, and promises to use his gift to encourage cooperation and peace in mankind. 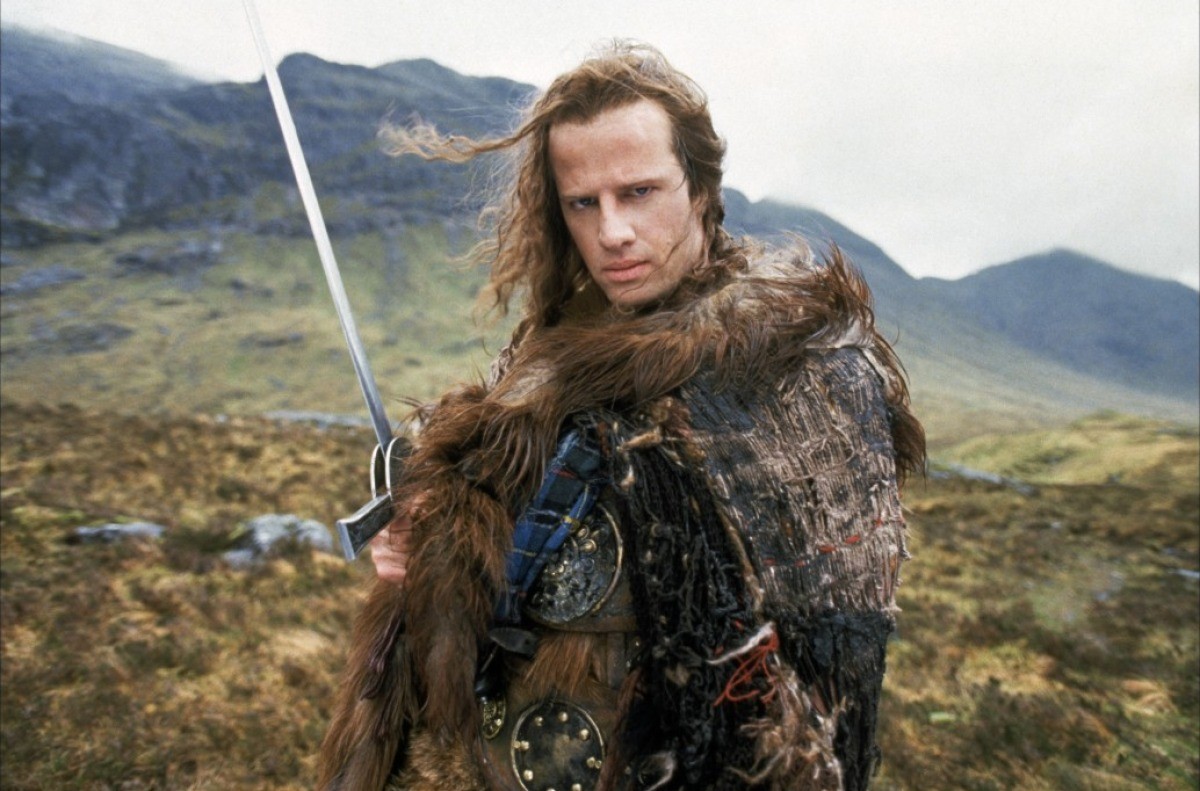 What a fine 1980s film and a chance to see the sadly missed Sean Connery at his immaculate best. Furthermore Christopher Lambert is brilliant in the lead. This is the film that started the beloved franchise.