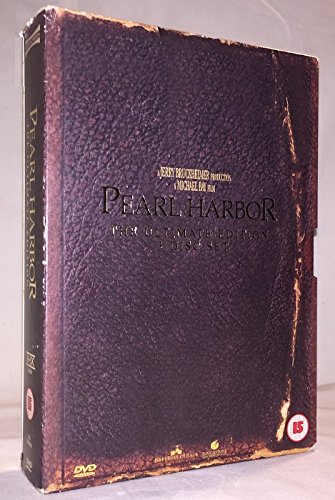 In 1923 Tennessee, two young boys, Rafe McCawley (Jesse James) and Danny Walker (Reiley McClendon), play together in the back of an old biplane, pretending to be soldiers fighting the Germans in World War I. After Rafe’s father lands his biplane and leaves, Rafe and Danny climb into the plane and Rafe accidentally starts it, giving the boys their first experience at flight.Eighteen years later, in January 1941, Danny (Josh Hartnett) and Rafe (Ben Affleck) are both first lieutenants under the command of Major Jimmy Doolittle (Alec Baldwin). Doolittle informs Rafe that he has been accepted into the Eagle Squadron (a RAF outfit for American pilots during the Battle of Britain). A nurse named Evelyn (Kate Beckinsale) meets Rafe and passes his medical exam despite his dyslexia. That night, Rafe and Evelyn enjoy an evening of dancing at a nightclub and later a jaunt in New York harbor in a borrowed police boat. Rafe shocks Evelyn by saying that he has joined the Eagle Squadron and is leaving the next day.Danny, Evelyn and their fellow pilots and nurses are transferred to Pearl Harbor. Meanwhile, Rafe flies in numerous dogfights with the RAF against the Luftwaffe, but is shot down over the English Channel and presumed to be killed in action. Danny gives Evelyn the news and she is devastated. Three months later, Evelyn and Danny develop feelings for each other. On the night of December 6, Evelyn is shocked to discover Rafe standing outside her door, having survived his aircraft crash. He goes to the Hula bar where he is welcomed back by his overjoyed fellow pilots. Danny finds Rafe in the bar with the intention of making things right, but the two get into a fight.Early the next morning, on December 7, 1941, the Japanese navy begins its attack on Pearl Harbor. The two pilots drive away in search of a still standing airfield, while Evelyn and the other nurses rush for the hospital. The nurses struggle to give emergency treatment to hundreds of injured. Rafe and Danny manage to get in the air in two P-40s, shooting down seven Japanese Zeros. The next day, President Franklin Delano Roosevelt (Jon Voight) delivers his Day of Infamy Speech to the nation and asks the US Congress to declare a state of war with the Empire of Japan. The survivors attend a memorial service to honor the numerous dead, including fellow nurses and pilots. Later, Danny and Rafe are assigned to travel stateside under newly promoted Lt. Colonel Doolittle for a secret mission. Before they leave, Evelyn reveals to Rafe that she is pregnant with Danny’s child and that she will remain with Danny.Upon their arrival in California, Danny and Rafe are both promoted to Captain and awarded the silver star. Doolittle asks them to volunteer for a top secret mission, which they both accept. During the next three months, Rafe, Danny and other pilots train with specially modified B-25 Mitchell bombers. In April, the raiders are sent towards Japan on board the USS Hornet, and are informed that their mission will involve bombing Tokyo and then landing in China. However, the Japanese discover them early, forcing the raiders to launch from a longer distance than planned. After a successful bombing run against Tokyo, the raiders crash-land on Japanese-occupied territory in China in a rice paddy. The Japanese Army pin down Rafe’s plane, but Danny’s crew flies over and shoots the Japanese patrol before crashing.Danny is shot during the attack by Japanese patrols while the other pilots, Red (Ewen Bremner) and Gooz (Michael Shannon), kill off the remaining Japanese patrolmen. Before dying, Danny tells Rafe that he will have to be the father. Upon his return home, a visibly pregnant Evelyn sees Rafe getting off the aircraft, carrying Danny’s coffin. Afterward, Evelyn and Miller are awarded medals, while Rafe is awarded his medal by President Roosevelt. Rafe and Evelyn, now married, visit Danny’s grave with Danny and Evelyn’s infant son, also named Danny. Rafe and baby Danny then fly off into the sunset in the old biplane that his father had.I really enjoyed the movie, and recommend it to anyone that is looking for a great story. Although if your looking for a historically accurate film then this wont be for you. 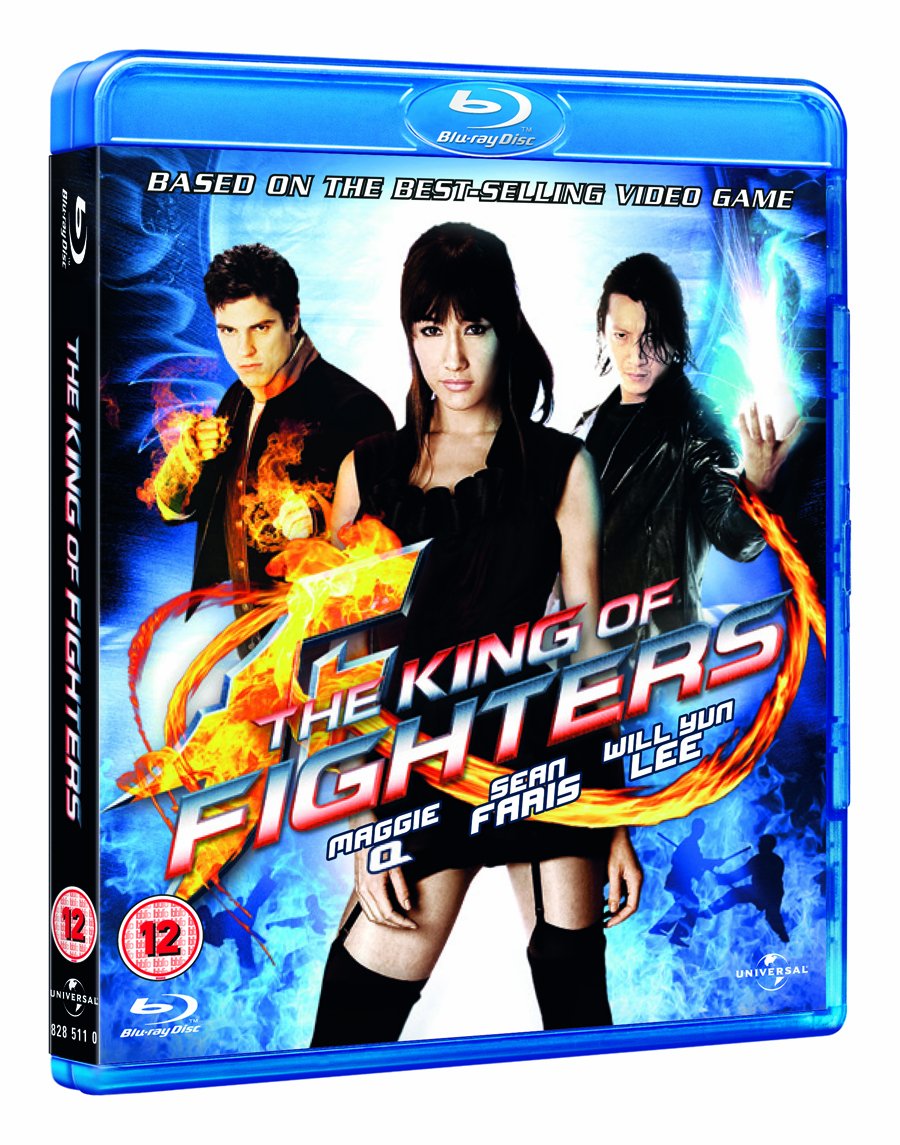 At a museum in Boston, Rugal Bernstein steals three relics: The Kagura Mirror, the Yagami Necklace and the Kusanagi Sword. He uses them to disappear into a dimensional portal to awaken the mythical entity known as the Orochi, which grants limitless powers. The sword is revealed to be a fake and the quest is delayed. Mai Shiranui is told by an injured Chizuru Kagura the real sword is with Saisyu Kusanagi at a mental institution. She is warned she must defeat Rugal and her boyfriend, Iori Yagami, should not be involved. At the institution, Mai meets a catatonic Saisyu and his son, Kyo, but Iori’s presence suddenly breaks Saisyu’s catatonic state, and the elder Kusanagi threatens to kill Iori before losing consciousness and dying. 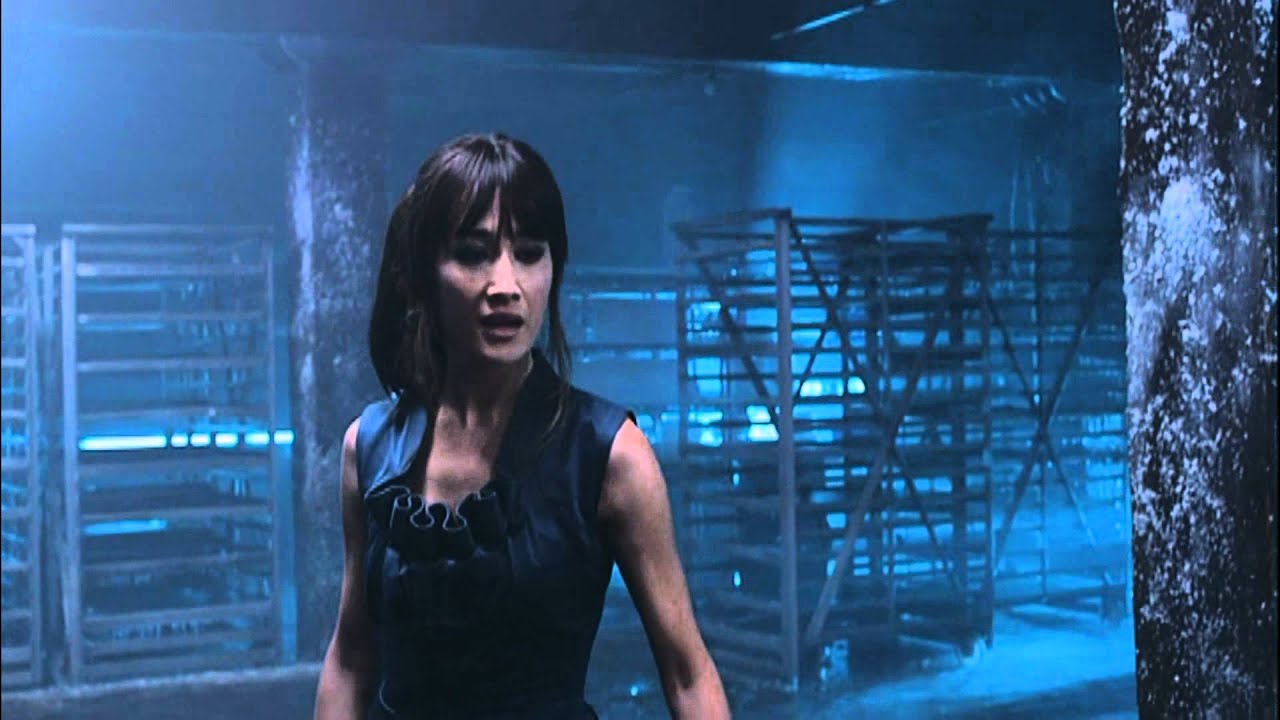 At another hospital, Chizuru is recovering from her injury and is informed by her colleague, Scott, that Rugal has altered the King of Fighters database and issued challenges to fighters around the world. CIA agent Terry Bogard enters Chizuru’s room, demanding information on Rugal’s whereabouts and the tournament. She tells that different dimensions exist, but he does not believe. Chizuru tells Terry to go to Seattle and ask Mai, who is an undercover operative sent by the CIA to infiltrate Chizuru’s organization a year ago. 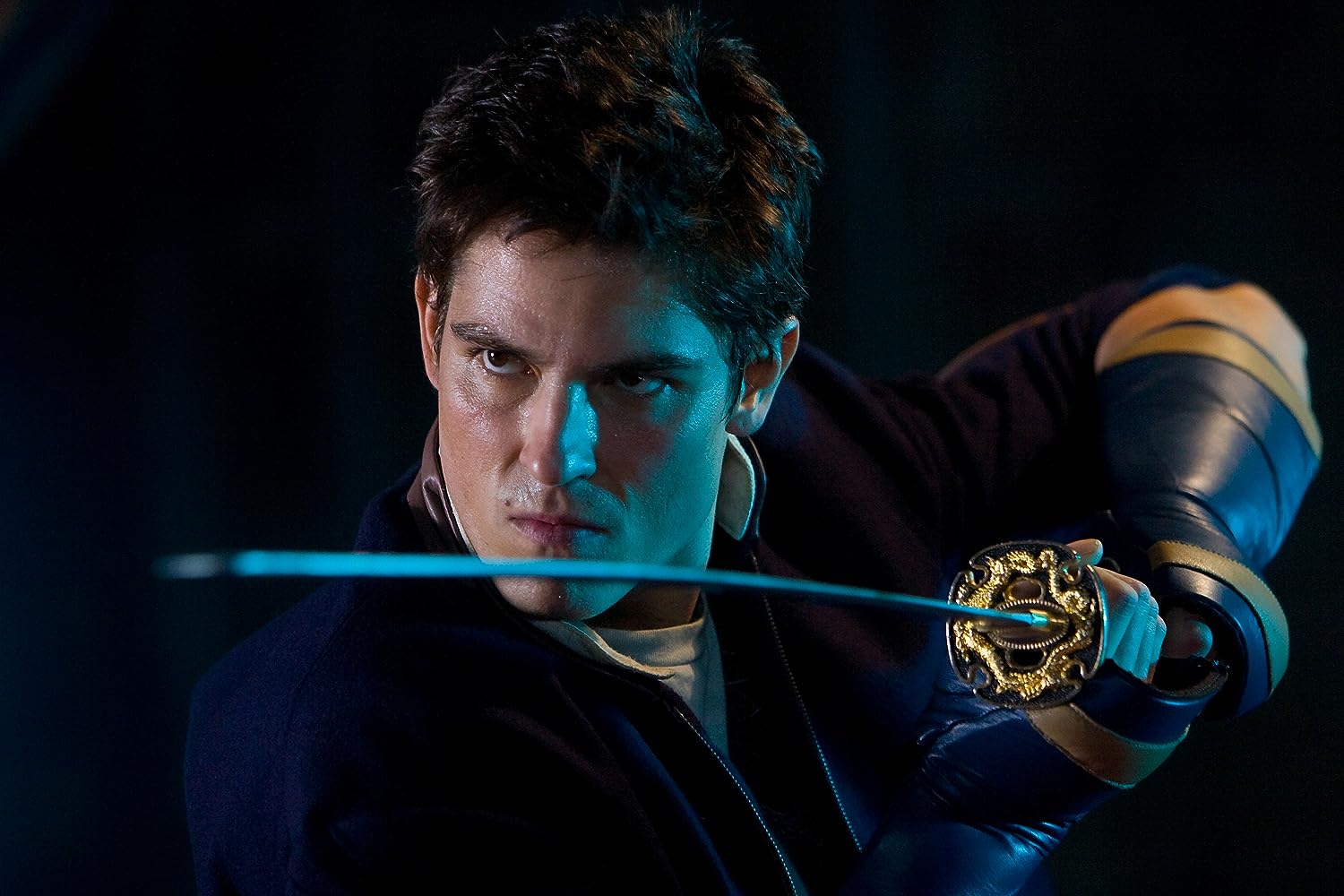 At a cemetery in Seattle, where Saisyu is buried, Kyo and Iori confront each other. Iori explains that both Kusanagi and Yagami clans were destined to be enemies. Mai hitches a ride with Kyo to his home, where she explains that she is looking for the Kusanagi Sword. Kyo tells her that centuries ago, a Yagami ancestor attempted to release the Orochi, but it consumed him with murderous rage. Kyo’s ancestor killed the Yagami and returned the Orochi into its world. Mai tells Kyo that Rugal is out to unleash the Orochi. Kyo wants to confront Rugal, who destroyed his father’s mental state. 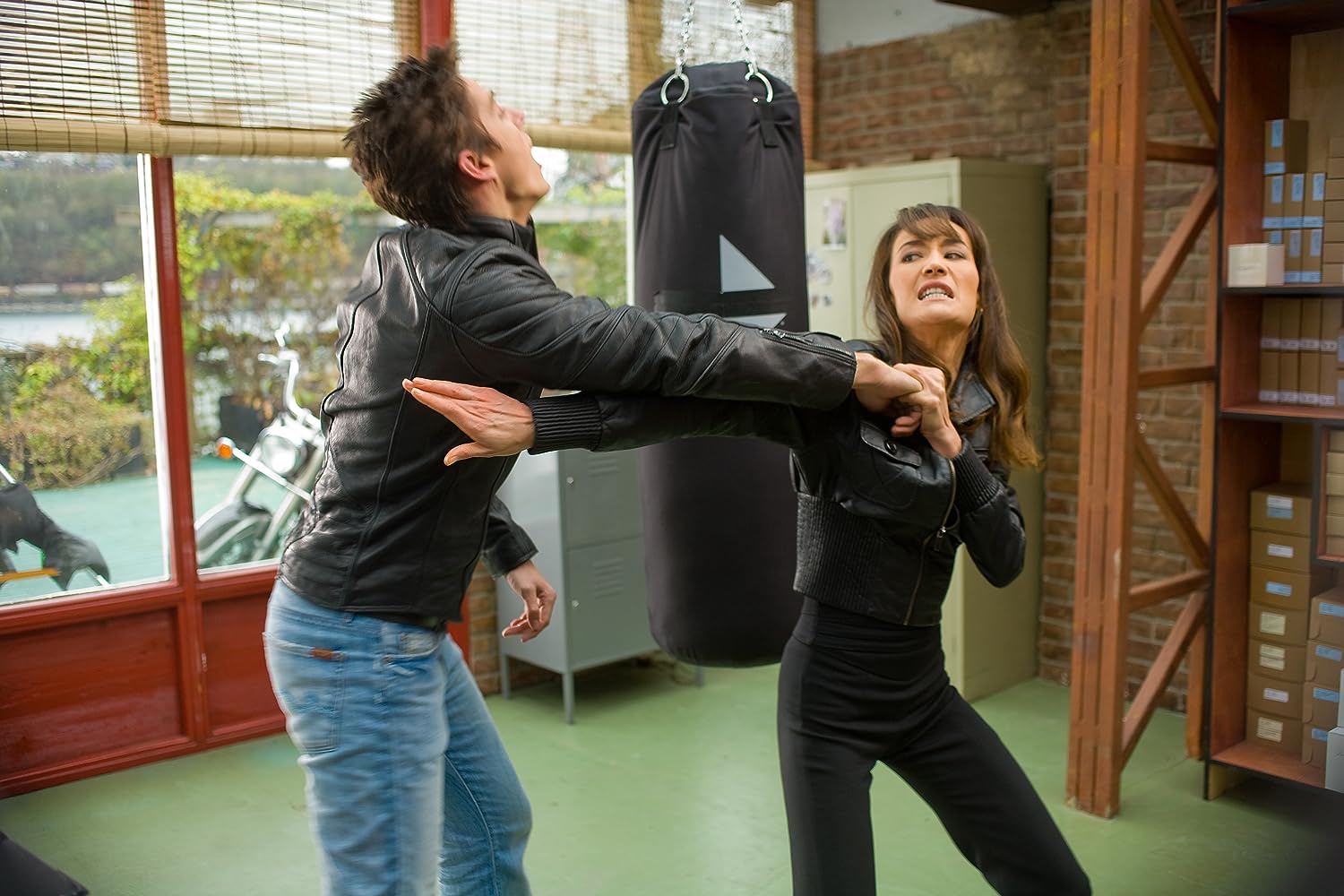 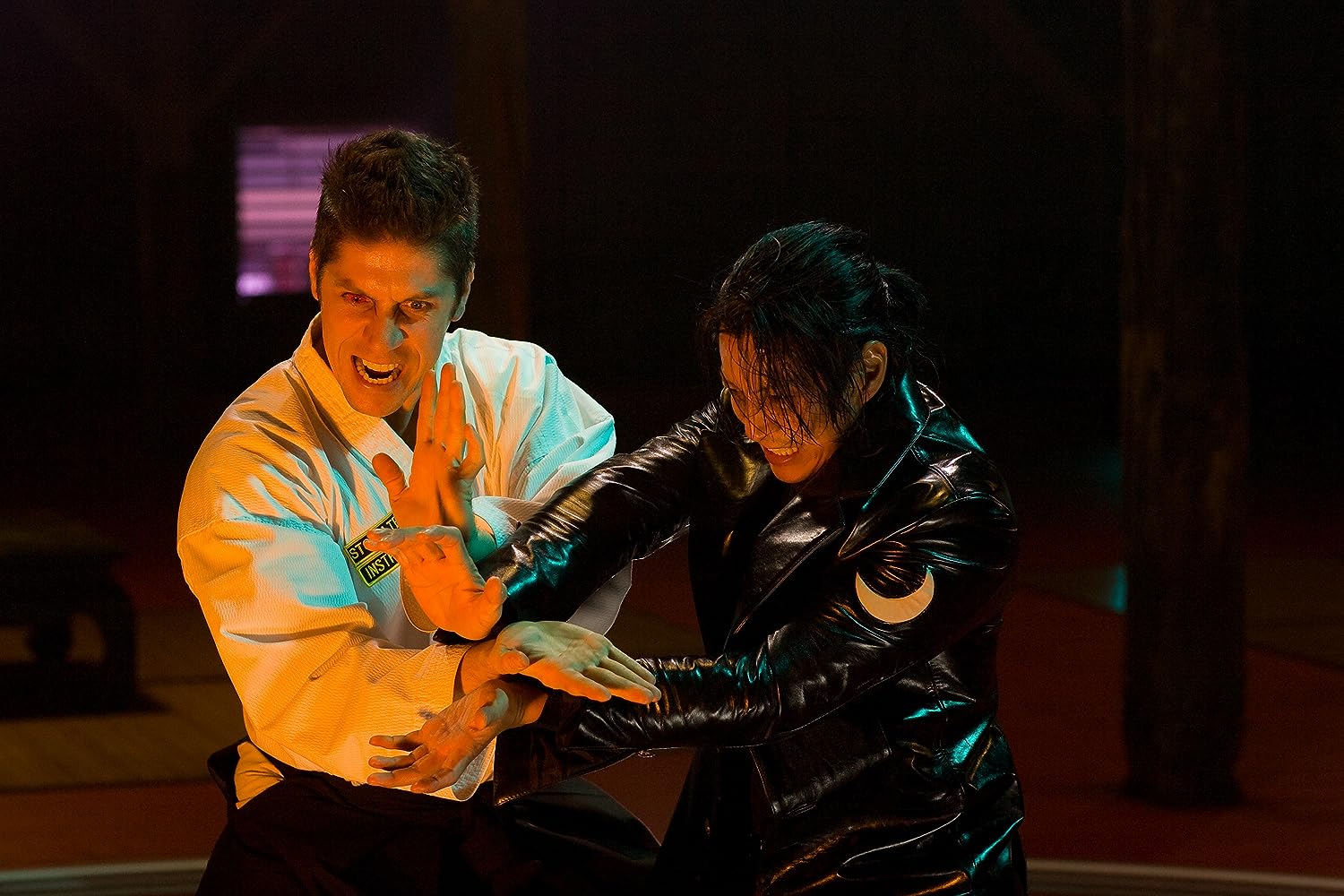 The next day, Kyo is lured into the tournament dimension, where he first fights Rugal and loses, but is allowed to live as a warning. Kyo brings out his ancestral sword and joins Chizuru and Terry into the tournament after Mai is dragged in by Rugal. When the four meet up, they are separated into different dimensions, with Kyo fighting Rugal, and Mai and Terry facing Mature and Vice. Rugal is about to decapitate Kyo, when Iori appears and intervenes. Rugal reveals to Kyo that several years back, he battled Saisyu, Chizuru and Iori over control of the Orochi. During that fight, Iori allowed the Orochi to take over his body, defeating Rugal, but also destroying Saisyu’s mental state by bashing his head against a wooden barrier several times. This leads to a fight between Kyo and Iori. Kyo slashes Iori in the back, releasing the Orochi from his body.

Disappointed by the outcome of the fight, Rugal sends Kyo, Iori and Mai into another dimension to face them with his full potential. Chizuru and her multiple clones appear, revealing that she has found the mirror and the necklace. The heroes fail in their first attempt to combine the relics and trap Rugal, with Chizuru mortally wounded. Mai takes her place as the mirror holder, but as she, Kyo and Iori corner Rugal, they are once again overcome by his powers. Rugal destroys Kyo’s sword, but as he is about to finish him off with a fireball, Kyo magically generates a new sword to block it. He then throws the sword and destroys Rugal. 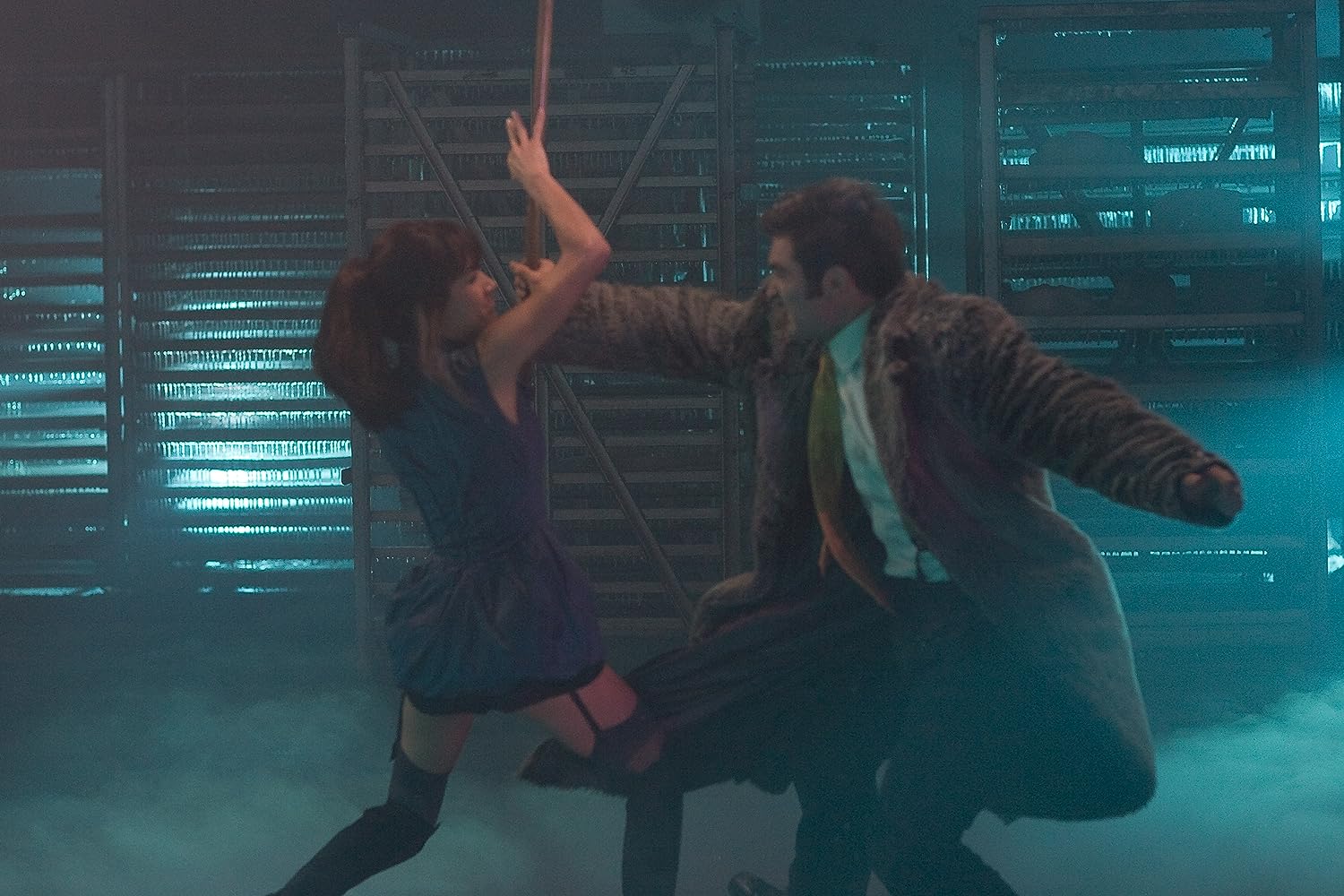 Back in the real world, Scott places a lantern on the ocean in memory of Chizuru. Kyo decides to keep the family tradition by continuing with the tournament. He reflects on his late father’s teachings while Iori stares at him from the other side of the pier.

if your looking for a film, with a strong story, with nicely played out characters, with enough action and explanations or just generally enjoy some good fight scenes, then i recommend this film to you,