Having just finished watching this Sentai Series (Season 36). I thought I would take a look back at the 50 episodes. I know that in Japan this season was not as well received as Gokaiger was, But I liked it.

Thirteen years ago in the New Common Era calendar, the computer controlling the newly discovered energy source called Enetron was infected by a virus that caused it to create the evil energy being known as Messiah who wishes to take over mankind and create a world made for machines. Though sent into subspace by the scientists’ sacrifice, Messiah’s actions established the formation of the Energy Management Centre’s Special Ops Unit from three children who were caught in the crossfire, the Go-Busters, and their Buddyloids.

In the present, 2012 NCE, a mysterious figure named Enter leads a group called Vaglass on incursions to gather enough Enetron to bring Messiah back. However, training for this day, the Go-Busters and their Buddyloids are deployed to combat Vaglass’s Metaloids and Megazords to protect the city’s Enetron from them. Later joined by Masato Jin and his Buddyloid Beet J. Stag, the Go-Busters’ resolve is strengthened once they learn the true nature of their enemy and the horrors that would result should Messiah enter their world.

I thought the cast were very likeable, the story arcs seemed a little stretched at times, but still fun.

The highlights for me were

The Introduction of Masato who had been stuck in subspace, only to be free through an avatar he created, thou his body forever remained in the subspace dimension.

The Arrival of Escape played by the gorgeous Ayame Misaki, an Avatar assassin who seeks the ultimate opponent. 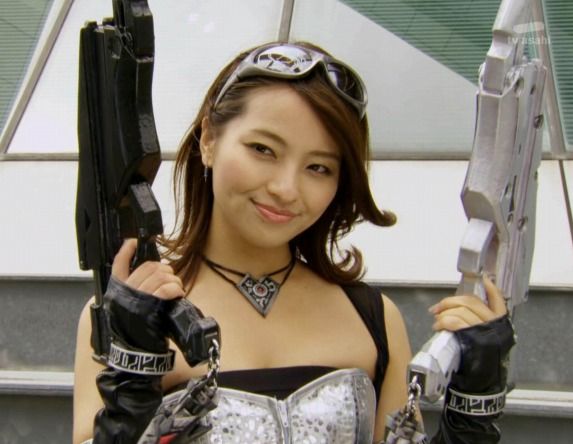 The final story arc where Enter becomes Dark Buster, and Masato making the ultimate sacrifice to destroy Enters backup, even I shedded a tear when I watched it. The references to the American Power Rangers were very welcome to the western audience; it’s a shame that they skipped an adaptation of this season and went to the next. I myself would love to see this adapted but sadly it’s not to be. All in all an excellent addition to the Sentai and next up will be season 37