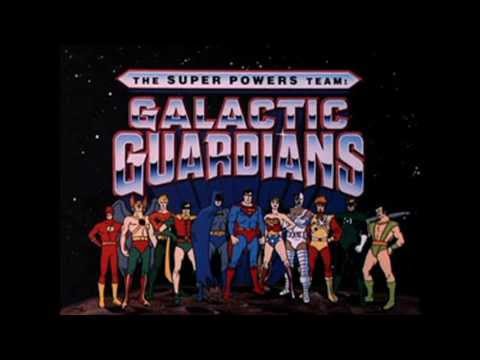 A look at what makes this incarnation vastly superior to prior efforts reveals a cast of individuals who would continue going on producing beautiful DCAU efforts even up through today: Andrea Romano (Batman: Animated series, Batman Beyond, Justice League, JL Unlimited, The Batman) directs the voice talent here and story editor Allan Barnett (The Batman) appears on the roster as well. Clearly this show was the stepping-stone to what would eventually become the DCAU as we know it today. Plus, thanks to reworked character models from none-other than famed comic artist José Luis García-López, the team received a much-needed makeover which coincided with DC comic books at the time.

The writing matured to include much more space-scenarios with  an improved scientific understanding throughout. Rather than carbon copy characters in different costumes, for the first time we receive individual personalities, struggles, and conflicts of each of the members of the Justice League of America (which are renamed the Super Powers Team here to better reflect Kenner’s corresponding toyline).

The villains are given their proper due as well and, much to my appreciation, are used to near perfection. The Penguin, Lex Luthor, Brianiac, Darkseide, Felix Faust, The Royal Flush Gang, and even the Scarecrow make wonderful appearances. The show’s writers seemed also to finally have figured out that the only way to balance out a cast as diverse and powerful as the Justice League, separation is a necessity (a technique later mastered in Justice League). Many episodes focus on only one or two members of the Team which allows for far better story arcs and character development. Gone are the Wondertwins  and signed on is Cyborg who, like his comic book character, is quite well done and allows the younger set an opportunity for appreciation.

Episodes that stand out are The Fear, whereby for the first time we receive a Superfriends episode with our heroes out of costume and also Bruce Wayne’s backstory masterfully told without ever showing a gun onscreen. Death of Superman also comes on strong considering just a few short seasons earlier the word death was strictly prohibited. Here it shows up in the very title of one of the episodes which just so happened to be one of the hottest selling comic books of the era. In conclusion, The Super Powers Team: Galacatic Guardians was perhaps the biggest step in the right direction for the Superfriends franchise possible. Sadly this would be the last series but at least it went out on a high.