Dairanger, much like its successor Ninja Sentai Kakuranger, is one of the Super Sentai series that has had a more interesting history in the West. While in Japan in was the seventeenth instalment in the franchise (following on from Kyōryū Sentai Zyuranger) it has no direct Power Rangers adaptation, the monster/mecha footage instead being incorporated into the second season of Mighty Morphin’ Power Rangers. The show aired between 1993 and 1994 for a total of 50 episodes and one movie. 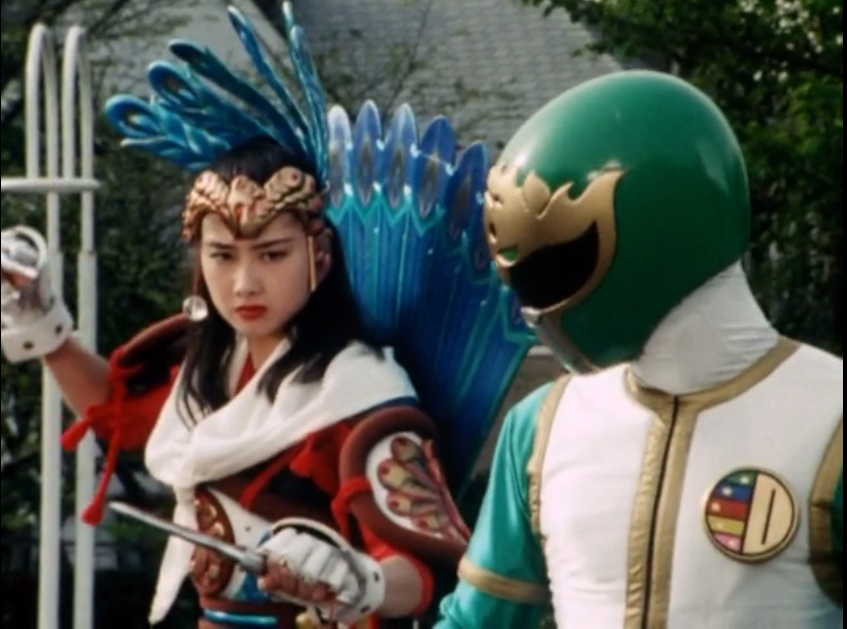 Eight thousand years ago, the Daos Civilisation flourished in Southern China. It was made up of three separate tribes – the Dai tribe, the Shura (who went on to become modern day’s humanity) and the Gorma. However one day the Gorma tribe decided to take over both the Daos and the world itself, leading to a 5000 year war between the Dai and the Gorma. The Dai defeated the Gorma, whose magical powers granted them the ability to turn into monsters, with the help of five Dai warriors whose high Qi powers allowed them to control the five mythical Qi beasts.

Years later, the Gorma reappear on Earth and continue their plans for conquest. In retaliation, the mysterious Master Kaku assembles a team of five youths with high Qi levels to become the new Dairangers. These five are Ryo of the Heavenly Fire Star (Ryu Ranger), Daigo of the Heavenly Illusion Star (Shishi Ranger), Shoji of the Heavenly Gravity Star (Tenma Ranger), Kazu of the Heavenly Time Star (Qilin Ranger) and Rin of the Heavenly Wind Star (Houou Ranger). During their battles, they are told they will soon be joined by a sixth Dairanger. This is none other than Kou of the Howling New Star (Kiba Ranger), a nine year old boy who comes from both Dai and Gorma blood. 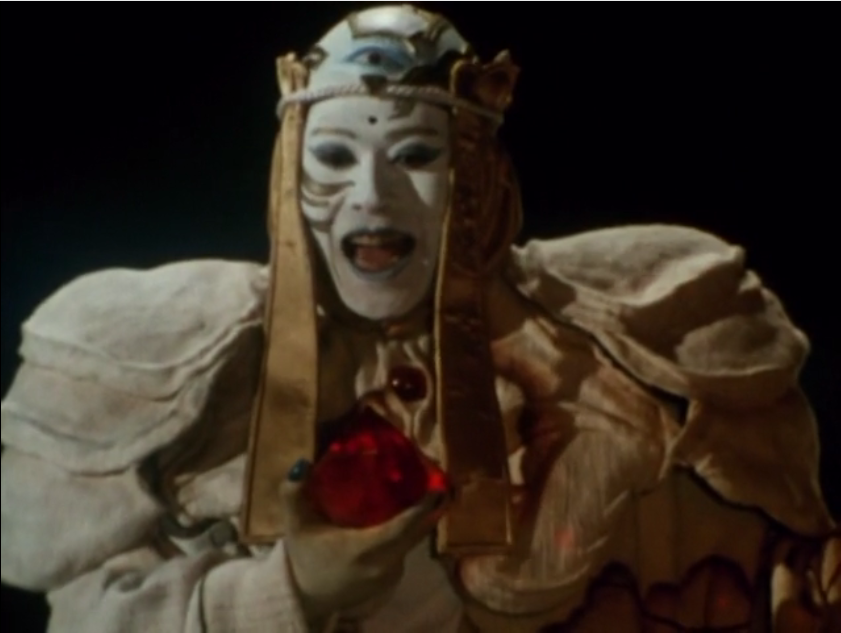 Gosei (which translates as Five Star just in case you were curious) Sentai Dairanger draws heavily on Chinese mythology and martial arts for its motif. The helmets feel somewhat more elegant than usual (with detailed gold designs and unique mouth-plates for each ranger) and the suits effectively blending the member’s core colour with gold and white. Each ranger used their own unique fighting style (a long with various supernatural Qi powers) which came some impressive battle poses during the transformation roll call. One highlight of the show comes towards the end when the actors manage to pull off some of these complicated poses for an out-of-suit roll call. 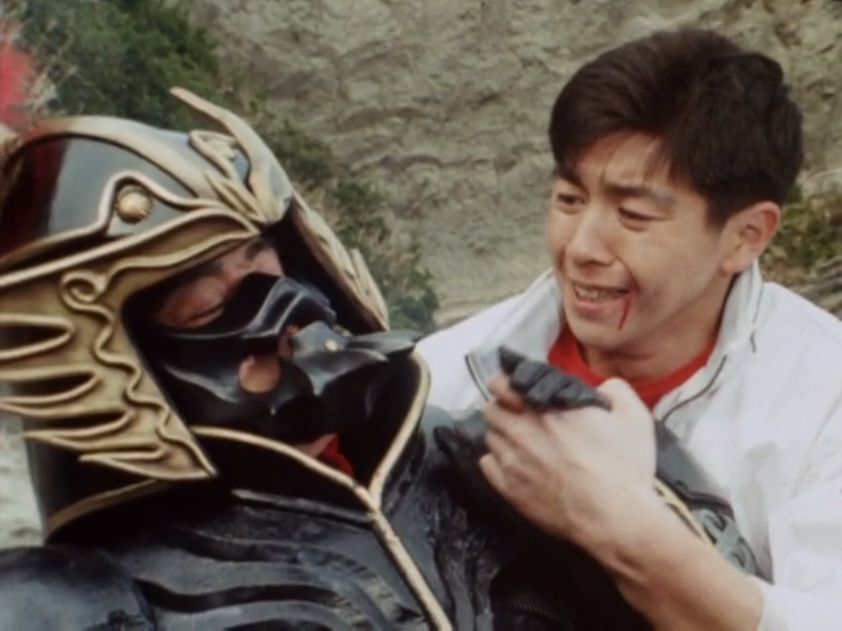 Kou is a particularly interesting character. As an nine year old, he’s not the kind of person you’d expect to see as a ranger, and this really shows in his early episodes. The abuse of his powers can feel a little awkward to watch at first, but its worth sticking with as he grows perhaps the most of the entire cast. His back story is both deep and interesting.

Dairanger has quite a lot of secondary characters, who each offer something reasonably integral to the story and one team member’s plot thread. These range from dark karate master Jin Matoba to comedy relief monster trio “The Three Gorma Stooges”.  Alongside with its brilliant costume aesthetic, Dairanger also displays some great mecha designs. Initially the team start with only RyuseiOh, Ryo’s dragon Qi beast which also has the ability to transform into its own robot mode. 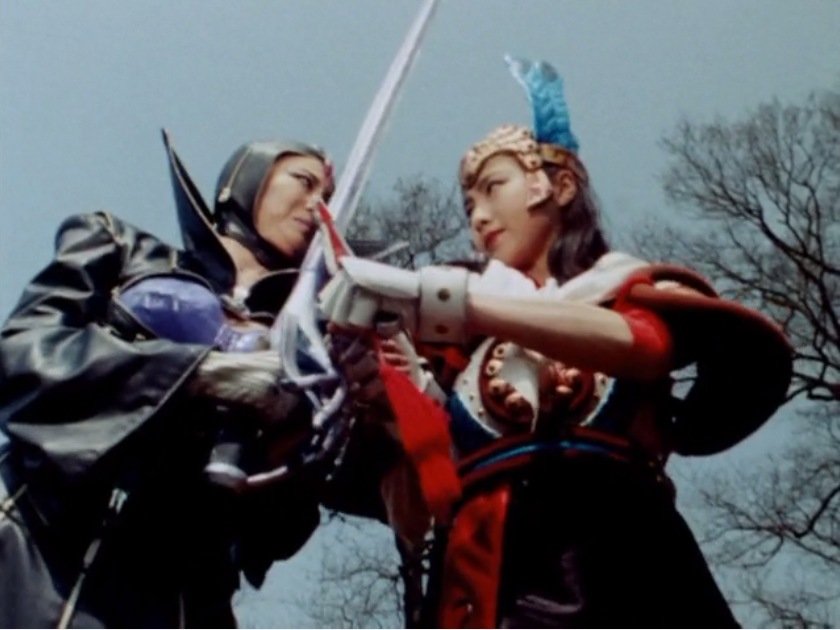 When the other four receive their Qi beasts, they have the ability to combine into DairenOh (as well as the lesser used Tenku Qi Den formation). DairenOh is a nice contrast to the lighter, more manoeuvrable RyuseiOh, giving Dairanger a good balance between light and heavily armed mecha. When Kibaranger arrives on the scene with his Won Tiger (which also has the ability to transform into its own singular battle mode), RyuseiOh appears in the spotlight a lot more frequently as the KibadaiOh (Won Tiger plus the Sei-Shishi, Sei-Tenma, Sei-Qilin and Sei-Houou Qi beasts) is shown off. Finally the arsenal is rounded off with Daimugen, a giant turtle which has an upright mode and serves the final component in the mecha’s ultimate combination –  Juukou Qi Den. Juukou Qi Den does suffer from a few problems though – Won Tiger is almost entirely hidden in the combination .