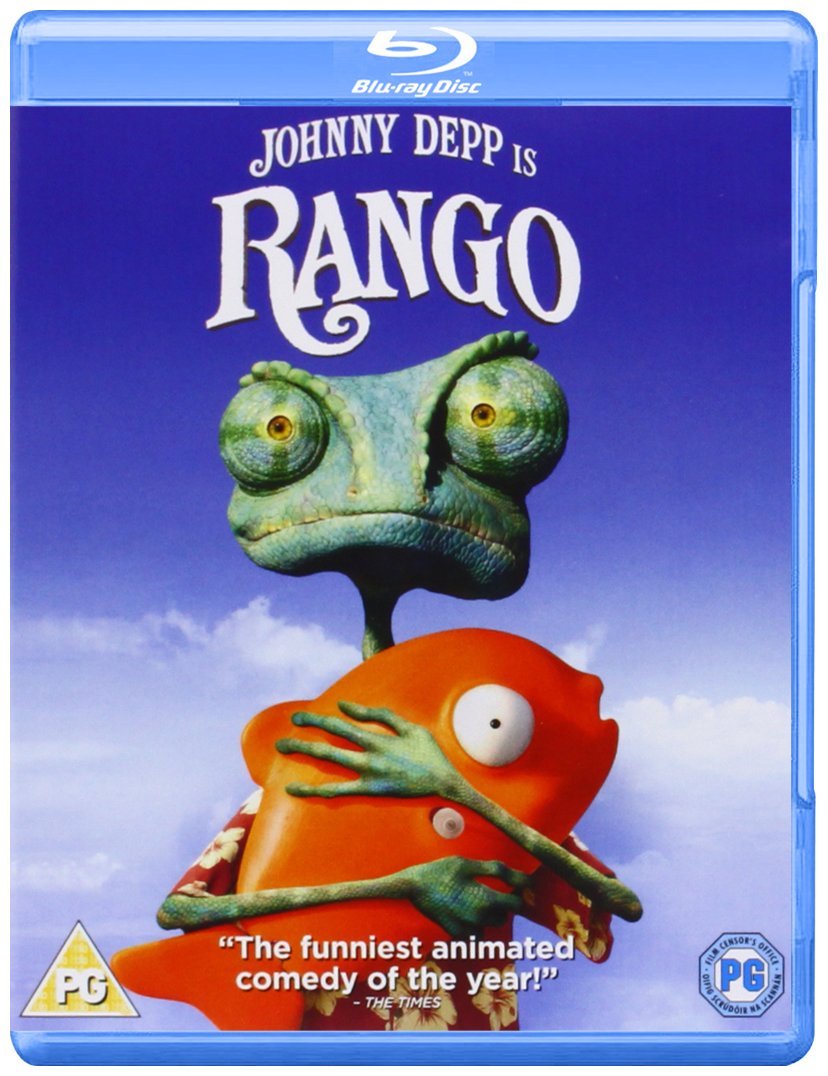 A pet chameleon (Johnny Depp) becomes stranded in the Mojave Desert of Nevada after his terrarium falls from his owners’ car by accident. He meets an armadillo named Roadkill (Alfred Molina) who is seeking the mystical “Spirit of the West”. While wandering the desert, he narrowly avoids being eaten by a vicious red-tailed hawk before meeting the desert iguana Beans (Isla Fisher). Beans takes him to Dirt, an Old West town populated by desert animals.The chameleon presents himself to the townsfolk as a tough drifter named “Rango”. He quickly runs afoul of outlaw Gila monster Bad Bill (Ray Winstone) but avoids a shootout when Bill is scared off by the hawk’s return. Rango is chased by the hawk until he accidentally knocks down an empty water tower which crushes the predator. The town mayor (Ned Beatty), an elderly tortoise, appoints Rango as the new sheriff. Meanwhile, the townsfolk worry that with the hawk dead, the gunslinger Rattlesnake Jake (Bill Nighy), who is afraid of hawks, will return.After discovering Dirt’s water reserves—stored in the town bank inside a water cooler bottle—to be near empty, a skeptical Beans demands Rango investigate where the water has gone. That night, Rango inadvertently assists a trio of bank robbers, led by a mole named Balthazar (Harry Dean Stanton), mistaking them for prospectors. The townsfolk find their water bottle stolen the next morning, so Rango organizes a posse. During the search, they find the banker, Mr Merrimack (Stephen Root) in the middle of the desert dead, but oddly the cause of his death was drowning. The posse tracks the robbers to their hideout. They fight Balthazar’s bat-riding clan over the stolen water bottle before discovering it to be empty. The robbers profess that they found it empty, but the posse brings them to town to put them in jail while the citizens want to lynch them.Rango confronts the mayor about his buying of the land around Dirt, but the mayor denies any wrongdoing and shows Rango that he is building a modern city with the purchased land. The mayor then summons Rattlesnake Jake, who forces Rango to admit that he lied to the townsfolk and runs him out of town. Rango returns to the road where he fell from the car, crosses to the other side, and passes out. Rango wakes and meets the Spirit of the West (Timothy Olyphant), whom Rango identifies as the Man with No Name. After telling him what he did to the citizens of Dirt, the Spirit tells Rango that he must go back and set things right, telling him that “No man can walk out on his own story.”With the aid of Roadkill and mystical moving yuccas, Rango learns that Dirt’s water supply is controlled by an emergency shut-off valve in a water pipeline to Las Vegas, which the mayor has been manipulating to cause a water shortage so he could buy the land. Rango returns to Dirt to challenge Jake to a duel, a diversion so the yuccas can turn the pipeline’s valve to flood the town. Rango then holds Jake at gunpoint and makes clear his resolve. The mayor, however, forces Rango to surrender by threatening Beans’ life and locks them inside the glass bank vault to drown. He then tries to shoot Jake with Rango’s gun, intending to kill Jake along with the rest of the Old West, but the gun is empty. Rango has taken the bullet, which he uses to crack the glass and shatter the vault, freeing himself and Beans. Impressed, Jake salutes Rango and drags the mayor into the desert. The citizens of Dirt celebrate the return of the water and recognize Rango as their hero.Great animation coupled with strong characters, a good story and an inspired score, there’s a lot to love here. Even with some minor flaws too trivial to mention Rango is top-class entertainment. 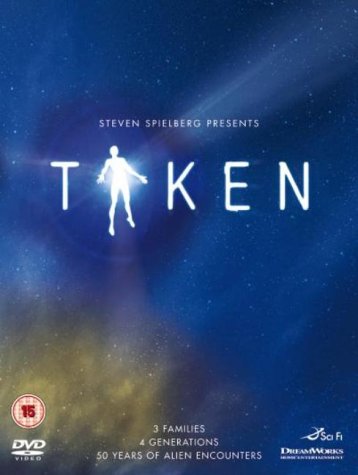 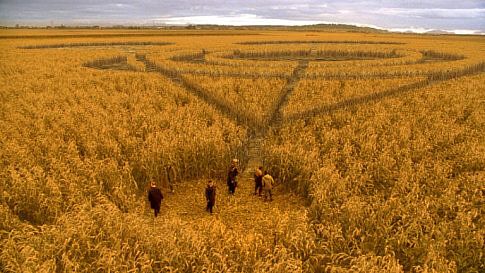 From none other than visionary Steven Spielberg comes TAKEN (2002), which I first saw during it’s initial run on the BBC. I admire the scope, ambition, and emotion attached to this entertaining mini series. 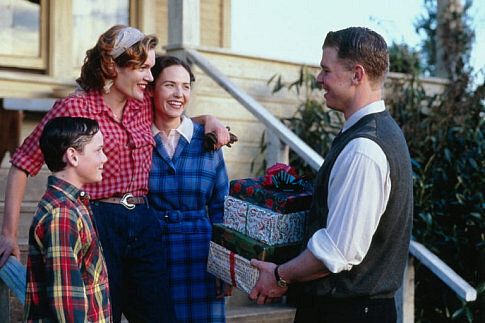 It starts off in 1944, with Russell Keys, along with his bomber crew, being ‘taken’ by an alien spacecraft during their WWII mission. The crew is experimented on, but Keys is essentially the lone survivor. Keys returns home with PTSD, not due to war, but due to the alien experience. This compels him to leave his wife and child to solve the mystery. Eventually, the aliens take Russell’s teen son Jesse Keys. The aliens obviously see an internal resolve in the Keys’ men that distinguishes them from the rest of the human race. 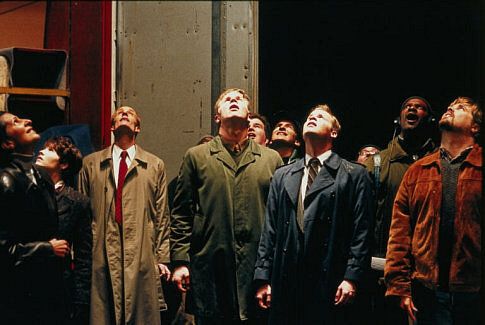 A second parallel story starts around 1947, and involves the lone survivor of a downed alien spacecraft that manages to take human form as “John” , who seeks refuge on a Texas farm owned by Sally Clarke, a hard-working waitress and single mother of two. John and Sally bond and she is impregnated, leading to a human-alien hybrid Jacob Clarke (superbly played by then-newcomer Anton Yelchin, now known for being the new Chekhov in the re-booted Star Trek franchise). 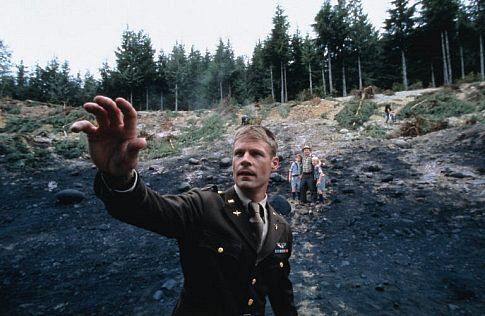 The final parallel story also starts in 1947 in the infamous Roswell, New Mexico, where the local Air Force has found John’s downed ship and his 4 alien compadres who did not survive. Backed by the government, the military takes over the super-secret project, which starts off being briefly led by Colonel Campbell and is soon taken over by his ambitious son-in-law Captain Owen Crawford (brilliantly played by Joel Gretsch), military intelligence officer. Gretsch perfectly essays the role of megalomaniacal Crawford, who runs the project with unapologetic brio. I really felt that Gretsch’s character carried the first few episodes (spanning 1947 to 1962) with strong support from the other actors. 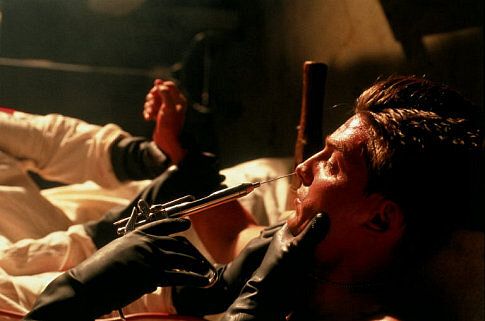 Taken’s first half  storytelling is strong, a perfect balance of science fiction, politics, speculation, and drama. One really buys into the premise that these goings-on could have actually happened. It’s definitely not fiction that many an American have reported UFO sightings and alien experiences over the years, and this miniseries is one of the better attempts at relaying this message to the viewer. 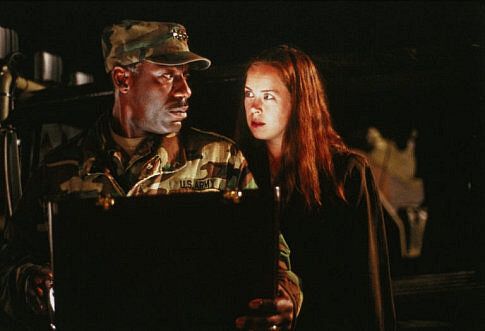 With the second half of the mini series the puzzle pieces finally start to come together to an interesting conclusion. Emily Burgl (as Lisa Clarke) and Andy Kaufman (as Charlie Keys) were commendable as the adult versions of the last respective offspring of the Clarke-Keys clans, the main highlight of the second half was  was the performance of newcomer Dakota Fanning (who plays Allie) whose wonderful narration is a key to the series overall success. She stole the show from all of her adult counterparts. 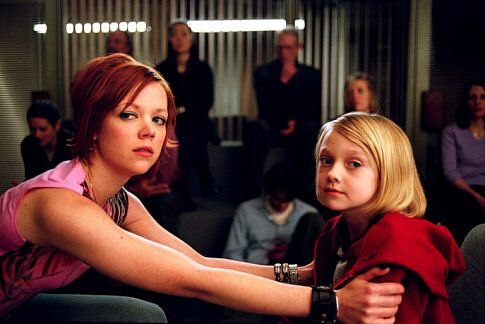 I would definitely recommend the miniseries based on ambition and overall scope and the tightly woven storytellingthe show demonstrates. It’s an epic Sci-Fi story that is intriguing and at times touching. It wasthe series that made Dakota Fanning a star.