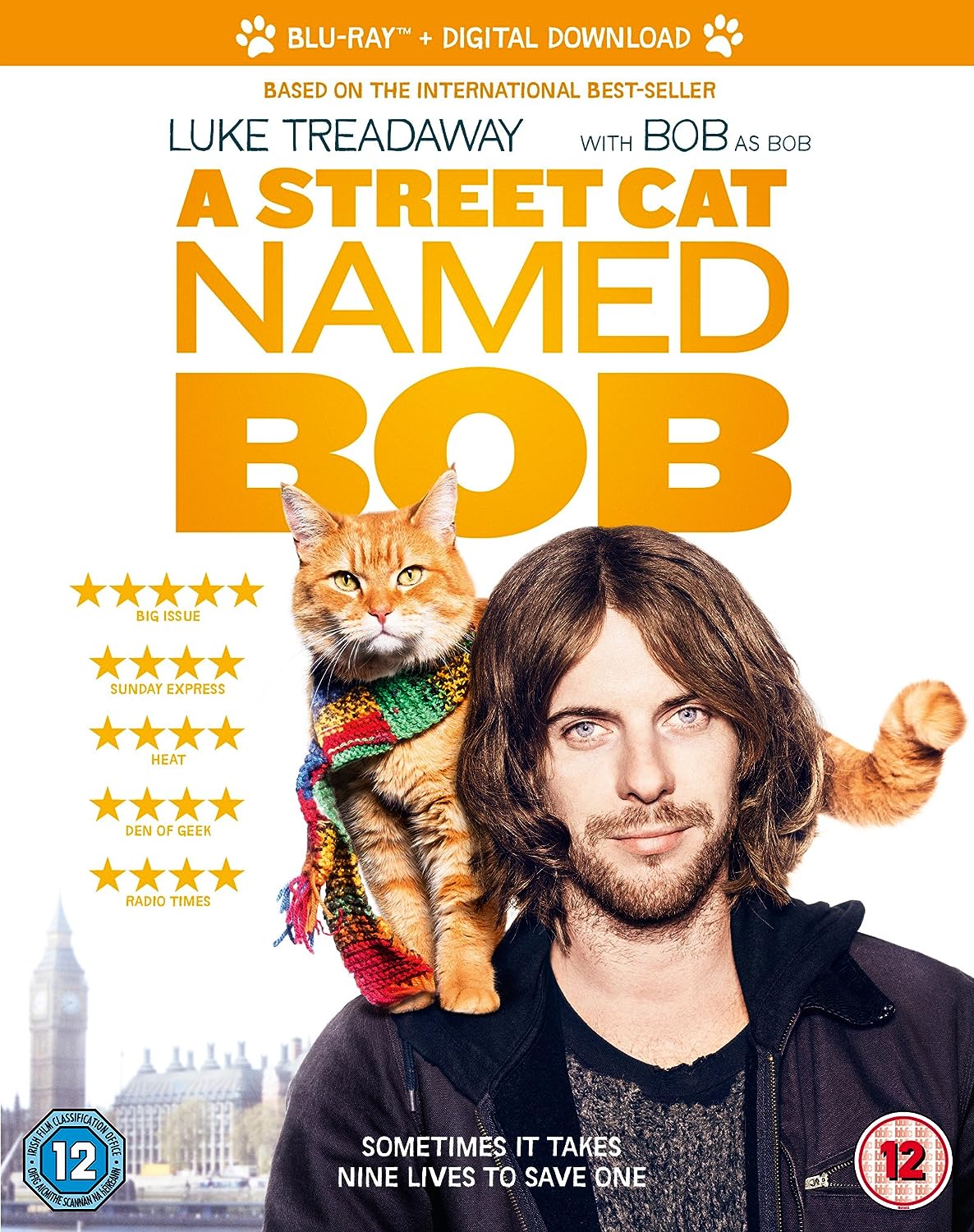 James Bowen is a homeless man and former heroin addict, living on the streets of London down to his last bits of change. After a life threatening drug-related incident, his support worker Val, in an attempt to get him off the street, gets him into a council flat and prescribes him methadone. On his first night in his flat, James discovers a cat rifling through his food. Assuming the cat had escaped from somewhere, James tries to return the cat to his real owners.

After letting him go, the same evening the cat returns to James’s flat, this time with a purulent wound on his back leg. Worried, James consults his animal-loving but allergic neighbour, Betty. She informs James of a local charity vet that she volunteers at, and names the cat Bob. Waiting on a queue at the vet, James misses a meeting with Val. After the appointment, James later gets Bob neutered and sets him free. However, Bob keeps following James into town, eventually drawing more crowds of people, making James more wealthy, and he eventually decides to keep Bob. Bob becomes a tourist hotspot, and James and Betty start to become romantically attached.

One night while returning home, James finds his old friend, Baz, unconscious on his flat estate, overdosed on heroin. Baz later dies in hospital, and James finds out that Betty cannot be around drug addicts, as her deceased brother had been one. On New Year’s Eve, James makes an impromptu visit to his biological father, Jack, his stepmother, Hilary, and his lost sisters, Pris and Faith. After Bob destroys their living room, Hilary sends James and Bob out.

One day, while busking, James gets into an argument with a yob, causing the crowd to get in a brawl with the man and James getting arrested for it. Although found innocent, he is prohibited from busking for 6 months. While in the chemist, receiving his methadone, Betty notices him. Betty and James argue and go their separate ways. Later on, James visits the offices of The Big Issue to make some more money for him and Bob. He regains his popularity with tourists by selling The Big Issue. After being accused of illegally selling magazines on another vendor’s patch, James and Bob are banned for a whole month.

After going back in business, James gets into an argument with a woman trying to buy Bob off him, losing Bob in the scuffle. Bob does not return for a few days, leaving James devastated. After Bob returns, James feels he is ready to come off the methadone. After a week of grueling withdrawal symptoms, James awakes, clean and healthy. A journalist, Mary, requests to write a book about James and Bob after his Internet and media popularity, and James agrees. James then fixes up his relationship with his father Jack, and his life turns around for the better. 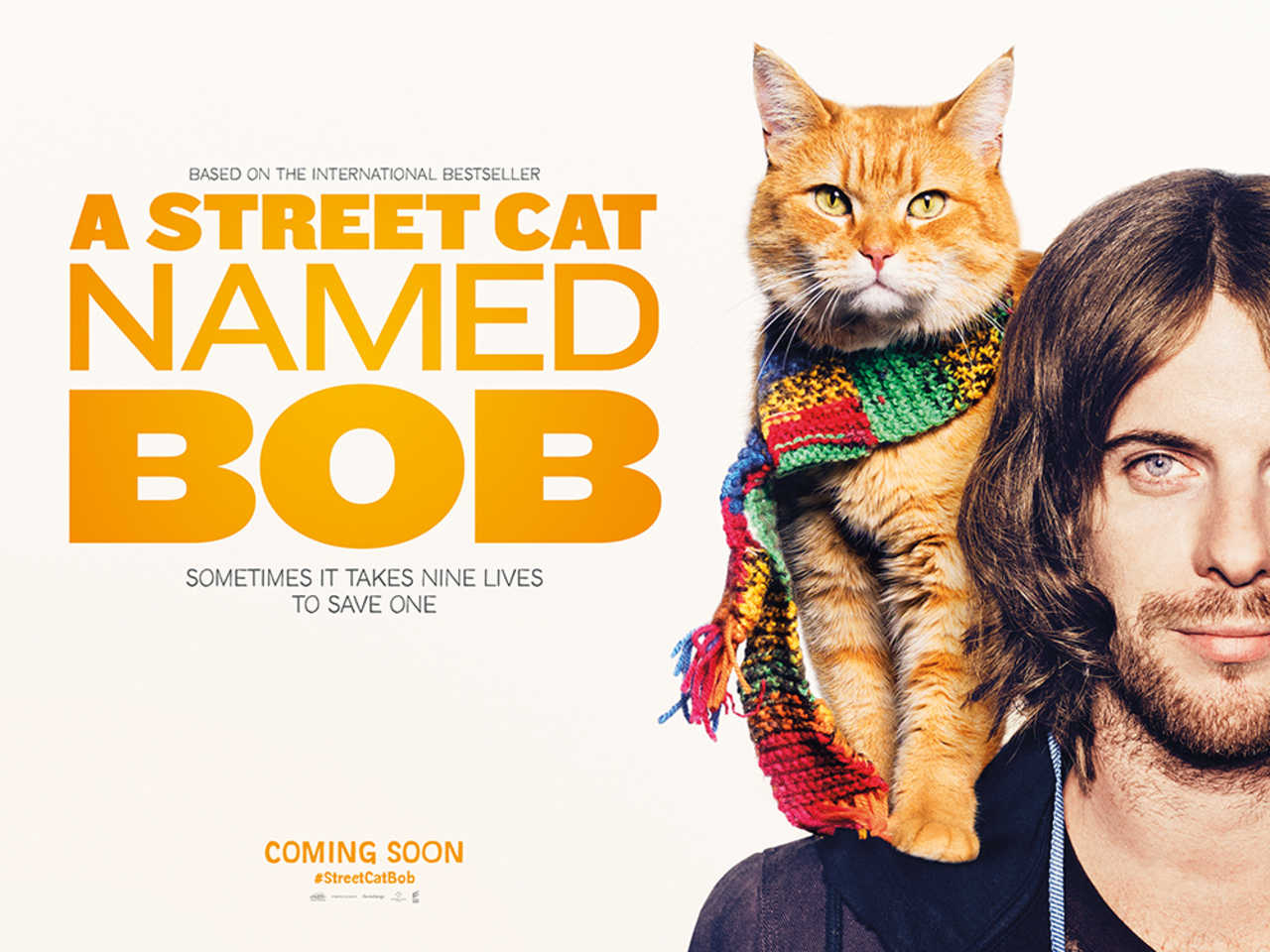 The touching story line that involved the developing relationship between James and Bob was beautifully told. The cat made him smile again, gave him a reason to live. His social skills with people were not good but with the cat, he became stronger and happier as each day passed. This was a wonderfully uplifting film I related to on so many levels. Excellent acting, and Bob the cat. was the best of them !