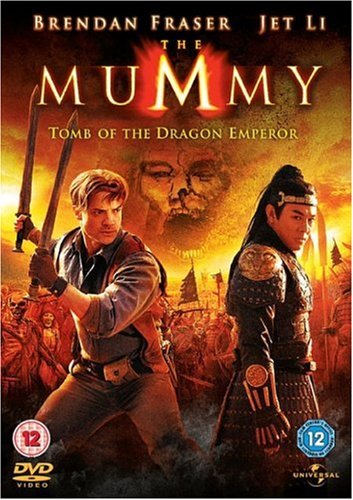 In ancient China, a brutal and tyrannical warlord unites the country’s kingdoms into an empire and becomes the Dragon Emperor. He orders the construction of the Great Wall of China to bury and curse his dead enemies, eventually learning power over the classical elements fire, water, earth, wood and metal. The Emperor soon grows fearful that his death will end all he has accomplished and summons Zi Yuan, a sorceress who is said to know the secret of immortality. She seemingly casts a spell on the Emperor in Sanskrit, before he executes General Ming, his trusted friend and Zi Yuan’s secret lover. He impales Zi Yuan, but having foreseen such events, she immolates and detains the Emperor, transforming his army into the Terracotta Army, and flees.In 1946, Alex O’Connell, Rick and Evelyn O’Connell’s son, and his archaeology professor Roger Wilson locates the Emperor’s tomb. Though attacked by a mysterious woman, they succeed in bringing the coffin to Shanghai. Meanwhile, the British government entrusts the O’Connells to take the Eye of Shangri-La back to China. However, they learn that Wilson works for a rogue military faction led by General Yang, who had provided the financial backing of Alex’s expedition. Yang believes that the Emperor is the one who can lead China out of the chaos following WWII and plans to resurrect the Emperor using the Eye, which contains the Elixir of Life. They open it, but it accidentally lands on the statue of the carriage driver, which is revealed to actually be the Emperor’s mummified body. He accepts Yang’s service but kills Wilson and escapes.Along with Evelyn’s brother Jonathan Carnahan, the O’Connells and the mysterious woman, Lin, travel to a stupa in the Himalayas that will reveal the path to Shangri-La when the Eye is placed on top of it. With the help of Yetis summoned by Lin, the group hold off Yang’s soldiers but the Emperor discovers Shangri-La’s location. Alex attempts to trigger an avalanche. The Emperor throws a dagger at him, but Rick shoves Alex and is stabbed instead. Lin takes the group to Shangri-La, where Zi Yuan still lives and heals Rick’s wound. The group discovers that Lin is Zi Yuan’s daughter, both rendered immortal due to the power of Shangri-La’s waters. As Rick heals, Alex and Lin have grown attached to each other, but Lin refuses due to her immortality; unable to bear falling in love with Alex only to watch him grow old and die, just as Zi Yuan mourned for General Ming.The Emperor and General Yang eventually arrive and attack them in Shangri-La, and the Emperor bathes in the mystical waters, which restores his human form and youth, and gives him the ability to shapeshift. Transforming into a dragon, the Emperor kidnaps Lin and flies back to the tomb, raising his Terracota Army, planning to cross the Great Wall, where they will be invincible. The O’Connells and Zi Yuan pursue the Emperor to the Great Wall where she sacrifices her and Lin’s immortality to create an undead army from beneath The Great Wall, led by a revived General Ming. As Alex rescues Lin, Zi Yuan fights the Emperor and is mortally wounded, but secures the dagger. Zi Yuan gives the dagger to the group before dying. Meanwhile, the Emperor goes into the Great Wall to use his elemental powers to negate the undead spell. Rick and Alex fight off the Emperor while Evelyn and Lin fight and kill Yang. The Emperor gains the upper hand over Rick, but Rick and Alex manage to stab the Emperor in his heart with the dagger, killing him and defeating the Terracotta Army. Ming’s army briefly celebrates before finally moving on to a peaceful afterlife.The O’Connells return to Shanghai while Jonathan decides to move to Peru with the Eye of Shangri-La, as he wants to go somewhere with no mummies. However, in postscript, it is revealed that upon his arrival, mummies were discovered in Peru.The Mummy: Tomb of the Dragon Emperor has a lot of physical comedy and computer-generated creatures as the previous two movies did. Fans of the Mummy films will be entertained as long as their expectations are checked at the door. I, for one, still enjoyed the mindless entertainment. 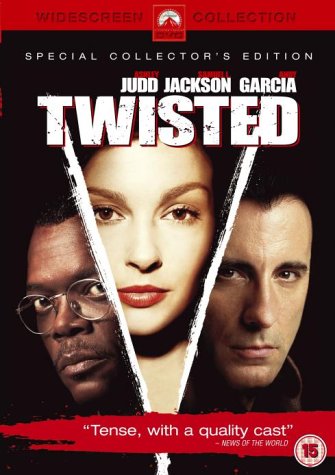 Having solved a high-profile case involving a serial killer, Jessica Shepard (Ashley Judd) is a rising officer in the San Francisco Police Department. She is transferred to the homicide division and promoted to the rank of inspector. Her deceased father’s former partner, John Mills (Samuel L. Jackson), serves as her proud mentor. Shepard finds that she might once again have to prove herself in a department that takes no prisoners.

When one of her former one-night stands is murdered, Shepard and her new partner, Mike Delmarco (Andy García), are assigned to the case. Shepard, who has a drinking problem, soon falls under suspicion. Three more murders follow, each victim having had a relationship with her. Shepard begins to experience a mental breakdown, blacking out for increasingly long periods of time. Her father, a police patrolman, had gone on a killing spree back in the 1970s and then murdered her mother. She begins to fear that she has the same violent tendencies and that she has been committing murder in her disoriented state.

Shepard finds out that Mills is the killer. He killed all of her lovers, as well as her parents, because he considered it his mission to prevent her growing up to be a dissolute woman like her mother. As her father’s partner, Mills had felt the responsibility to inform him that his wife was a nymphomaniac, which drove him insane. As he had an illicit affair with Shepard’s mother, Mills felt the need to kill her lovers. Also ashamed that he destroyed his partner’s marriage and drove him insane, Mills decided to put him out of his misery by killing him. Shepard secretly transmits Mills’ confession on a mobile phone, allowing her old partner to track them down. When Mills tries to shoot her partner, Shepard shoots him in the chest and he falls off the dock. The film closes on him drifting on the ocean surface surrounded by sea lions as the cops look on.

This is a very good thriller with a twist towards the end so aptly named. Thoroughly enjoyable and totally recommended.