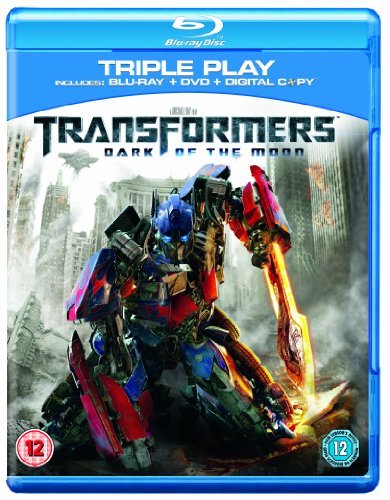 In 1961, the “Ark”, a Cybertronian spacecraft carrying an invention capable of ending the war between the benevolent Autobots and the malevolent Decepticons, crash lands on the dark side of Earth’s Moon. The crash is detected on Earth by NASA, and the President authorizes a mission to put a man on the Moon as a cover for investigating the spacecraft. In 1969, the crew of Apollo 11 lands on the Moon.In the present, the Autobots assist the United States military in preventing major conflicts around the globe. During a mission to Chernobyl to investigate suspected alien technology, Optimus Prime finds a fuel cell from the “Ark”, discovering that it had survived its journey from Cybertron. The Autobots are then attacked by Shockwave, a Decepticon scientist, who manages to escape. After learning of the top-secret mission to the Moon, the Autobots travel there to explore the “Ark”. They discover a comatose Sentinel Prime – Optimus’ predecessor as leader of the Autobots – and the Pillars he created as a means of establishing a Space Bridge between two points to teleport matter. After returning to Earth, Optimus uses the energy of his Matrix of Leadership to revive Sentinel Prime.Meanwhile, Sam Witwicky is frustrated that he is unable to work with the Autobots or find a job. He also becomes envious of the close relationship between his new girlfriend, Carly Spencer, and her boss Dylan Gould. After finding work, Sam is provided information by his eccentric co-worker Jerry Wang about the “Ark”, before Jerry is assassinated by the Decepticon Laserbeak. Sam contacts the now-independently wealthy Sector 7 Agent Seymour Simmons, and together they realize that the Decepticons and their leader, Megatron, are murdering people connected to the American and Russian space missions to the “Ark”. They locate two surviving Russian cosmonauts, who reveal satellite photos of hundreds of Pillars being stockpiled on the Moon. Sam realizes that the Decepticons raided the “Ark” long before the Apollo 11 mission to the moon and intentionally left Sentinel and the five Pillars behind to lure the Autobots into a trap with Sentinel being the key to activating the Pillars and the Decepticons lacking the means to revive him. The Autobots rush to return Sentinel to their base for protection, but Sentinel betrays them and murders the Autobot Ironhide, revealing he had made a deal with Megatron to ensure Cybertron’s survival.Sentinel uses the Pillars to transport hundreds of concealed Decepticons from the Moon to Earth. Carly is later captured by Gould, who is revealed to be in service of the Decepticons. The Autobots are exiled from Earth at the demand of the Decepticons to avoid war, but as their ship leaves Earth it is destroyed by Megatron’s second-in-command, Starscream, seemingly killing the Autobots. The Decepticons, led by Megatron and Sentinel, invade Chicago as their agents place Pillars around the world. Gould reveals to Carly that the Decepticons plan to transport their homeworld of Cybertron to the Solar System, then to enslave humanity and use Earth’s resources to rebuild their world. Sam teams up with former USAF Chief Robert Epps and ex-NEST soldiers to go into Chicago to save Carly, but they are nearly killed by Decepticon forces before the Autobots intervene, revealing they concealed themselves during the launch of their ship to convince the Decepticons they were destroyed.Working together, the Autobots and human soldiers manage to rescue Carly and kill Laserbeak, Starscream, Soundwave and Shockwave, with Optimus using Shockwave’s arm-cannon to blast the Control Pillar, disabling the Space Bridge. Sam confronts Gould as he reactivates the Control Pillar, and knocks Gould into the Pillar, electrocuting him. Bumblebee and Ratchet arrive and destroy the Control Pillar, permanently disabling the Bridge and causing the partially transported Cybertron to implode. Optimus and Sentinel fight while Carly convinces Megatron that he will be replaced by Sentinel as leader of the Decepticons. Sentinel severs Optimus’ right arm, and is about to execute him when Megatron intervenes, incapacitating Sentinel. Megatron slyly proposes a truce, having the desire to become the one in charge again, but Optimus instead attacks Megatron, decapitating and killing him. Sentinel pleads for his life, but Optimus executes him too for betraying his own principles. With the Decepticons defeated, Carly and Sam are reunited and the Autobots accept that, with Cybertron gone for good, Earth is now their home.Ultimately, Bay’s primary success here is casting. In addition to Dempsey (pleasingly cynical), Dark of the Moon boasts an elaborate roster of recognizable, exceptional professionals, like John Malkovich (ridiculous), Frances McDormand (deadly serious), Ken Jeong (psychotic), and Alan Tudyk (over-the-top), who give the film color. McDormand in particular adds a level of gravitas to the first half of the movie that really greases the wheels, and even though she’s relegated to the far back in the last third, she shares her time with returning player John Turturro, with whom she has amusing chemistry. Josh Duhamel, Tyrese Gibson, Kevin Dunn, and Julie White also return. Everything else is action, action, action. This time, Bay is better with his action geography and choreography, illustrating fights from a distance and turning down the dust clouds a little bit. 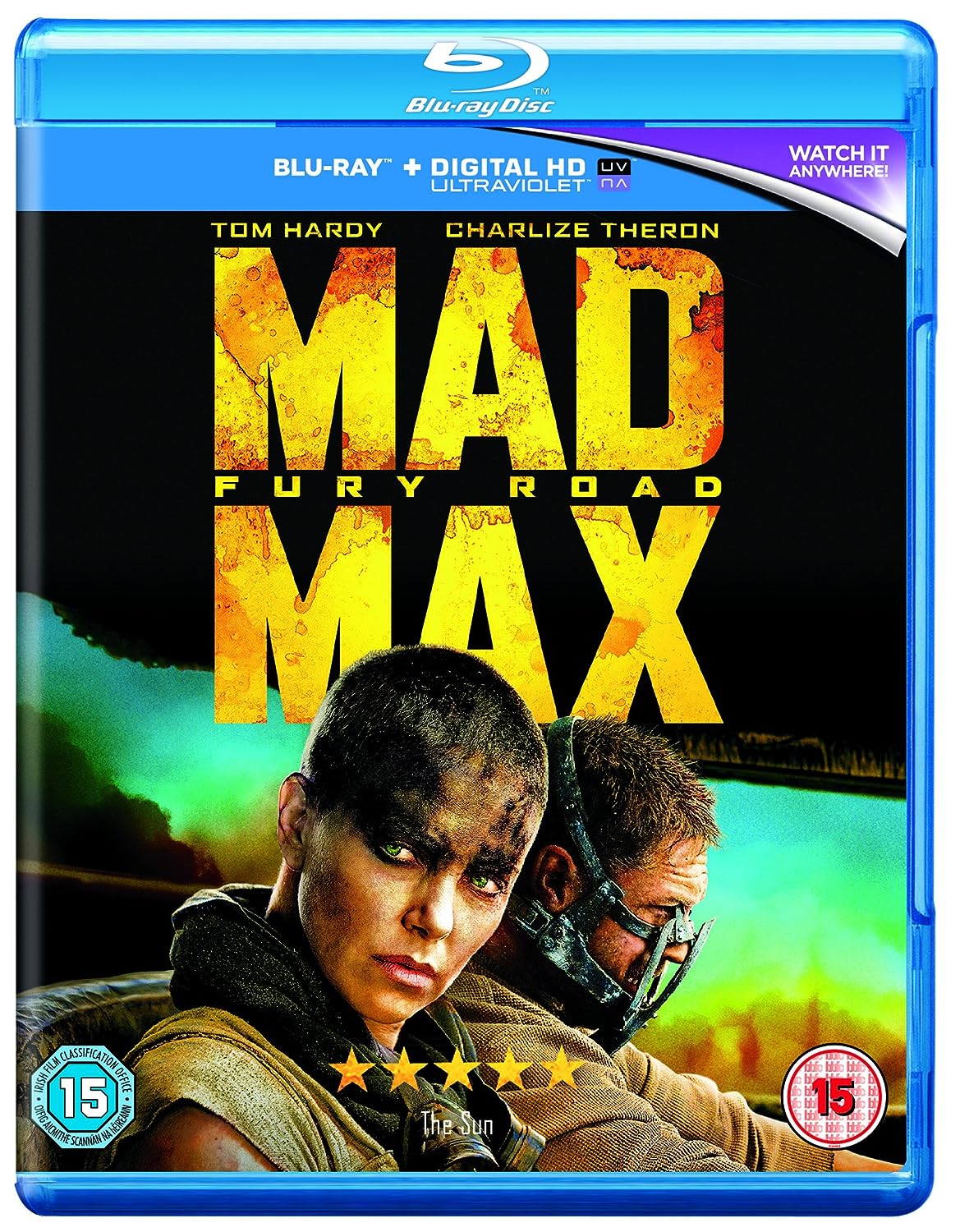 Following a nuclear holocaust, the world has become a desert wasteland and civilization has collapsed. Max Rockatansky, a survivor, is captured by the War Boys, the army of the tyrannical Immortan Joe, and taken to Joe’s Citadel. Designated a universal blood donor, Max is imprisoned and used as a “blood bag” for a sick War Boy called Nux. Meanwhile, Imperator Furiosa, one of Joe’s lieutenants, is sent in her armoured semi-truck, the “War Rig”, to collect gasoline. When she drives off-route, Joe realizes that his five wives—women selected for breeding—are missing. Joe leads his entire army in pursuit of Furiosa, calling on the aid of nearby Gas Town and the Bullet Farm. 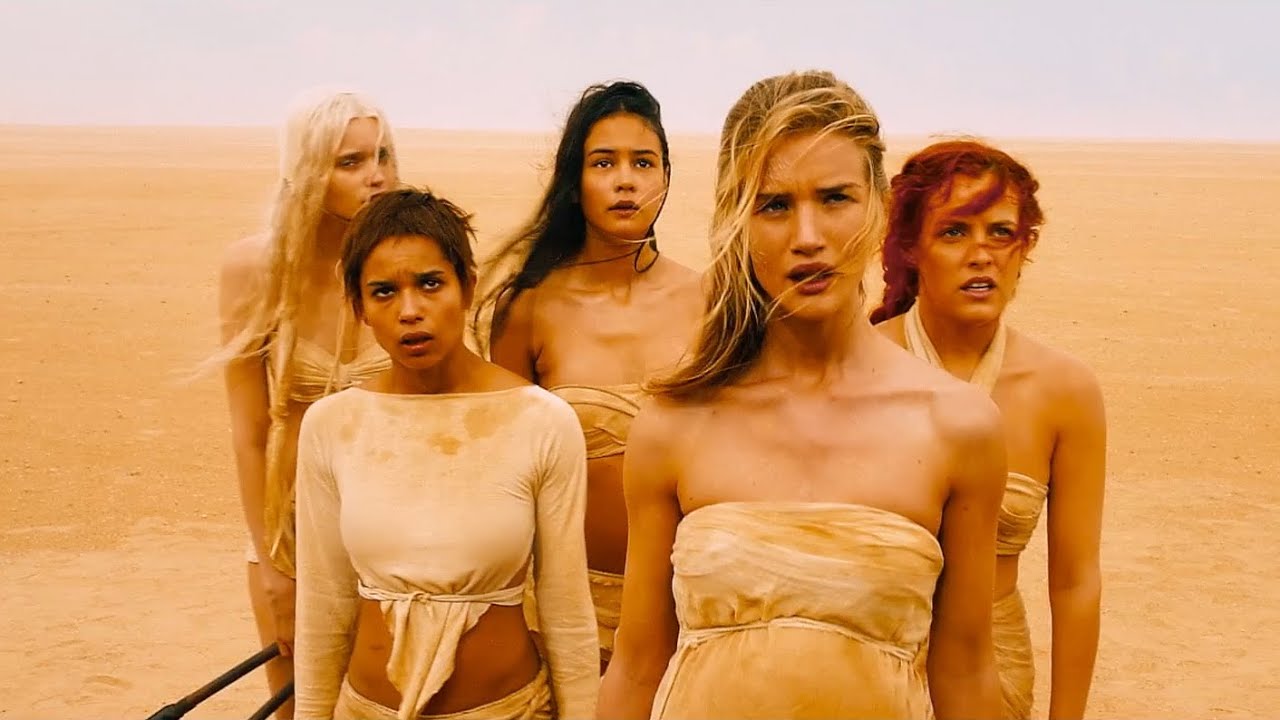 Nux joins the pursuit with Max strapped to his car to continue supplying blood. A battle ensues between the War Rig and Joe’s forces. Furiosa drives into a sand storm, evading her pursuers, except Nux, who attempts to sacrifice himself to destroy the Rig. Max escapes and restrains Nux, but the car is destroyed. After the storm, Max sees Furiosa repairing the Rig, accompanied by the Wives: Capable, Cheedo, Toast, the Dag and the Splendid Angharad, who is heavily pregnant with Joe’s child. Max steals the Rig, but its kill switch disables it. Max reluctantly agrees to let Furiosa and the Wives accompany him; Nux, left behind, is picked up by Joe’s army. Furiosa drives through a biker gang-controlled canyon to barter a deal for safe passage; however, with Joe’s forces pursuing, the gang turns on her, forcing her and the group to flee while the bikers detonate the canyon walls to block Joe. Max and Furiosa fight pursuing bikers as Joe’s car, with Nux now on board, surmounts the blockade and eventually attacks the War Rig, allowing Nux to board. However, as the Rig escapes, Angharad falls off in an attempt to protect Max and is run over by Joe’s car, killing her and her child.

Furiosa explains to Max that they are escaping to the “Green Place”, an idyllic land she remembers from her childhood. Capable finds Nux hiding in the Rig, distraught over his failure, and consoles him. That night, the Rig gets stuck in mud. Furiosa and Max slow Joe’s forces with mines, but Joe’s ally, the Bullet Farmer, continues pursuing them. Nux helps Max free the Rig while Furiosa shoots and blinds the Bullet Farmer. Max walks into the dark to confront the Bullet Farmer and his men, returning with guns and ammunition. They drive the War Rig overnight through swampland and desert, coming across a naked woman the next day. Max suspects a trap, but Furiosa approaches the woman and states her history and clan affiliation. The naked woman summons her clan, the Vuvalini, who recognize Furiosa as one of their own who was kidnapped as a child. Furiosa is devastated to learn that the swampland they passed was indeed the Green Place, now uninhabitable. The group then plans to ride motorbikes across immense salt flats in the hope of finding a new home. Max chooses to stay behind, but after seeing visions of a child he failed to save, he convinces them to return to the undefended Citadel, which has ample water and greenery that Joe keeps for himself, and trap Joe and his army in the bikers’ canyon.

The group heads back to the Citadel, but they are attacked en route by Joe’s forces, and Furiosa is seriously wounded. Joe positions his car in front of the War Rig to slow it, while Max fights Joe’s giant son, Rictus Erectus. Joe captures Toast who manages to distract him long enough for Furiosa to kill him. Nux sacrifices himself by wrecking the Rig, killing Rictus and blocking the canyon, allowing Max, Furiosa, the wives, and the surviving Vuvalini to escape successfully in Joe’s car, where Max transfuses his blood to Furiosa to help her survive her injuries. At the Citadel, the impoverished citizens are overjoyed at the sight of Joe’s corpse. Furiosa, the wives, and the Vuvalini are cheered by the people and welcomed by the remaining War Boys, but Max walks away, sharing a glance with Furiosa before disappearing into the crowd.

Fury Road is an exhilarating action fest that goes beyond its boundaries in creating what might just be one of the best action films ever made. Fury Road vigorously  blends emotion and brutality with drama and action to reignite Australia’s greatest film franchise and create the epitome of the action genre.