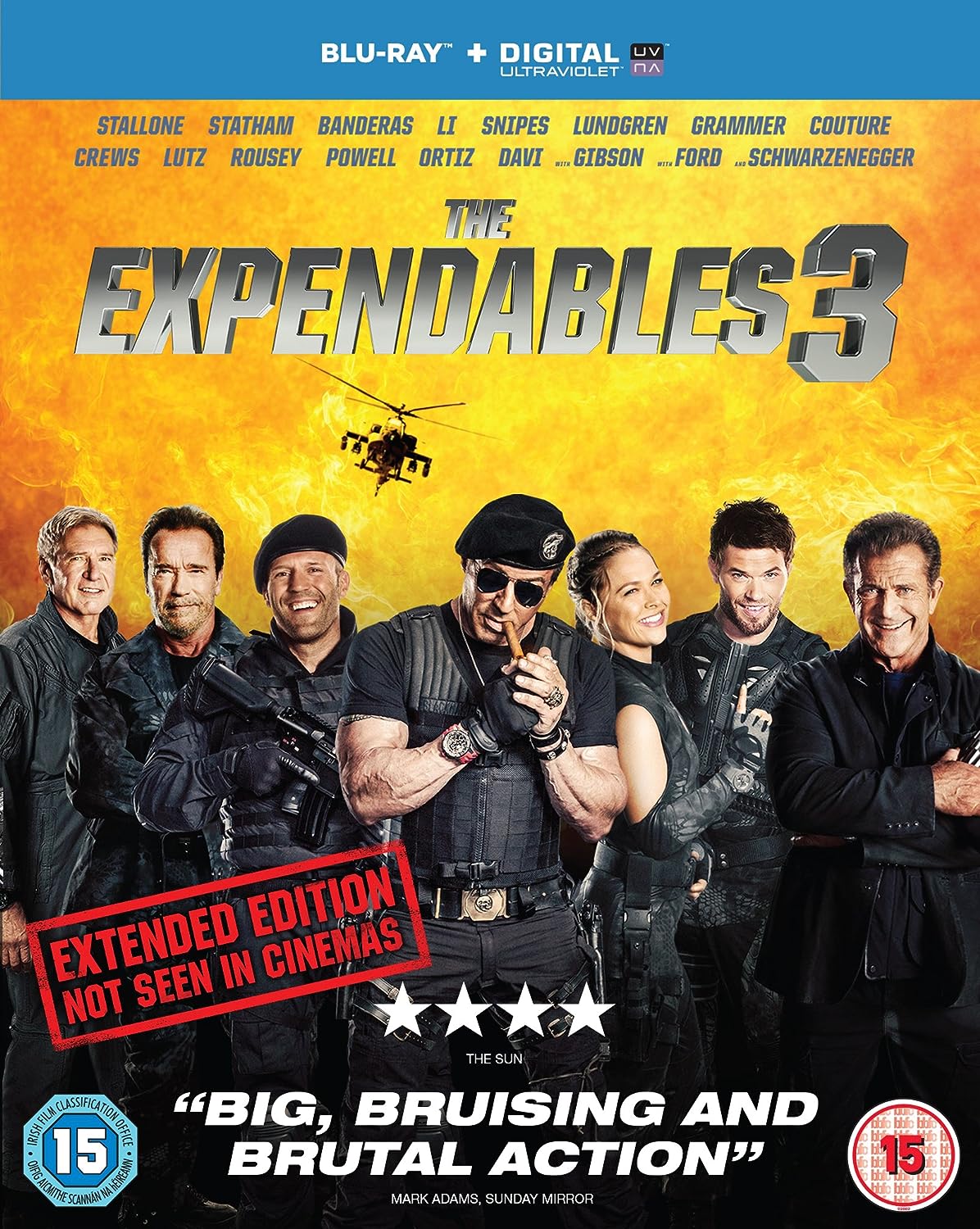 The Expendables—led by Barney Ross and formed by Lee Christmas, Gunner Jensen, and Toll Road—extract former member Doctor Death, a knives specialist and team medic, from a military prison during his transfer on a train. They recruit Doc to assist them in intercepting a shipment of bombs meant to be delivered to a warlord in Somalia. Arriving there, they reunite with Hale Caesar, who directs them to the drop point, where Ross is surprised to find out that the arms trader providing the bombs is Conrad Stonebanks, a former co-founder of the Expendables who went rogue and was presumed dead. In the ensuing firefight, The Expendables manage to kill all but Stonebanks, who shoots Caesar twice. As the team attempts to aid him, they are forced to retreat due to Stonebanks’ advanced weaponry, and Caesar is severely injured in the process.Back at the United States, CIA operative Max Drummer, the Expendables’ new missions manager, gives Ross a mission to capture Stonebanks in order to bring him to the International Criminal Court to be tried for war crimes. Blaming himself for Caesar’s injuries, Ross disbands the Expendables, not wanting his team to get killed following him, and leaves for Las Vegas where he enlists retired mercenary-turned-recruiter Bonaparte to help him find a new team of younger mercenaries to pursue Stonebanks. The recruits include former U.S. Marine John Smilee, nightclub bouncer Luna, computer expert Thorn, and weapons expert Mars. Skilled sharpshooter Galgo asks to be included in the team, but Ross turns him down.The new team members rendezvous with Ross’s rival Trench Mauser, returning a favor for Ross. Drummer has traced Stonebanks to Romania, where he is set to make an arms deal. Ross and the new recruits infiltrate an office building Stonebanks is using as a meeting place and, having to kill a few men in the process including arms buyer Goran Vata, manage to capture Stonebanks. In transit, Stonebanks begins to taunt Ross and explains why he betrayed The Expendables in the first place. Ross nearly kills him to shut him up but, despite Stonebanks egging him on, he stands down. Stonebanks’ men catch up to them, with the aid of his GPS Tracker, and fire a missile at the team’s van. Ross is thrown into a river, while Smilee, Luna, Thorn and Mars are captured by Stonebanks’ crew. Ross kills Stonebanks’ retrieval team and escapes.Stonebanks sends Ross a video, challenging Ross to come after him and giving him his location in the country of Azmenistan. While preparing to leave and mount a rescue alone, Ross is found by Galgo, who offers his services again. Ross gives him a chance, later accompanied by the veteran Expendables. They rescue the young mercenaries, only to learn from Stonebanks that he has rigged the place with explosives. As both the young and veteran Expendables begin to fight one another, Ross convinces them to work together in order to take down Stonebanks once and for all. As the final battle begins, Thorn is able to use a jammer device to delay the countdown, giving them just under half an hour before detonation. Stonebanks then orders the armed forces of Azmenistan to attack the building with full force, including tanks and attack helicopters. Drummer and Trench arrive in a helicopter to help, alongside returning Expendables member Yin Yang.The new and veteran members of the Expendables work together to kill Stonebanks’ men. When a second wave moves in, Drummer lands on the building to evacuate the team. As everyone makes it to Drummer’s chopper however, Stonebanks personally attacks Ross after shooting him down. Having been forced to remove the armor and his weapon, Ross and Stonebanks engage in hand-to-hand combat after Stonebanks drops his gun to challenge Ross. Both are evenly matched, but Ross manages to knock down Stonebanks before they both reach for their guns, Stonebanks starts shooting but Ross gets the better of him. At his mercy, Stonebanks questions Ross “What about the Hague?”. Having coldly answered “I am the Hague” Ross shoots Stonebanks with his Colt Single Action Army revolver, finally killing him. Seconds after Stonebanks’ death, the batteries of Thorn’s device run out and the building begins to explode and collapse. The team makes it to Drummer’s helicopter and flies away to safety, with Ross clinging to it from the outside. In the aftermath, Caesar recovers from his wounds, and Ross officially accepts Galgo, Smilee, Luna, Thorn, and Mars into the team. They all celebrate at a bar together. 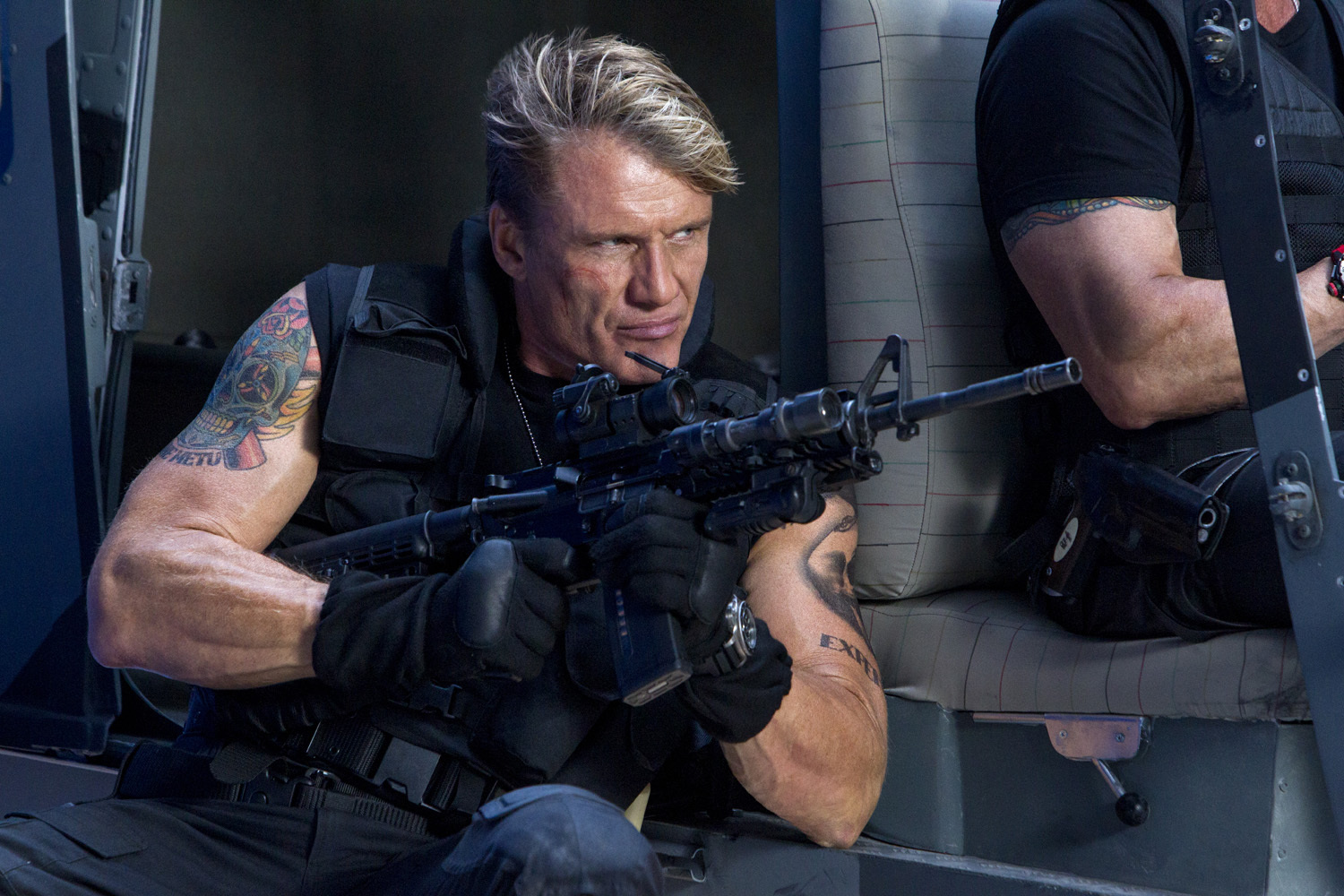 The movie is a little bit slow at the start, but it quickly picks up pace and then it just steamrolls continuously on towards the very end. Wesley Snipes was really a welcomed addition to the movie, because he played his role so well.If you enjoyed the previous two movies, then you will also enjoy The Expendables 3. No doubt about it. 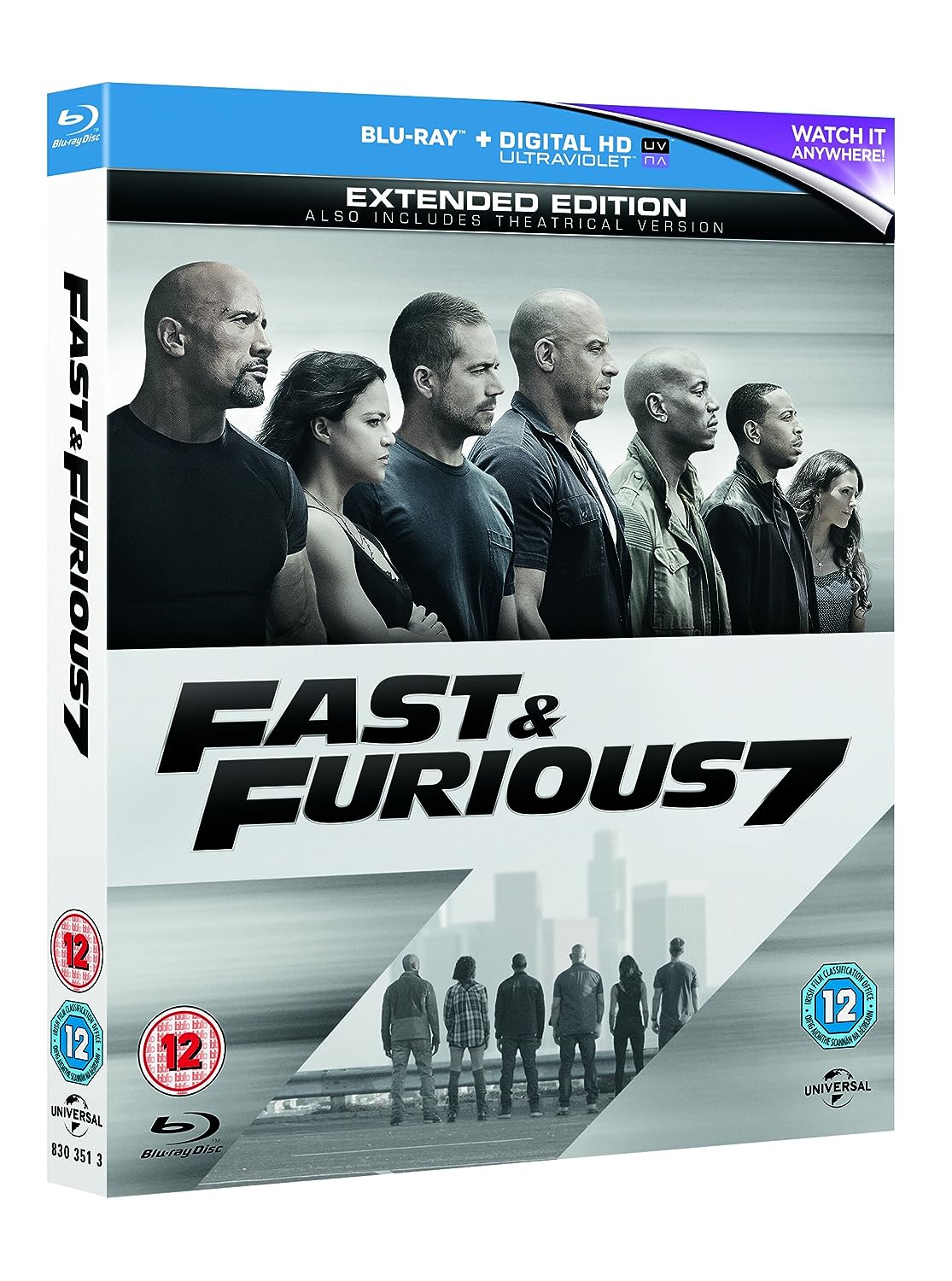 After defeating Owen Shaw and his crew and securing amnesty for their past crimes, Dominic “Dom” Toretto, Brian O’Conner and the rest of their team have returned to the United States to live normal lives again. Brian begins to accustom himself to life as a father, while Dom tries to help Letty Ortiz regain her memory. Meanwhile, Owen’s older brother, Deckard Shaw, breaks into the secure hospital that the comatose Owen is being held in and swears vengeance against Dom and his team, before breaking into Luke Hobbs’ Diplomatic Security Service (DSS) office to extract profiles of Dom’s crew. After revealing his identity, Shaw engages Hobbs in a fight, and escapes when he detonates a bomb that severely injures Hobbs. Dom later learns from his sister Mia that she is pregnant again and convinces her to tell Brian. However, a bomb, disguised in a package sent from Tokyo, explodes and destroys the Toretto house just seconds after Han, a member of Dom’s team, is killed by Shaw in Tokyo. Dom later visits Hobbs in a hospital, where he learns that Shaw is a rogue special forces assassin seeking to avenge his brother. Dom then travels to Tokyo to claim Han’s body, and meets and races Sean Boswell, a friend of Han’s who gives him personal items found at Han’s crash site.Back at Han’s funeral in Los Angeles, Dom notices a car observing them, and after a chase, confronts its driver, who is revealed to be Shaw. Both prepare to fight, but Shaw flees when a covert ops team arrives and opens fire, led by Frank Petty, a man who calls himself Mr. Nobody. Petty says that he will assist Dom in stopping Shaw if he helps him obtain God’s Eye, a computer program that uses digital devices to track down a person, and save its creator, a hacker named Ramsey, from a mercenary named Mose Jakande. Dom, Brian, Letty, Roman Pearce, and Tej Parker then airdrop their cars over the Caucasus Mountains in Azerbaijan, ambush Jakande’s convoy, and rescue Ramsey.The team then heads to Abu Dhabi, where a billionaire has acquired the flash drive containing God’s Eye, and manages to steal it from the owner. With God’s Eye near telecommunications repeaters, the team tracks down Shaw, who is waiting at a remote factory. Dom, Brian, Petty and his team attempt to capture Shaw, but are ambushed by Jakande and his men and forced to flee while Jakande obtains God’s Eye. At his own request, the injured Petty is then left behind to be evacuated by helicopter while Brian and Dom continue without him. Left with no other choice, the crew returns to Los Angeles to fight Shaw, Jakande and his men. Meanwhile, Brian promises Mia that once they deal with Shaw, he will retire and fully dedicate himself to their family.While Jakande pursues Brian and the rest of the team with a stealth helicopter and an aerial drone, Ramsey attempts to hack into God’s Eye. Hobbs, seeing the team in trouble, leaves the hospital and destroys the drone with an ambulance. Ramsey then regains control of God’s Eye and shuts it down. Meanwhile, Dom and Shaw engage in a one-on-one brawl on a parking garage, before Jakande intervenes and attacks them both. Shaw is defeated when part of the parking garage collapses beneath him. Dom then launches his vehicle at Jakande’s helicopter, tossing Shaw’s bag of grenades onto its skids, before injuring himself when his car lands and crashes. Hobbs then shoots the bag of grenades from ground level, destroying the helicopter and killing Jakande. Dom is pulled from the wreckage of his car, believed to be dead. As Letty cradles Dom’s body in her arms, she reveals that she has regained her memories, and that she remembers their wedding. Dom regains consciousness soon after, remarking, “It’s about time”.Shaw is taken into custody by Hobbs and locked away in a secret, high-security prison. At a beach, Brian and Mia play with their son while Dom, Letty, Roman, Tej, and Ramsey observe, acknowledging that Brian is better off retired with his family. Dom silently leaves, but Brian catches up with him at a crossroad. As Dom remembers the times that he had with Brian, they bid each other farewell and drive off in separate directions.Fast & Furious 7 is a no-holds, over- the-top and mindless action film, but this aside, it is an extremely entertaining and fun film to watch. With an all-star cast and some brilliant action sequences, Fast & Furious 7 is proof that certain franchises can continually make great movies. The most notable moment however in the entire film is the emotional and respectful ending during the send-off of Paul Walker, the film finishing with a montage of Walker in the previous six films, finishing with just two words. A fitting end for a great actor.