Eli and Joshua are being taken into foster care with William and Amanda Porter of Chicago after the death of their father, who was killed by Eli. The two boys do not mix well with a home in modern Chicago; their formal, Amish-like clothes from Gatlin and Eli’s fire-and-brimstone prayer at dinner, as well as his bringing a suitcase full of corn to Chicago, strike their new parents and neighbors as unusual. On his first night in Chicago, after everyone else has gone to sleep, Eli quietly leaves the Porter’s house for an empty factory on the other side of a nearby cornfield. Taking with him the suitcase of corn, Eli prays to He Who Walks Behind the Rows and plants corn seeds on the grounds of the factory, causing rows of corn to appear almost instantly.

The next day, at their first day in school, Eli nearly gets into a fight with T-Loc, a student in Joshua’s grade, and harshly criticizes Joshua for playing basketball with some of the other students. Disgusted with the lifestyle being lived by modern children, Eli decides to bring He Who Walks Behind the Rows to Chicago, which soon kills a homeless man who finds the cornfield. Joshua starts spending less time with Eli and makes friends with neighbors Maria and Malcolm.

The social worker who brought Eli and Joshua to the Porters discovers that Eli was adopted originally from Gatlin, Nebraska (the town from the first film). Furthermore, Eli has not aged since 1964. She tries to warn the Porters, but she is quickly burned alive by Eli. Amanda begins to notice Eli’s strange mannerisms and when she tries to cut down his cornfield it attacks her. She attempts to escape, but trips on a pole and her head is impaled on a broken pipe, killing her instantly. William finds the cornfield Eli has planted and realizes that with its seemingly perfect nature invulnerable to disease, able to grow out of season and in the worst of soil, it could be a highly marketable product. Despite the death of his wife, which was arranged by Eli, William finds backers and looks forward to the massive profits Eli’s strain of corn will bring. 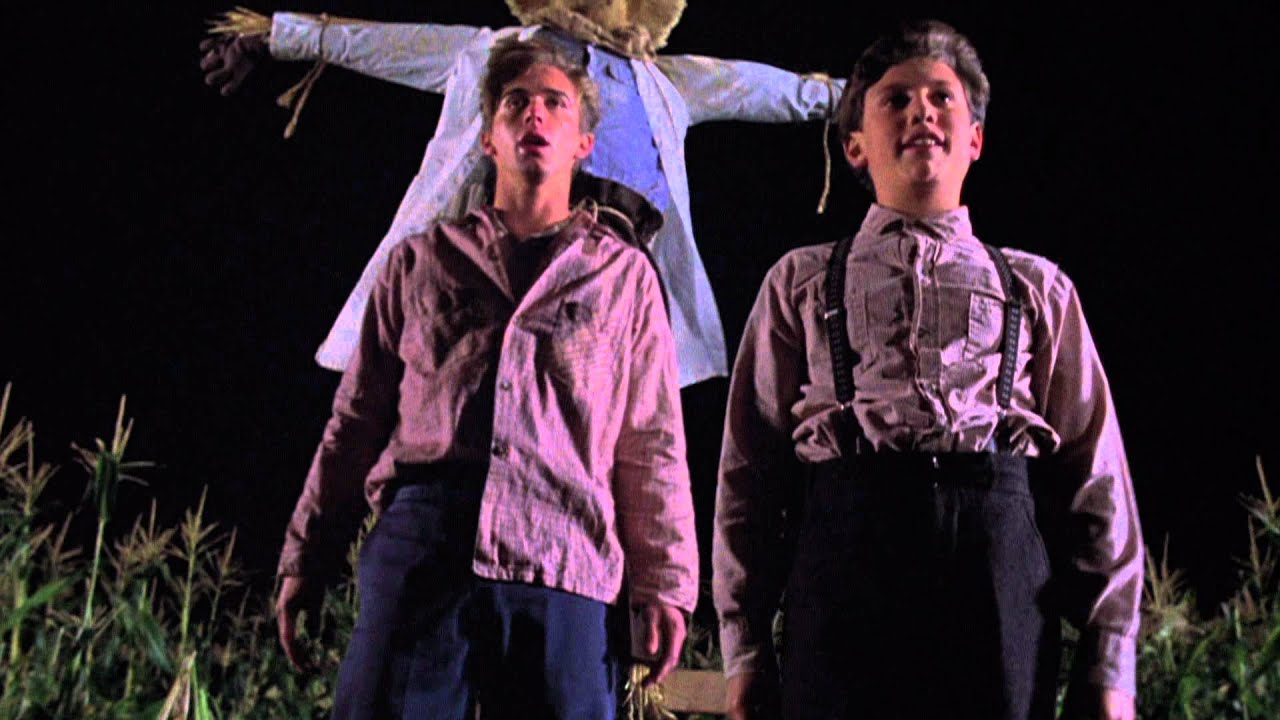 Eli neglects to inform his foster father of another property the corn possesses—it is able to turn children who eat it into followers of “He Who Walks Behind the Rows.” Eli begins to decisively sway the students of his high school towards his beliefs, turning them against the principal and directing them to abandon such previously-typical activities as basketball. The principal, alarmed at Eli’s converting the students, attempts to inform other staff, but they do not believe him, as Eli’s efforts have had another effect: they have restored order at the school to a degree few thought possible.

By the time Joshua realizes the full truth, Eli has killed both of their foster parents, the school principal, Malcolm and Maria’s parents, and now has full control of his fellow students. Confronting him, Joshua reveals that he has gone back to Gatlin and found the bible of “He Who Walks Behind the Rows” (which resulted in Malcolm’s death), a book that Eli holds sacred and, together with his own body, can survive indefinitely if one is intact. Eli roars, “Give me the book!” and charges. Joshua throws the book down, and as Eli scrambles to pick it up Joshua stabs Eli and the book with a sickle, destroying both. 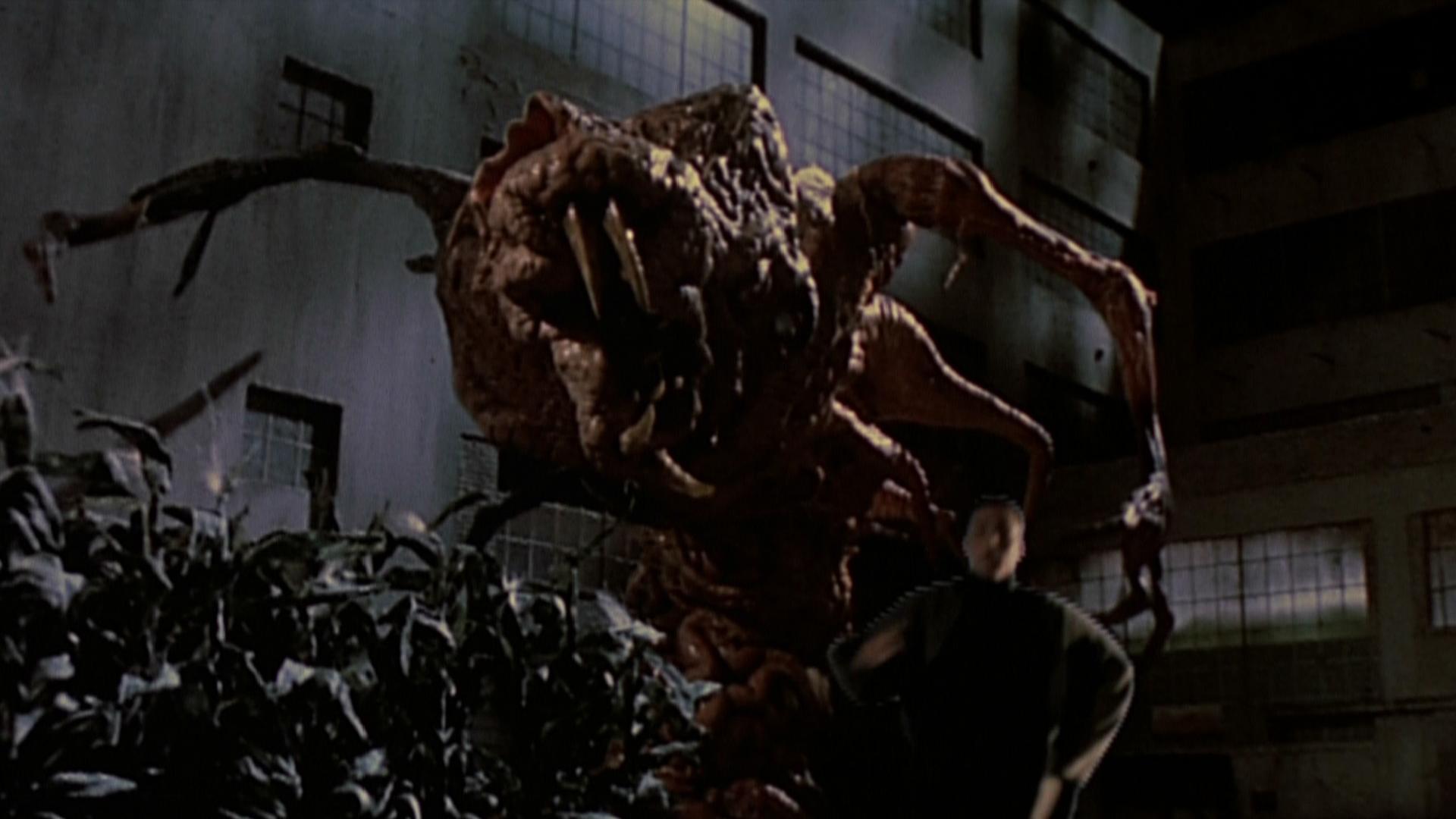 Well this is the 3rd film in the children of the corn set. This time the film is set in the city, as an oppsoe to the open country side as seen in the other COTC films. There’s nothing really original or new about this film apart from the location, but overall its a pretty good film, some of the special effects are pretty poor, i.e. the big monster at the end of the film, but apart from that this film isn’t Abad sequel to children of the corn 2

Bitch Slap is everything you think it is. Girls. Guns. Catfights. Explosions. Lesbian romances. A story of bad guys, booty, alliances, betrayals, and secrets. It’s being billed as, “a post-modern, thinking man’s throwback to the B movie/exploitation films of the 1950s – 70s.This movie is irredeemably enjoyable, preposterous in both its story and its characters yet magnetic as a satire disguised as a schlocky male fantasy. It tells the story of three bad girls, all smoking hot, who find themselves in a plot to extort diamonds and weapons from an underworld kingpin, whose identity is a secret. The redhead is Hel, presumably short for Helen (Erin Cummings); she seems to be the leader of the group, tough but levelheaded, able to see the big picture and plan accordingly. The blonde is Camero (America Olivo), an oversexed hothead who’s on medication. She’s one of those people that hates everyone and is mad about everything, and has the dialogue to prove it. The brunette is a stripper named Trixie (Julia Voth), always upset, always overwhelmed, always wanting to play by the rules.

Every opportunity is taken to flaunt their feminine assets, and boy, do they have them – a basic shot is a slow-motion close-up of heaving breasts and deep cleavage, although some time is set aside for bare legs. There’s never a moment when they aren’t wearing high heels or don’t have makeup painted on their faces. And then there are times when they pause to do a little manual labor, such as digging in the middle of the desert. My, but it’s burning hot, and … is that a bucket of water sitting there? Maybe they should splash each other playfully in order to stay cool. Things will heat back up later on, when Trixie and Hel discover that their feelings for one another are deeper than they first imagined. That’s about when the situation goes completely out of control. Loyalties change. Identities are revealed. People get shot. Things blow up. And catfights.

Intertwined with this is a ridiculous but somehow appropriate subplot about a notorious criminal known only as Pinky, never dealt with directly and never seen but fabled to be the most dangerous criminal mastermind who ever lived. When Trixie innocently brings up the subject, Hel and Camero speak in the same tones as someone telling a ghost story around a campfire. “Many believe Pinky’s a phantom,” says Camero. “Others think he sold his soul to the devil. I think he IS the devil.” Maybe so; a flashback sequence shows a silhouetted figure going nuts with what appear to be samurai swords, used to decapitate people left and right. Do we ever discover what Pinky looks like? With such gorgeous women displayed on the big screen, can you honestly say that you care?

When this movie is not going out of its way to be sexy, then it’s being incredibly goofy. Take Olivo, for example; the angrier she gets, the funnier she becomes, not only because she spews unbelievably inane profanity, but also because her character is the most aggressive. Bitch Slap is  indeed a great film, projected up on the screen in all its violent, foulmouthed, double-D glory. also Kevin Sorbo, Lucy Lawless, and Renée O’Connor all have cameos in Bitch Slap.