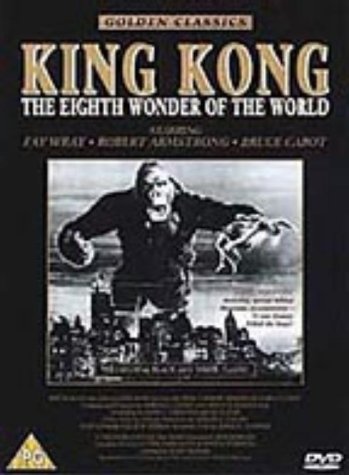 In New York Harbor, Carl Denham, famous for making wildlife films in remote and exotic locations, charters Captain Englehorn’s ship Venture for his new project, but he is unable to secure an actress for a female role he reluctantly added. Denham searches the streets of New York for a suitable woman. He meets penniless Ann Darrow and convinces her to join him for the adventure of a lifetime. The Venture quickly gets underway. The surly first mate, Jack Driscoll, gradually falls in love with Ann. After weeks of secrecy, Denham finally tells Englehorn and Driscoll that their destination is Skull Island, an uncharted island shown on a map in Denham’s possession. Denham speaks of something monstrous there, a legendary entity known only as “Kong”.

When they find the island and anchor off its shore, they can see a native village, separated from the rest of the island by an enormous stone wall. A landing party, including the filming crew and Ann, witnesses a group of natives about to sacrifice a young maiden as the “bride of Kong”. The intruders are spotted and the native chief angrily stops the ceremony. When he sees the blond Ann, he offers to trade six of his women for the “golden woman”. They rebuff him and return to the Venture. That night, a band of natives kidnap Ann from the ship and conduct her through a huge wooden gate in the wall. Tied to an altar, she is offered to Kong, who turns out to be a giant gorilla-like ape. Kong carries her off into the jungle as the alerted Venture crew arrives. They open the gate and Denham, Driscoll and some volunteers enter the jungle in hopes of rescuing Ann. They discover that there are other giant creatures on the island, including dinosaurs. A Stegosaurus charges them and they kill it. When they raft across a swamp, a Brontosaurus capsizes their supplies and kills some men. Fleeing through the jungle, they soon meet Kong, who tries to stop them from crossing a ravine by shaking them off a fallen tree that bridges it. Only Driscoll and Denham, on opposite sides, survive.

A Tyrannosaurus threatens Ann, but Kong kills it after a colossal battle. Driscoll continues to shadow Kong and Ann while Denham returns to the village for more ammunition. Upon arriving in Kong’s lair in a mountain cave, Ann is menaced by a snake-like Elasmosaurus, which Kong wrestles and kills. While Kong is distracted killing a Pteranodon that tried to fly away with Ann, Driscoll reaches her and they climb down a vine dangling from a cliff ledge. When Kong notices and starts pulling them back up, they let go and fall unharmed into the water below. They run through the jungle and back to the village, where Denham, Englehorn and the surviving crewmen are waiting. Kong, following, breaks open the gate and murderously rampages through the village. On shore, Denham, now determined to bring Kong back alive, knocks him unconscious with a gas bomb. 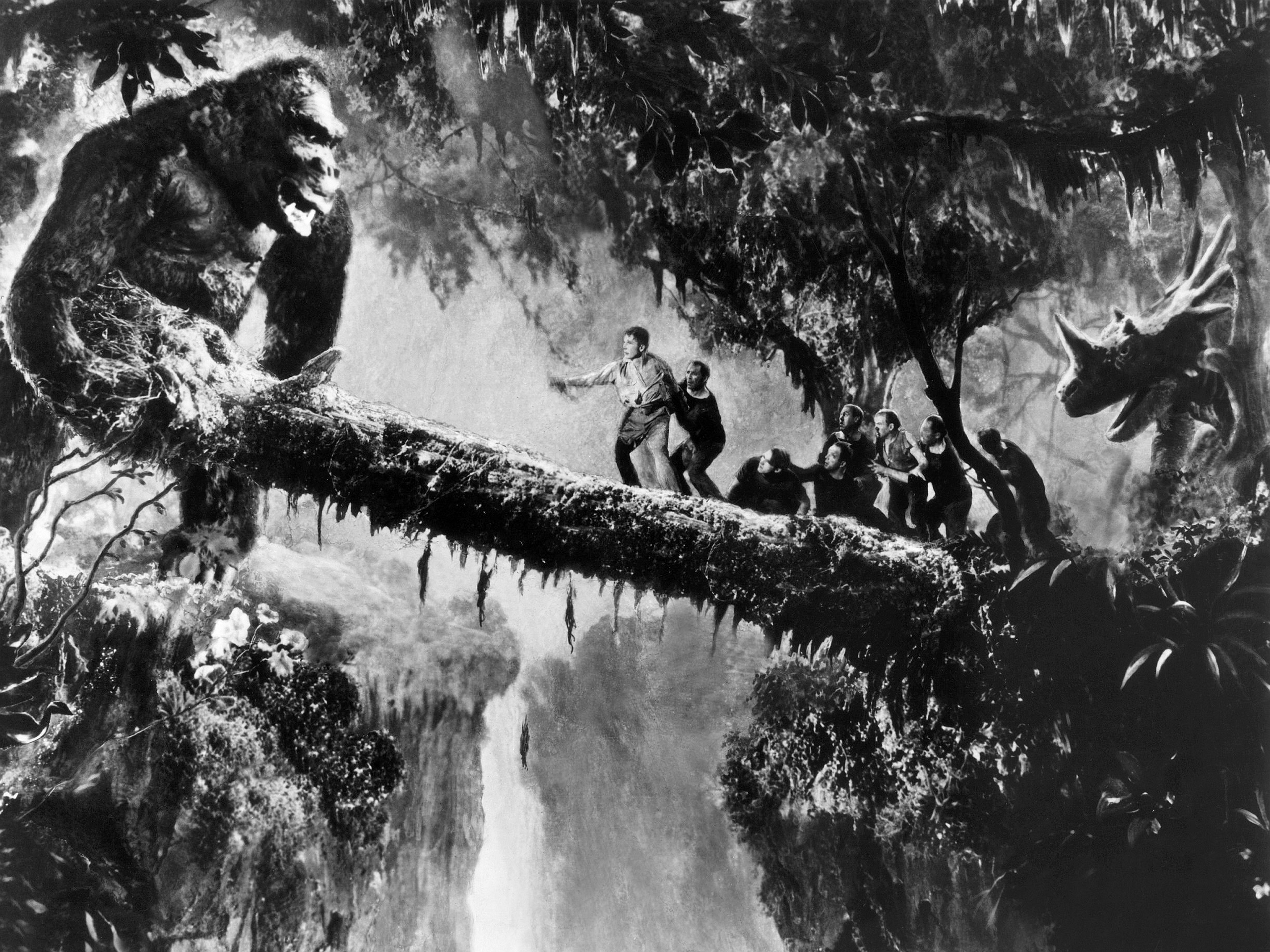 Chained and shackled, Kong is presented to a Broadway theater audience as “Kong, the Eighth Wonder of the World”. Ann and Jack are brought on stage to join him, followed by an invited group of press photographers. Kong, believing that the ensuing flash photography is an attack, breaks loose as the audience flees in terror. Ann is whisked away to a hotel room on a high floor, but Kong, scaling the building, soon finds her. Carrying her in his hand, he rampages through the city. He wrecks a crowded elevated train and ultimately climbs up the Empire State Building. At its top, he is met by four military Curtiss Helldivers. Kong sets Ann down and battles the planes, managing to down one of them, but he finally succumbs to their gunfire and falls to his death. Ann and Jack are reunited. Denham arrives and pushes through a crowd surrounding Kong’s body in the street. When a policeman remarks that the planes got him, Denham tells him, “Oh, no, it wasn’t the airplanes. It was Beauty killed the Beast.”

KING KONG is one of those rare films that just gets better and better with age. We watch it now as a 1930’s fable that’s transcended its own time, attaining mythical status. The undiminished, primordial energy it generates derives from all aspects of production; from Willis O’Brien’s masterly stop-motion effects and Murray Spivack’s innovative early sound mix, to Max Steiner’s brilliantly evocative music score. King Kong is just as effective now as it was in the 1930’s.