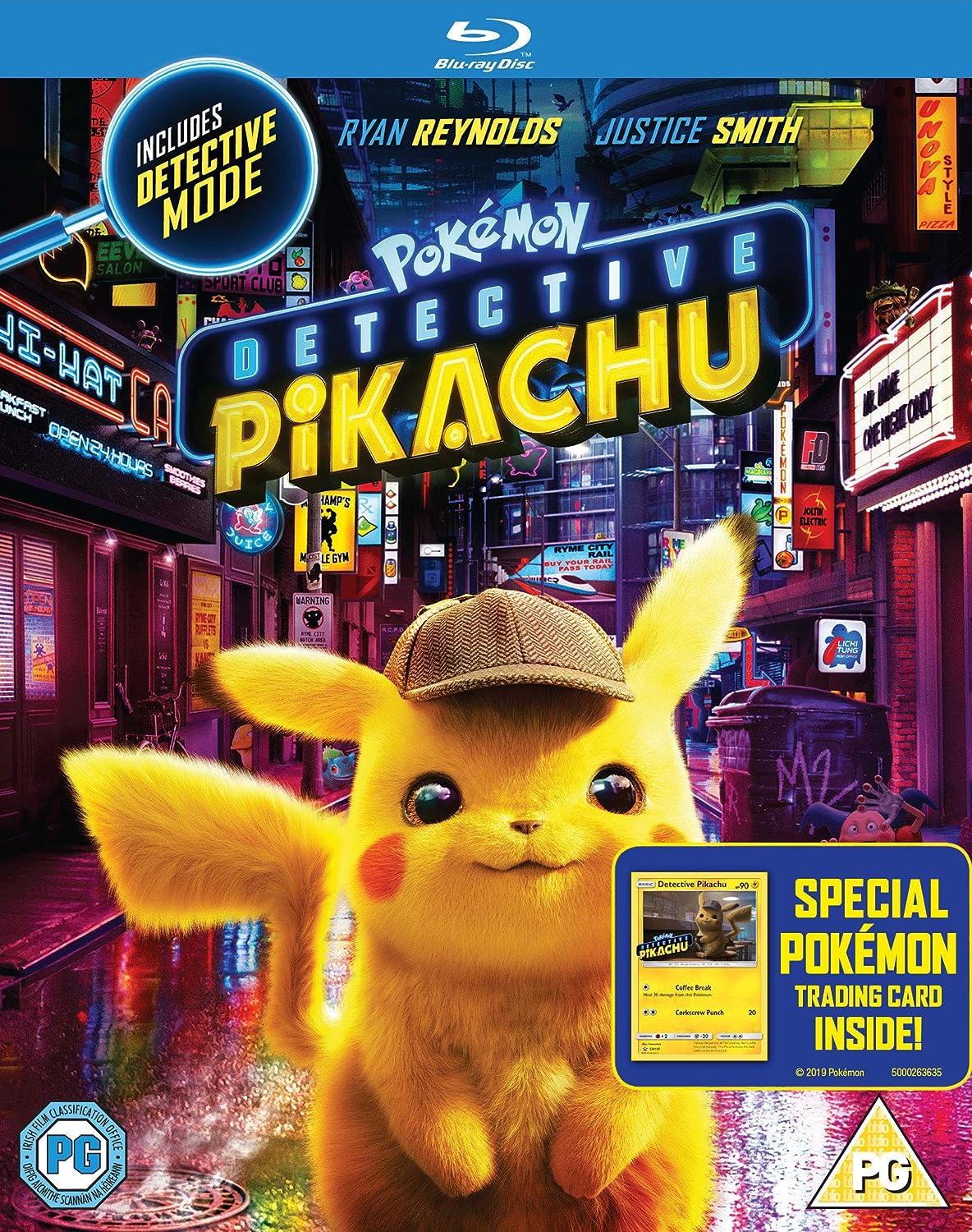 In the Pokémon universe, Tim Goodman is a 21-year-old insurance appraiser who has given up Pokémon training due to the death of his mother and the absence of his father, Harry. He travels to Ryme City – a metropolis where humans and Pokémon live together as equals – to collect Harry’s assets following his apparent death in a car crash. In Harry’s apartments, Tim encounters a deerstalker-clad Pikachu that can speak and only he can somehow understand; the pair then escape from an attack by a throng of Aipom[c] under the influence of an “R”-labeled purple gas that Tim accidentally released upon inspection. They take shelter at a café where Pikachu reveals that he is an amnesiac detective who was Harry’s police partner, and that they were investigating a case together when Harry disappeared. They look for Lucy Stevens, a fluff columnist and aspiring reporter suspicious of Harry’s death, who Tim had previously encountered. She leads Pikachu and Tim to Ryme Wharf and, after interrogating a Mr. Mime there, are directed to an illegal Pokemon fighting arena owned by Sebastian. He demands a rematch with Pikachu, who previously defeated Sebastian’s Charizard. However, after Sebastian gives Charizard a dose of the R gas, Tim attempts to save Pikachu during the rematch after it becomes obvious that Pikachu cannot remember how to use his electric powers. Sebastian then mishandles the R gas and accidentally releases it into the stadium, causing havoc. Sebastian tells Tim that he got the R gas from “the doctor”.After confronting police lieutenant Hideo Yoshida about Harry’s apparent death and the possibility of his survival, Tim and Pikachu are brought before Ryme City’s benefactor Howard Clifford by his bodyguard Ms. Norman, who reveals to them that Harry indeed survived his car crash, which was caused by an attack from a recently escaped Mewtwo, which took him away and left Pikachu with amnesia. Howard warns them of his son, Roger, who he claims is in de facto control of his company and the city.Pikachu and Tim recruit Lucy and her Psyduck on an expedition to the lab facility Harry was investigating, where they learn Sebastian’s “doctor”, Ann Laurent, was a researcher aided by Harry, who had been experimenting on Mewtwo, recaptured after escaping 20 years earlier. They are soon attacked by several Greninja who chase them out of the building, but are fended off by Psyduck. They then escape a field of colossal Torterra, but Pikachu is gravely injured. Tim manages to communicate with a Bulbasaur and takes Pikachu to a clearing in the forest where they are greeted by Mewtwo, who heals Pikachu and restores some of his memories, which show that he was the one who released Mewtwo from the lab. Mewtwo attempts to reveal its intent, but is captured by Roger. Thinking that he betrayed Harry to a vengeful Mewtwo, Pikachu leaves Tim while the others return to Ryme City to warn Howard. Pikachu comes across the area where Harry’s car crash occurred, and finds evidence that the Greninja attacked Harry, not Mewtwo.Tim reaches Howard, but learns too late that he intends to transfer his consciousnesses into Mewtwo and use its powers to fuse Pokémon with their owners, with the assistance of the R gas, believing that he will help both species to reach the next stage of their evolution. Howard also explains that he hired Harry to help capture and experiment on Mewtwo in order to perfect the mind transfer device under the guise of finding a cure for Howard’s deteriorating health, but Harry and Pikachu began to figure out what was really going on and helped Mewtwo escape, so Howard had him killed. Tim also learns that “Roger” and Ms. Norman have both actually been the same shape-shifting Ditto, with the real Roger having been tied up, gagged, and hidden. As Howard in Mewtwo’s body starts fusing humans with Pokémon, Pikachu arrives and finally summons his electricity powers to battle Mewtwo, Tim defeat Ditto by spreading R gas cylinder to Ditto and fending off Mewtwo long enough for Tim to free Mewtwo from Howard’s control. Mewtwo restores everyone to normal while Howard is arrested by the police. After Lucy and Tim make plans to celebrate, it is revealed that Mewtwo had kept Harry’s body and fused his consciousnesses with Pikachu’s because he was injured from the crash after Pikachu begged Mewtwo to help him, losing both their own memories by result. Mewtwo states that while it still thinks humanity is evil, this ordeal has taught it that not all humans are bad. After Mewtwo unfuses and restores them and leaves, a fully revived Harry offers Tim the chance to return home, but Tim decides to stay in order to learn how to become a detective and spend time with him and Pikachu. 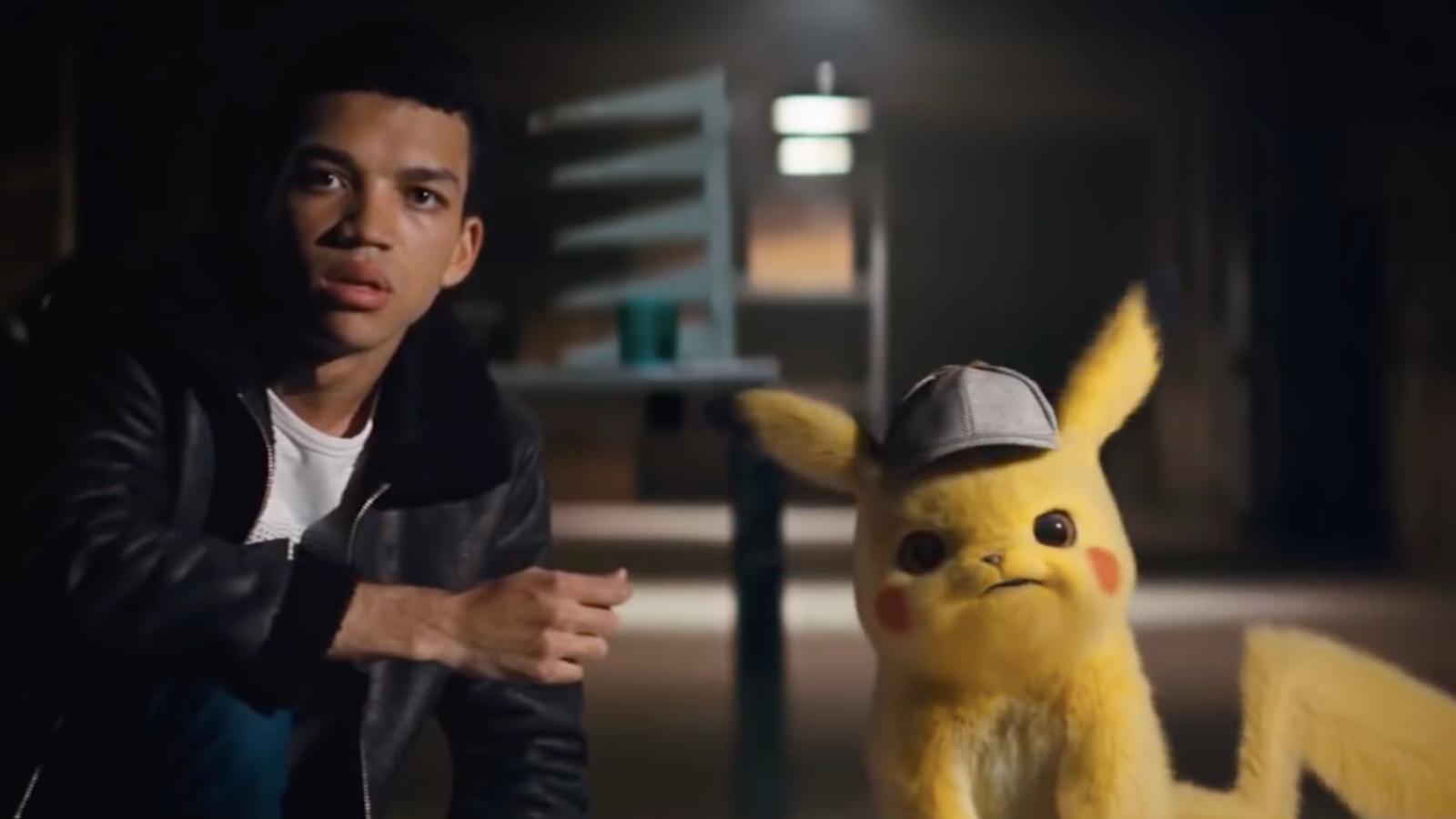 Detective Pikachu stays true to its source material, and it tells a heart-warming story, accompanied with great visuals and some great comedy. If something, this movie might have broken the bad quality videogame-based movies 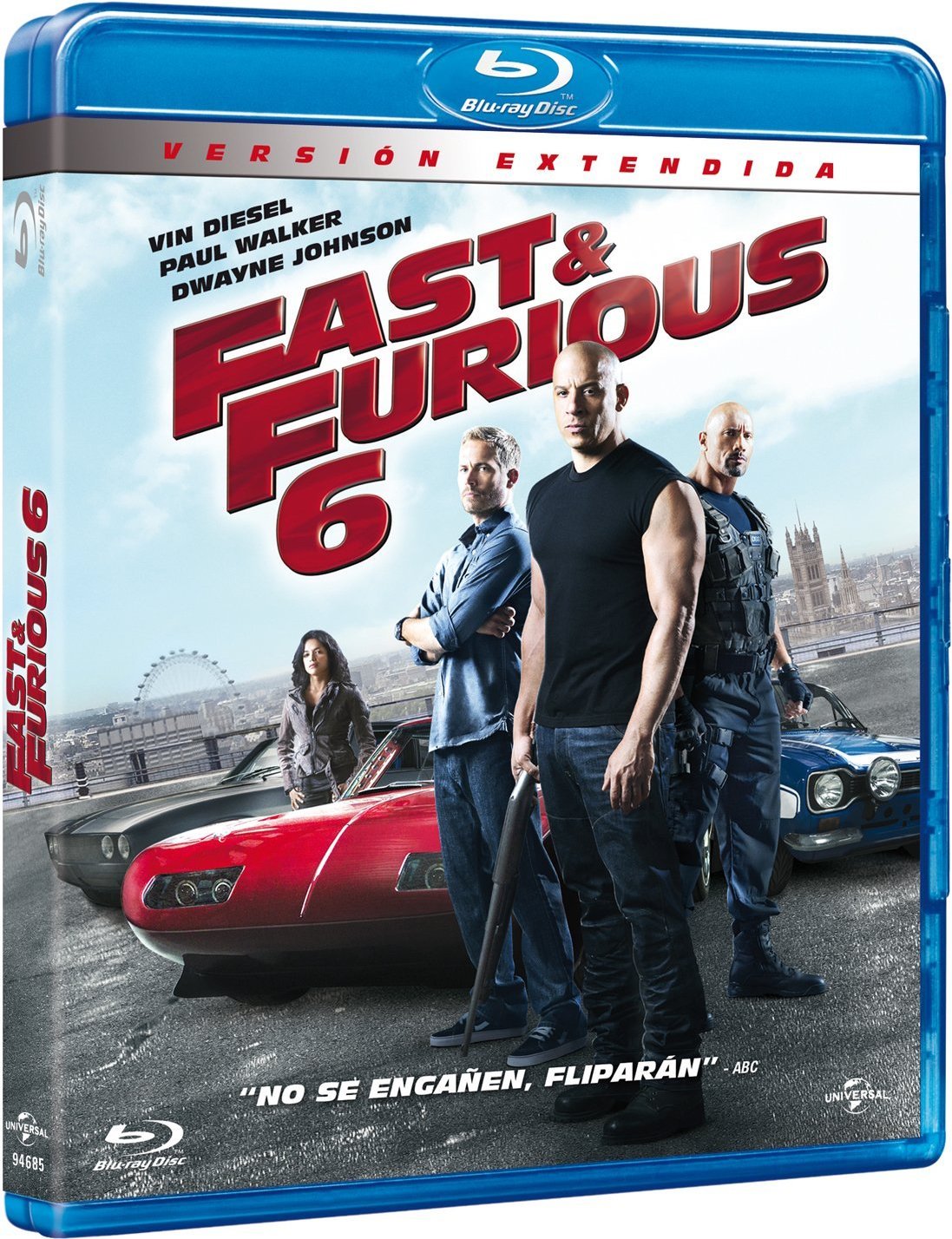 Following their successful heist in Brazil, Dominic “Dom” Toretto and his professional criminal crew have fled around the world: Dom lives with Elena; his sister Mia lives with Brian O’Conner and their son, Jack; Gisele and Han live together; and Roman and Tej live in luxury. Meanwhile, DSS agent Luke Hobbs and Riley Hicks investigate the destruction of a Russian military convoy by a crew led by former British SAS Major and special ops soldier Owen Shaw. Hobbs persuades Dom to help capture Shaw by showing him a photo of the supposedly long-dead Letty Ortiz, Dom’s former lover. Dom and his crew accept the mission in exchange for their amnesty, allowing them to return to the United States.In London, Shaw’s hideout is found, but this is revealed to be a trap, distracting them and the police while Shaw’s crew performs a heist at an Interpol building. Shaw flees by car, detonating his hideout and disabling most of the police, leaving Dom, Brian, Tej, Han, Gisele, Hobbs, and Riley to pursue him. Letty arrives to help Shaw, shooting Dom without hesitation before escaping. Back at their headquarters, Hobbs tells Dom’s crew that Shaw is stealing components to create a deadly device, intending to sell it to the highest bidder. Meanwhile, Shaw’s investigation into the opposing crew reveals Letty’s relationship with Dom, but she is revealed to be suffering from amnesia. Dominic’s crew learns that Shaw is connected to a drug lord who was imprisoned by Brian, Arturo Braga. Brian returns to Los Angeles as a prisoner to question Braga, who says Letty survived the explosion that seemingly killed her; Shaw took her in after discovering her amnesia. With FBI help, Brian is released from prison, regrouping with the team in London.Dom challenges Letty in a street racing competition; afterwards, he returns her cross necklace he had kept. After Letty leaves, Shaw offers Dom a chance to walk away, threatening to otherwise hurt his family, but Dom refuses. Tej tracks Shaw’s next attack to a Spanish NATO base. Shaw’s crew assaults a highway military convoy carrying a computer chip to complete his deadly device. Dom’s crew interferes while Shaw, accompanied by Letty, commandeers a tank, destroying cars en route. Brian and Roman manage to flip the tank before it causes further damage, resulting in Letty being thrown from the vehicle and Dom risking his life to save her. Shaw and his crew are captured, but reveal Mia has been kidnapped by Shaw. Hobbs is forced to release Shaw, and Riley, revealed to be Shaw’s covert accomplice, leaves with him; Letty chooses to remain with Dom.Shaw’s group board a large moving aircraft on a runway as Dom’s crew gives chase. Dom, Letty, and Brian board the craft; Brian rescues Mia, escaping in an onboard car. The plane attempts take-off, but is held down by excess weight as the rest of the team tether the plane to their vehicles. Gisele sacrifices herself to save Han from Shaw’s henchman; Letty kills Riley and escapes to safety, but Dom pursues Shaw and the computer chip. As the plane crashes into the ground, Shaw is thrown from it, seriously injuring him, and Dom drives a car out of the exploding plane. Dom reunites with his crew, and gives the chip to Hobbs to secure their pardons. Dom and the others return to his old family home in Los Angeles. Hobbs and Elena, now working together, arrive to confirm the crew’s freedom; Elena accepts that Dom loves Letty. As Roman says grace over the crew’s meal, Dom asks Letty if the gathering feels familiar; she answers “no, but it feels like home.” In a mid-credits scene, which takes place in Tokyo, Han is involved in a car chase when he is suddenly broadsided by an oncoming car. The driver walks away from the scene after leaving Letty’s cross necklace by the crash, and calls Dom as Han’s car fatally explodes, saying, “You don’t know me. You’re about to.”It’s so rare nowadays that sequels improve and franchises get better, well Fast & Furious shows us it’s truth. This sixth addition lives up to it’s speedy natured title yet again with furious action sequences that will excite audiences from the epic scale convoy heist to the knockout plane finale, it’s all so over the top and that’s exactly what you want.