The 33rd entry in Toei’s Super Sentai franchise. For eighteen generations, the Shiba household have protected the world from the evil forces of the Gedoushu – monsters that enter our world through cracks and plan to flood the world with water from the Sanzu river (which is essential to their survival). In present day, their leader Doukoku Chimatsuri is freed from his seal and intends to continue this ambition. Takeru Shiba, the youngest head of the Shiba clan and ShinkenRed, must gather together his four vassals (servants from other households) to fight the forces of the Gedoushu. Initially Takeru maintains aloof and detached from his vassals, preferring to fight alone. But as the story progresses and Takeru’s childhood friend Genta joins the Shinkengers as ShinkenGold, Takeru becomes far more comfortable around people, beginning to treat them as friends. But Takeru is different from the lords that have preceded him, and the vassals slowly learn that his dark secret may be the reason for the way he has acted.

Before I begin dissecting the plot, I have to say that Samurai Sentai Shinkenger is one of the most visually pleasing series I’ve watched in a while. I’m a huge fan of the costumes themselves – which give off a nice Samurai flavour without being too heavy or over the top,  and each have an unique symbol for the visor. Each are very distinct from each other, but maintain a very nice sense of uniform. The origami mecha are also very well done, despite being restricted by the shapes each of them need to be able to transform into. Their combination, Shinken-Oh, has quickly become one of my favourite Super Sentai mecha. It’s a lot less universal than perhaps other series are, but one of its strengths lie in how uniquely Japanese it is. Aside from a few jokes which I found difficult to follow as a Westerner (Ebi Origami) it was still completely enjoyable and understandable, while teaching me a lot of new things about Japan and Samurai culture.

The plot itself is relatively serious, but is not opposed to diverging into moments of comedy relief now and again (Genta’s arrival really brings a new light to the series, and this firmly placed him as easily my favourite Shinkenger). The Shinkengers display a wide variety of character types, Ryunosuke (ShinkenBlue) as a loyal servant to his lord, competitive Chiaki (ShinkenGreen), big-sister Mako (ShinkenPink) and the clumsy but good-hearted Kotoha (ShinkenYellow). A few members of the Gedoushu even receive an ample amount of development – particularly Juzo, who is far more than a generic monster villain.

Because of the length of the series, its only natural that quite of the few of the episodes just come across as filler. However each of these episodes neatly manages to focus on one or two members of the main cast, and so none go without providing some form of character insight or development. 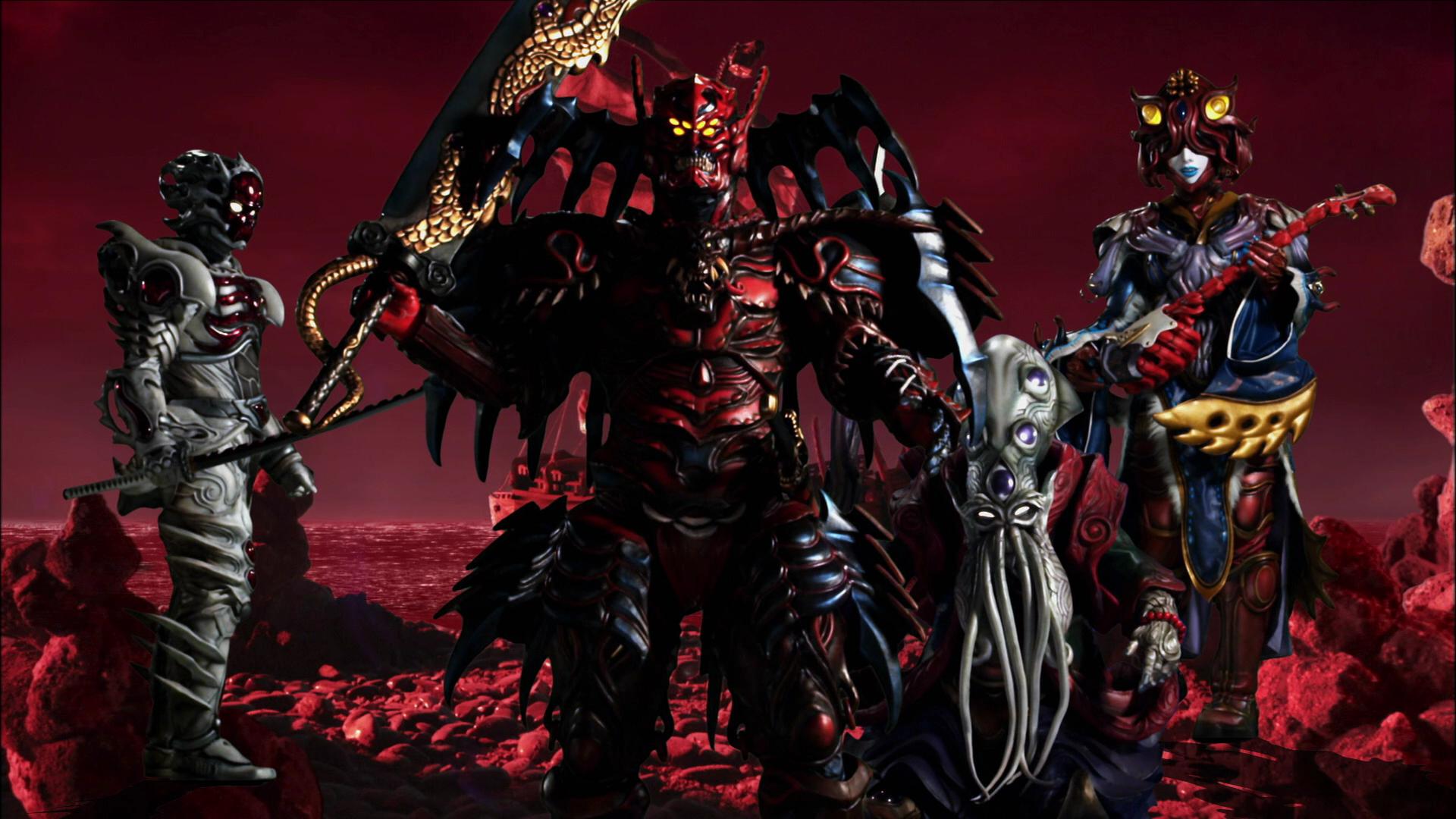 Another issue I found with the series was Doukoku, who in comparison to some of the other Gedoushu (particularly Juzo and Dayu, but later also Shitari and Akumaro) seems rather undeveloped. For the majority of the series he seems to do very little other than drink sake, shout a lot and occasionally moan about a hangover. When he suddenly appears on Earth for the first time toward the end of the series we finally get a look at how powerful he really is, but this is quickly dampened by him disappearing for several episodes so that Akumaro can take centre stage. Only in Shinkenger’s final acts does Doukoku really come into his own and seem like a true threat. While head monsters often don’t seem to do very much until the final episodes, atleast they’re usually calling the shots. 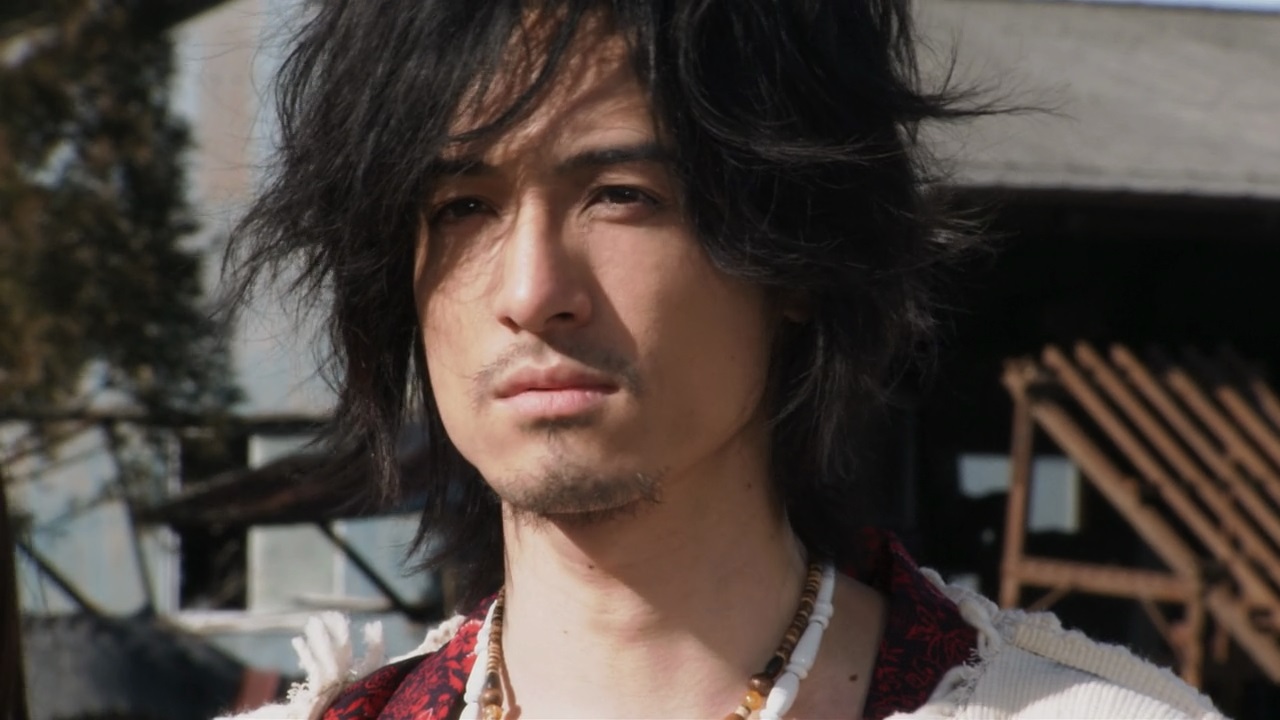 Shinkenger is  an excellent series that any fans of the genre should check out.

While heading to the store to pick up things for his fellow Gosei Angels and Nozomu, Alata finds himself fighting Nanashi and the Ayakashi Madakodama before he receives aid from Shinken Red. However, the fight is witnessed by a mysterious figure as Madakodama falls back. Thinking that Dokoku Chimatsuri has somehow returned, Takeru leaves to recall his vassals while accepting the Gosei Angels’ help. Setting up base in the Amachi Institute against his wishes, Takeru introduces Hikoma Kusakabe to the Gosei Angels as the others as they learn of the Gedoushu as Ryunosuke Ikenami is the first to arrive before the Gedoushu resume their attack. Using Bibi Soldiers to hold off the two Shinkengers, Madakodama attacks the Goseigers as Shinken Green arrives. However, the leader of the Gedoushu arrives, revealing himself not to be Dokoku but Buredoran. Now known as Buredoran of Chimatsuri, calling himself “Dokoku’s heir”. He battles Super Shinken Red before sticking his Bibi Bugs on the samurai and spiriting him away.

As Alata tries to convince Ryunosuke and Chiaki to help them, Eri and Agri pick up Mako while Hyde and Moune meet with Kotoha before the reunion is interrupted by Takeru. Although initially happy to see their lord, they are shocked when he transforms into Gedou Shinken Red (wearing a black version of his Super Shinken Red jacket), having been brainwashed by Buredoran, and attacks the Goseigers to his vassals’ shock. Takeru then turns his attention to the Shinkengers, who are too stunned to do anything, and prepares to attack them. However, Gosei Red takes the deathblow meant for them before Gosei Knight and Shinken Gold arrive to cover their escape.

With Alata’s wounds tended to as Gosei Knight suggests augmenting their Tensou Techniques to fight Madakodama, the vassals and Genta agree to fight alongside the Goseigers. The next day, the teams learn to combine their Tensou Technique and Mojikara abilities and manage to succeed as Alata comes to and assures Ryunosuke that everything would work out, as Kaoru Shiba arrives to take Alata away in order to work on a solution to the crisis. By then, as Buredoran’s plan to drown the Gosei World with the Sanzu River’s waters is revealed to Shitari’s shock, the two teams arrive to stop it only to be forced to fight Gedou Shinken Red in order to hold him until Gosei Red arrives and uses a Mojikara-powered Flametornado Card provided by Kaoru to free Shinken Red from Buredoran’s hold. The two teams proceed to fight their way through the Bibis and Nanashi.

First appearance of the Gokaigers

As the others use their Tensou Technique/Mojikara combos to overpower Madakodama, Super Gosei Red and Hyper Shinken Red manage to defeat phantoms of Buredoran’s Warstar and Yuumajuu guises before regrouping with the others to finish the fight with the Super Shinkengers and a Miracle Gosei/Knight Dynamic combo. As this occurred, sent ahead of the others and getting lost, DaiGoyou witnesses the platoon of Gedoushu that Shitari gathered to reclaim the river. However they are confronted by a group of pirates called the Kaizoku Sentai Gokaiger who wipe out Shitari’s troops quickly. They then transform into past Red heroes and Gokai Red uses the Go-On Red powers to summon the Kankan Mantan Gun with which Shitari is finally destroyed for good. The Gokaigers then spot DaiGoyou watching them and ask him to keep their presence a secret before leaving. 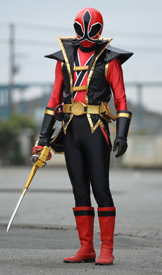 In order to allow them to defeat Buredoran and Madakodama, the Goseigers use a special card to provide Takeru’s vassals each with the power to transform into their Super mode (including Genta for the first time) and combining their powers the two are beaten, however Buredoran sends Sanzu River heading towards the portal to Gosei World. Takeru suggests to his vassals that they use the sealing character to push back the Sanzu waters, confident that they are strong enough together to use it. The Goseigers then use their defence cards to close the portal, and by combining their efforts, Gosei World is saved. However at this point Buredoran enlarges with the Bibi Bugs while Madakodama assumes his second life. The assembled teams battle in Ground Gosei Great and Daikai ShinkenOh with DaiGoyou and Datas Hyper providing backup. Though Madakodama is destroyed, Buredoran survived and attempts to destroy the robots with his signature attack. With the Shinkengers’ encouragement, the Goseigers form Ground Hyper Gosei Great and manage to take down Buredoran with the Mojikara Headder Strike.

Later, the Shinkengers and Hikoma bid a final farewell to the Goseigers and Datas before leaving. The Goseigers remark on how close a samurai’s bond is, and Alata suggests they all become samurai. However the others don’t like the idea of Alata being their lord, so the idea is quickly dropped and the friends head back to the Amachi Institute.