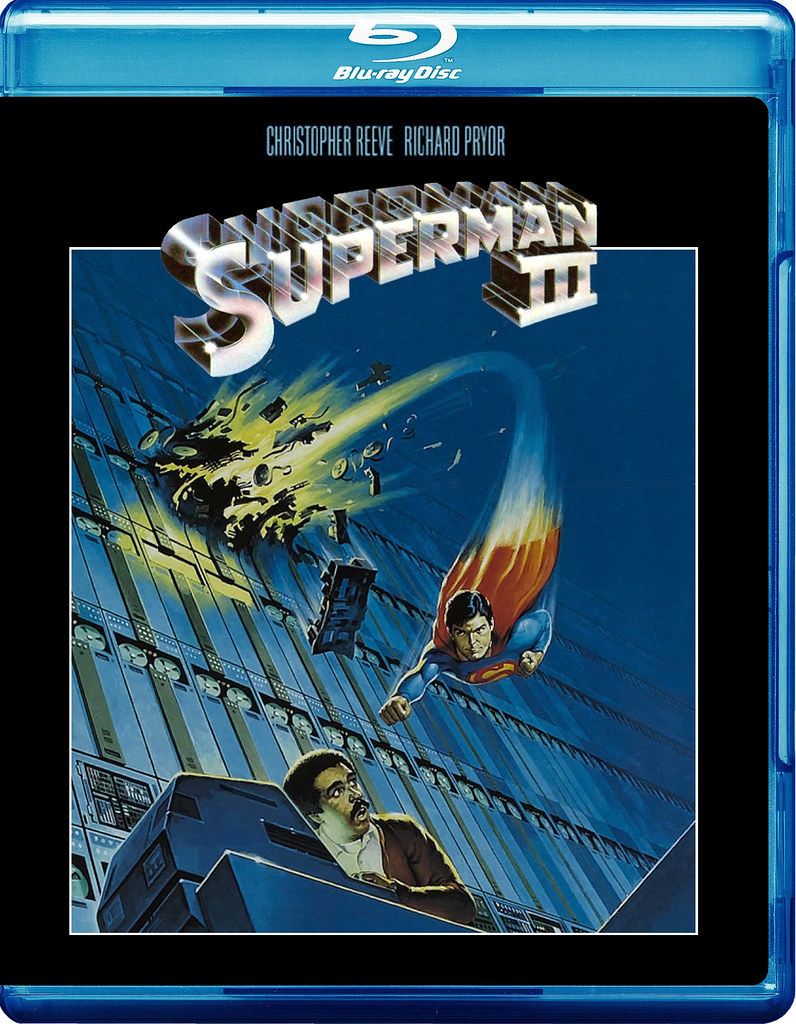 For a sequel that takes place on such a grand scale, Richard Lester’s ”Superman III” is surprisingly offhand. It’s almost as though Superman, now that all the zap! and pow! and boom! are behind him, has shed his comic-book pizazz to become an ordinary fellow. He seems to spend much more time as Clark Kent in this installment, for one thing. For another, even when he does perform miracles – freezing a lake with his icy breath in one episode, then flying the instant glacier to the scene of a chemical fire – the action is somewhat lowkey.

This film’s Superman is a fellow who, while the fire blazes, will stand patiently in a laboratory listening to a scientist explain about the flash point at which certain volatile substances will explode. Not that Superman, who is once again played smashingly by Christopher Reeve, shouldn’t know his share of chemistry – it’s just that he began as a comic-book character, and he is one still, for all the extra color and vitality these films have given him. He’s a man of action, first and foremost, and there’s nothing wrong with a little cartoonish enthusiasm to accompany his adventures. Yet even the musical flourishes in ”Superman III” are unaccountably mild.

The film begins with a Rube Goldbergish chain of accidents that finally calls for the presence of you-know-who, whose arrival ought to be heralded with plenty of fanfare. Mr. Lester directs the mishaps with a charming ease, but he makes Superman’s entrance relatively nonchalant, too.

The screenplay, by David and Leslie Newman, divides itself between the activities of the hero and his new set of adversaries. But this time the villains have an edge: Richard Pryor. Mr. Pryor very appealingly plays a down-on-his-luck dishwasher (he’s first seen in a funny scene on an unemployment line) who discovers he has a great talent for computers and whose abilities are not lost on the ridiculously rich industrialist from whose company he has embezzled a little spending money. (He spends it on a hot new red convertible, which is how the industrialist catches him in the first place.) This wealthy villain, played nattily by Robert Vaughan, is so rich he’s never worn the same socks twice. He even has his own rooftop ski slope right in the middle of downtown Metropolis, which makes for one of the film’s more inspired sight gags.

The film divides itself, a little too strenuously, between the computer intrigue masterminded by Mr. Vaughan and some of Superman’s own story. As Clark Kent, Superman attends his high-school reunion in Smallville, takes up with an old flame, Lana Lang (Annette O’Toole), while Lois Lane is on vacation and has a personality crisis brought on by some quasi-Kryptonite Mr. Pryor has devised. As a part of this development, he turns up in a dirty maroon cape, guzzles beer, chases women and spitefully straightens the Leaning Tower of Pisa. These imaginative developments culminate in a nasty fight between Superman and Clark Kent, who like the good and bad sides of Darth Vader, must slug it out for dominance. Along with computer tricks, a number of which ‘Superman III also contains, split personalities seem to be big this summer.Anyone who has been following the ”Superman” saga will find this installment enjoyable enough, but alot of the magic is missing. At its best, the series has relied on humor, enthusiasm, big, bold colors and the amazingly apt presence of Mr. Reeve. This time, there are Mr. Pryor and the Grand Canyon and a bit more psychological dimension, all of them worthwhile but none strictly necessary. His simplicity remains the Man of Steel’s greatest and most underrated superpower.