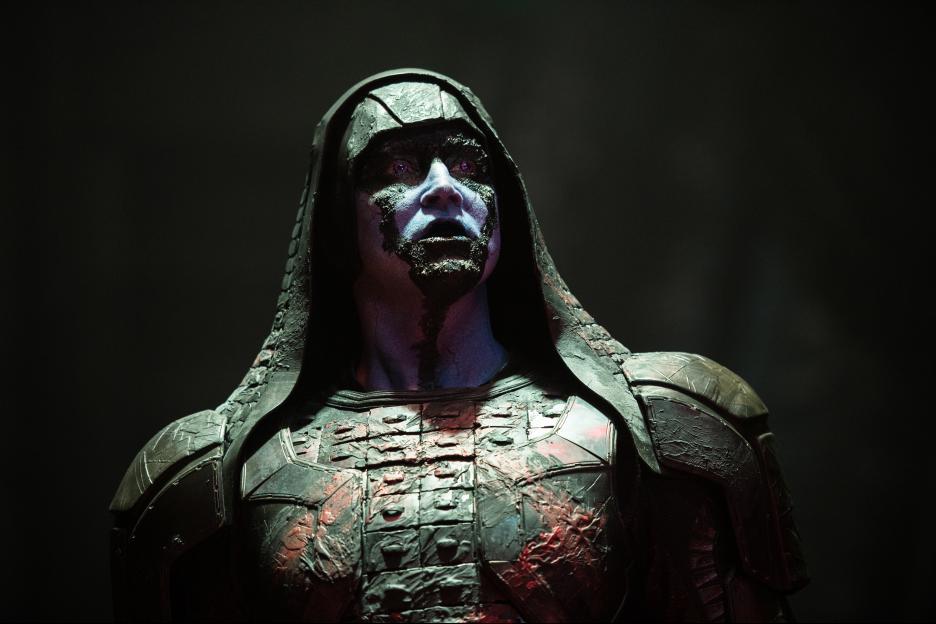 Guardians of the Galaxy stars are a loosely shaped band of intergalactic scoundrels who go from being bad guys to heroes despite their own penchant for greed and self-preservation. Amongst them is a cosmic kidnapping victim who goes by Star-Lord, a terrible alias, which is why most folks call him by his Earth name, Peter Quill (Chris Pratt, Parks and Recreation). Stolen from his parents in the movie’s prologue, Quill has become a spacefaring thief and scavenger. He has recently struck off on his own, betraying his adopted crew to sell a mysterious metal orb and pocket the profits. This action sets off reverberations, angering the orb’s intended recipient, a brutal thug called Ronan (Lee Pace, Pushing Daisies), and landing a rather large bounty on Quill’s head. Ronan dispatches one of his minions, Gamora (Zoe Saldana, Star Trek), to get him the object. Blows are exchanged. Chris Pratt manages the physicality with a surprising ease, while also making it okay for those of us sick of Andy Dwyer to like the perfomer again. Zoe Saldana is at her most badass, continuing to prove that she should be the star of her own action franchise. (She was the only thing good in Colombiana). Further complications arise, however, when her efforts are derailed by the presence of the aforementioned raccoon and tree. 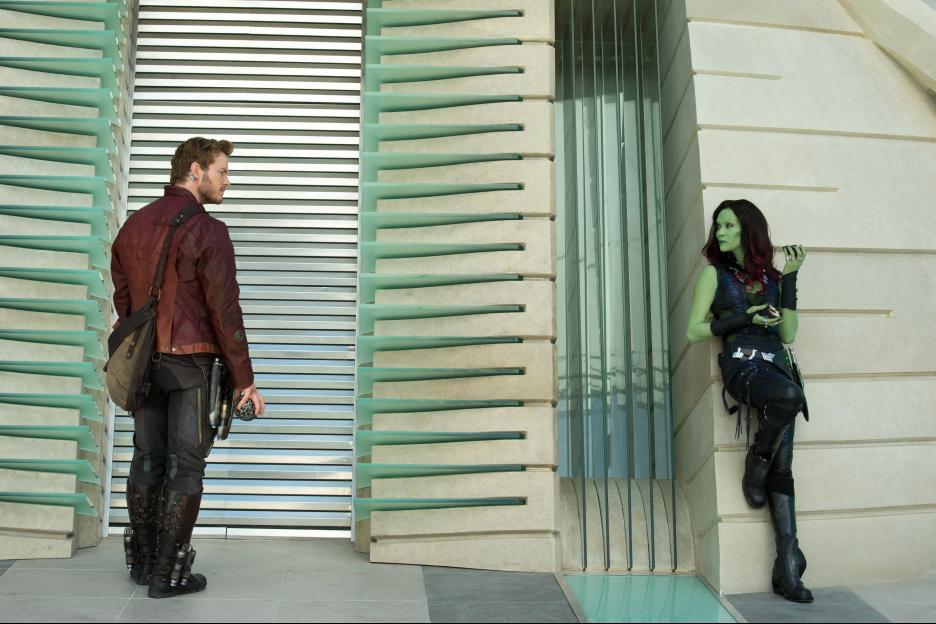 Rocket Raccoon and Groot (voiced by Bradley Cooper and Vin Diesel, respectively) are misfit bounty hunters who intend to collect on Quill’s head. Rocket is a violent little bastard who is the product of some sinister experiments, and Groot is a kindly wood creature who comes from parts unknown. These two steal the movie, I promise you. Cooper’s vocal performance has a glee and abandon I’d like to see from him in the flesh, and those who remember how Diesel tugged at our heartstrings doing similar work in The Iron Giant will be pleased to have him work his magic here, too. Groot can only say one phrase, “I am Groot,” and like Woo shouting out a certain obscenity when talking to Al Swearengen in Deadwood, how he says it is indicative of its meaning. The computer effects team for Guardians easily bests even Dawn of the Planet of the Apes for creating believable, fully realized creatures that simply should not be. 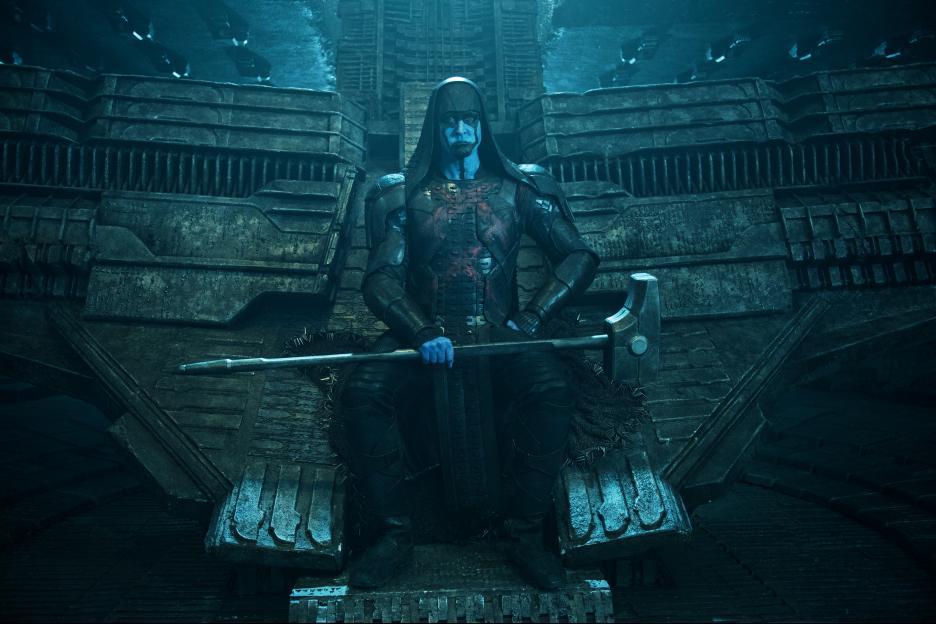 The four bad guys tussle on a peaceful planet, and end up arrested. It’s in prison that they find their fifth Guardian, a shirtless bruiser called Drax the Destroyer (wrestler Dave Bautista) who has a grudge against Gamora’s former employer. He agrees to stave off killing her and go along with their prison break if it means they’ll take him to Ronan. And so an unlikely group of heroes is born.The basic plot of Guardians of the Galaxy, which was co-written by Nicole Perlman and director James Gunn (Slither, Super), follows the Guardians as they first try to keep the orb out of Ronan’s hands and then, after they simultaneously lose it and discover what it really holds, get it back before he begins a path of destruction across the universe. The main genre is more adventure than sci-fi, and the tone lighter and more comic than a lot of recent superhero movies, but that’s what makes Guardians of the Galaxy so refreshing.