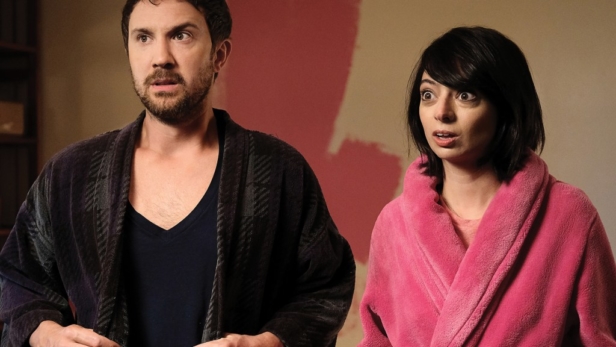 I’ve written before on the fact that a high percentage of today’s horror movie protagonists could avoid danger altogether if they simply avoided moving house, or recognised that certain types of incidents happening in a house might signal that it’s time to leave. Branches reaching in through the windows? A tree surgeon cannot help you there. Blood coming out of the taps? Don’t rely on a plumber to set that one right. So if a complete stranger came into your house, presented you with some kind of challenge and then eviscerated himself in your bathtub, what would you do? And if you didn’t move out straight away, what would your response be the second time it happened?

Claire (Big Bang Theory alumna Kate Micucci) and Paul (sometime Jimmy Olsen Sam Huntington) have left their old house in Ohio to experience city living. They’ve found a place that’s really cheap despite being in a great location, but there’s a reason for that. Ever since the great guru Storsh killed himself in the bathtub in an attempt to spread his message to new believers, his followers have been intent on doing the same; the landlady despairs of ever being able to keep a tenant. But after Claire picks up the holy book left behind by one of the faithful, she’s inspired by what she reads, and the couple decide that not only are they not going to leave, they’re going to try to help the seekers of enlightenment on their way. 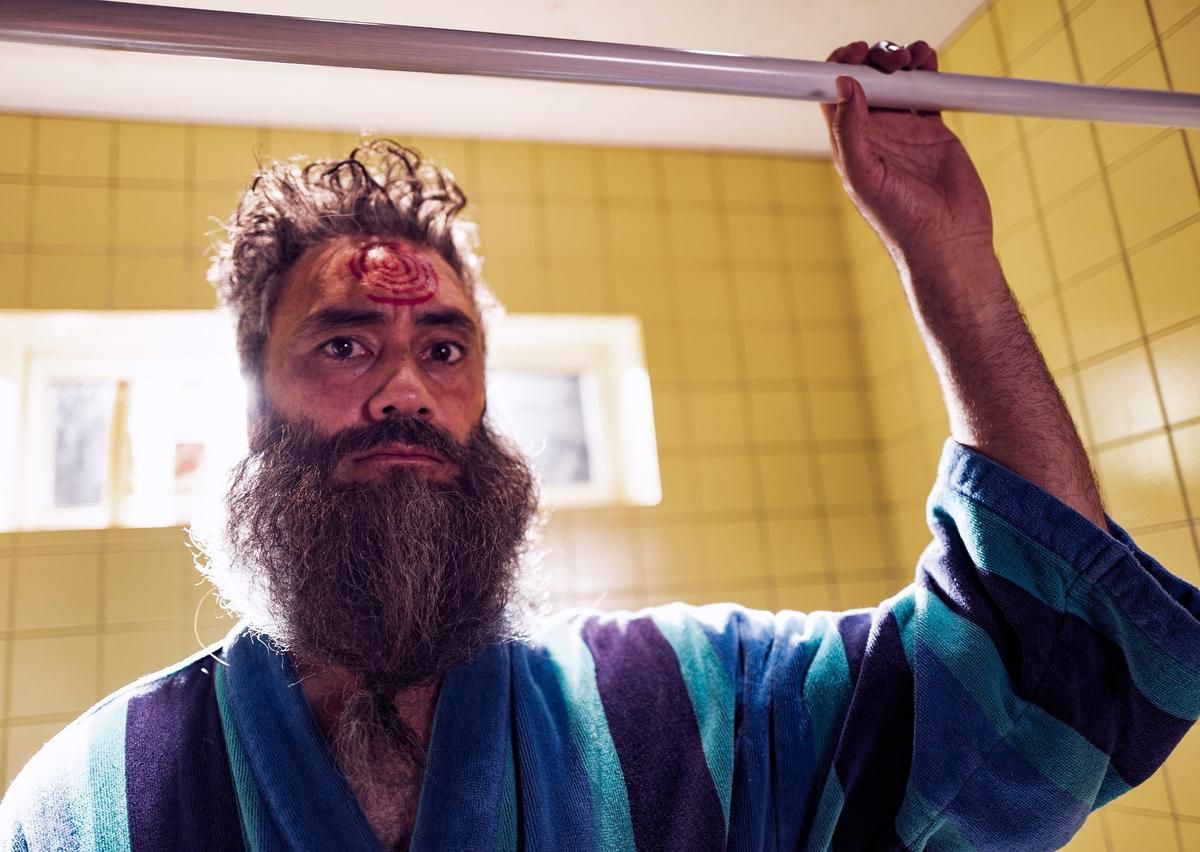 Split neatly into the seven stages by colourful title cards, this Cinepocalypse 2018 pick is essentially a romantic comedy whose sweet but daffy characters struggle to strike a balance between mutual devotion and independence as they deal with cult suicides and the challenges of modern working life. To complicate matters, they also have a detective (Dan Harmon) sniffing around, wondering how one of the suicides managed to stab herself in the back, and Claire’s claim that she can make him a Hollywood scriptwriter by showing his scribblings to Wesley Snipes is only going to be sustainable for so long. It’s at times like this that turning to a guru for guidance becomes really tempting.

Where does one find an actor who can make a guru like this believable, absurd and unhinged and yet somehow reasonable as he is? Enter Taika Waititi, equipped with a spectacular beard, his Storsh ready to dish out advice from beyond the grave. Though we only see him in a few short scenes, his presence is felt throughout, and his strange authority helps to balance out the mania of the central performances. The frantic pacing of the film might be a bit exhausting if you’re over six (and the blood a bit daunting if you’re under it) but if you can stick with it, there’s plenty here to enjoy. Those for whom it hits the spot are likely to return to it again and again. You certainly won’t find much else in the same vein.