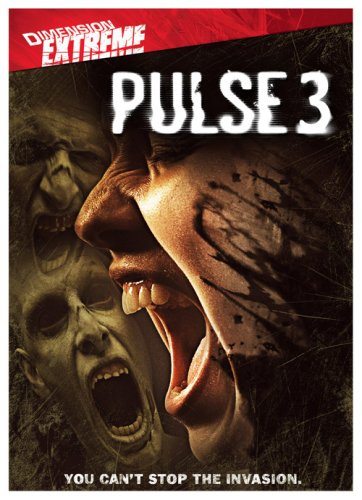 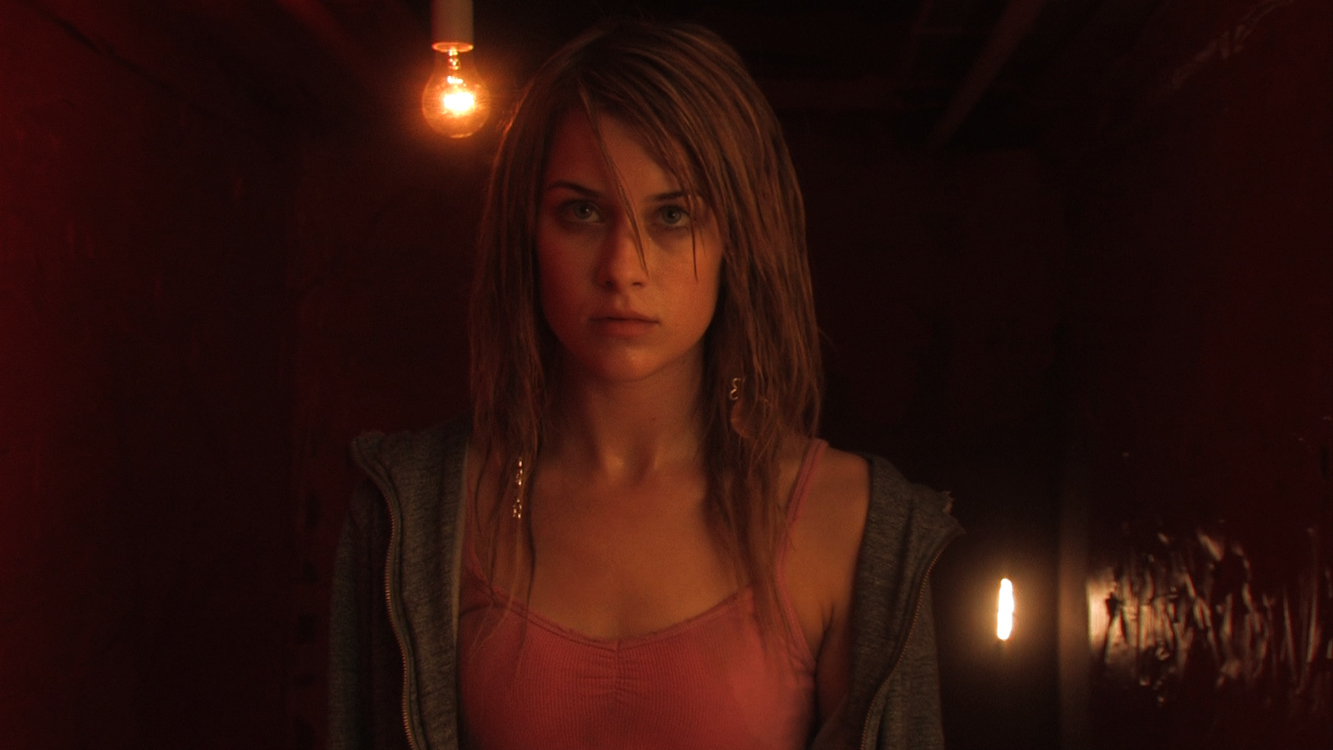 Seven years into the invasion, humankind has fled the cities where billions have died from a plague spread through the internet. Justine dreams of a life beyond her squalid refugee camp where all technology is taboo. She discovers the last working laptop and opens it like Pandora’s box. Someone is waiting for her online. And that someone wants desperately to meet her. 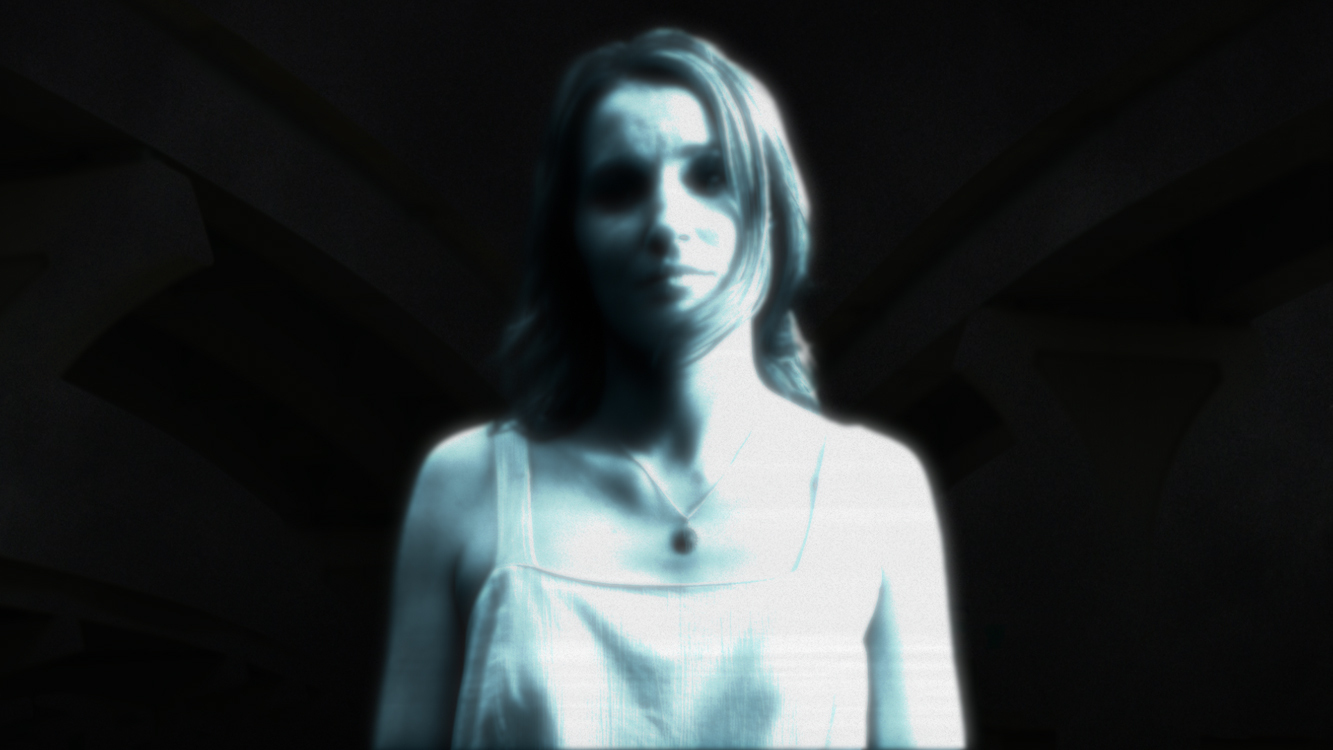 The only catch, she must return to the city. With a longing that surpasses fear, Justine embarks on a terrifying journey back to the heart of where it all began. What waits there is something she could not possibly have imagined. 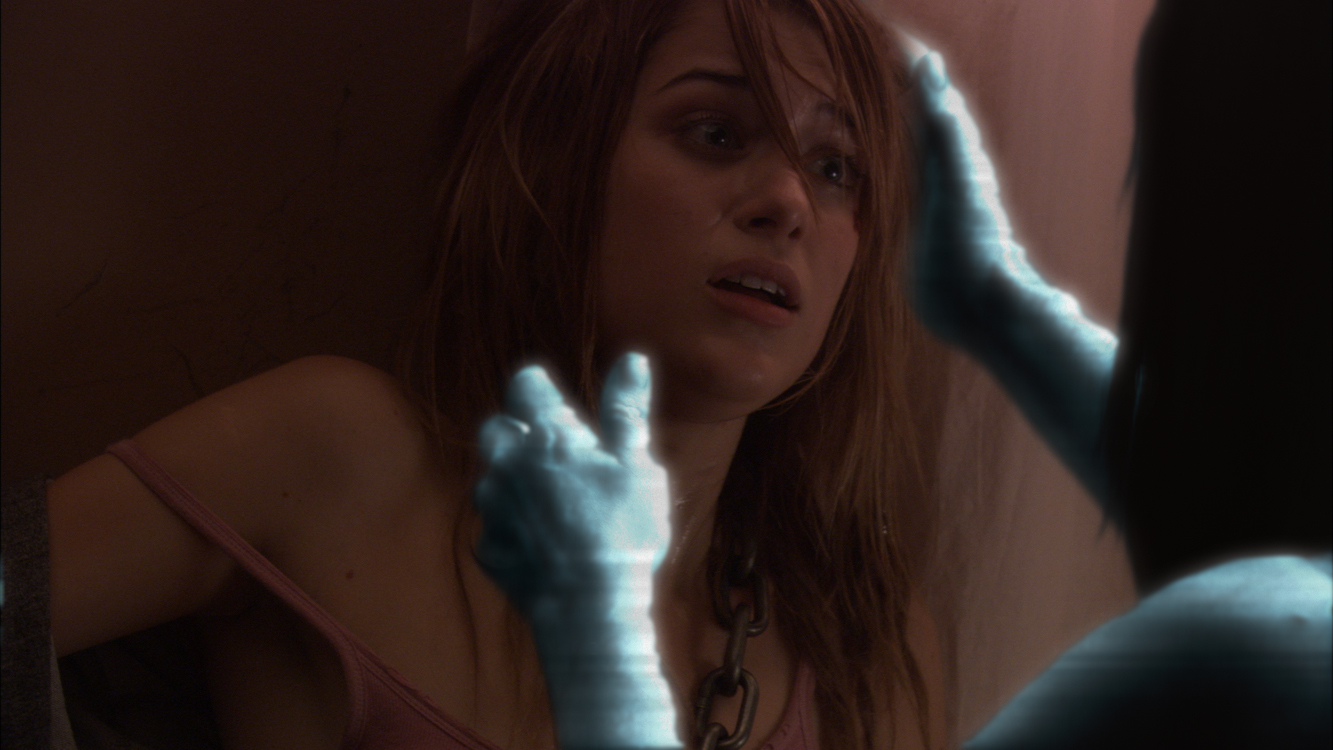 Pulse 3 had the same look as the second and i could have lived with that but man does the story suck. The fact i as a previous Pulse fan hates it tells you something. The story is boring, bad acting, hopeless story that is both predictable and just plain stupid and the film just isn’t any fun to watch. There are plot lines that defy any logic and mixed with bad acting it is a chore to watch. 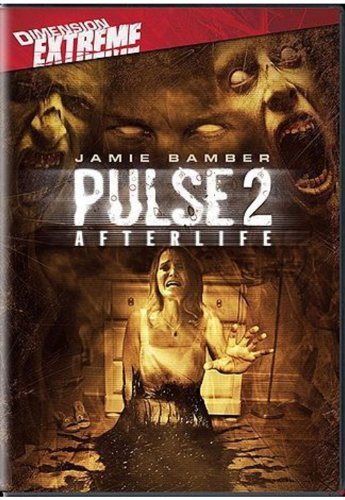 Stephen and his daughter Justine run from a wireless internet ghost of Michelle, Stephen’s late wife. The father and daughter stay at Stephen’s cabin, away from the city. A short while after they get there, Stephen’s girlfriend Marta arrives. As Stephen and Marta are about to get intimate, a laptop sitting on the table turns on, revealing continuous emails to Stephen from Michelle. Marta ends up hitting the laptop with a golf club, but while everyone is asleep Stephen picks up the laptop and sends an e-mail to Michelle, causing her to appear at the cabin. Michelle kills Marta, but Stephen and Justine escape.

They are stopped by a man dressed in red, who commands Stephen at gunpoint to take him to a computer supply store and find a processor for him. With the processor, the man plans to find a solution for the world. Once Stephen completes this, the man gives him red tape and Stephen and Justine keep driving. They stop in the middle of a road, where Stephen covers the car in red tape. He and Justine fall asleep, but Stephen wakes up in the middle of the night to find the passenger-side door open and Justine missing. He manages to get Justine back before she touches her mother’s ghost and they race back to the car.

The next day, Stephen peeks through the tape and sees a bus destined to a refugee camp where wireless computer signals cannot reach. He and Justine get out, and he tells her to run straight to the bus. As they are about to reach it, Michelle appears. Stephen convinces his daughter that she should get on the bus and sacrifices himself to Michelle, saying that if she did not want to be lonely, she should take him and not their daughter. As she is about to touch his face, she backs off and disappears with a smile. Stephen is relieved and thanks her, but Marta’s ghost clings to him and takes his soul. Marta then backs off and Michelle is shown standing there smiling. Justine is safely in the bus with other refugees and escapees unscathed.

If you liked the first film this one will do nothing but upset you as they fail to match the emotional tone or thematic value of the first film. They also consistently violate the rules set forth by the first film as well as their own rules they make up in this one making me wonder if there was anyone at any time paying attention to the consistency of the film 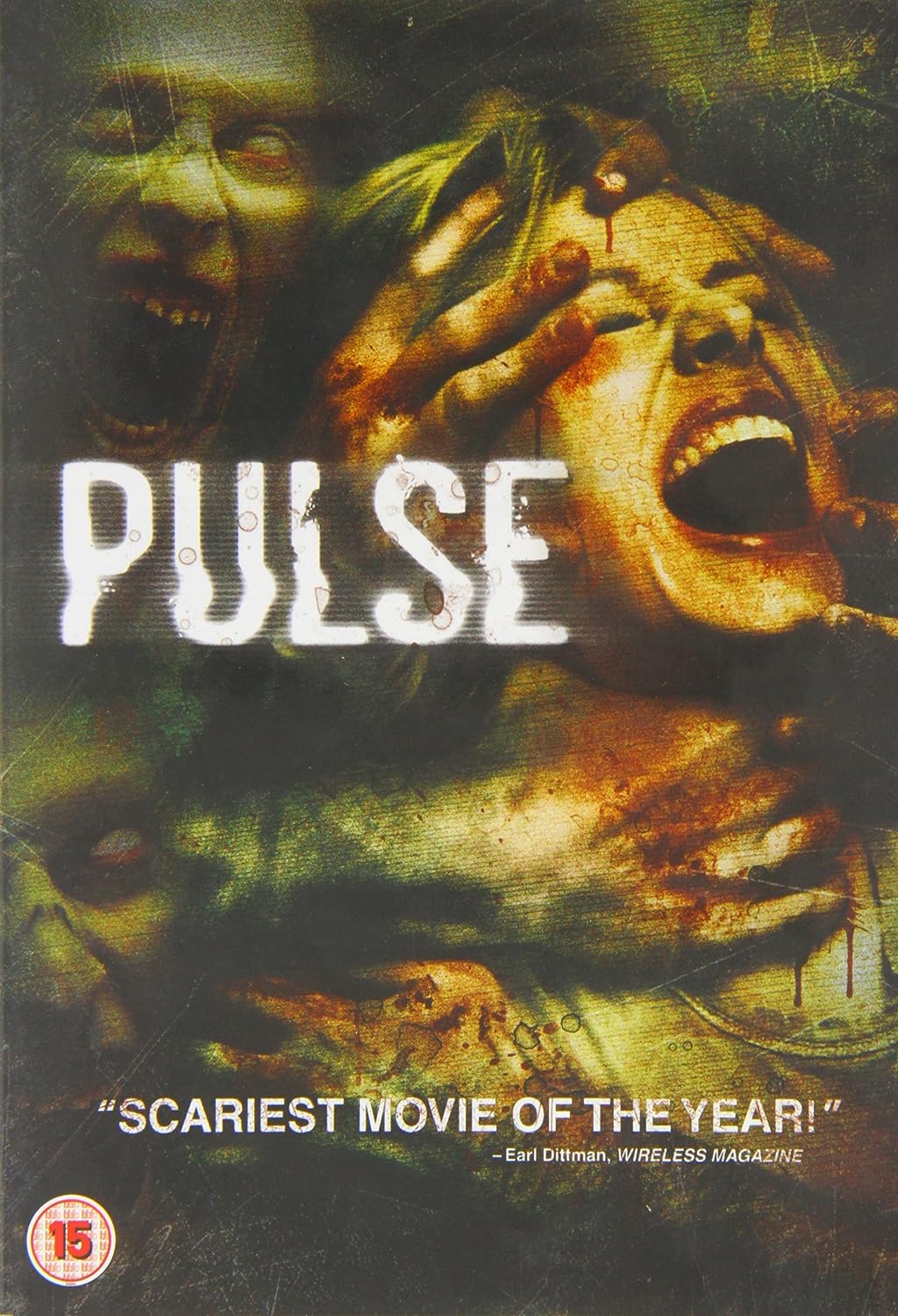 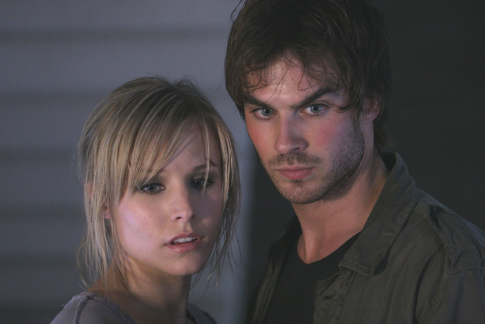 When Josh Ockmann (Jonathan Tucker) enters a dark university library intending to meet his friend Douglas Zeigler (Kel O’Neill), he is attacked by a humanoid spirit that sucks the life force out of him. Some days later, Josh’s girlfriend, Mattie Webber (Kristen Bell), visits his apartment, seeing evidence that it has not been well kept. Josh tells Mattie to wait in the kitchen while he walks off. While waiting she finds Josh’s pet cat, locked in a closet dying from severe malnutrition. But when she rushes to tell him, she finds he has committed suicide by hanging himself with an Ethernet cable. 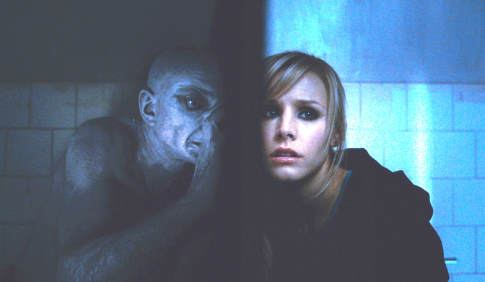 Mattie and her friends begin to receive online messages from Josh asking for help but assume that Josh’s computer is still on and that a virus is creating the messages. Mattie learns that Josh’s computer has been sold to Dex McCarthy (Ian Somerhalder), who finds a number of strange videos on the computer. Mattie receives a package that Josh mailed two days prior to his death. Inside are rolls of red tape and a message telling her that the tape keeps “them” out, although he does not know why. Later, Dex visits Mattie and shows her video messages Josh was sending to Ziegler. Josh had hacked Ziegler’s computer system and then distributed a virus. This virus had unlocked a portal that connected the realm of the living to the realm of the dead. Josh believed he had coded a counter to the virus and wanted to meet Ziegler at the library. Josh’s counter-program is found on a memory stick taped inside the PC case with red tape. 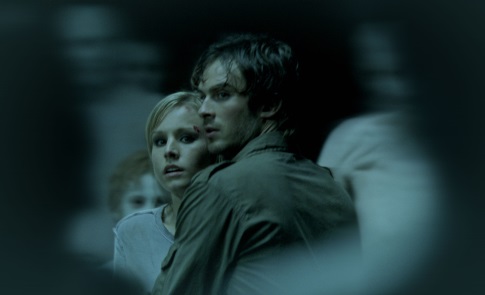 Dex and Mattie visit Zeigler and find his room entirely plastered in red tape. They believe the red tape keeps the spirits out. Zeigler tells them of a project he worked on where he found “frequencies no one knew existed.” Opening these frequencies somehow allowed the spirits to travel to the world of the living. Zeigler also tells them that these spirits “take away your will to live” and where to find the main server infected with the virus. Dex and Mattie find the server and upload Josh’s fix, causing the system to crash and the spirits to vanish. Moments later, however, the system reboots and the spirits return leaving Mattie and Dex with no option but to flee the city by car. Over the car radio, Mattie and Dex hear a radio report from the Army announcing the location of several “safe zones” where there are no Internet connections, cell phones, or televisions. As Dex and Mattie drive to a safe zone, the film concludes with a voice-over from Mattie saying “We can never go back. The cities are theirs. Our lives are different now. What was meant to connect us to one another instead connected us to forces that we could have never imagined. The world we knew is gone, but the will to live never dies. Not for us, and not for them,” and clips of abandoned cities, including a window of an apartment with Josh looking through it.

All the acting was up to the task without being exceptional. The story, while rather linear, was interesting enough to keep everything going, and I personally found the ending quite satisfying. It proves that horror does not merely have to need to have lots of gore, but can rely on an interesting premise.

The first story involves a young woman named Kudo Michi (Kumiko Aso) who works at a plant sales company. She has recently moved to the city and her main friends are her three colleagues, Sasano Junko, Toshio Yabe and Taguchi. At the start of the film, it appears Taguchi has been missing for some days working on a computer disk. Michi goes to visit his apartment and finds him distracted and aloof; in the middle of their conversation, he casually makes a noose, leaves and hangs himself. Michi and her colleagues inspect the computer disk he left behind and discover it contains an image of Taguchi staring at his own computer monitor, which is displaying an image of Taguchi staring at his computer monitor, creating an endless series of images. 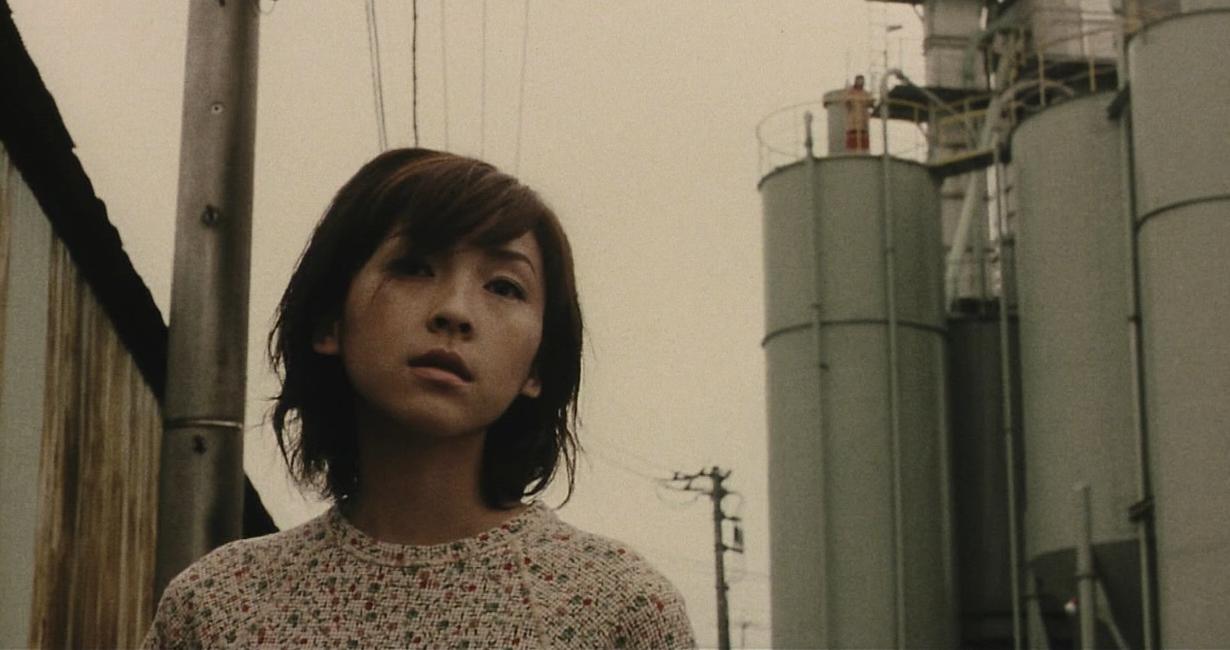 In the monitor, Michi and her friends discover a ghostly face staring out into Taguchi’s room. Yabe later receives a phone call that seems to be Taguchi saying “Help me”, over and over. He goes to Taguchi’s apartment and sees a ghostly black image on the wall. He notices a door sealed up with red tape and enters, encountering a ghost. Yabe shows up at work later depressed and uncommunicative, ultimately taking to hiding in his apartment. When Michi goes to check on him, she discovers that he has dissolved into a black mark on the wall similar to the one on Taguchi’s wall. Michi and Junko are soon alone at work; their boss has also disappeared. Doors with red tape are cropping up all over Tokyo. When Junko enters one of them, she is attacked by a ghost. Michi rescues her, but the encounter proves too traumatic for Junko, who dissolves into ash.

In the Second Story Ryosuke (Haruhiko Katô) is an economics student who has recently signed up to a new Internet Service Provider. His computer accesses a website by itself, showing him disturbing images of people alone in dark rooms, exhibiting bizarre, depressed behavior. That night, Ryosuke wakes up to find his computer on again; the site now shows a man with his face obscured by shadows, who is then replaced by a man with a plastic bag over his head. Before he pulls it off, Ryosuke unplugs his computer in panic. The next day, Harue Karasawa (Koyuki), a post-graduate computer science student, suggests he either bookmark the page or print the images for her to examine. Ryosuke attempts to follow her advice but finds that his computer will not follow his commands. Instead, a video plays of a man with a plastic bag on his head standing in a room with the words “HELP ME” written all over the walls. A fellow student mentions the appearance of ghostly-looking people around campus and explains his theory that souls have begun to invade the physical world. 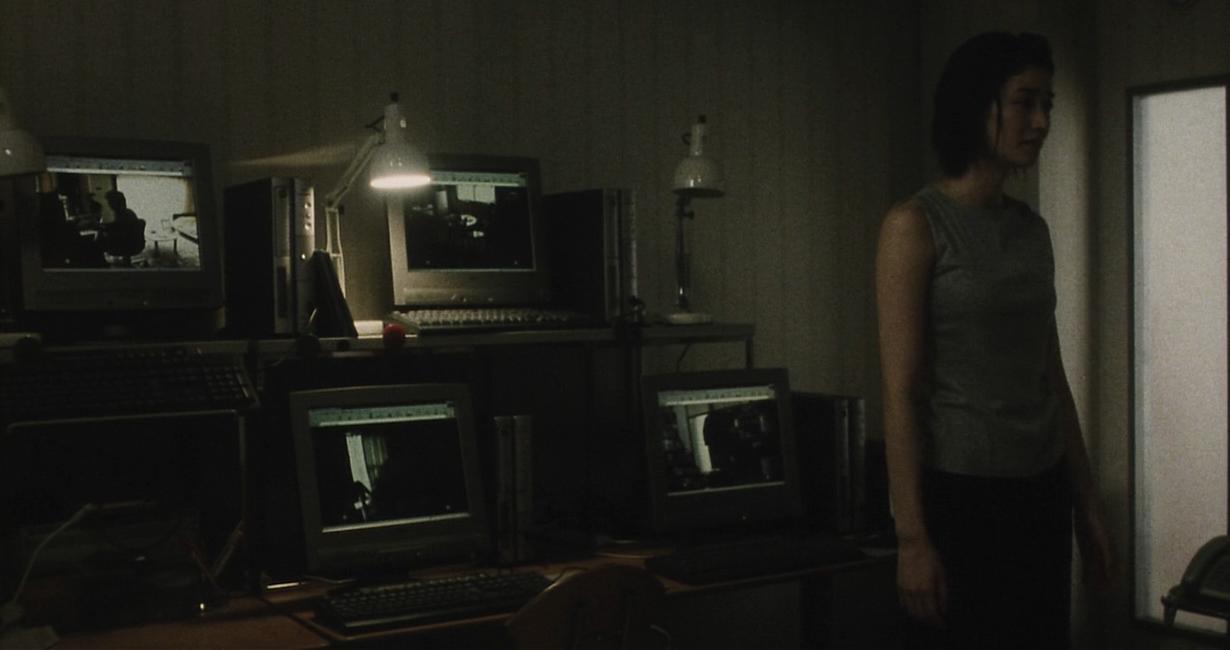 Harue begins exhibiting strange, depressive behavior and suggests that ghosts would want to save humans from the loneliness of the afterlife by bestowing immortality on them. Later that night, Ryosuke visits Harue to find her acting even stranger; the two try to escape to a faraway place using the subway. However, the train stops and Harue is seized by a desire to return home and flees. Upon returning to her apartment, she claims that she is “not alone”. When Rosuke bursts into her apartment later, she is gone. 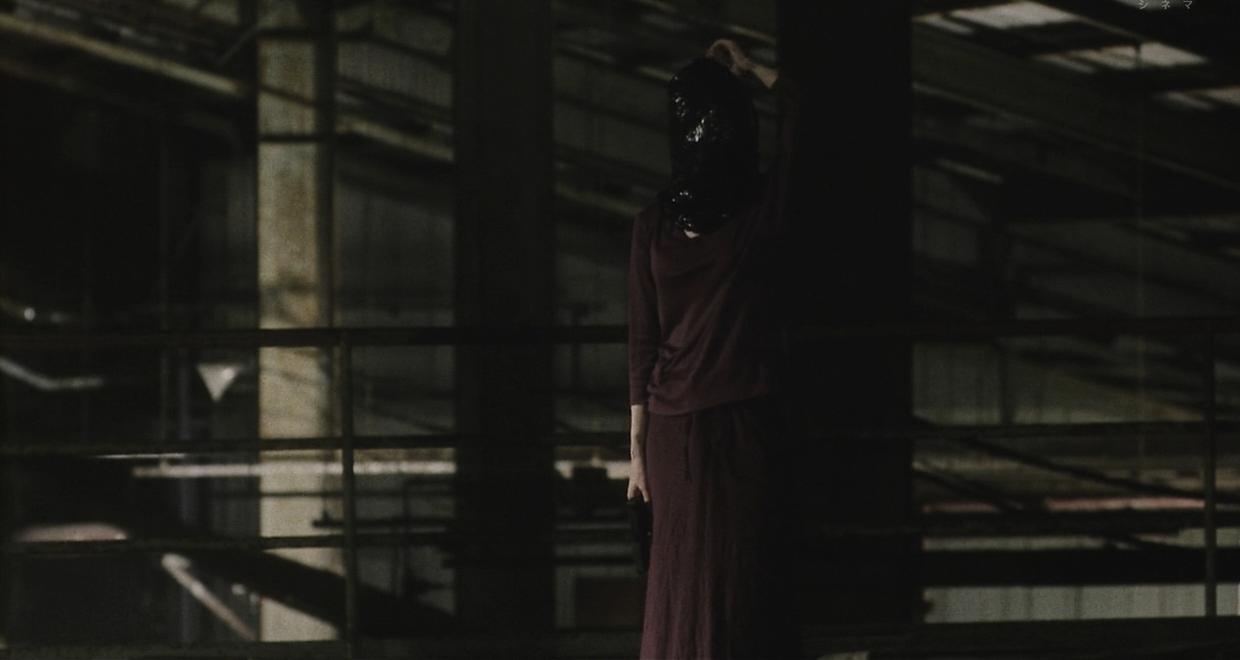 As more and more people begin to vanish, evacuations of Tokyo begin. There are ghosts appearing everywhere. Ryosuke meets Michi and they find Harue in an abandoned factory, where she shoots herself. Ryosuke later wanders through a door sealed up with red tape and encounters a ghost who explains that “death was eternal loneliness.” Ryosuke loses the will to live, and Michi has to drag him to safety. They drive through a burning Tokyo, encountering numerous apocalyptic scenes : the sky turns black, a US Army C-130 cargo plane crashes out of the sky, and people leap to their deaths from tall buildings. The pair find a ship about to depart Tokyo, crewed by a small group of survivors who tell them that similar events are happening all over the world. As the ship heads for Latin America, Ryosuke and Michi go below deck, where Ryosuke disintegrates into ash. 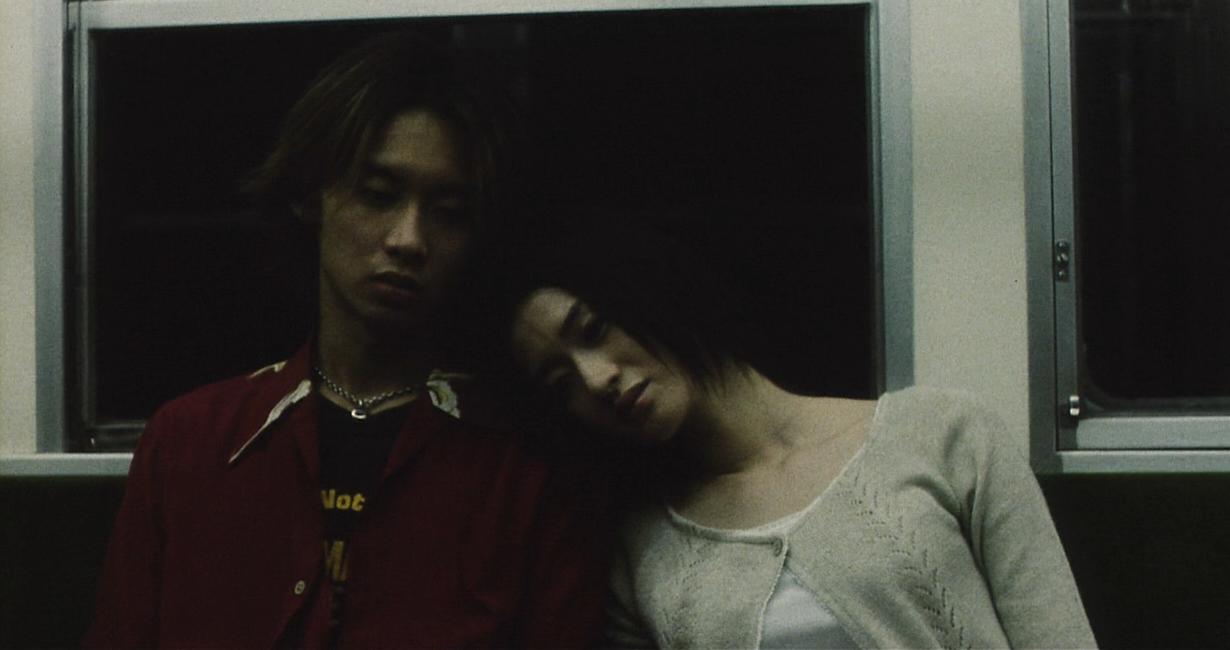 The movie is a major cinematic effort, one deserving of the words stated before: If problematic pacing that eventually reveals its motives, scattershot narratives that end up coming together brilliantly, and difficult questions answered in equally challenging ways are not your idea of entertaining cinema, then by all means, skip Pulse/Kairo. But if you are willing to be challenged, to have your mind opened to brave and brazen issues executed with intelligence and style, this is the film you’ve been waiting for.