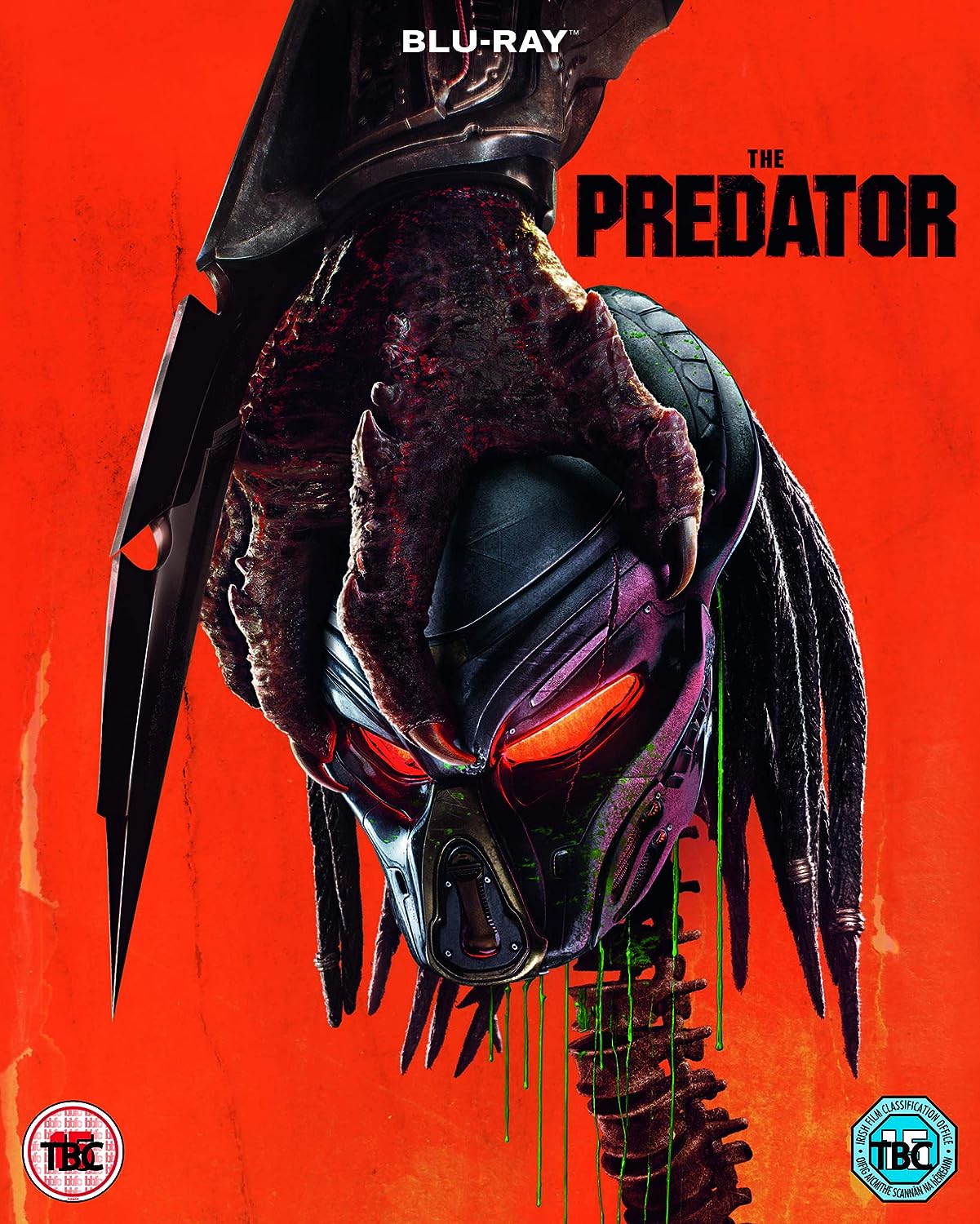 A Predator ship crash-lands on Earth. Army Ranger sniper Quinn McKenna and his team are attacked by the Predator on a hostage retrieval mission. McKenna incapacitates the Predator and has parts of its armor mailed off to prove the existence of extraterrestrial life. At the behest of government agent Will Traeger, he is captured and held for examination. Traeger also takes the Predator to a lab for experimentation and observation, recruiting evolutionary biologist Casey Bracket to study it. The Predator awakes, breaks out of its bonds, kills lab workers, but spares Bracket before leaving.McKenna is bussed off with a group of other government captives, including former Marines Gaylord “Nebraska” Williams, Coyle, Baxley, Lynch, and Army helicopter pilot Nettles. Seeing the Predator escape from the lab firsthand, they take over the bus. Taking Bracket with them, they head over to McKenna’s estranged wife, Emily, where he expects to find the Predator armor he mailed off. However, McKenna’s autistic son Rory has gone trick-or-treating while wearing this armor in hopes of avoiding detection from bullies. McKenna and the others find his son just in time to stop a pair of Predator Dogs from ambushing the boy. The Predator chases them into a nearby school. They start to give the Predator’s armor back when another, larger Predator arrives and kills the first. They flee, and the second Predator sets out to retrieve the lost technology.Bracket concludes that the Predators are attempting to improve themselves with the DNA of humans and, presumably, other planets’ inhabitants. The team flees to an abandoned barn, but Traeger finds them, captures them, and shares his theory that the Predators anticipate that climate change will end their ability to retrieve human DNA for further hybridization, so they are scrambling to retrieve it before it is too late. Seeing Rory drawing a map to the spaceship, Traeger takes the boy away to go to the ship. The team escapes and goes after him with the help of a brain-damaged Predator Dog.When all are at the crashed Predator ship, the second Predator arrives, kills Lynch, and explains through translation software that it will blow up the ship to keep it out of their hands and then give them all a head start before it hunts them down. The Predator quickly kills Coyle, Baxley, and several of Traeger’s soldiers. Traeger tries to use a Predator weapon on the alien but accidentally kills himself in the process. 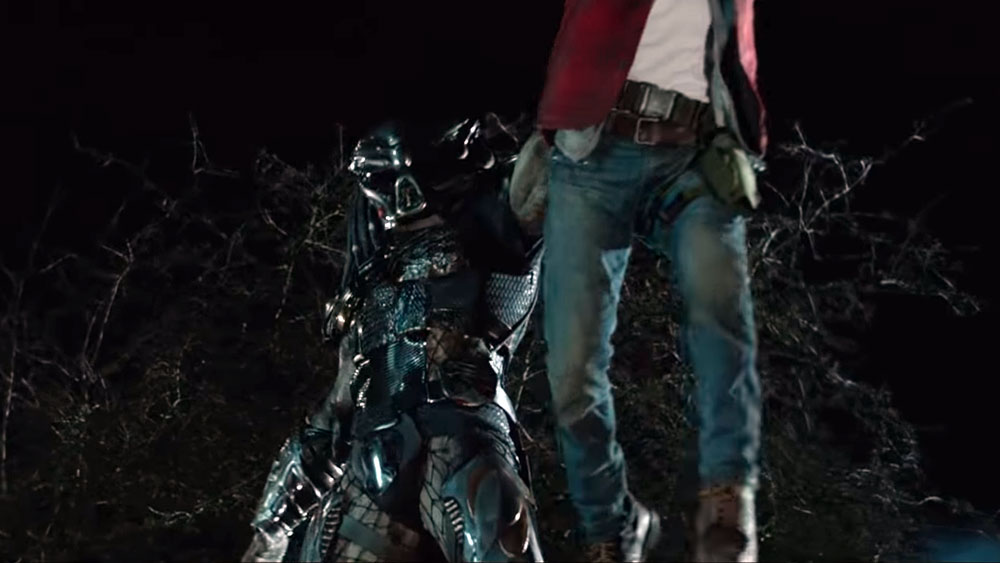 The Predator takes Rory because his autism reflects advancement in human evolution and is therefore worthwhile in the Predator hybridization, and flies away in his ship. McKenna, Nebraska, and Nettles land on the ship’s exterior, but the Predator activates a force field. This slices Nettles’ legs off, and he falls off of the ship to his death. Nebraska sacrifices himself and slides into the ship’s turbine, causing it to crash. McKenna sneaks into the ship as it crashes and attacks the Predator. After the crash, Bracket arrives, and the three manage to overpower and finish the Predator with its own weapons. They pay their respects to their fallen comrades with trinkets representing each one before heading off. After these events, McKenna and Rory are seen in a science lab watching the opening of cargo found on the Predator’s ship. A piece of technology floats out and attaches itself to a lab worker, working as a transformative “Predator killer” suit before deactivating.The Predator is definitely your typical Shane Black movie filled with typical Shane Black writing. However it is definitely not your typical Predator movie. Whether that’s good or bad, it’s entirely up to you.