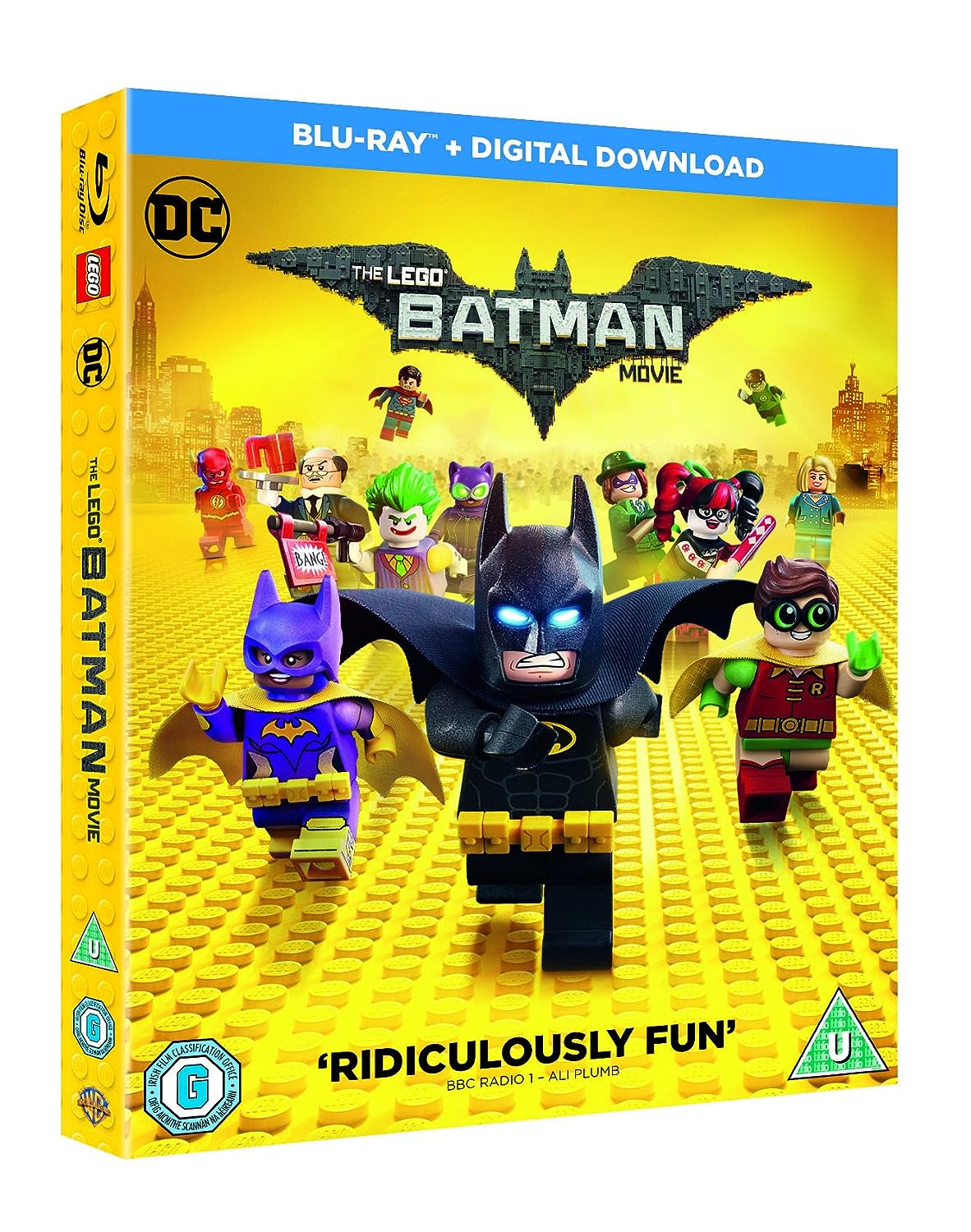 Three years after saving the Lego Universe with Emmet and Wyldstyle, Batman continues fighting crime in Gotham City. During a mission to prevent The Joker from destroying the city, Batman hurts his arch-rival’s feelings by telling him he is not as important in his life as he thinks he is, leading to the Joker to desire seeking the ultimate revenge on him.
The following day, Batman attends the city’s winter gala as his alter ego, Bruce Wayne, to celebrate the retirement of Commissioner Gordon and the ascension of his daughter Barbara as Gotham’s new police commissioner, but is infuriated when she announces her plans to restructure the city’s police to function without the need of Batman. The Joker crashes the party with the rest of Gotham City’s villains, but has all of them surrender to the police. Despite realizing that this makes him no longer relevant to the city’s safety, Batman suspects his arch-rival is up to something and decides to stop him by banishing him into the Phantom Zone, a prison for some of the most dangerous villains in the Lego Universe.
Before he can make plans to acquire the Phantom Zone Projector that Superman uses, Alfred intervenes and advises him to take charge of Dick Grayson, whom Bruce had unwittingly adopted as his ward during the gala to which he eventually agrees and fosters Dick as Robin. The pair manage to recover the Projector from the Fortress of Solitude, before breaking into Arkham Asylum and using it on the Joker. Annoyed at his reckless actions and suspecting that the Joker wanted this to happen, Barbara locks up Batman and Robin. While the Projector is being seized as evidence, Harley Quinn steals it back and uses it to free the Joker, who unleashes the villains trapped within the Phantom Zone to cause havoc upon Gotham, including Lord Voldemort, King Kong, Sauron, the Wicked Witch of the West, Medusa, Agent Smith and his clones, the Daleks, and the Kraken.
Realizing that the city does still need him, Barbara releases Batman and Robin and reluctantly teams up with them as “Batgirl” to stop the Joker, with the team joined by Alfred. Batman soon finds himself able to trust and rely on the others, allowing them to defeat Sauron, but upon reaching Wayne Island, he ditches the team out of fear of losing them like his parents, before confronting Joker alone. Upon seeing that the Batman will never change, Joker zaps him to the Phantom Zone, before stealing the Batcave’s stash of confiscated bombs and heading for the city’s Energy Facility. Arriving in the Phantom Zone, Batman witnesses the harm he has caused to everyone because of his selfishness and slowly accepts his greatest fear when Robin, Barbara and Alfred decide to come to his aid. Making a deal with the Phantom Zone’s gatekeeper, Phyllis, to bring back all the villains in exchange for returning to Gotham City, Batman arrives to save the trio and admits to them his mistakes, requesting their help to save the day.
Seeking to stop Joker from setting off the bombs beneath the Energy Facility, thus causing the plates beneath Gotham to come apart and send the city into the infinite abyss, Batman and his allies team up with the city’s regular list of villains, after they had felt neglected by Joker, with the group successfully sending back the escaped villains to the Phantom Zone. However, Batman fails to reach the bombs in time, the detonation causing the city to split apart. Realizing how to stop the city from being destroyed, Batman reluctantly convinces Joker that he is the reason for being the hero he is, and working together alongside Batman’s friends, the villains, and the city’s inhabitants, chain link themselves together, reconnecting the city’s plates and saving Gotham City.
With the city saved, Batman prepares to be taken back into the Phantom Zone to fulfill his bargain with Phyllis, only to be rejected by the gatekeeper who chooses to let him remain after she saw how much he had changed in order to save everyone. Batman allows the Joker and the rest of his rogues gallery to escape with the confidence that whenever they return, then they’ll be no match for the combined team of himself, Robin, Batgirl, and Alfred.Overall, this is a very enjoyable movie with a gripping story, fantastic animation that tops its predecessor and clever humor. I definitely recommend giving this a watch if you’re a fan of The Lego Movie. 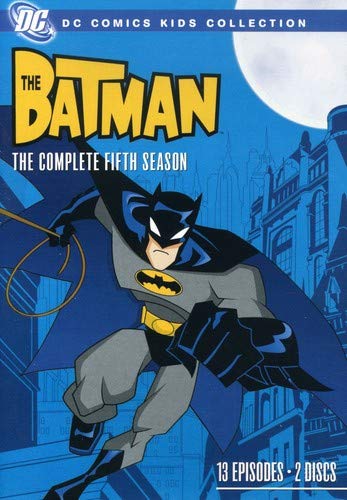 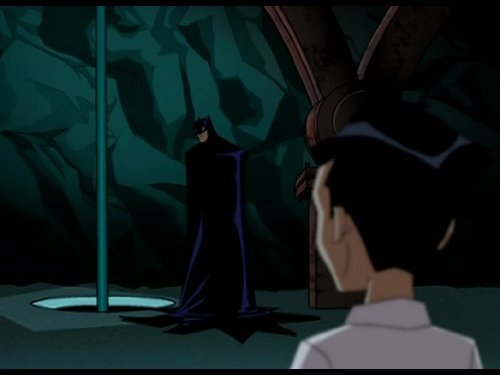 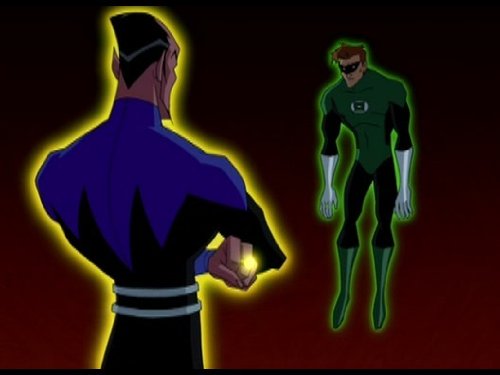 Over time the show has definitely grown and it’s safe to say that it’s come into its own. Though this may be the final season it’s definitely one of the stronger ones and in the end this is a ride any fan of the character should take. In the previous seasons of The Batman all sorts of things happened that continue to have an impact upon Gotham in this fifth outing. Batgirl was added to the roster during the third season with Dick Grayson as Robin in the fourth. Several familiar villains were brought into the fold as well but most notably the finale of the fourth season featured an alien invasion and the introduction of The Justice League. That’s right where we pick up this time around with Gotham reeling in the aftermath of the alien attack.

Destruction is everywhere and the people are in need of support. Lucky for them Superman comes to town with a massive check from Metropolis but unluckily for Superman Metallo is waiting for his chance to strike. What transpires is a team up between Batman and Superman to take down Lex Luthor who has his eyes set on Gotham. In the meantime Superman falls under Lex’s control thanks to some help from Poison Ivy and kryptonite. Naturally it’s up to Batman and Robin to stop the man of steel and there’s plenty of fighting between the DC legends.

If you have been following the series this marks Superman’s first appearance on the show and you’ll notice a trend that follows throughout this year. The previous season’s introduction of characters such as Green Arrow, Flash, Hawkman, and Green Lantern fleshes out The Batman’s roster somewhat and really gives is a Justice League feel.

This season is very entertaining even though the focus shifts from Batman and his universe. At this point in The Batman’s run the creative cast definitely had it going on but you can tell that even in the final moments they were experimenting. I see what the producers were aiming to do with this season and for all intents and purposes it is successful.