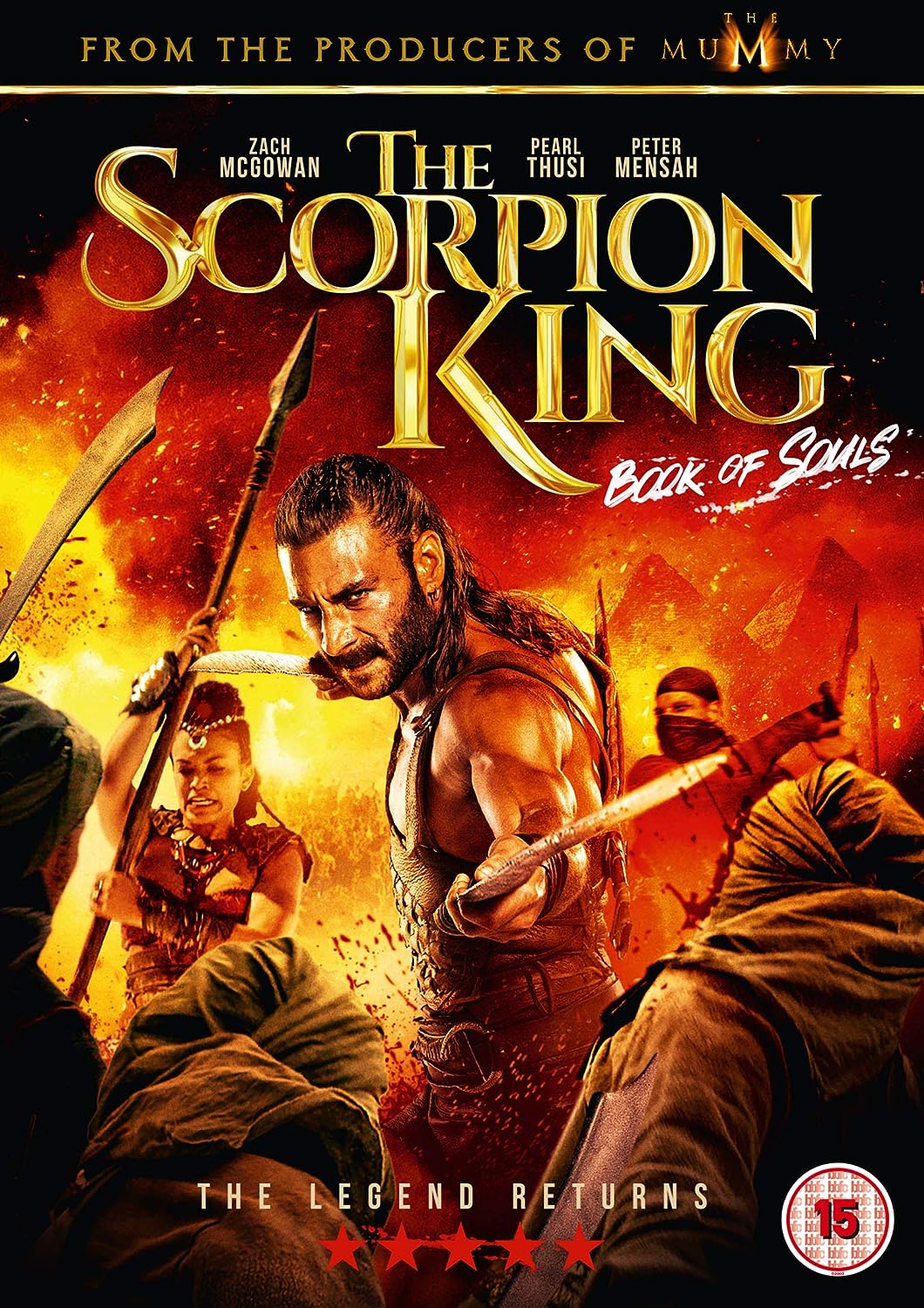 The narrator explains in ancient Egypt, before the time of the Pharaohs, King Memtep made a covenant with Anubis, lord of the underworld, to create a cursed sword so powerful that whosoever possessed it, could rule the world. The sword was fueled by taking souls of its enemies, the sword itself was forged in the fires of hell by Anubis, the names of those killed by the sword were forever written in the Book of Souls. 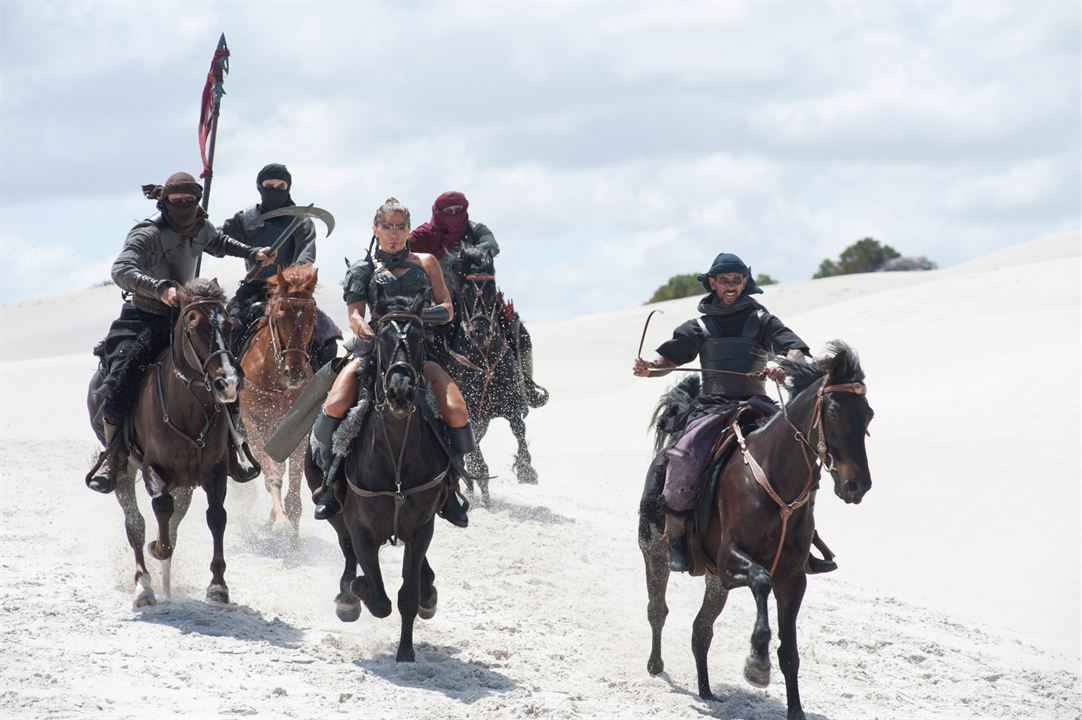 The action opens with Nebserek plundering the Mespotamian tomb of King Memtep and stealing the Fang of Anubis sword. Khensa captures the blacksmith Mathayus and she kills the boy Abel. The Warrior of Nubia, Princess Tala, frees the blacksmith and heals him with the stings of scorpions. She tells him that her dead father, Balthazar, King of Nubia, told her to find the legendary Scorpion King to help bring peace to Egypt. She demands he join in a quest to end the evil empire of Nebserek and his jackal army. Priestess Mennofer warns Nebserek that his sword can be defeated by the Book of Souls. Her hawk delivers messages as needed.

On the way to the Valley of the 13th Moon, Mathayus and Princess Tala are captured by Uruk, leader of the Black Arrows, for trespassing. Mathayus makes Uruk a challenge for their freedom. After defeating five warriors and sparing the life of Uruk, the two continue on their quest to the gateway of the Temple of Scrolls. The princess opens the sacred gate on the moonrise that is protected by a golem called Enkidu. A woman called Amina appears and explains that Enkidu was formed from clay and brought to life by magic. He is her protector. She tells them that she is the Book of Souls and that for every man killed by the Fang of Anubis she sees and feels. They trick Enkidu with fire and take the Book of Souls with them on their quest to her father’s tomb in Amonesh.

The three are attacked on a beach by Harhar and jackal soldiers. They kill them all with the help of Enkidu. They are attacked again by Khensa in the city. As they escape by boat, Amina sees and feels the death of King Tarqa by Nebserek. He was the brother of Tala and she is now queen. She wants to continue the quest. They find the tomb and inside the Sphinx, the guardian of knowledge and messenger of truth, they find the way to end the curse of the sword. They are all captured by Khensa.

Mathayus is chained up and Nebserek mocks him. Tala and Enkidu are jailed together. Nebserek talks to Amina, and jeers at her saying; “So you were going to take my sword, power and kingdom”. He orders the priestess to burn her. Scorpions sting the Scorpion King and he breaks free of his chains. Tala and Enkidu break out of the jail. Uruk and the Black Arrows attack and an arrow kills Mennofer. Nebserek and Mathayus fight one another and Tala and Khensa have their own separate battle. Enkidu is stabbed with the Fang of Anubis and falls into the bond fire. The Scorpion King kills Khensa with the jackal knife and throws Nebaerek into the fire. He takes the sword from the fire and now holds all of its power. Amina says he knows what he has to do to end the evil and free the souls. She as the Book of Souls walks onto the sword. She and the sword disappear into the air. The narrator declares that it is now the time of the Scorpion King.

The Scorpion King movies are my guilty pleasure. I enjoyed the first one immensely and somewhat the last couple of movies, I did not have much expectation from this one but, boy was I wrong, I was in for a surprise. This was awesome, the best Scorpiom King movie after the first one. A well thought out and smart movie which embraces the Scorpion King legacy and tries to follow the continutity laid out in Mummy 2 and the first Scorpion King movie. The sets and locations are pretty good, the costumes well done, the acting is above average, special shout out to Zach McGowan as the Scorpion King and Pearl Thusi as Tala.  The graphics are not very good but given the budget they did their best and it does not distract that much. The action is plenty and fastpaced.  The story has some ties from the first Scorpion king movie and more than once it reminded me of that movie. I missed The Rock in this one, I was imagining him in many of the scenes, but that does not mean the lead actor is bad, he is quite good, but he does not have the screen presence of Dwayne Johnson. If you are a Scorpion king fan or a fan of the Sword and sorcery genre, do check this out. 4 out of five stars.