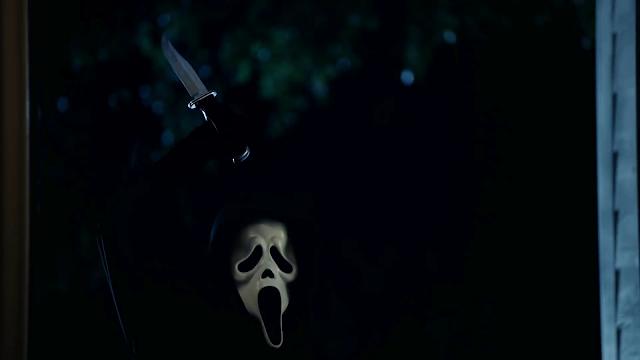 “Scream: The TV Series” was never a big hit over at MTV, both in ratings and with critics’ reviews. Due to its struggles, it was announced that the third season would see a hard reboot with a completely new set of cast and characters brought in to introduce a brand new story-line. The third season was completed after several re-shoots, but then it sat on the shelves in Hollywood for nearly three years due to the Harvey Weinstein scandal. Honestly, all hope was lost that fans of the television show or Wes Craven’s four part Scream movie series would see the show again, but then out of nowhere VH1 bought the rights to the show and dropped the six-episode third season in a three-night event spectacular. 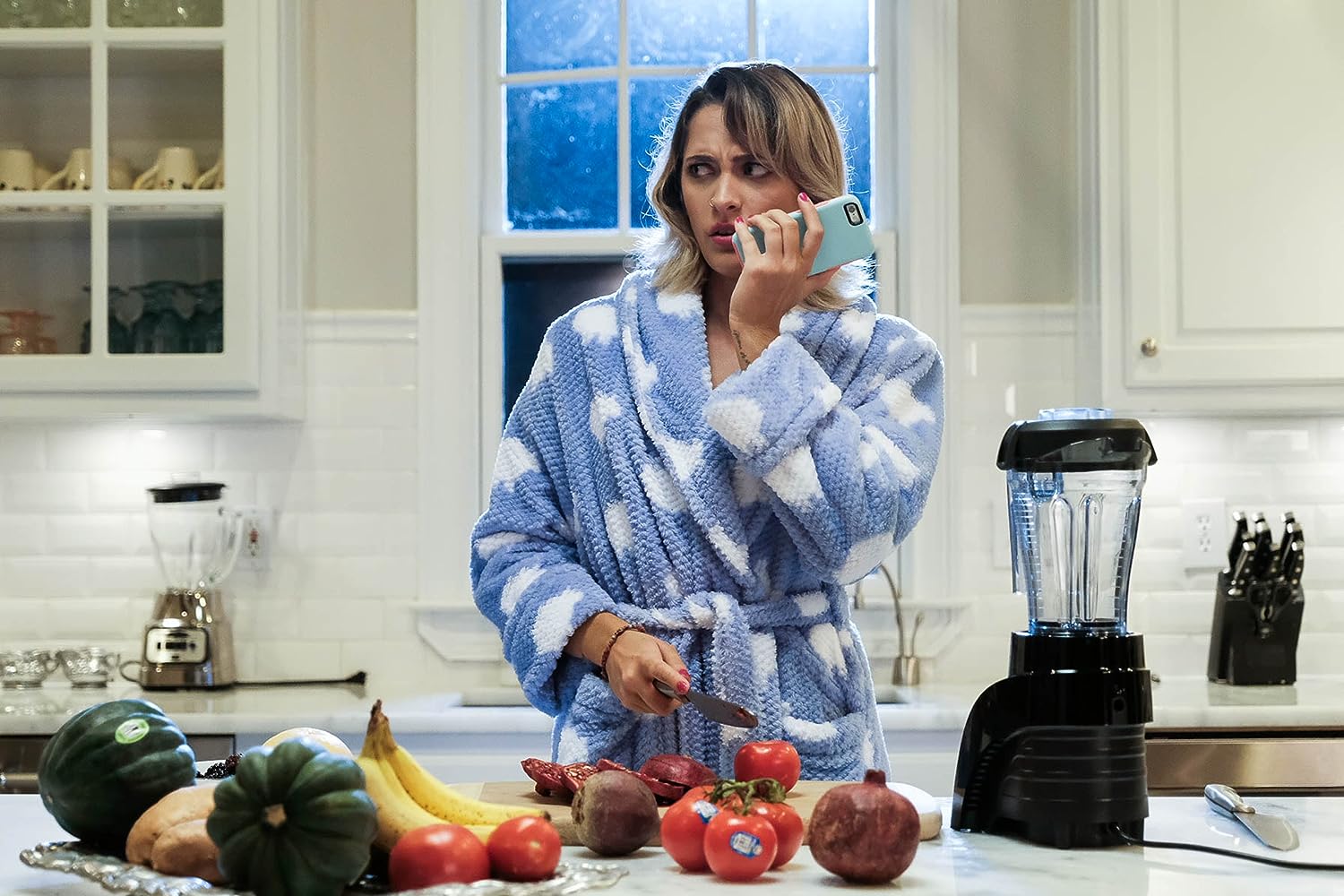 Now going forward as Scream: Resurrection under different showrunners and producers – including Scream 1 through 4’s Cathy Konrad and Marianne Maddalena – Scream: Resurrection finds the local football star, Deion, as ghosts from his past emerge to kill him and his friends. When he was just a child on Halloween night, a man with a hook killed his brother, and the events of that night have haunted him ever since. Leading up to the anniversary of the murder, someone dressed as Ghostface begins targeting Deion and his closest classmates. The teens are then forced to work together and follow the rules if they hope to survive this scary movie. 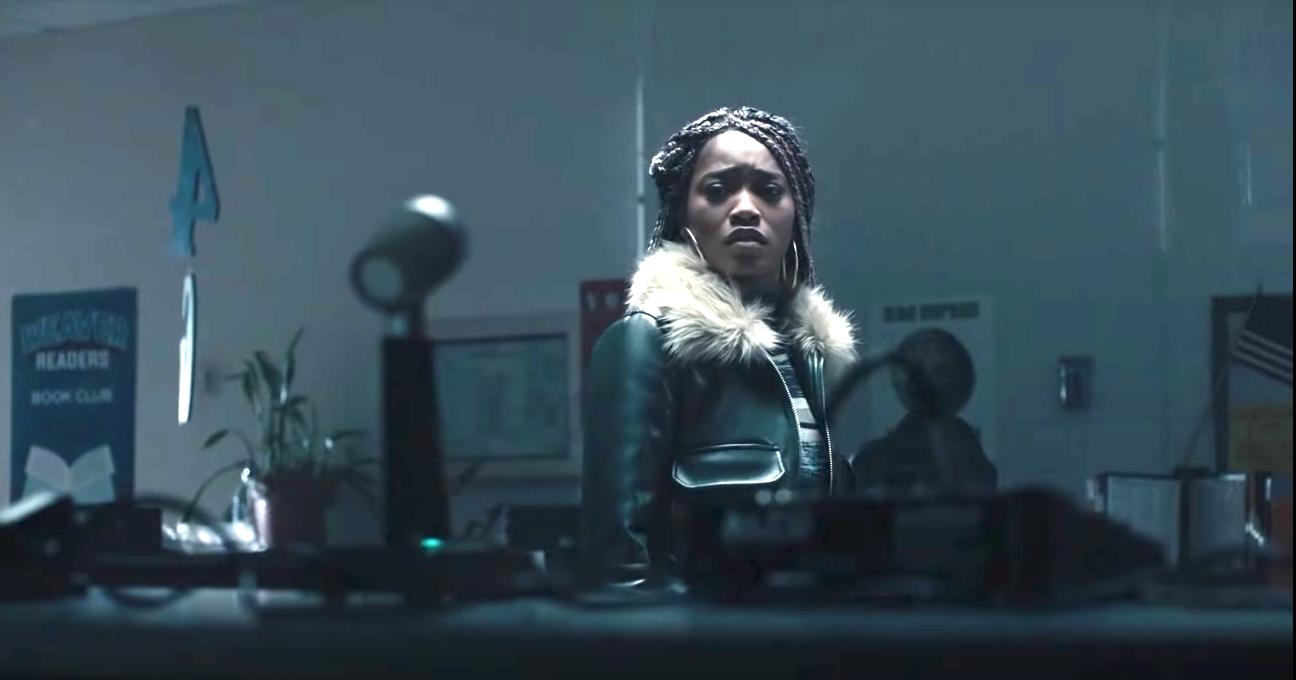 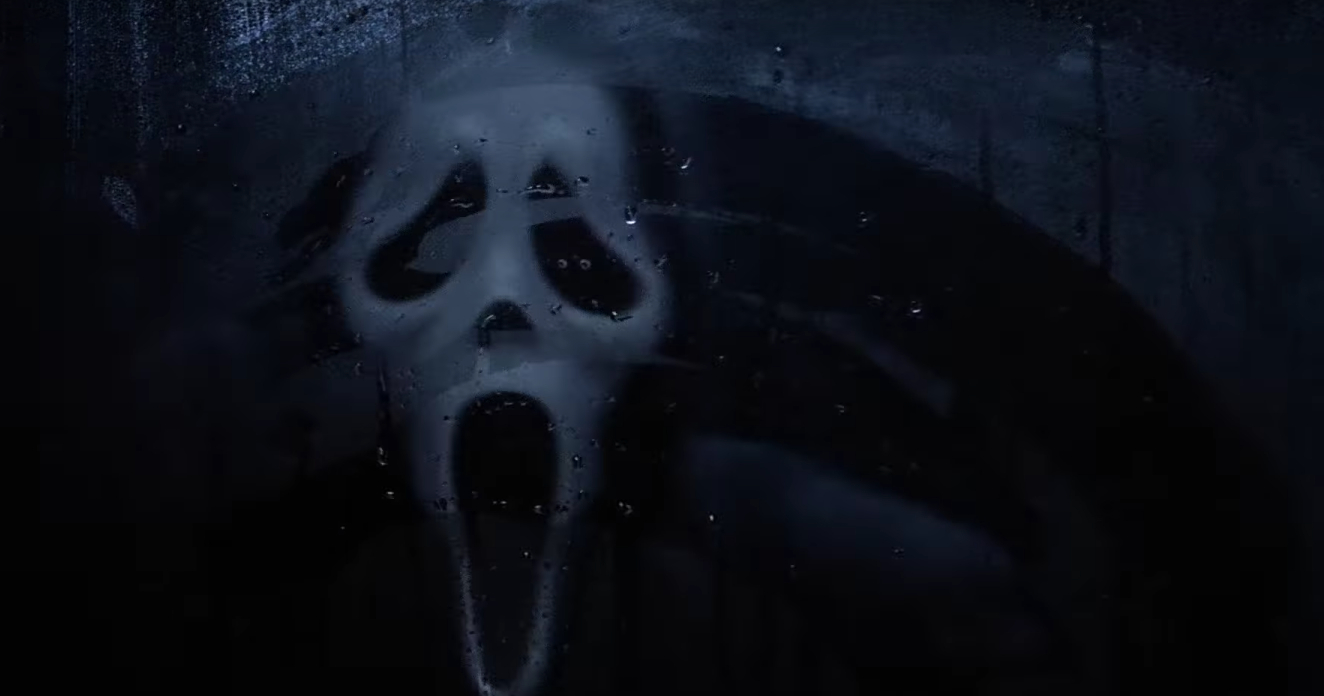 When Deion and his brother are trick or treating as kids, his brother is wearing the Ghostface Halloween costume when he was murdered. Naturally, the killer dons the same costume to mess with Deion throughout Scream: Resurrection. This was a clever way of re-introducing the iconic costume to younger horror fans while easily avoiding the conflict of making it relate-able to the plight of Sydney Prescott. As far as characters go, my favorites were Beth (Giorgia) and Becky (Jackson), although the latter was used so sparingly. I had trouble investing my energy in Deion (RJ) because I didn’t believe in him as the hero. 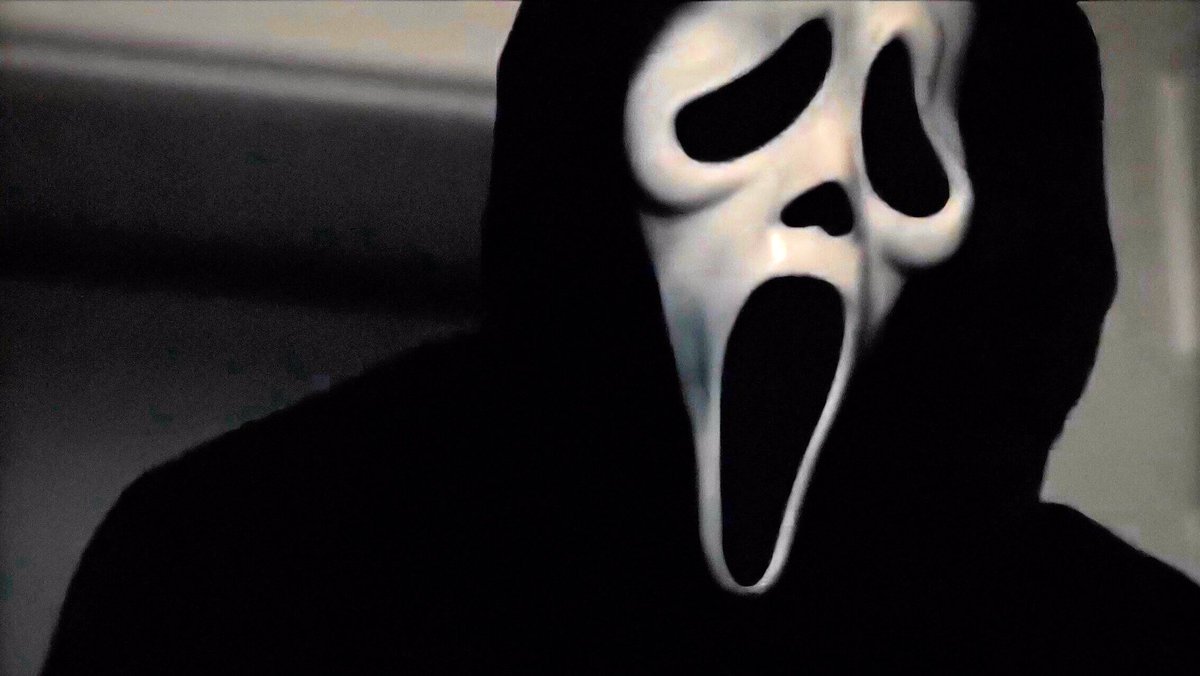 Scream: Resurrection also hits a minor road bump at the start because it introduces its own urban legend – The Hookman (played by Tony Todd). Having a Candy Man/I Know What You Did Last Summer type of character in the Scream universe was a little cluttered, but ultimately Tony Todd and Ghostface have an epic battle in a junkyard that is the horror battle royal we’ve all been waiting for since Freddy vs Jason. Also to its repulsion, Scream: Resurrection refers to its central characters as the Deadfast Club (a Breakfast Club parody) with each character matching one of the roles in the 1985 classic. Two of the characters, Kym (KeKe) and Amir (Christopher), are incredibly annoying and then you have a third, Liv (Jessica), who’s so wooden and disconnected from the violence that it hurts the viewer and their overall viewing experience. I don’t fault the actors at all because they have extensive resumes and have turned in great performances in the past. I blame the sloppy writing and unenthusiastic production team for these blunders. The writing is terrible, even worse than the previous seasons, and the characters’ train of thought and emotions fly all over the place like loose canons, or they’re dead inside and a couple more takes should have been filmed for a better effect. The writing literally made me want to scream my face off, pun intended. You should see how the teens talk about the murders half the time, like it’s as commonplace as eating breakfast every morning. Just terrible.Considering Scream: Resurrection is aimed at teens, several romances bloom this season, much like in the previous two. One of the main character’s dad is a big time police officer in town, closely following the outline of “Scream: The TV Series,” but Scream: Resurrection does carve out its own path on occasion. This can be seen in the frequent nightmares and visions that Deion experiences where he or one of his friends is killed by Ghostface, and when the teens decide to take the fight to the killer before one of them gets picked off. Racism, poverty and class discrimination are also heavily explored in Scream: Resurrection due to a more urban setting. One of the biggest pitfalls Scream: Resurrection makes, much like the two entries before it, is its use of throwaway kills. Over the course of the six-episode season, nine victims fall victim to Ghostface, and they’re done so by use of various instruments including needles, trash compactors and lots of fire.While it’s nice to see Ghostface using other weapons, something he rarely did in the Scream movies, I wish he was using these weapons on characters with some sort of worth. Three of the victims could barely be considered characters, another three only had about five minutes of air-time and the last three were part of The Deadfast Club or someone close to them. Only having three dead main or supporting characters packed no emotional punch what-so-ever; not that you’re actually going to care about any of them. 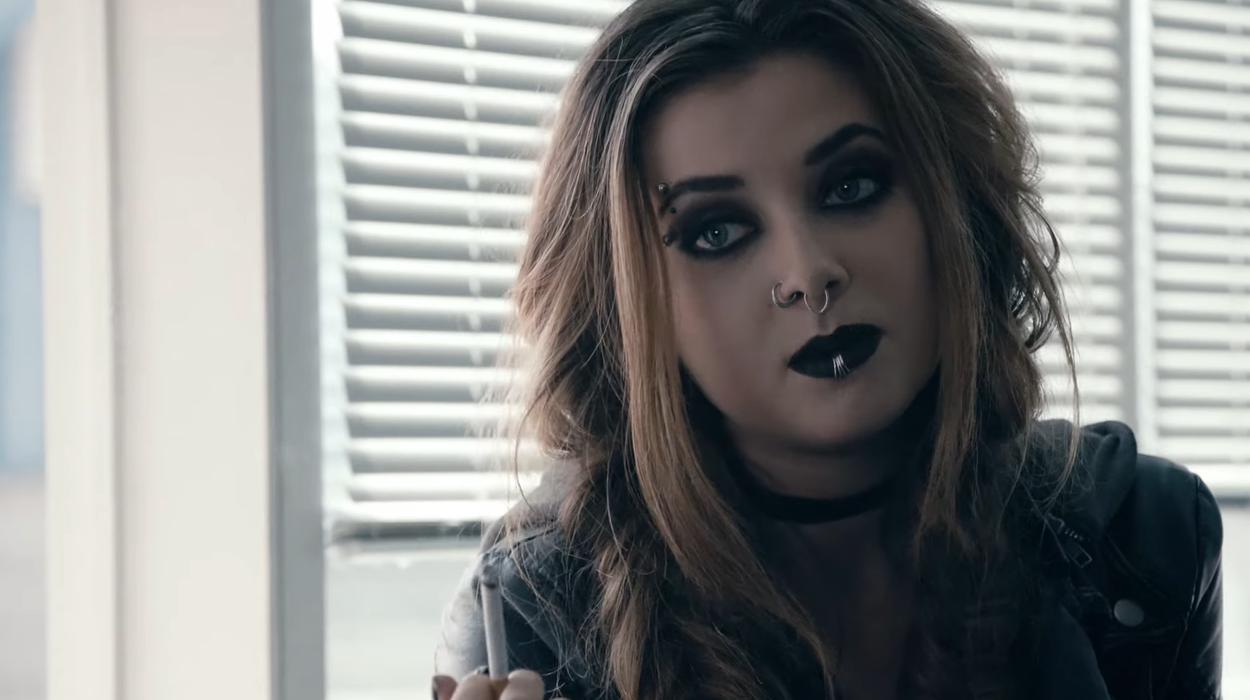 With one really beautiful visual, one awesome death scene, and a lot of great locations, Scream: Resurrection leaves a lot to be desired. It has modest production value and it tried to do something different than the first two seasons on MTV, but it’s still kind of a shitfest. An abbreviated season that was pushed out in a three night event was a smart timesaver on VH1’s part, but the whole thing still seems unnecessary.Nothing in Scream: Resurrection is actually scary and the writing, and the performances that it births, are absolutely dreadful. Come to think of it, they’re the only frightening thing in the whole show. Not to mention the killer’s motive of “watching scary movies wasn’t enough anymore, I wanted to be in one,” was kind of a let down. I was hoping for more bite in their reveal. Bringing back the original Ghostface costume and voice actor was a welcomed idea, but the rest of Scream: Resurrection was so bad that it took away from this nostalgic effect. And again, Ghostface’s presence wasn’t enough to get fans invigorated in a script that was dead on arrival. I saw the live viewership numbers for episode one (767,000) and episode two (627,000) and I don’t think the ratings picked up after horror fans saw how bad this was. To its favor, though, these numbers are more than double what “Scream: The TV Series” was averaging in season two. Still, I don’t think anyone’s going to rush to buy this one when it’s inevitably released to Blu-ray/DVD this Fall. Another wasted opportunity in the Scream franchise, I think it’s time to put this adaption to rest and leave it there forever.