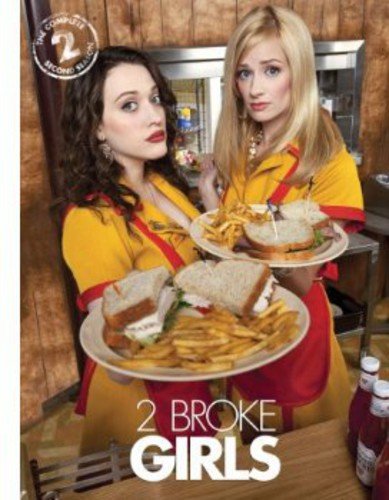 When we last saw lead besties Max Black and Caroline Channing, they were over the moon about their unorthodox meeting with style maven Martha Stewart – who not only sampled one of their premium cupcakes (the Beer-Batter Maple-Bacon Spring-Break cupcake), but also said she liked it and admired them. What more sustenance would two struggling waitresses-turned-entrepreneurs need? A lot, it turns out, as season two of 2 Broke Girls gives us a taste of success & failure.Whereas season one of the hit CBS show was all about meeting cute, sharing dreams, and attempting to live down the fact that one of the fathers bilked investors out of millions of dollars, the second season is more about character and relationships: Max (Kat Dennings) and Caroline (Beth Behrs) step closer and closer to their ever-elusive dream of a cupcake store; while diner-cook Oleg (Jonathan Kite) and entrepreneur Sophie (Jennifer Coolidge) begin sharing more than just sex. It is, like life, filled with ups and downs, steps forward and many more steps backward, never once letting the characters lose sight of their final destination. Max is overjoyed when they find the perfect space to open their cupcake store, insisting that it has a certain cache seeing how it was the site of a mass murder (complete with blood still on the walls). Where one sees disaster, Max sees opportunity: “If we go with red, it’s half painted.” This devil-may-care attitude balances nicely with Caroline’s Wharton-School pedigree of sense and sensibility, preventing either from going too far off the deep end. They establish such a mutual ground, in fact, that they both willingly don giant cupcake suits in an attempt to drum up business.Elsewhere in Williamsburg, the relationship between Oleg and Sophie begins to deepen. Where it was once an excuse for crude comments about orgasms, it has developed into a touching pairing between two oddballs who are perfectly matched. Sophie, the owner of a house-cleaning service who has a heart of gold, continues in her role of fairy godmother to the two girls. In season one, she made sure they had killer outfits to wearto the gala event where they hoped to meet Ms. Stewart. Here, she gives them the seed money to rent their prime space, stock up and begin selling cupcakes. She is a silent partner; but one who eats a lot of the profits – literally.

Although much of the season takes place in settings outside the Williamsburg Diner, there is still plenty going on there. Put-upon diner-owner Han (Matthew Moy) has become a little more feisty, giving to the girls as good as he gets from them – and standing up to a robber who mistakenly thinks there are quick profits to be made. Stalwart Garrett Morris, as cashier Earl, continues to be the brightest star in the Williamsburg firmament, delivering caustic barbs and witty asides like the seasoned pro he is. Season two is filled with lots of characters who stop by for an episode or three, including Steven Weber as the notorious swindler who is father to Caroline, Ryan Hansen as the boyish proprietor of the candy shop across from the cupcake store who starts to fall for a certain Wharton graduate, and rapper 2 Chains appearing as himself in a surprisingly appealing episode.The end of the second season provided the perfect set up for season three: while cleaning out the diner, they stumble onto a secret back room that has (surprise!) a set of doors that open onto the sidewalk. Can they create a walk-up cupcake business and make a success of it?.

Scream Queens’ second season, which manages against all odds to keep continuity with the absurd and funny first season. There’s a similar framing to Season 1, with a mysterious child and a murder kicking off the horror side of the story, but Season 2 seems to be much more interested than riffing off TV hospital dramas than horror tropes. Showrunners Ryan Murphy, Brad Falchuk and Ian Brennan found an excuse to bring back the Chanels, Zayday, Dean Dr. Munsch and even Denise Hemphill; later in the season Hester and, yes, Chad returns later in the season. We have newcomers Brock Holt (John Stamos), Cassidy Cascade (Taylor Lautner) and Chamberlain Jackson (James Earl). Jamie Lee Curtis is as fantastic as ever as Dr. Munsch, who used her New New Feminism platform to get the honorary doctorate taken away from Bill Cosby, and decides to take down America’s flawed health care system by creating a new hospital which aims to cure diseases modern medicine has deemed incurable. Everything about this premise is top notch, and echoes the best parts of Scream Queens: Season 1. It’s smart, it’s biting, it’s timely and politically aware, and it lets Curtis do her thing with much pomp and circumstance.There’s a bit of a course correction from Season 1’s finale, which was humorously inspired by the successes of Making a Murderer and The Jinx. Though Hester got away with framing the Chanels, an award-winning Netflix documentary revisited the case and Hester accidentally confessed her crimes to Denise due to a lack of understanding how double jeopardy works. Thus Hester was incarcerated and the Chanels set free, only to still be shunned by society and forced to work odd jobs in the medical industry in an attempt to do some good for the world and rehabilitate their image.

It’s all a convoluted way to get the Chanels, Zayday, Munsch and newcomers Brock and Cassidy in the same place: a hospital that just so happens to be the same one where a murder took place 32 years prior that birthed a green-masked serial killer. Will the murderer be the baby of the murdered man, like in Season 1, or did that swamp actually cause the discarded patient to turn into a mutated monster?Season 2 was a great season, sadly the cliffhanger will never be resovled and we are left wanting more that sadly wont happen. 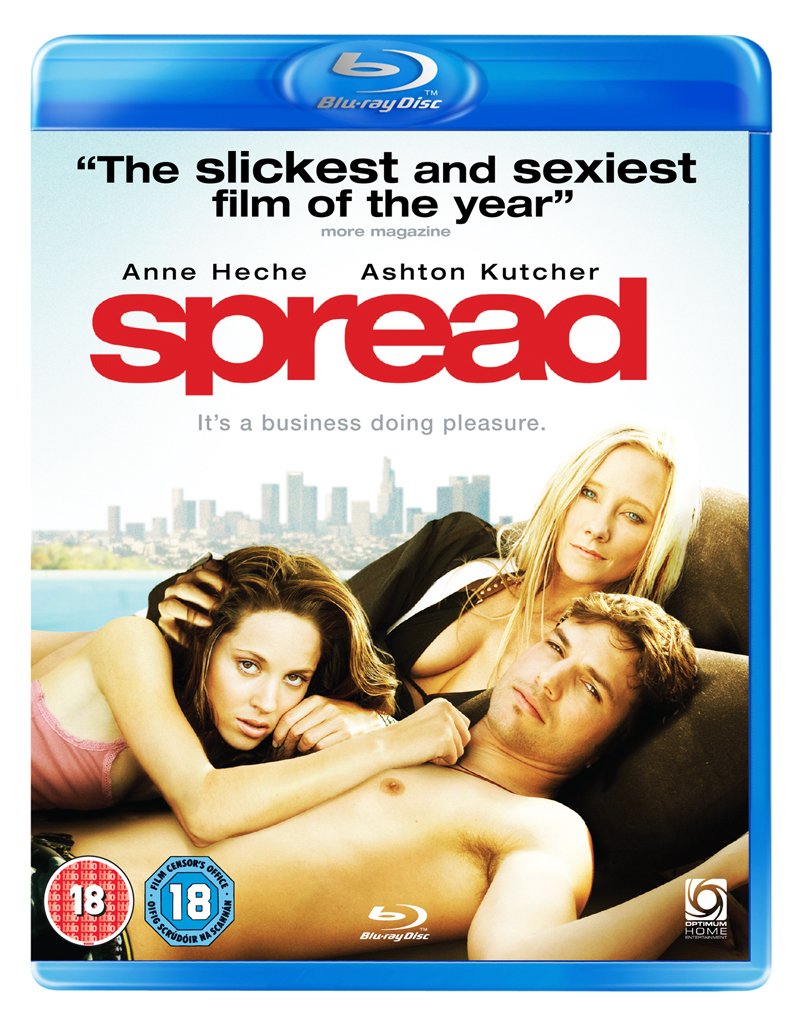 Narcissistic gigolo Nikki (Ashton Kutcher) lives in Los Angeles, drifting from one relationship to another without a steady job or even a place to live. He preys on women who can provide for him. After meeting Samantha (Anne Heche) at a club he moves in with her, using his looks and sexual prowess to keep her happy. Before long, however, Nikki starts cheating on Sam, first with his friend Emily (Rachel Blanchard), then with Christina (Sonia Rockwell), whom he met at another party. Emily disapproves of Nikki’s free-wheeling lifestyle and has expressed a desire for a relationship, but Nikki has no real interest in her except for sex. Samantha catches Nikki with Christina, but they come to an uneasy arrangement where she will ignore his infidelity.

While Sam is out of town, Nikki meets a waitress named Heather (Margarita Levieva). He enlists his friend Harry (Sebastian Stan) to help him get Heather interested, but she does not fall for his charms. Although he eventually gets a date with her, she abandons him afterwards. Soon after, Heather unexpectedly shows up in Nikki’s pool and they end up having sex. The next morning Nikki is moving Heather’s car and realizes it does not belong to her but to her “boyfriend”, after she told him she was single. Nikki throws her out in anger. However, he cannot stop thinking about her, and his obsession frustrates Samantha to the point that she gets fed up and throws him out, quickly taking him back. Nikki, however, leaves on his own accord, still enchanted by Heather.

Nikki searches for a place to stay, but has a falling out with Harry and cannot get into the parties he once did. He runs into Heather at a swanky hotel, and she admits that she was only interested in him for his house, believing him to be rich. It transpires that she is the same as Nikki, scamming rich men for money in the same way he does with women. She lets him move in with her and her stoner room-mate Eva (Ashley Johnson) and they begin dating, though Heather continues to scam and hustle, with some reluctant assistance from Nikki.

One day, an upset Heather reveals to Nikki that she just broke up with her fiancé because she is in love with Nikki. She further tells him her fiancé’s family owns the New York Rangers and that he is the one who has been paying her bills and living expenses. Nikki, who has also fallen in love with Heather, is nonetheless angry that she kept her engagement from him, and leaves the house in a huff. When he returns he only finds a note that says she has left for New York City. At Eva’s urging and with Harry paying for the airfare, Nikki follows her. He finds her at a plush penthouse and begs her to come back to LA with him. She refuses, telling him she cannot afford to let him chase his fantasies around while she runs down the funds they would need to live. He then proposes to her, but she tells him that she is already married, breaking his heart. Heather says that she cannot get a divorce because she needs the luxuries and high expenses. Her husband (Hart Bochner) returns home and Heather passes Nikki off as a grocery boy, dismissing him.

Nikki returns to LA, getting an honest job delivering groceries and living with Harry. He delivers groceries to Samantha’s house, where they are picked up by the kept man who has replaced Nikki. The ending credits show Nikki feeding a mouse to Harry’s African Bullfrog.

A nice flick with a lot of essence. I didn’t expect it to have any point whatsoever and i was pleasantly surprised the way the movie builds up. Its certainly not another kind of teen movie..it has style and substance.

I think this may be one of the most underrated movies ever. Yes, it was plainly made on a limited budget, the male lead seems a bit lost at times, and there are some other problems. But it has really good music, tight editing, a very talented and funny female lead, and — and I think this is the strongest thing about it — it’s well written. It’s founded on a solid premise. (Katie loves her friend Ryan because of a kiss she believes they shared when they were kids, but because Ryan won’t have sex with a virgin, if Katie wants to have him, first she has to find someone else to sleep with before the night is over.) There’s a lot of raunchy humor, but the writer puts some thought into it. 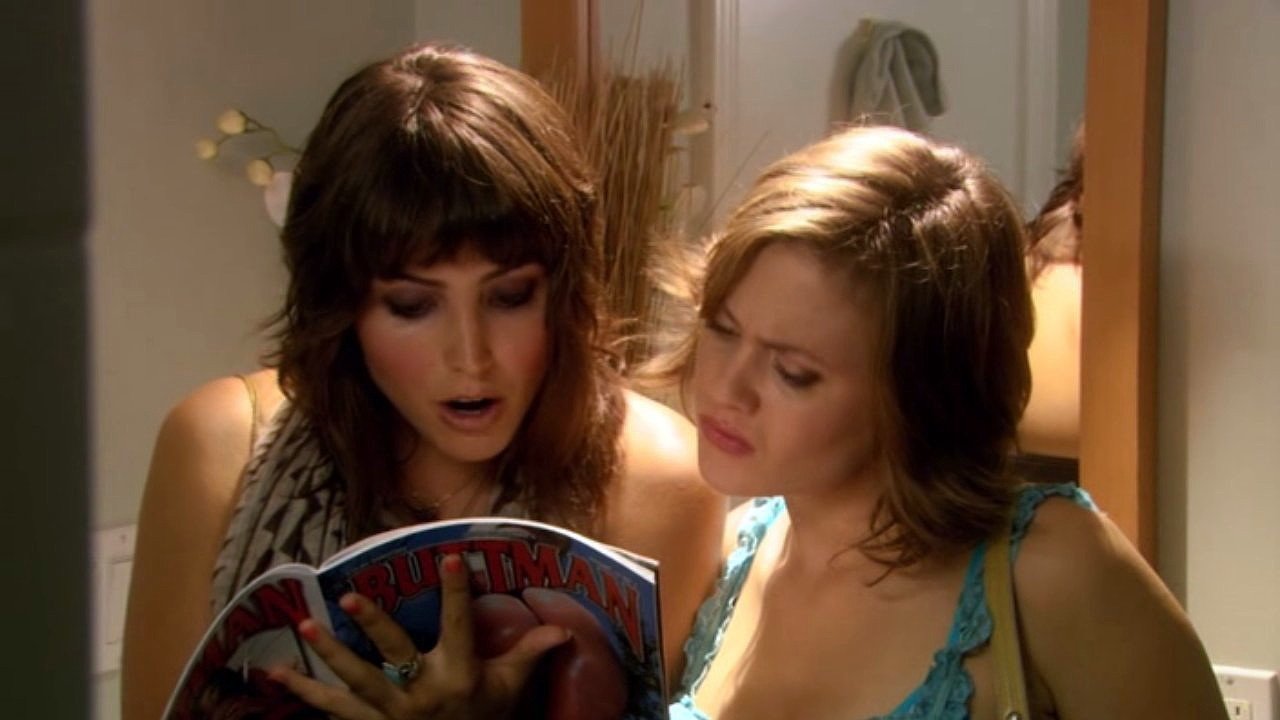 The movie seems to have a lot of compassion for Katie and really delves into some of the confusions and anxieties of a young woman confronting sexual issues for the first time. It’s really funny how she’s simultaneously drawn to and offended by the penis. (I loved the bit when she asks “Is that what it’s supposed to look like?”, takes a cellpicture of a guy’s naked penis and shows it to her more experienced friend…) There’s a lot of amazingly Freudian moments in it too.

I can get why people would hate this movie because of its low budget, or because they’re expecting something like “40-year-old virgin” (despite the name, this movie is almost completely unlike 40-year-old virgin), or because it’s raunchy. (It’s very raunchy, much more so than American pie and mainstream movies of that ilk, but I don’t mind that.)  It’s a fun movie with  some heart to it as well.