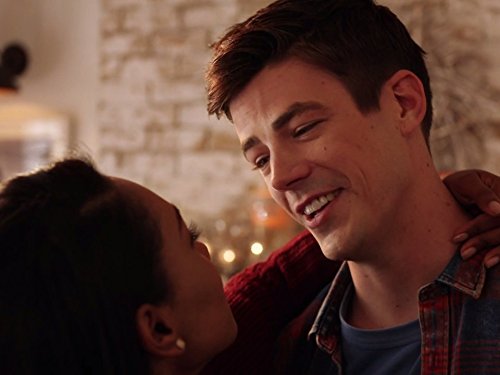 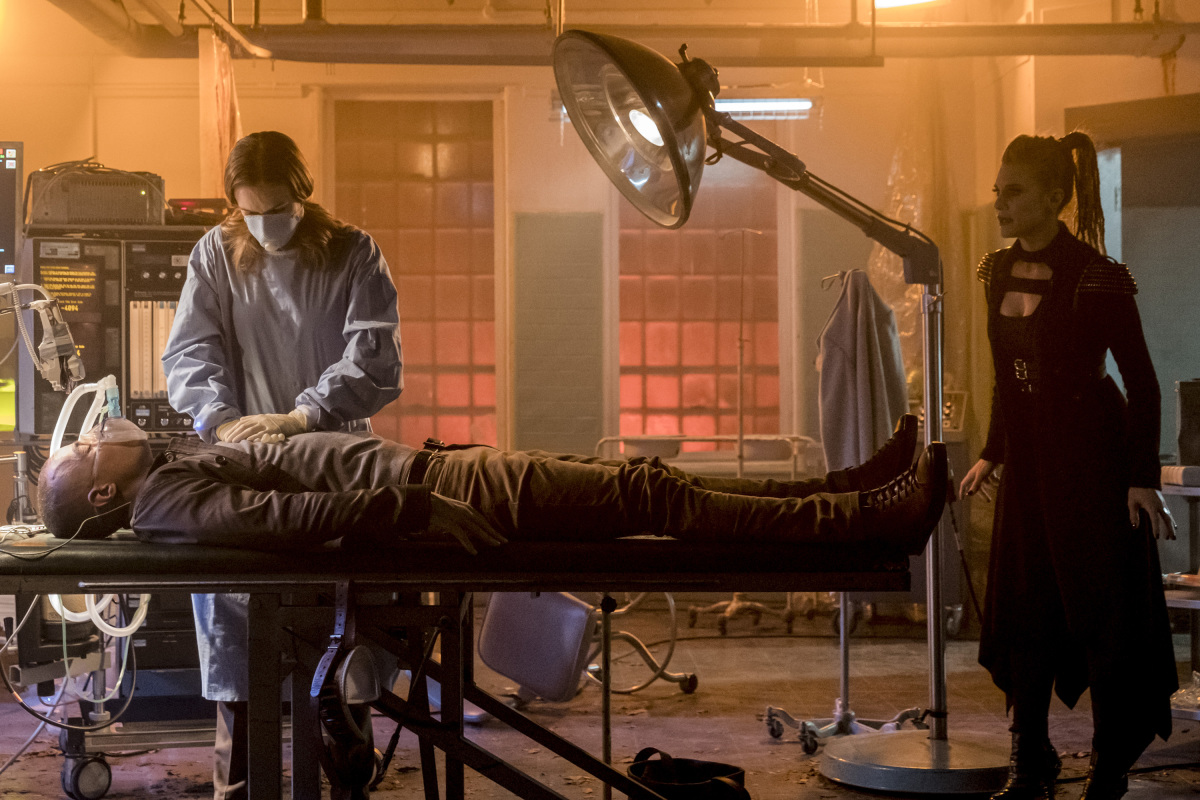 Oh, DeVoe is good. I’m not sure why he would let Barry know about his new, Dominic-shaped form when he didn’t have to, but framing Barry for his own murder is a new villainous move for this show—and one that is welcome after seasons of speedsters who rely on their physical prowess to try to take Team Flash down. 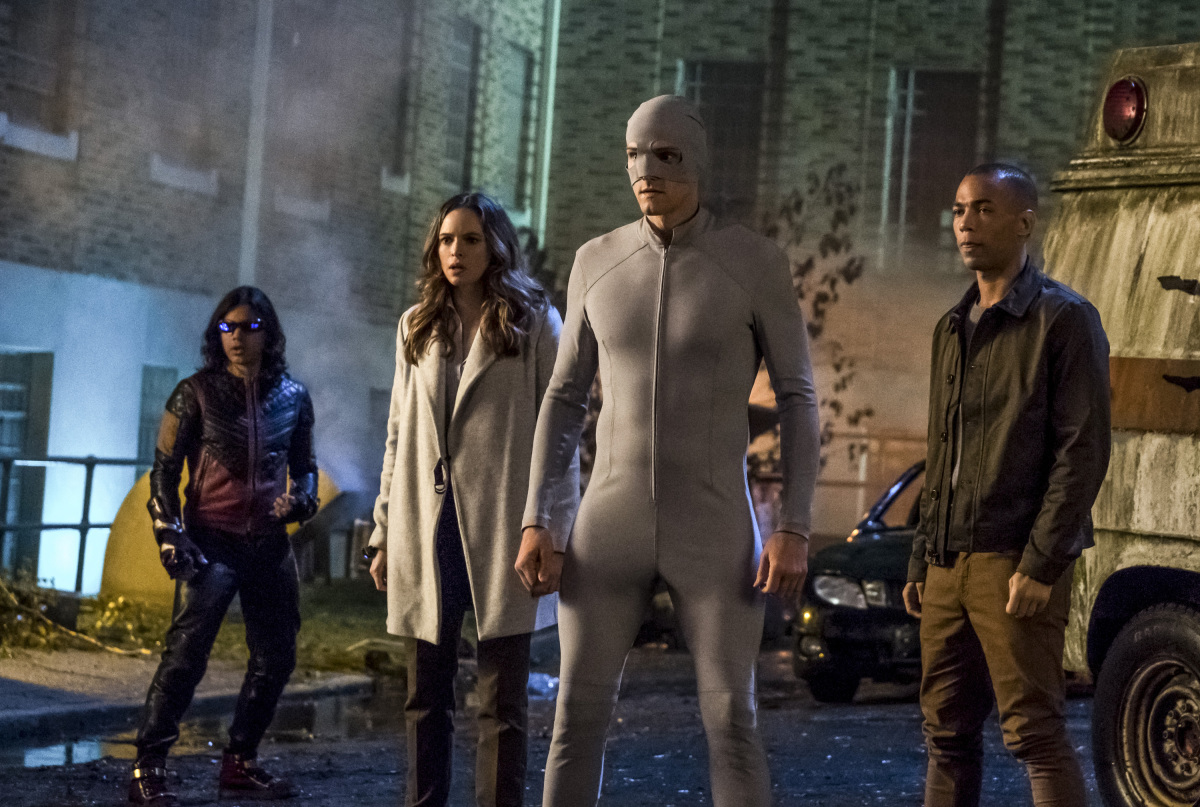 Barry’s arrest for the murder of DeVoe is also a nice call back to the crime that set his life down a path of crime-solving and helping others: the murder of his mother, and his arrest of his father for the crime. Like Barry, Henry Allen was also falsely accused. Like Henry, Barry is not someone who runs away from his problems. When given the chance to speedster away, Barry decides to stay. “Don’t run,” he says aloud, looking at a picture of Iris. He not only promised Iris his love, but a life together in the light. If Barry has to stay in the shadows, running from the law, then so will Iris. 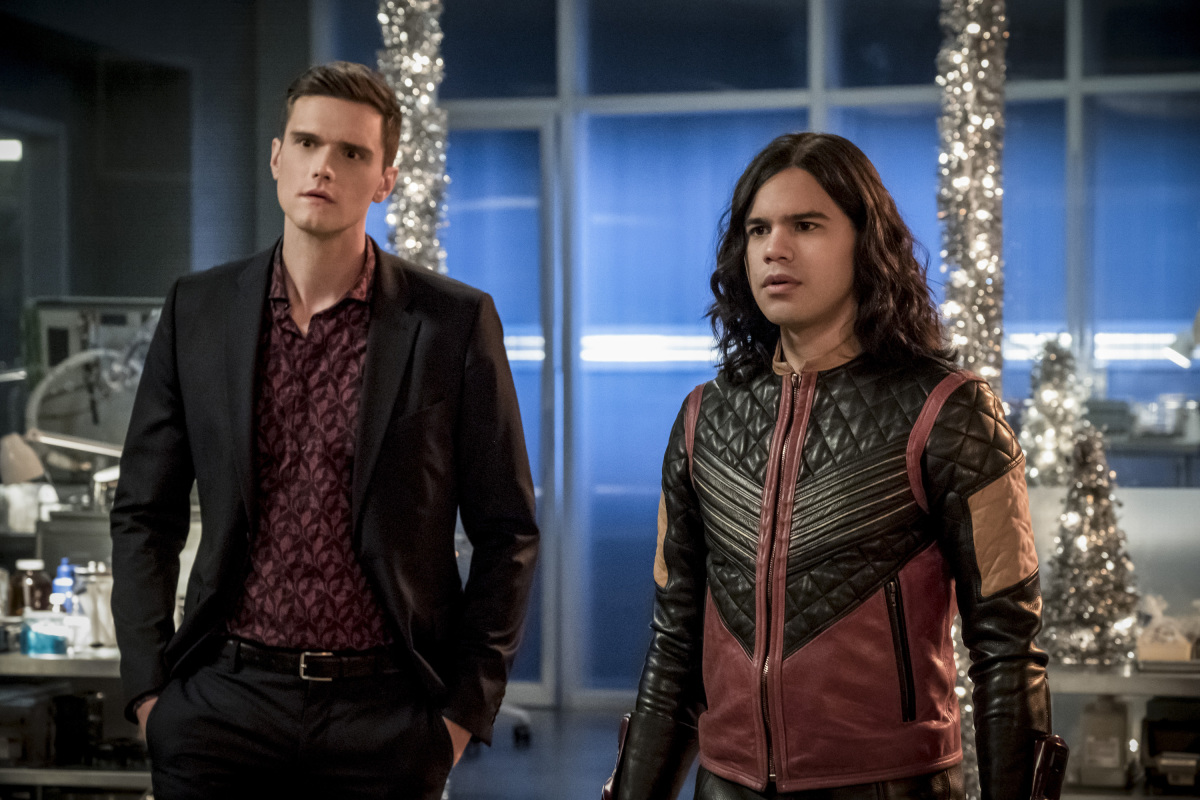 Much of Don’t Run was a set up for this final reveal and, as far as water-treading goes, this was some pretty entertaining diversion. Katee Sackhoff continues to be delightful as the evil Amunet, bringing energy to the screen whenever she saunters into frame with her over-the-top nefarious nanny accent. Seeing her and Caitlin play off each other again worked well, especially as a vehicle for Caitlin to explore her insecurities about her value compared to the value of Killer Frost. 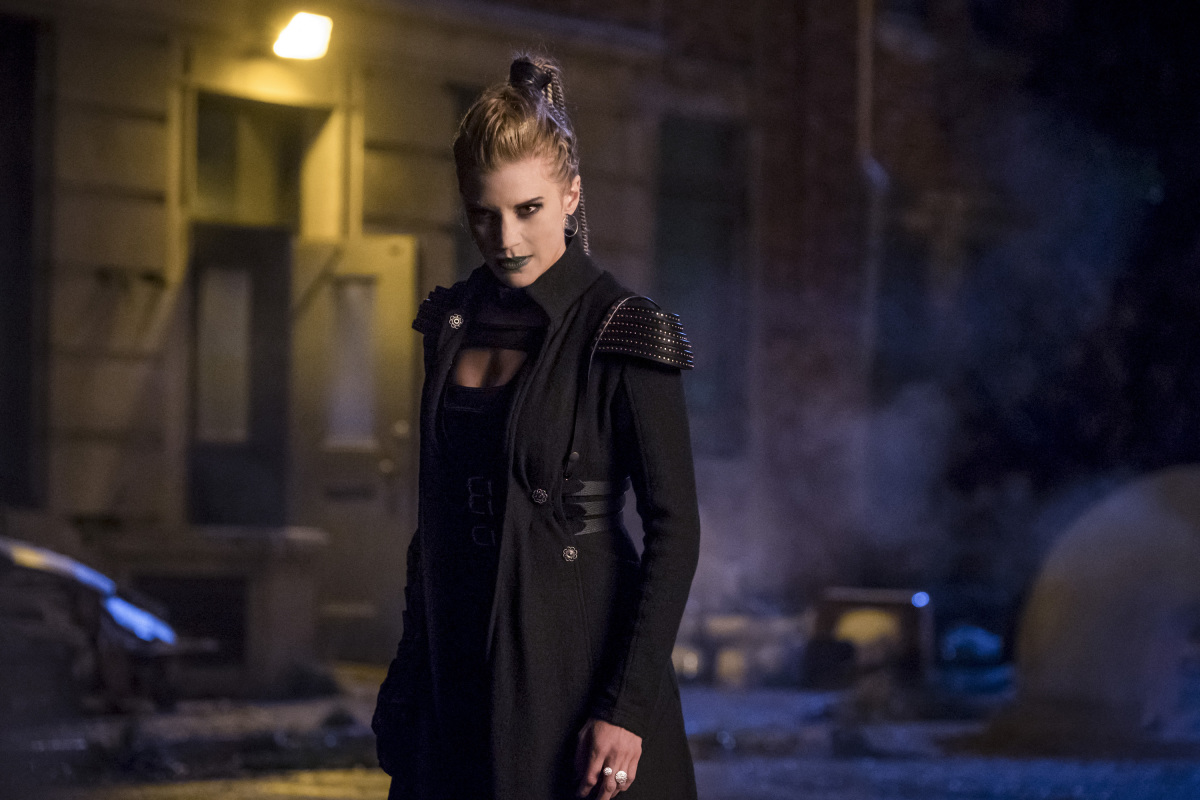 Having your friends potentially like your evil alter-ego more than you may not be a particularly high-stakes problem, but it has some relatable qualities to it. I feel kind of bad for Killer Frost, however, that everyone felt the need to say how terrible she was in order to play up Caitlin’s ego. Can’t we have room for both of them? Killer Frost needs some love too. 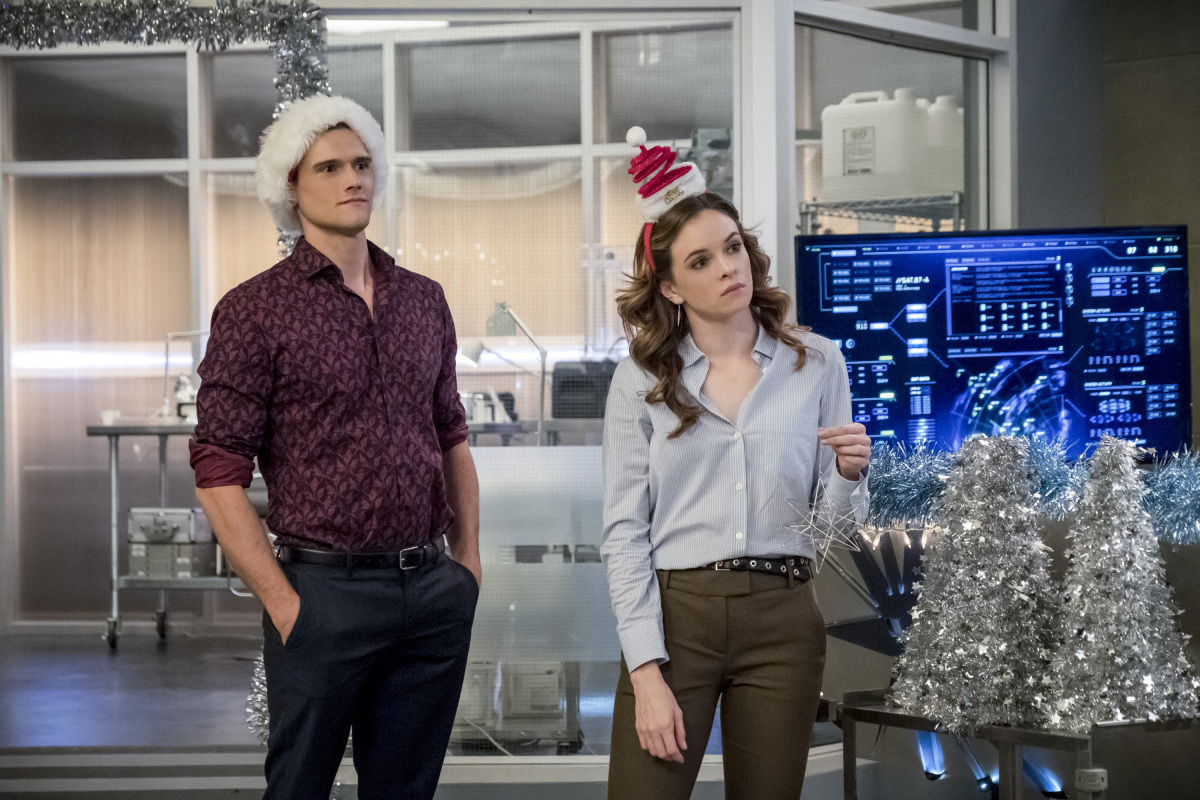 Heading into the midseason hiatus, things are looking complicated for Team Flash, but not as grim as they have in the past.  Barry may be behind bars, but this is a problem that exists within a system that has established rules, unlike some of the chaos Team Flash has had to deal with in the past. It’s also a villainous obstacle that we haven’t seen before from The Flash. It keeps the very sci-fi drama of DeVoe grounded in something real, at least for now.