Shelley Allen (Natasha Richardson) operates a hairdressing shop in Keighley with her domestic partner Sandra (Rachel Griffiths). Shelley has been battling cancer, a secret known only to Sandra and a few confidants. She receives a terminal prognosis from her oncologist and decides to hide the truth from Sandra. When Keighley is chosen to host the British hairdressing championship, Shelley wants to participate one last time. She asks her ex-husband Phil (Alan Rickman) and her son Brian (Josh Hartnett), who operate a barber shop, to join her and Sandra as a team to enter the competition. Phil rejects the proposition: ten years previously Shelley had been his partner in the competition, and she ran off with Sandra (their model) the night before the third event; Phil has never forgiven them. Meanwhile, defending champion Raymond Robertson (Bill Nighy) visits Phil to ensure that Phil is not competing. Brian is offput when Raymond belittles Phil’s confidence and ability. When he is attracted to Raymond’s beautiful daughter Christina (Rachael Leigh Cook), Brian offers to join Shelley’s team.

Christina aspires to be a hair colorist, but lacks experience. Brian brings her to a funeral parlor where he works, where she can practice on one of the corpses after hours while Brian cuts its hair. Christina is startled when the corpse “groans” (expels trapped gas in the lungs) and flees into the street. Brian follows to console her and inadvertently allows the doors to lock behind them. The next morning the family of the deceased is displeased to find shocking pink spiky hair on their 95-year-old uncle. During the first round of the competition, Brian is cornered by the relatives of the deceased and is physically beaten.  Shelley reveals to Phil and Brian that she has terminal cancer. Phil reconsiders and agrees to coach but not to cut. After Raymond’s team successfully cheats in the first round, Phil sabotages a second attempt in the second round, allowing the other top teams to narrow the gap to Raymond. Christina gains coloring experience using the sheep of the family that assaulted Brian. Brian however disowns her when he realizes she is helping Raymond cheat. The night before the third round, Sandra learns that Shelley’s cancer is terminal. Angry that Shelley lied to her, she quits the team. Shelley recruits one of her clients as the model for the third round and wins, moving the team into second place overall. Phil is congratulatory, but Shelley reveals that her motivation was not to win – she wanted the team effort to bond the four of them into a family before she dies. Phil agrees to participate in the final round; he also talks Sandra into rejoining the team. Christina cuts off most of her hair so that she cannot participate in her father’s scheme for the final round, and she and Brian reconcile. 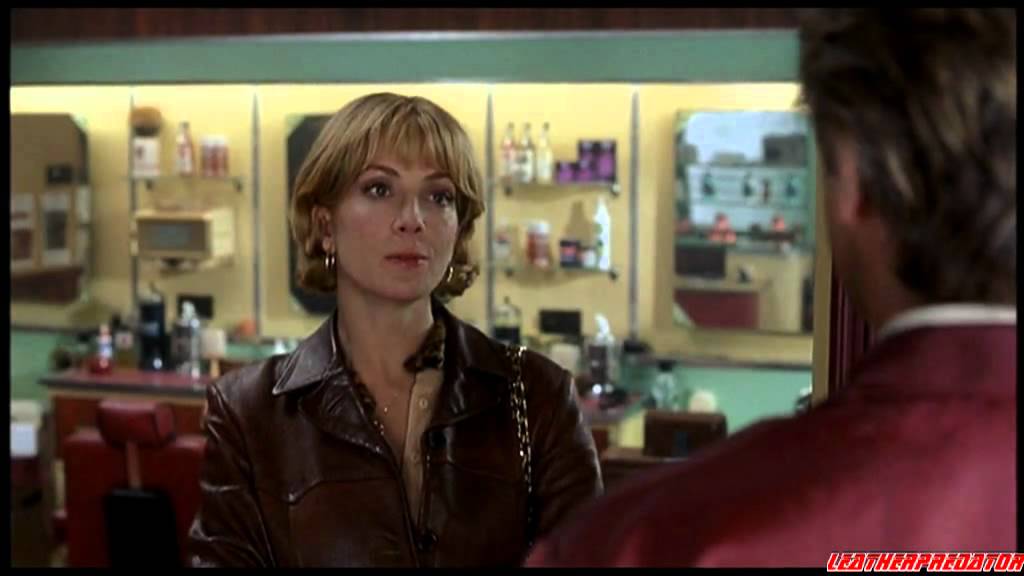 In the last round, Phil’s novel design includes shaving Sandra’s head to reveal an old scalp tattoo and applying body paint to her naked, winged body. The result snatches them the overall victory by one point. Shelley, Sandra, Phil, Brian and Christina leave the competition arm-in-arm as Keighley celebrates a hometown winner. 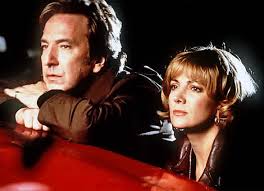 This film boasts an ensemble cast of talented stars and a very witty script. There is an interesting back-story for each character; some are silly, others poignant. Bill Nighy is an absolute riot as the flamboyant and unscrupulous hair diva, Rickman plays it serious as a poker-faced used-to-be, while Richardson is plucky as a lesbian with health issues. All of the smaller roles are gems, too, especially the uptight Keighley lord mayor (Warren Clarke) who sings Elvis, and Rosemary Harris as an elderly nursing home resident. This collection of eccentric characters competing in an over-the-top contest had me laughing from start to finish. Highly recommended.