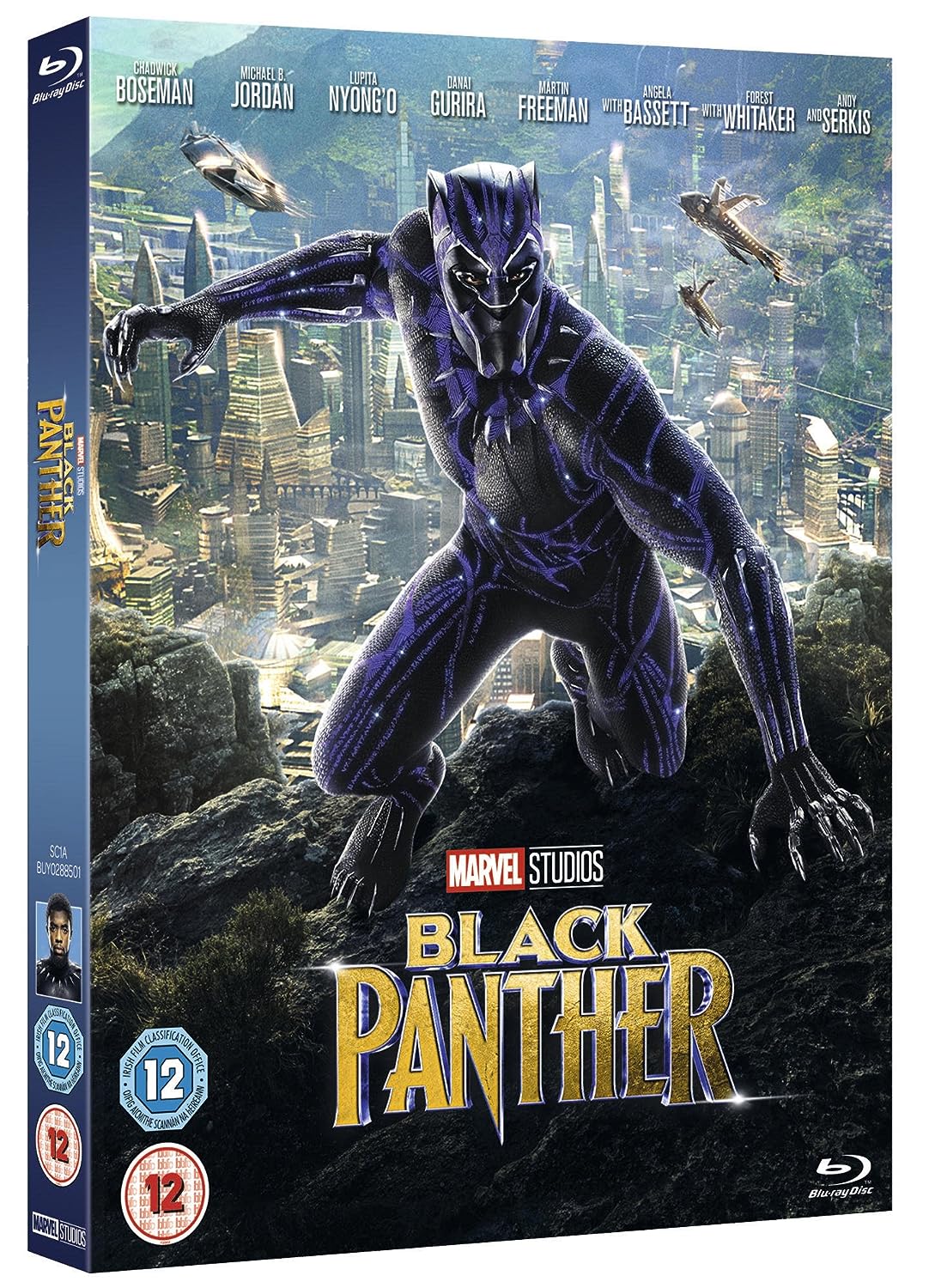 Five African tribes war over a meteorite containing vibranium. One warrior ingests a “heart-shaped herb” affected by the metal and gains superhuman abilities, becoming the first “Black Panther”. He unites all but the Jabari Tribe to form the nation of Wakanda. Over centuries, the Wakandans use the vibranium to develop advanced technology and isolate themselves from the world by posing as a Third World country.In 1992, King T’Chaka visits his brother N’Jobu, who is working undercover in Oakland, California. T’Chaka accuses N’Jobu of assisting black-market arms dealer Ulysses Klaue with stealing vibranium from Wakanda. N’Jobu’s partner reveals he is Zuri, another undercover Wakandan, and confirms T’Chaka’s suspicions.In the present day, following T’Chaka’s death, his son T’Challa returns to Wakanda to assume the throne. He and Okoye, the leader of the Dora Milaje regiment, extract T’Challa’s ex-lover Nakia from an undercover assignment so she can attend his coronation ceremony with his mother Ramonda and younger sister Shuri. At the ceremony, the Jabari Tribe’s leader M’Baku challenges T’Challa for the crown in ritual combat. T’Challa defeats M’Baku and persuades him to yield rather than die.When Klaue and Erik Stevens steal a Wakandan artifact from a London museum T’Challa’s friend and Okoye’s lover W’Kabi urges him to bring Klaue back alive. T’Challa, Okoye, and Nakia travel to Busan, South Korea, where Klaue plans to sell the artifact to CIA agent Everett K. Ross. A firefight erupts and Klaue attempts to flee but is caught by T’Challa, who reluctantly releases him to Ross’ custody. Klaue tells Ross that Wakanda’s international image is a front for a technologically advanced civilization. Erik attacks and extracts Klaue as Ross is gravely injured protecting Nakia. Rather than pursue Klaue, T’Challa takes Ross to Wakanda where their technology can save him.While Shuri heals Ross, T’Challa confronts Zuri about N’Jobu. Zuri explains that N’Jobu planned to share Wakanda’s technology with people of African descent around the world to help them conquer their oppressors. As T’Chaka arrested N’Jobu, the latter attacked Zuri and forced T’Chaka to kill him. T’Chaka ordered Zuri to lie that N’Jobu had disappeared and left behind N’Jobu’s American son in order to maintain the lie. This boy grew up to be Stevens, a U.S. black ops soldier who adopted the name “Killmonger”. Meanwhile, Killmonger kills Klaue and takes his body to Wakanda. He is brought before the tribal elders, revealing his identity and claim to the throne. Killmonger challenges T’Challa to ritual combat, where he kills Zuri, defeats T’Challa, and hurls him over a waterfall to his presumed death. Killmonger ingests the heart-shaped herb and orders the rest incinerated, but Nakia extracts one first. Killmonger, supported by W’Kabi and his army, prepares to distribute shipments of Wakandan weapons to operatives around the world.Nakia, Shuri, Ramonda, and Ross flee to the Jabari Tribe for aid. They find a comatose T’Challa, rescued by the Jabari in repayment for sparing M’Baku’s life. Healed by Nakia’s herb, T’Challa returns to fight Killmonger, who dons his own Black Panther suit and commands W’Kabi and his army to attack. Shuri, Nakia, and the Dora Milaje join T’Challa, while Ross remotely pilots a jet and shoots down the planes carrying the vibranium weapons. M’Baku and the Jabari arrive to reinforce T’Challa. Confronted by Okoye, W’Kabi and his army stand down. Fighting in Wakanda’s vibranium mine, T’Challa disrupts Killmonger’s suit and stabs him. Killmonger refuses to be healed, choosing to die a free man rather than be incarcerated.T’Challa establishes an outreach center at the building where N’Jobu died, to be run by Nakia and Shuri. In a mid-credits scene, T’Challa appears before the United Nations to reveal Wakanda’s true nature to the world. In a post-credits scene, Shuri helps Bucky Barnes with his recuperation.Like many others, i have waited for months for Black Panther to come out. Although i was incredibly excited, a little part of was worried that the movie wouldn’t live up to the expectations placed upon it. But boy, did it blow my mind. It ended up surpassing my expectation by miles (and i was expecting a lot). It was truly an exquisite film. Chad Boswick acting as the Black Panther was perfection…not one thing was forced, everything he did, he did with grace and ease. Danai Gurira as Okoye was beyond words; she was fierce, elegant and a total badass. Lupita Nypngo, Letita Wright, Micheal B Jordan, Martin Freeman etc..were incredibly as well. The heartfelt acting shined through every actor and actress. The visuals were glorious, the portrayal of African culture in all its beautiful halo was something of a sight to behold.  This is a film that is educational, honest, visually stunning, humbling and historical. It does not bullshit or gloss up. Do yourself a favor and go watch it.