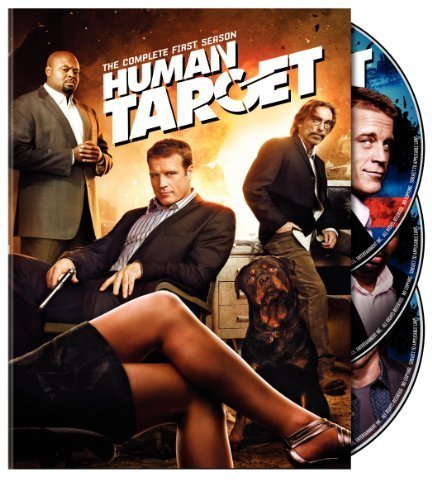 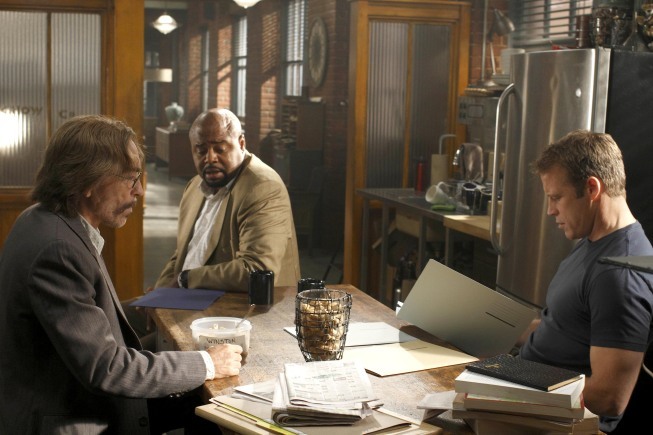 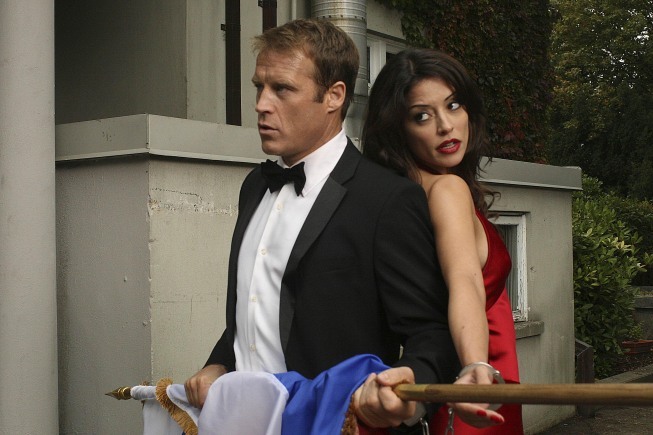 Human Target was definitely one of the most surprising new series this season. Comic book stories don’t often translate well to the small screen, but this one bucked all the trends and exceeded expectations by consistently producing hot action, fascinating characters, and a good number of laughs too. 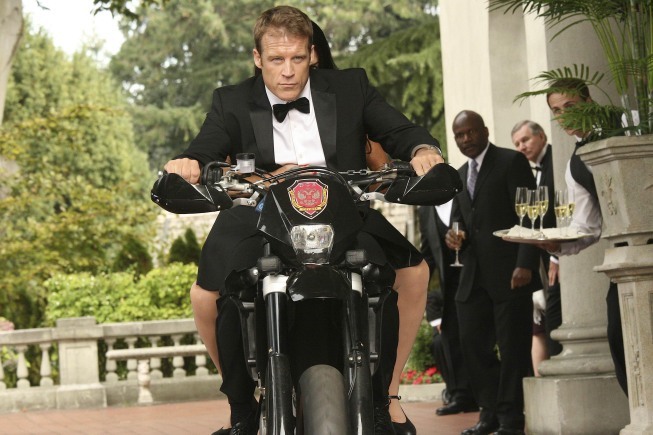 It started out with a pilot episode that wasted no time getting into the action. Fast paced events on a runaway train got things started with a bang. Right away, the series showed the kind of amazing action scenes that would make it an exciting watch every week. The second episode, “Rewind”, kept the pedal to the metal in an episode that had high-flying action on a plane, although things did get a little ridiculous with the plane flying upside down for an extended time. 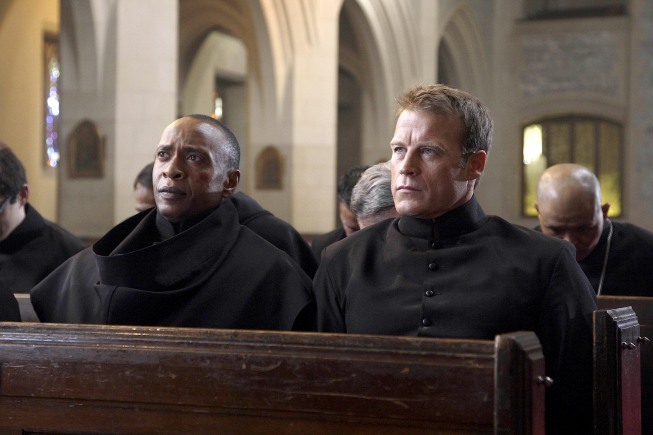 The main characters quickly became fan favorites, thanks to witty dialogue and excellent acting work by the great trio of Mark Valley, Chi McBride, and Jackie Earle Haley. While Chance takes the lead in these episodes, his buddies (with shady pasts of their own) do a lot in their supportive roles. Winston and Guerrero have unique skills that are always employed in clever ways in the series, and they have a special kind of friendly-yet-combative relationship that provided most of the comedy relief in the show. The series also featured a number of intriguing guest stars, including many familiar faces from the sci-fi world. We saw Battlestar Galactica stars Tricia Helfer, Alessandro Juliani, Grace Park, and Donnelly Rhodes, along with two stars from The X-Files – Mitch Pillegi and a surprising appearance from William B. Davis (the infamous Cigarette Smoking Man). 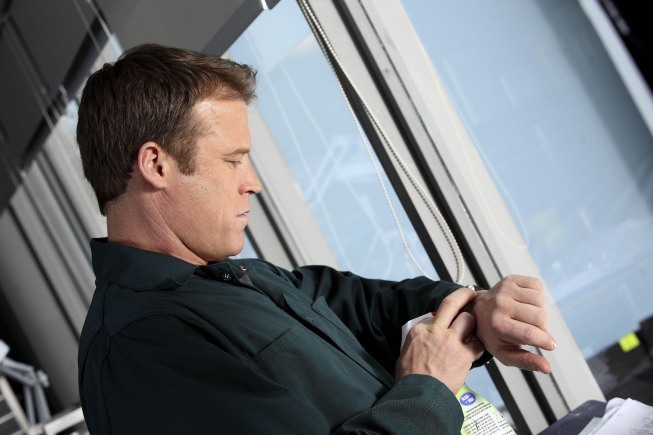 At first, Human Target focused on a string of unrelated stories that followed the same effective formula—show the client, show the bad guys, have Chance and his pals save the day. But, although the standalone stories were entertaining, the “rescue of the week” routine quickly started to get tired, and the show often made heavy use of TV tropes and cliches (hot babes of the week, one dimensional antagonists, and slow motion explosions just to name a few). Fortunately, the show’s producers were aware of the limits of their plot devices and developed an overarching mythology that started to be revealed a few episodes into the season. 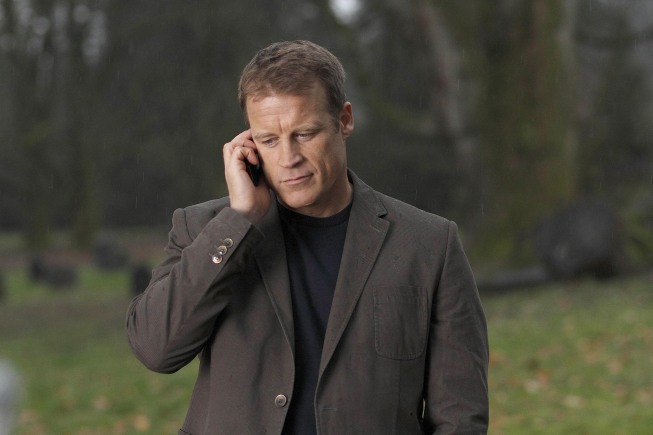 The story slowly started to turn into a tale of redemption, friendship, and life choices as the show gradually revealed bits and pieces of the backgrounds of the characters. In the beginning, there were just casual mentions of what the cast of main characters used to do. Then, in “Sanctuary”, the series mythology kicked into full gear with a side-story featuring Guerrero spying around in Chance and Winston’s files for a mysterious employer. This plot accomplished two things: it revealed a serious threat to Chance, and displayed Guerrero as ruthless when it comes to his job and his friends. Guerrero in general is a very different take on the “geeky computer spy” role, and his moment in the spotlight at the end of that episode really helped define the character. It’s a standout role that Jackie Earle Haley nailed every time. 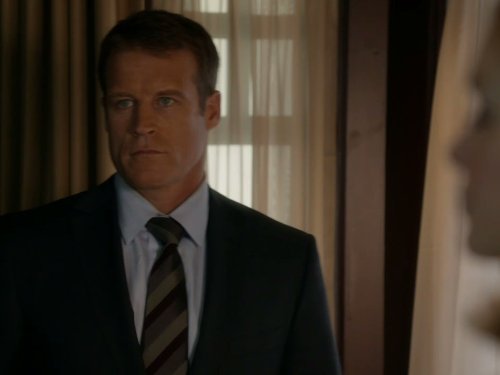 Further character development came in the form of a “bromance” between Winston and Chance that was detailed in “Corner Man”, and a personal vendetta with a former friend, coworker, and assassin named Baptiste that gave us our deepest look yet into what personally drives Chance. 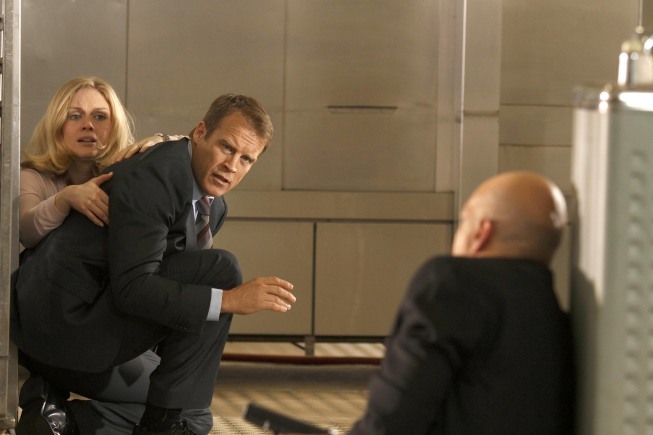 All of this buildup led us perfectly into the season finale, which exposed the history of the Christopher Chance name, and revealed all the players behind Chance’s past work and his change of heart. This was a well-crafted story that ended with a great cliffhanger. It’s a great setup for a second season, and let there be no doubt that this series does indeed deserve to be renewed. It’s interesting, exciting, and if it continues to improve, it could become a prime candidate to replace 24 as Fox’s top action show.

An old-fashioned comedy geared towards teens, “Win a Date With Tad Hamilton!” didn’t connect with audiences, but this lightweight comedy deserved a bit more of a following. The picture is certainly no classic, but there’s a few appealing performances, clever gags and occasional moments of sharply funny dialogue. The picture stars Kate Bosworth (“Blue Crush”) as Rosalee Futch, a small-town West Virginia cashier smitten with movie star Tad Hamilton (Josh Duhamel  “Transformers”). When Hamilton’s agents decide that his days of wine and women are over, they come up with a contest idea where one winner will be flown out to go on a date with the actor. Watching from the sidelines is her co-worker, Pete Monash (Topher Grace), who’s never told Rosalee his feelings about her.

While the date goes well, there’s something about the pure, West Virginia goodness of Rosalee that appeals to Tad, prompting him to purchase a place in her small town and spark a war between him and Pete over Rosalee. Standard romantic comedy fare, but played well.

The film’s performances go a fairly long way in pushing the film past the fact that most will feel as if they’ve seen some variation of this story a thousand times. Grace (of “That 70’s Show”) amps up his usual delivery and timing, resulting in some terrifically funny moments.  I greatly enjoyed Bosworth in “Blue Crush”, where she portrayed that character with a great deal of determination and heart. Here, her small town character is sweet and genuine, topped off with Bosworth’s charm and smile.

Win a Date With Tad Hamilton! is a nice, sweet little movie with a few big laughs, fine performances and charm.